Seven Ways of Greeting Each Other Around the World

Seven Ways of Greeting Each Other Around the World

To prevent the spread coronavirus, we’ve had to get creative with the way we greet one another. We’ve swapped the firm handshakes, the polite kisses, and the deep hugs for lower-risk gestures including foot bumps and air high-fives. However, for some cultures, no-contact greetings already exist and are deeply rooted within their traditions, practices, and rituals.

The phrase ‘namaste’ is used often in Western culture, ushered at the end of yoga classes and pasted onto t-shirts sold in big-brand stores. However, the history of the gesture dates back several thousands of years, first originating in India.

The Sanskrit term means to ‘bend or bow to you’. When used in greeting, a person bows the head ever-so-slightly with their hands together in prayer. This translates to ‘the Divine with me bows to the same Divine within you.’ The gesture is considered as a mark of respect and gratitude.

It’s believed that the movement also protects the individual who’s performing it. By folding your hands together, your energy is safe and protected.

As well as in India, the motion is widely used in the parts of Southeast Asia where Indian religions are widespread and strong. 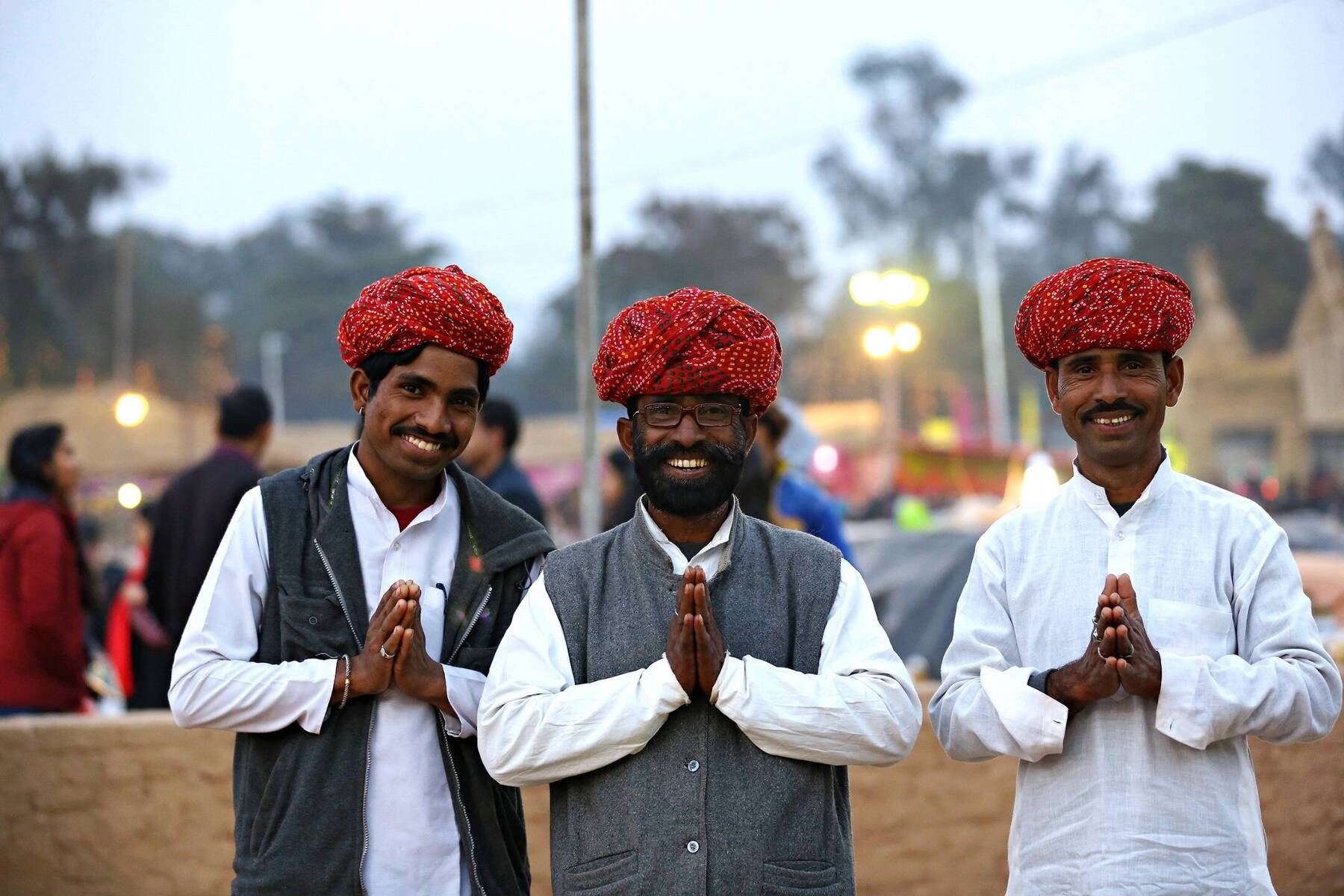 While in many cultures sticking out the tongue at someone is considered rude, in Tibet, this is a customary greeting.

To the contrary, sticking out one’s tongue is a sign of respect or agreement in traditional Tibetan civilisation.

Why you may ask? Well, it all comes down to a very cruel king.

According to Tibetan folklore, a wicked ninth-century Tibetan king possessed a blackened tongue. To prove they weren’t like him, citizens poked their tongue out in resistance. In time, the greeting caught on and was adopted by the crowds. 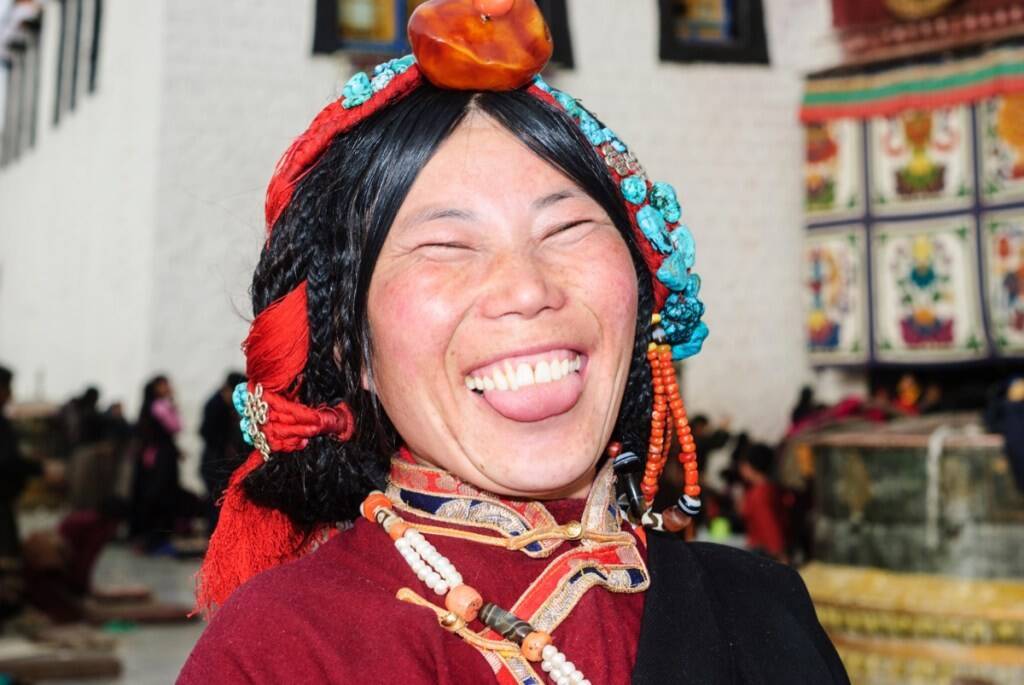 The Salaam of Islam

Peace is the very core of Islamic culture, and the ‘salaam’ translates to a gesture or greeting of respect in many Arabic-speaking and Muslim countries.

Many ‘salaams’ do involve touch, and within many Muslim families and communities, it’s normal for family members or those of the same gender to greet each other with a handshake, hug, or several cheek kisses.

However, physical touch isn’t necessary. In many circumstances, a no-contact salaam is appropriate out of respect for the personal boundaries or values of the individual you’re meeting. An alternative is to simply place your right hand to your heart as a greeting.

The heart is viewed as a sacred and important symbol in Islamic tradition, so such a greeting is sure to be appreciated. 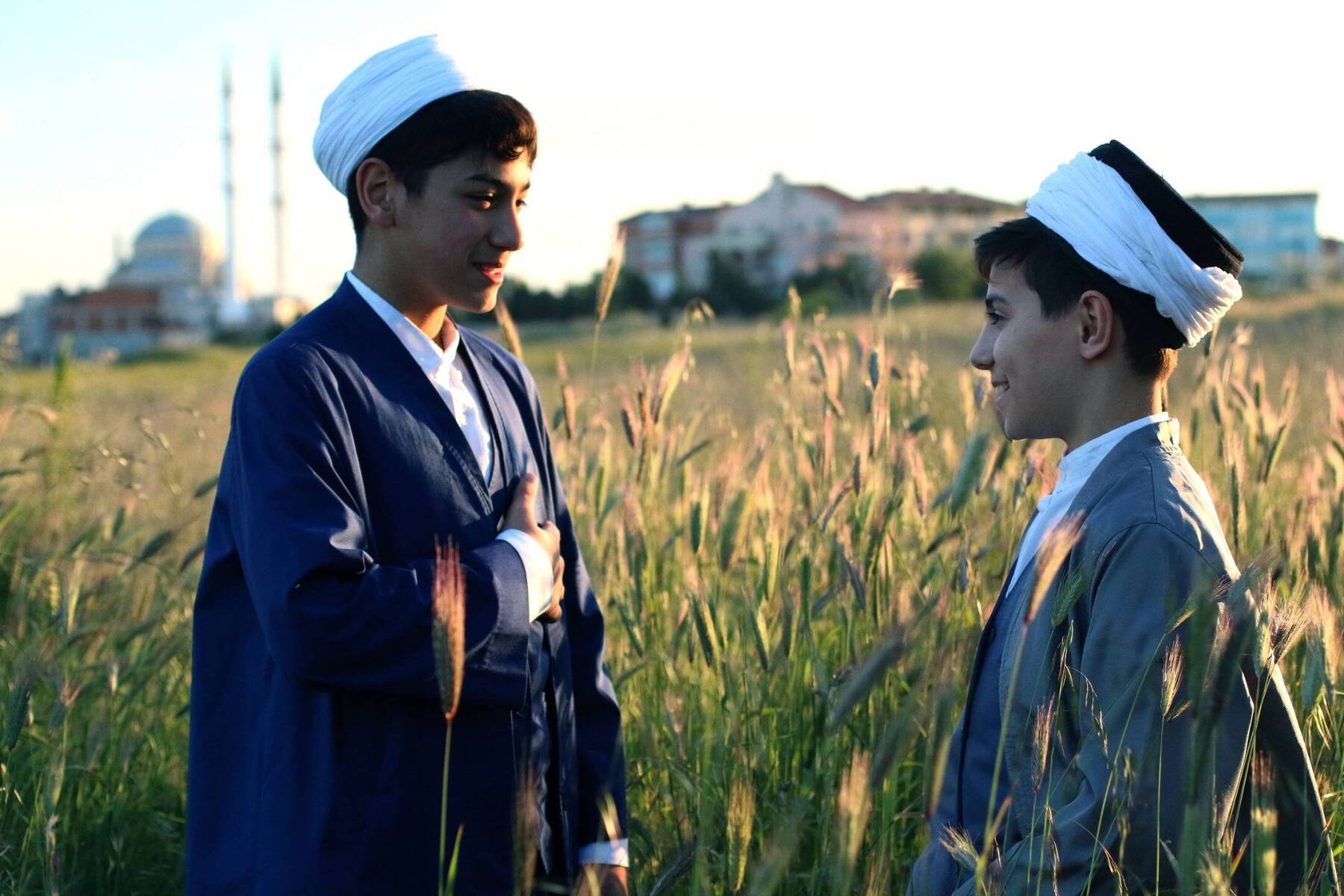 The Zimbabwean ‘Clap Your Hands’

In Zimbabwe, residents include applause as part of their greeting by clapping their hands when meeting.

The routine goes like this: the first person claps their hands once with the second person following twice in response. You can also say ‘mulibwanji’ any time of the day, or ‘mwakabwanji’ early on, meaning good morning. Just be careful how hard you hit those palms together.

Traditionally, men clap with their fingers and palms aligned, while women have their hands at an angle.

Zimbabwe isn’t the only country where hand clapping is used as a greeting either. In Northern Mozambique, locals also clap, but instead, they slap their palms together three times before saying ‘moni’. This translates as a simple ‘hello’. 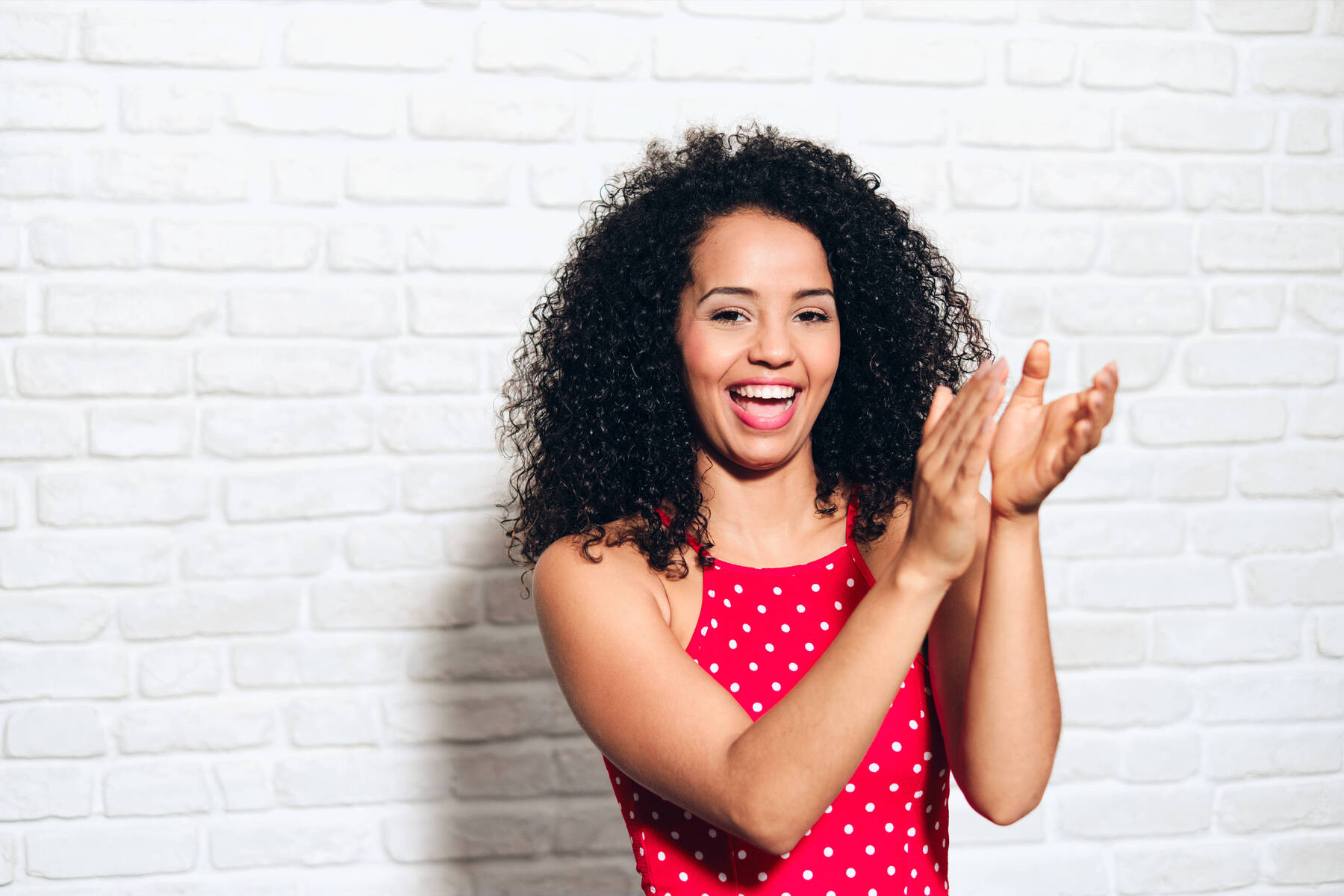 Across Thailand, people greet using the traditional ‘Wai’ bow. This involves a slight bow of the head with one’s hands together in front.

The customary greeting reflects the influence of Hinduism and Buddhism on Thai culture in both the past and present. Historically, the Wai was used to show that the performer is open, carries no weapons, and comes in peace.

When it comes to performing the greeting, the higher you place your hands the more respect you’re displaying.

The Thai Wai isn’t just used to say hello though. A diverse gesture, the Wai can be used in many other means, from traditional dance performances to apologies to loved ones. 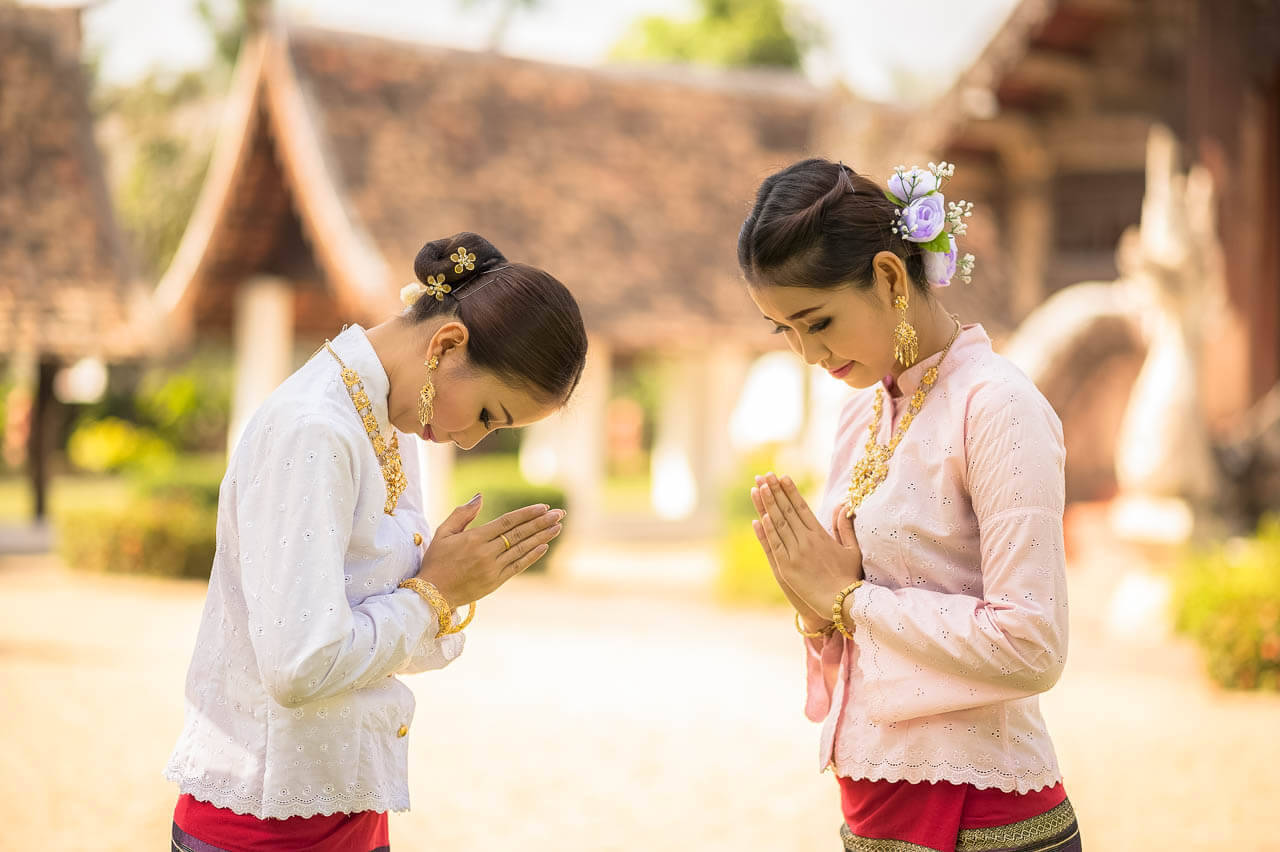 For some cultures, like within the Lakota Native American tribe, intentionally avoiding physical touch can be viewed as conveying respect.

While a soft, fingertip handshake is often used as a greeting in the tribe, members are taught to avoid physical touch and eye contact when meeting in-laws or cousins of the opposite sex.

While in many Western cultures this may be considered rude, within the Lakota culture it’s the opposite. Avoidance practices originate from a place of respect to help maintain appropriate boundaries in large communities. As many members of the tribe lived in close networks or in families that were multigenerational, the idea of avoidance is simply a part of working social order.

While these traditions aren’t as common anymore, for some families and communities, these practices are still followed today. 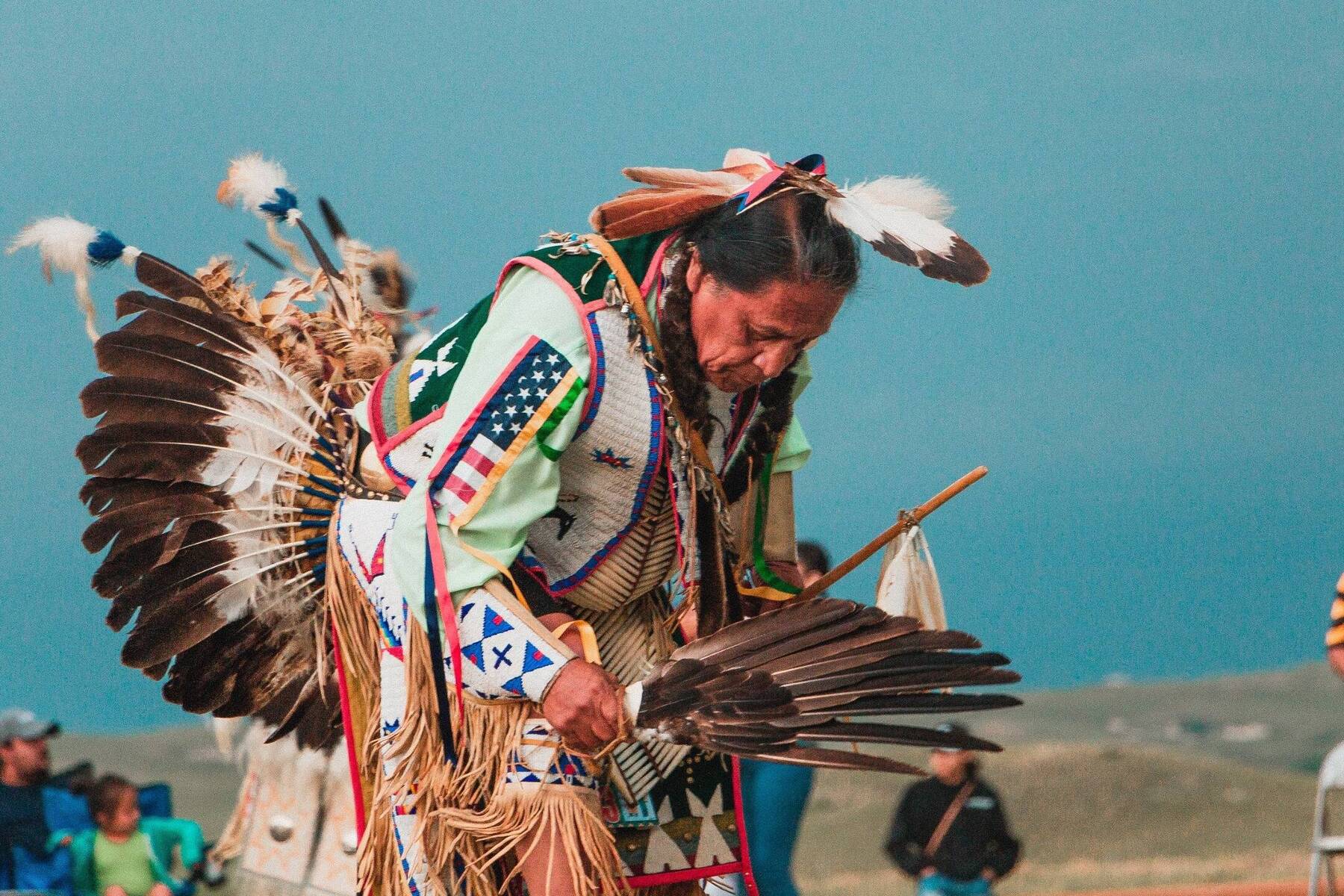 The Japanese bow is now recognised as the traditional non-verbal greeting of the country.

First introduced to Japan in the seventh century from China, the act was initially practised by the noble class. However, it was picked up among the samurai warrior class from the 12th century.

To perform a strong Japanese bow, the head must be lowered to a degree that represents your suggested message. This is whether you’re saying hello, greeting a superior, or displaying sorrow.

When you bow, you must bow with your head down which shows you have no desire to assault or attack the person you’re greeting. The degree to how far you bend represents your message. For example, to greet hello, the torso should bend from the hips at 15 degrees. To communicate your deepest sorrows, respect, or apologies, bend to 45 degrees. 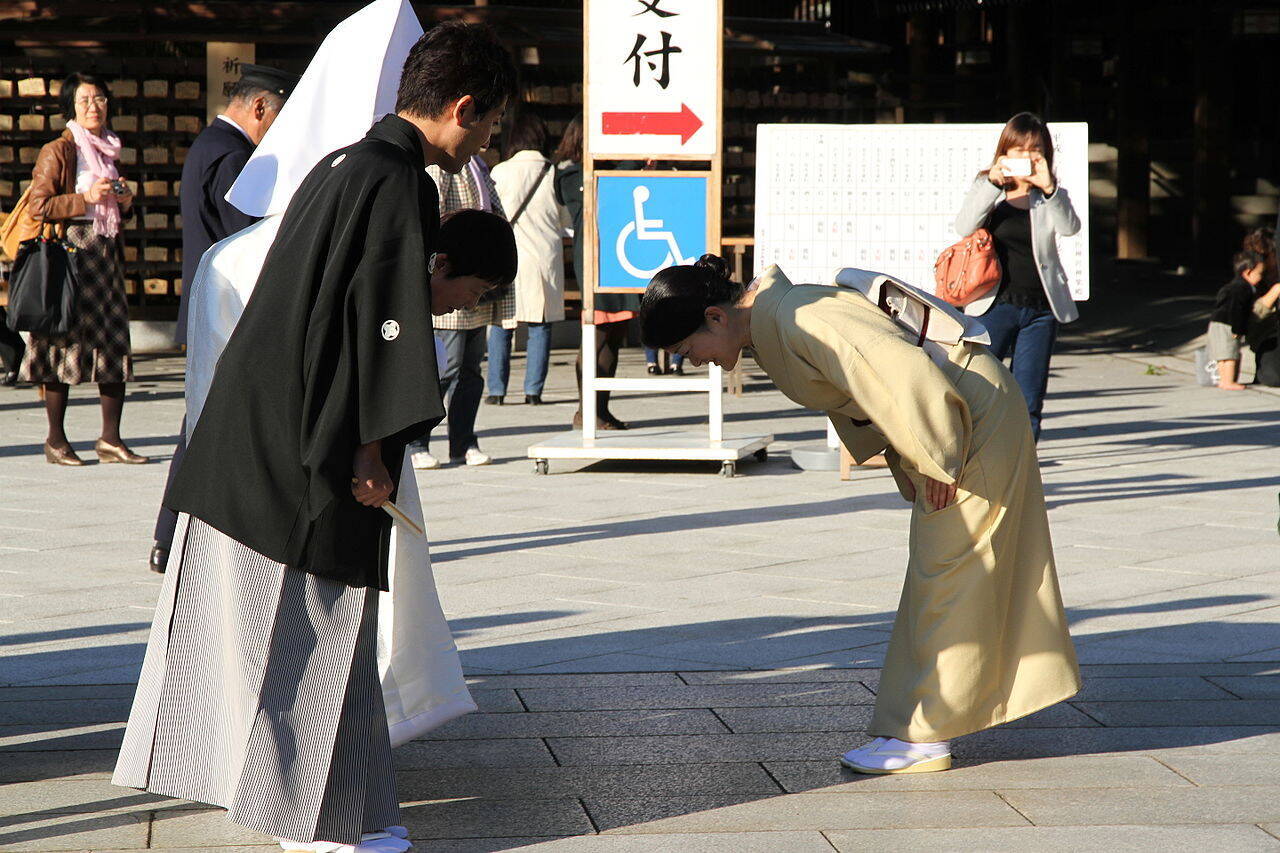