What They Did In Isolation

What They Did In Isolation

From artists to scientists, writers and feminist icons, history teaches us that isolation can be a peculiar kind of inspiration to some people. Through isolation, the world has been gifted great plays, beautiful poems, new ways of interpreting the world around us and enduring art that touches and inspires us still today. But please don’t by any means take these stories as a call to action to finish a great epic or to solve life’s great mysteries. Rather look to them for strength and inspiration during these troubling times.

As an opposer of Napoleon III and the coup d'état of 2 December 1851, Victor Hugo spent almost 20 years exiled from France. First in Brussels, then Jersey and finally, as of a rainy, windswept and foggy day in October 1855, the rocky isle of Guernsey where he spent more than 15 years.

Aside from the huge catalogue of writing that he completed on the island, he took up another project which I hope can provide inspiration for those interred in their homes: the interior decoration of his villa — Hauteville House (open to the public in the summer when we’re able to travel again), which took some six years to complete. The villa’s striking heavy layers of woodwork are draped in magnificent tapestries. Walls are enhanced with red silks, tiles punctuated by large mirrors. Stairwells are crowned by elegant chandeliers, beds decorated with skulls. Ship’s chests are joined together to mantlepieces, chair backs have been reimagined as elegant window frames, and words like “Exilium vita est” (life is exile) are carved in large bold letters into wall panels — evoking a similar feeling to the wall carvings found in ancient prisons like the Tower of London or the Doge's Palace in Venice — always hinting at the writer’s isolation. This symphony of visual noise results in a glorious aesthetic story of Hugo’s isolated life. It uses layers of gothic, renaissance and baroque with little regard to historical accuracy, but creates a beautifully unique vision that gives a direct insight into his imagination and how he spent his time in exile.

While on Guernsey, Victor Hugo crafted a great many works, many of which were politically charged and ever disdainful of Napoleon III and his Second Empire. Most notable is his collection of poems Les Châtiments, the epic La Légende des siècles, and of course, Les Miserables, which he had earlier abandoned, taking almost two decades to finally complete. But perhaps the most relatable of his writings, for those of us in isolation, is this simple statement taken from one of his letters: 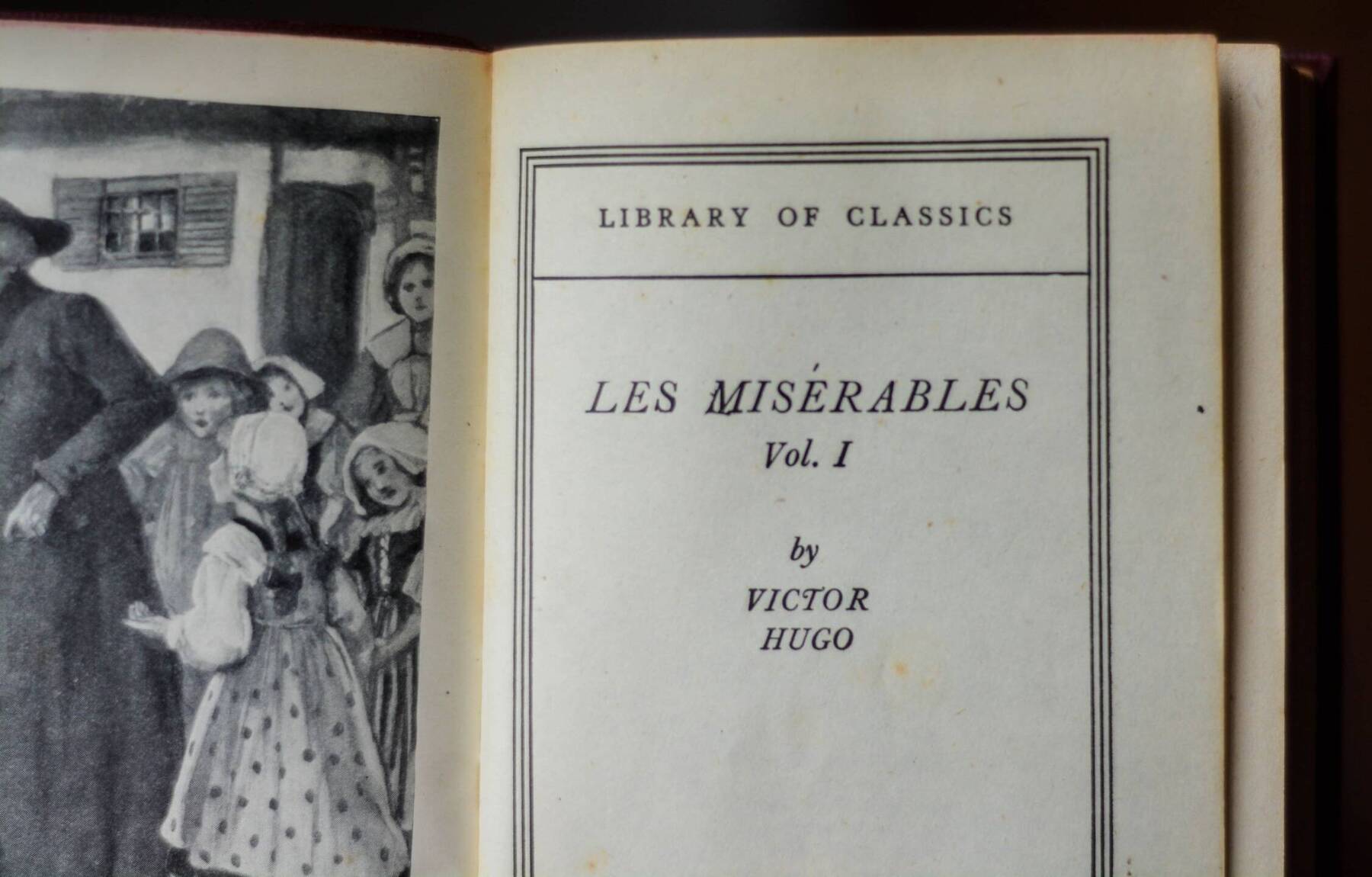 Shakespeare is to the English what Victor Hugo is to the French, therefore it’s only right to point out that they both spent time in isolation, and that both were incredibly productive even during terribly dark times. In fact, anyone scouring social media recently will have seen so many references to Shakespeare writing King Lear while the plague kept the Globe’s curtains drawn. But of course, much of Shakespeare’s life was besieged by one plague or another, sometimes keeping theatres intermittently closed for years at a time. And so it’s unsurprising that other notable works such as Macbeth and Antony and Cleopatra are also thought to have been written during extended periods of isolation.

But perhaps more interesting to those hoping to take up a new project at least, is when during the plague outbreak of June 1592, the theatres were closed for nearly six months and Shakespeare found a patron and turned to poetry for the first time in his career. It was then that he penned the narrative poems The Rape of Lucrece, and Venus and Adonis. 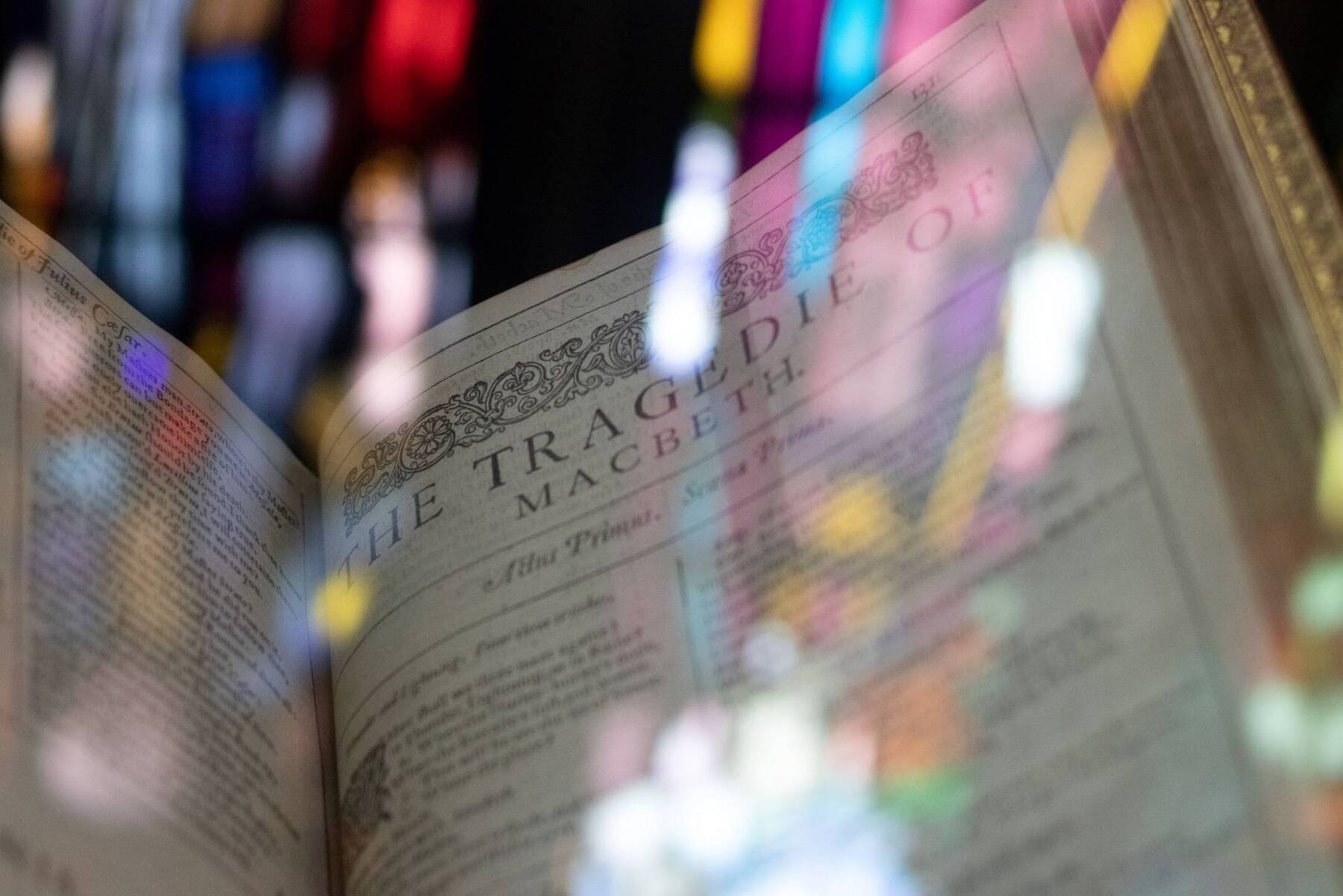 Frida Kahlo once said “I paint self-portraits because I am so often alone,” and while she was never a victim of a plague or banished to exile, the artist lived a life riddled with pain, bed-ridden for months at a time (beginning when she contracted Polio as a child), her body left yet further broken from a tragic bus accident as a teenager and the lingering damage from her illness. So while Kahlo’s story is quite different to the others on this list, it’s safe to say that in life, we encounter untold forms of isolation, both physical and mental, our skies darkened by wars, plagues and singular depressions… all different, but all challenges to overcome however we can.

It was during her recovery as a teenager that Frida Kahlo began painting in a more artistic light (she was hoping to become a medical illustrator before this), committing herself to artistic expression by observing herself through overhead mirrors in her bed — becoming her “own muse”. But throughout her life, she was often forced to wear body casts (plaster corsets) to support her frail spine, and it's in these corsets that we find some of her most thought-provoking works of art. She treated the casts as canvases even as they sat tightly wrapped around her body, adorning them with delicately drawn roses and leaves, painting them with red sickles and surreal gardens, and carving holes into them — reminding us of the grave, life-altering injuries she had suffered.

For future reference, many of Kahlo’s casts and corsets are kept in the fascinating Blue House in Mexico City. 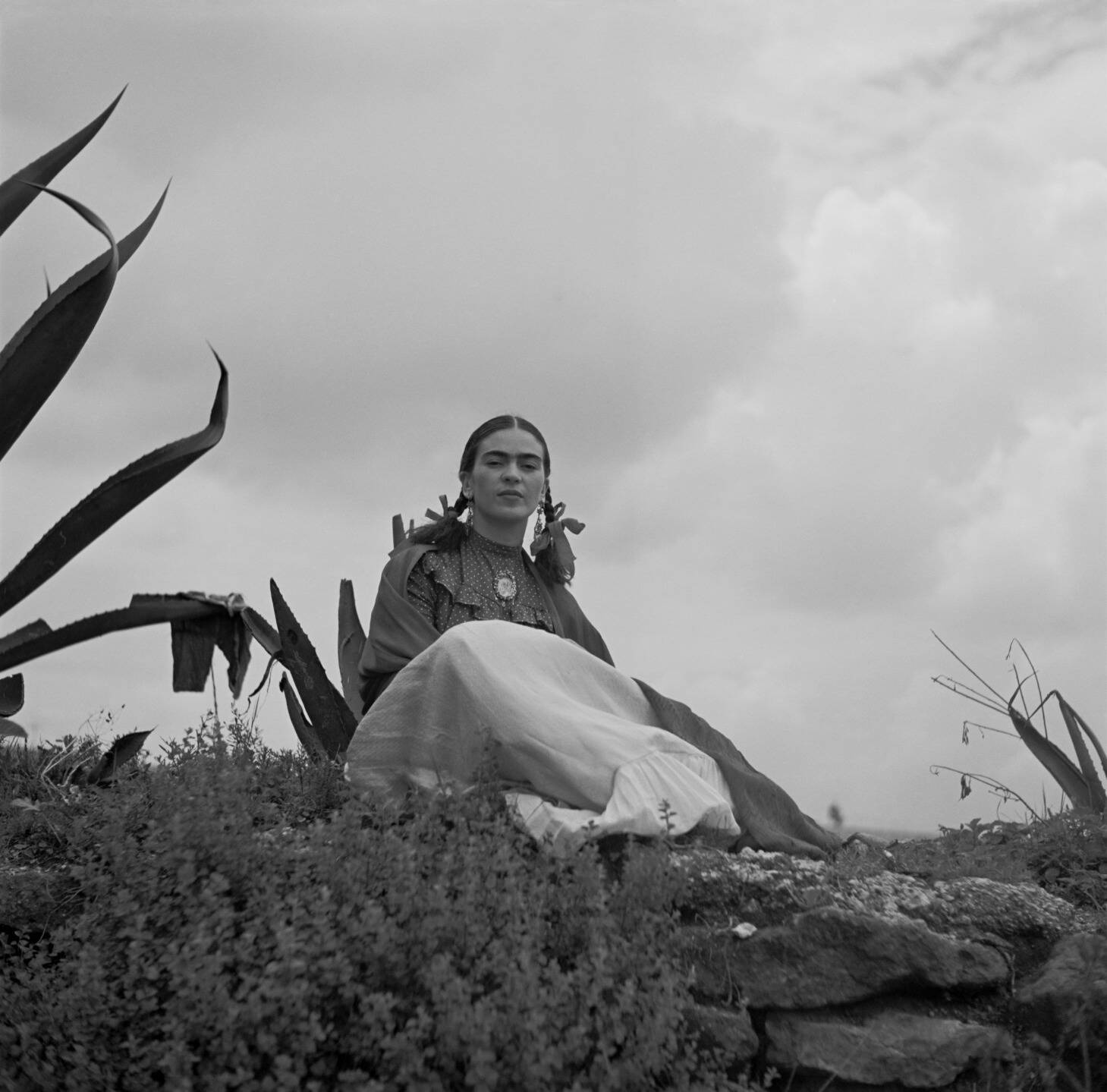 An entire village in Yorkshire (Eyam) distanced itself from society during the Great Plague as did others, such as Shakespeare (see above), all around the world, but perhaps most notable of the lot — because of the enduring legacy left by his work — was a young Sir Isaac Newton, a student of Trinity College Cambridge, who locked himself away in Woolsthorpe Manor while the plague ravaged England. And while there it seems he spent his days languidly. Immersed in thought, focused on research, refining theories. Days of pure contemplation. And on one of those days spent isolated in the manor, he chose to sit in the apple orchid, where he observed an apple as it fell from a tree. Being a thinker, this, of course, led him to ponder why apples always fall straight to the ground (rather than sideways or upwards), and thus served as inspiration for his law of universal gravitation.

Legend, as legend often does, tells the story slightly differently, and now almost everyone knows the story of an apple hitting Sir Isaac Newton on the head, but as any Cambridge gondolier worth their weight will tell you: that’s just conjecture or embellishment. He simply saw an apple fall from the tree. It most likely didn’t whack him on the noggin…. but either way, it might have never happened if he wasn’t locked away, isolated from the world. 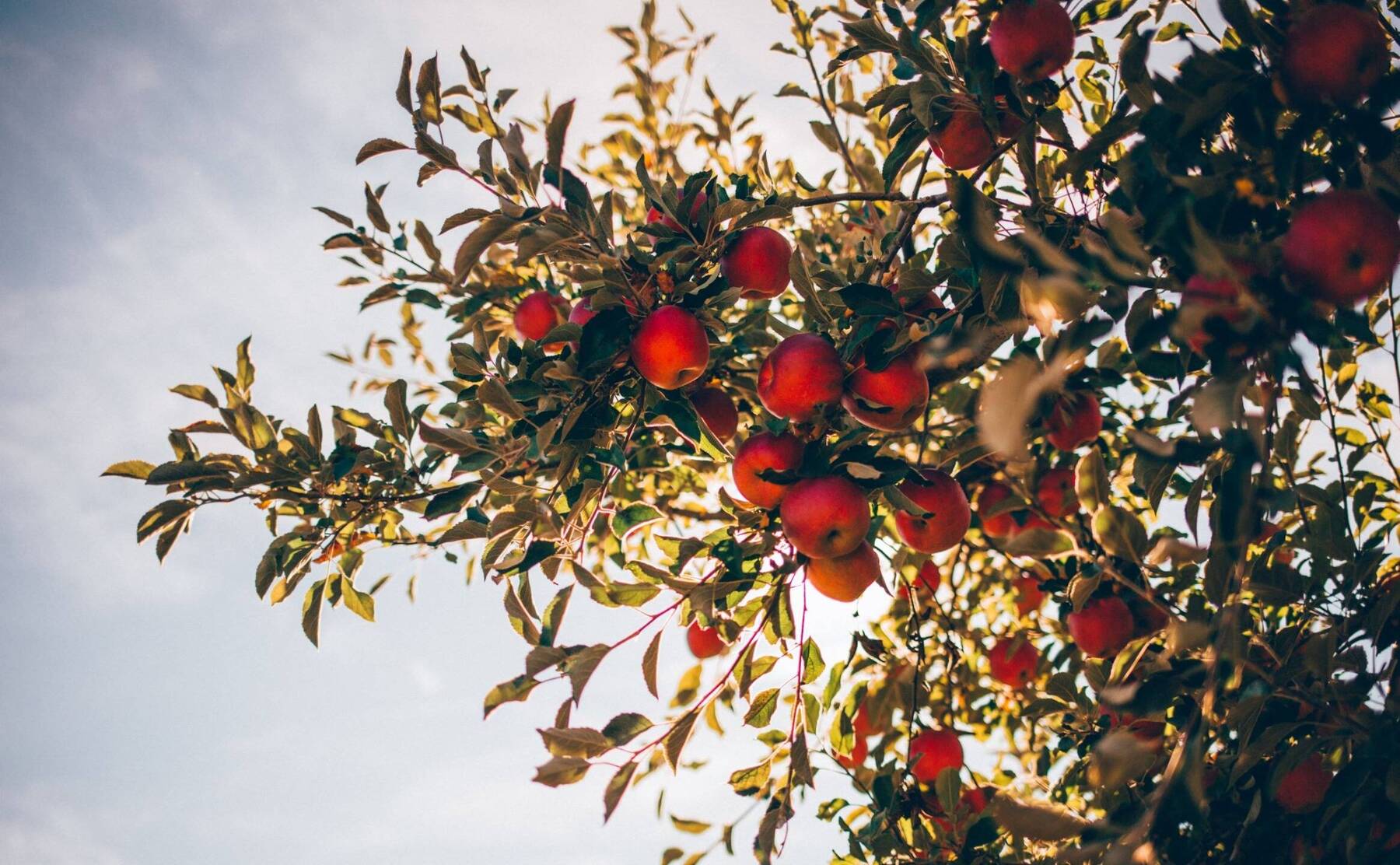