Medieval splendour on the Adriatic

Medieval splendour on the Adriatic

Feast your senses on Dubrovnik’s city walls, old town, Mount Srd, gourmet restaurants, and buzzing bars. The pine forests, olive groves, and ancient history of Lopud, Koločep, and Sipan ‒ all part of the Elafiti Archipelago ‒ are a short sail away, perfect for day trips or weekend excursions.

The best place to see Croatia’s 13th-century capital is from the 1,361-foot summit of Mount Srd. Take the cable car or drive up serpentine roads offering vertigo-inducing vistas at every turn. From here, you can see the old town’s red rooftops, medieval fortifications, craggy bluffs, hidden coves, and the islands of Lokrum and Elafiti set like emeralds in the sparkling Adriatic.

The steps up the 1.3-mile long, 700-year-old city walls are steep but the circular two-hour walk around the perimeters offers spectacular views from Minceta Tower and the 11th-century Lovrijenac Fort. Get to the ticket office by 8 am to minimise the hordes.

Down below, toddlers chase pigeons across the cobbles of Stradun buffed smooth by centuries of pedestrians. Merchants lined this marble promenade in the Middle Ages. Before that, it was a canal. Now tourists browse souvenir stalls and find shade at the secluded Franciscan monastery, Rector’s Palace, and Onofrio’s Fountain where the water is fresh enough to drink.

Dubrovnik’s rooftops bear testament to the 1991 Yugoslavian Siege. The original orange tiles make up less than a third of the old town, while the bright red ones mark the bombed-out buildings since restored to glory. Scars from Serbian shells are still visible but with Monty Python’s Always Look on the Bright Side blaring out from a loudspeaker near the church, the war seems long ago and far away. There’s the Museum of Croatian War Independence and a monument to liberty outside the tourist office, but Dubrovnik’s 40 000 inhabitants have moved on. Today for every stone battlement, a traditional wooden-beamed konoba (tavern) or café caters for bikini babes and surfer dudes in shorts.

A favourite is the Mala Buza bar, reached via a secret door within the castle wall. Only a narrow railing separates its cliff-hewn terrace from the sea. After an Ozujsko beer, a dive off the rocks will cool you down a treat.

Lunch sumptuously at Gradska Kavana Arsenal overlooking the harbour where cats snooze on cool shady stones and the lemony aroma of sizzling calamari fills the air. If you’re craving Japanese cuisine, the Oyster & Sushi Bar Bota in the little alley next to the Cathedral is worth a splurge.

Hotels and self-catering villas abound with five-star pampering from the Valamar Dubrovnik President Hotel. Otherwise just bring your own yacht, as Beyoncé did, to experience this Dalmatian sensation for yourself. 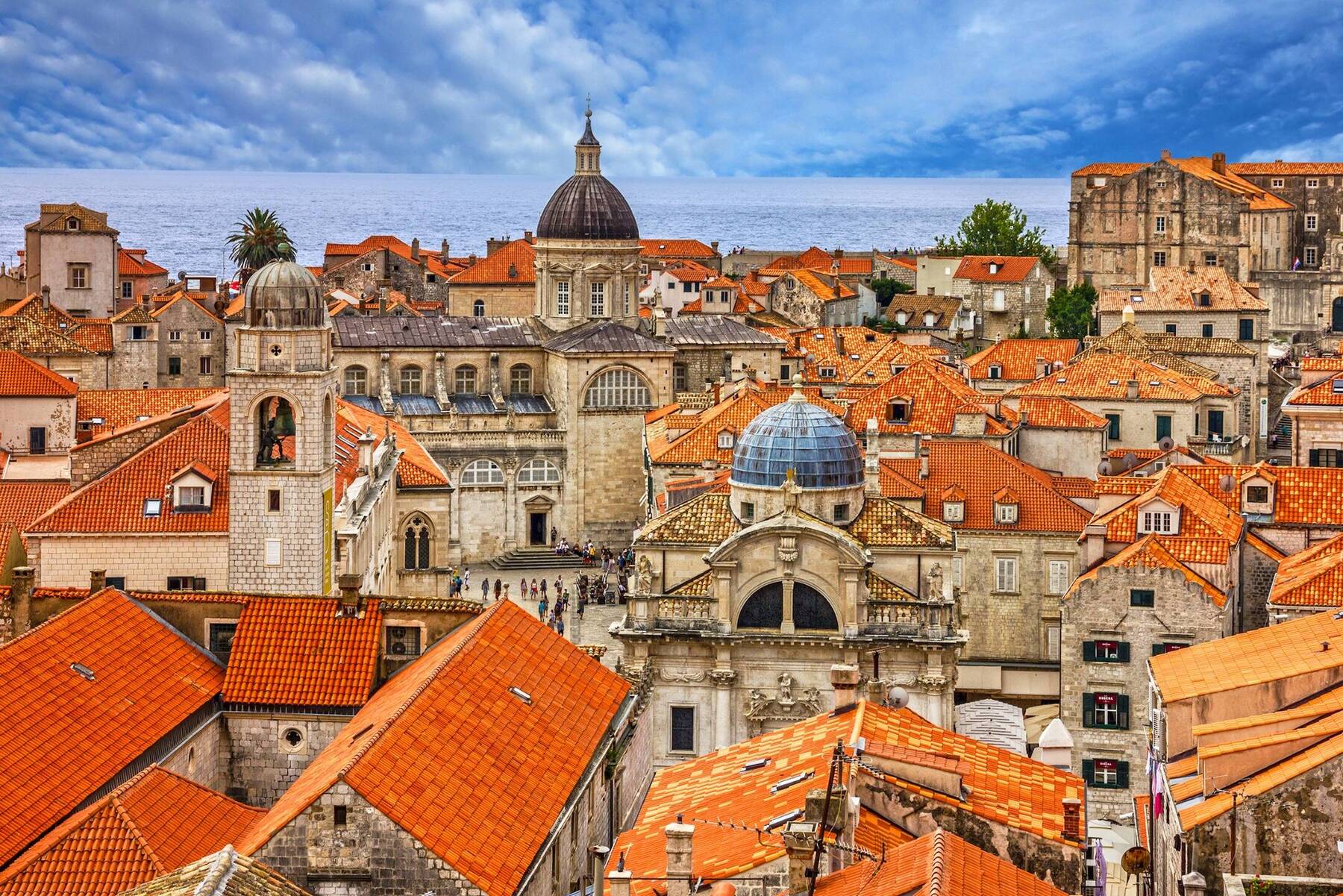 Evergreens shade a limestone promenade against a mountainous backdrop and you can snorkel or kayak through towering rocks, cliffs, reefs, and bays. The water’s warm but you’ll need aqua shoes for protection against spiky sea urchins.

Lunch at any one of the waterfront restaurants shaded beneath pine trees or splash out on grilled seabass at the Villa Ruza in Donje Celo, built by a rich merchant in 1930 for his wife. 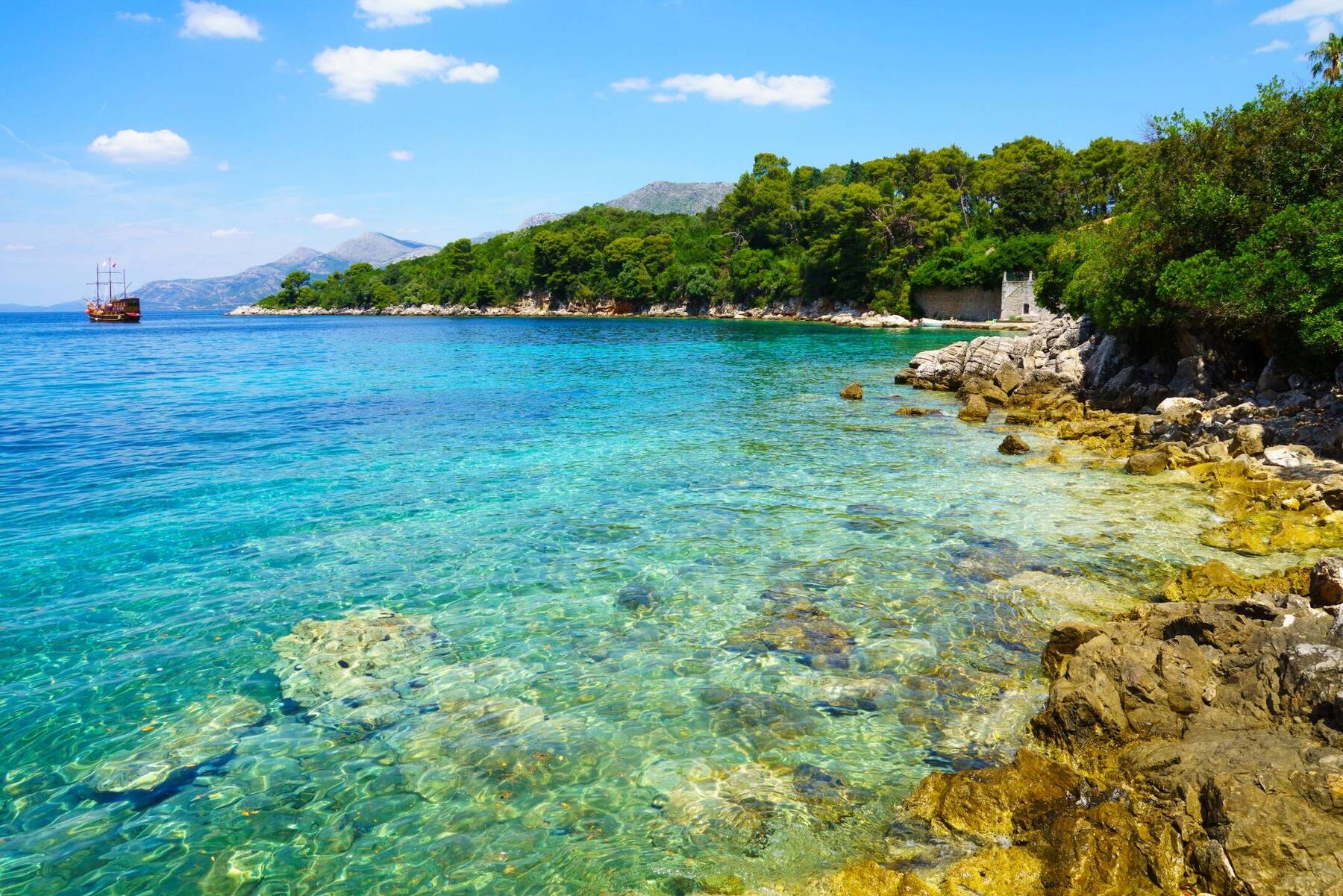 Lush forest hugs the half-mile sandy bay of Šunj on Lopud (population 220), where sun worshippers bask under umbrellas. To get there, you can walk up the steep hill from the port and down to the bay as cicadas serenade your way.

You could also hire a bicycle or let a local whisk you around in a golf-cart but traversing the island (2.8 square miles) on foot means discovering shaded gardens within an old walled town, vineyards, olive groves, and – rising 708 feet above it all ‒ Polačica, the island’s highest peak.

Once occupied by ancient Greeks and Romans, Croats have lived here for 500 years, fishing, sailing, sheep farming, and weaving. Within its cloister Lopud’s 1483 Franciscan monastery ‒ conquered by Napoleon in 1808 ‒ contains valuable art including the polyptych of Pietro de Giovanni and paintings by the Flemish master Bassan.

A smaller beach, art galleries, and eateries line the promenade where you can rent a boat, jet-ski, or canoe. Treat yourself to fresh oysters at Obala, established in 1936; succulent lamb from RobiNzooN, or hit Slasticarna Palma for the best gelato in southern Croatia. The black chocolate is particularly good. Afterwards, relax in one of the hammocks thoughtfully placed besides stonewalls and contemplate the green hills extending into the sea. 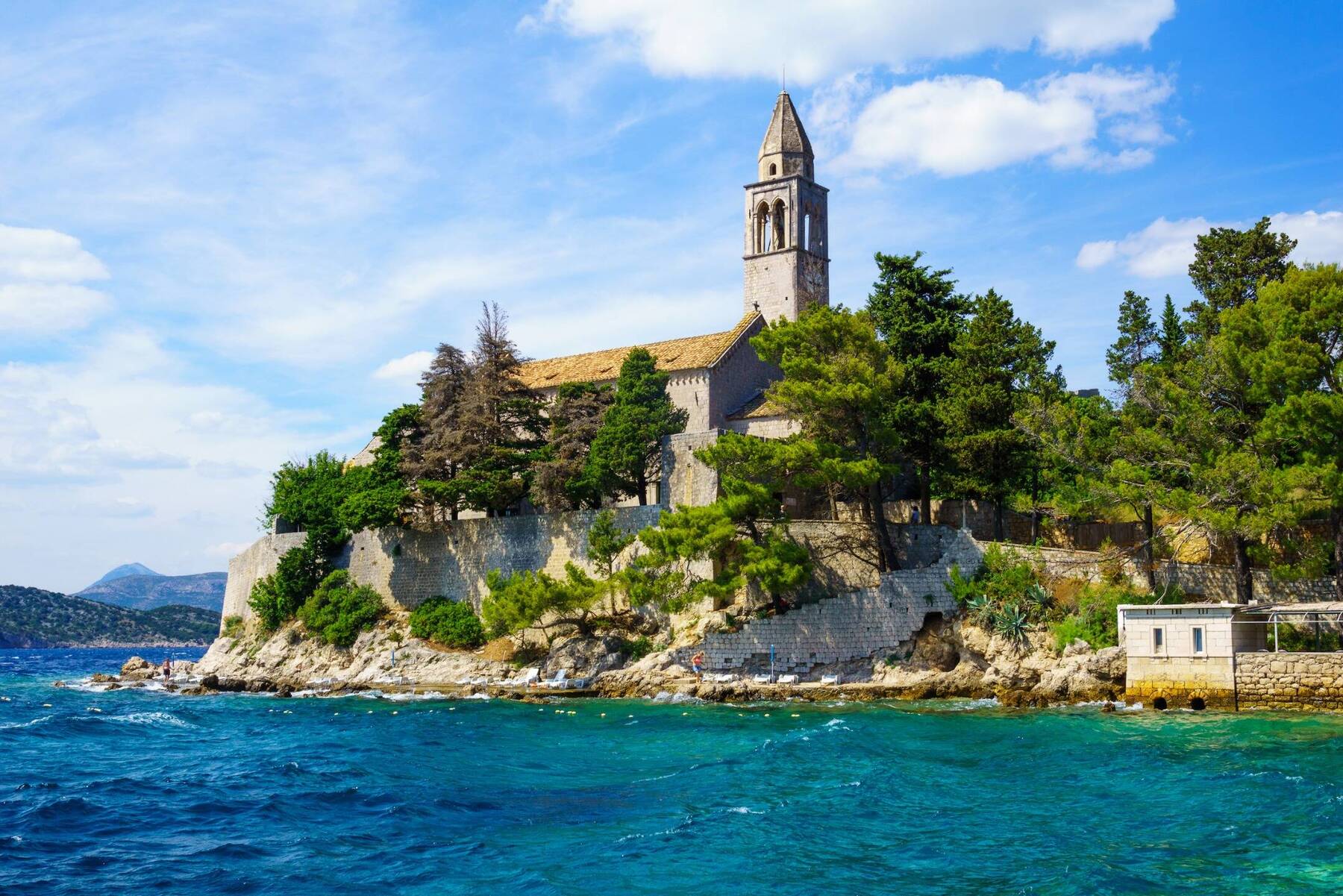 Sipan (pronounced “sheepan”) is the largest of the Elafiti islands with two villages ‒ Sudjuradj on the southeastern tip, and Sipanska Luka on the western side ‒ each embracing a bay. Unlike Koločep and Lopud, Sipan isn’t car-free but it’s still peaceful and just 11 miles from Dubrovnik.

Dip into the sea between courses at Bowa, Sipan’s on-stilts restaurant. For sheer culinary heaven, Konoba Kod Marka on the quayside of Sipanska Luka hits the spot. Authentically Croatian - think octopus cakes or tuna carpaccio - there are no menus. Your server simply recommends the dish of the day. It’s the most popular on the island, so bookings are essential. Živjeli! 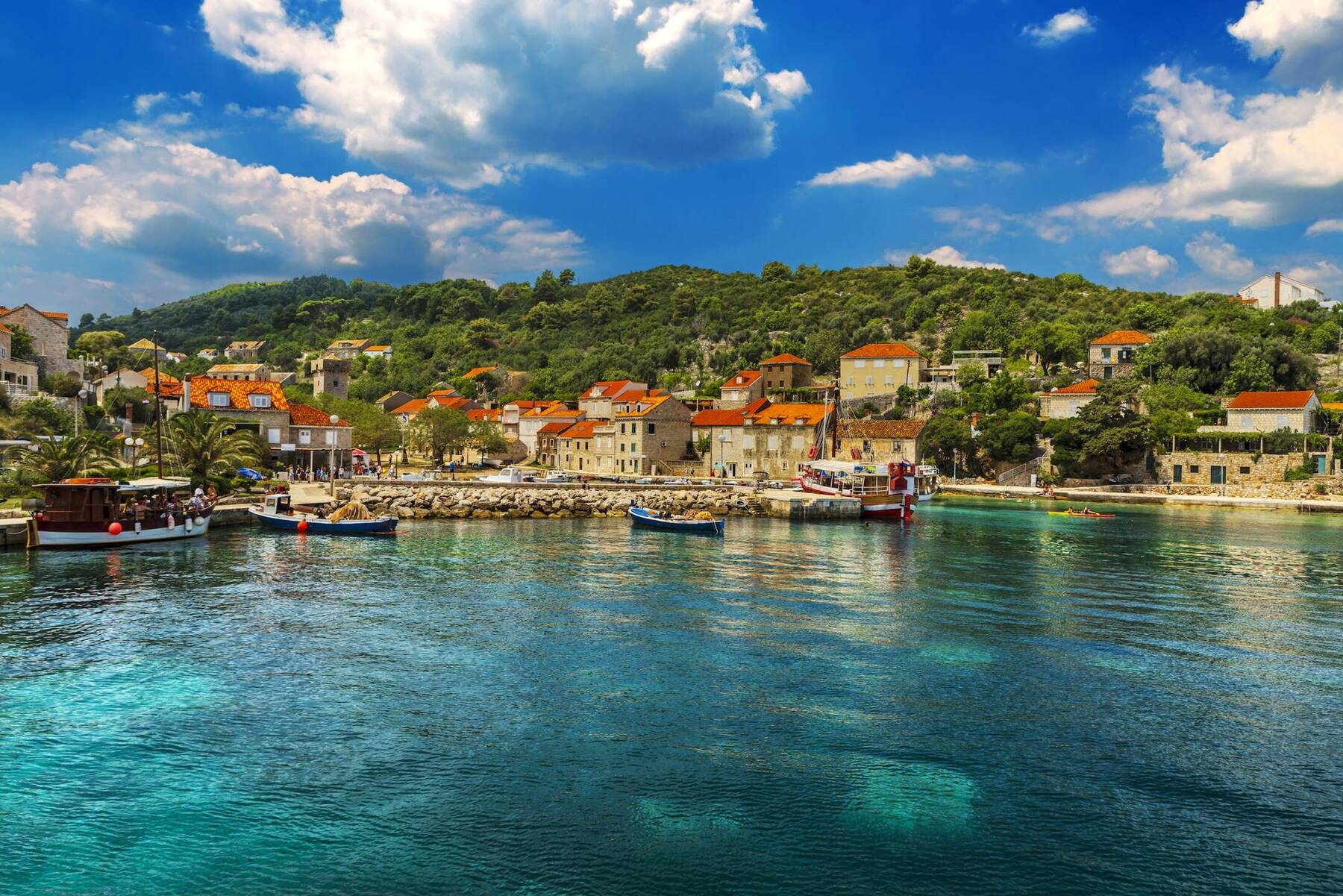