If air travel is a quick teleport-like experience all about the destination, then train travel is the epitome of the journey. Train travel can be classic and elegant, epic and enduring, momentous and exhilarating. It can be an evening of fine cuisine elevated by the first taste of excellent wine, a moment with new friends along the rails in Siberia, or a romantic night spent snug beneath woolly blankets in the glens of the Highlands. A good train journey will show you mountains, medieval castles, pretty villages, ancient lakes and lush forests, but an excellent one will immerse you into the landscape while lavishing you in the comforts of the finest experiential luxury. These are those train journeys: the most luxurious rail journeys in Europe today.

The Beau Idéal: London/Paris to Venice

Elegant Art-deco carriages with sumptuous blue fabrics, beautiful hand blown glass lamps, and gleaming gold details set the scene for the worlds most seductive train journey. A journey that takes travellers from London (with an initial journey on the Pullman) or Paris to Verona or Venice (as well as Prague, Budapest and Vienna) for one night of peerless elegance, one night of sublime 1920’s glamour, one night of the finest haute cuisine, and one exceptional journey through emotive alpine scenery.

Aboard the Venice Simplon Orient Express you’ll have a choice of two dining cars, each serving the same cuisine, but within a uniquely appointed car, a piano bar with a sleek baby grand and a menu of train travel-inspired original cocktails created by head barman Walter Nisi.

Accommodation is in an enviable collection of cabins and suites that as of recently include three phenomenal Grand Suites — the first cabins aboard the Venice Simplon to include private bathrooms. Each Grand Suite has been painstakingly designed and finished with lovingly rendered details by a small collection of master craftsmen, in order to conjure visions of the cities that each suite shares its name with: Paris, Venice and Istanbul. And of course, the service is some of the most delightful, glamorous and efficient on the planet. 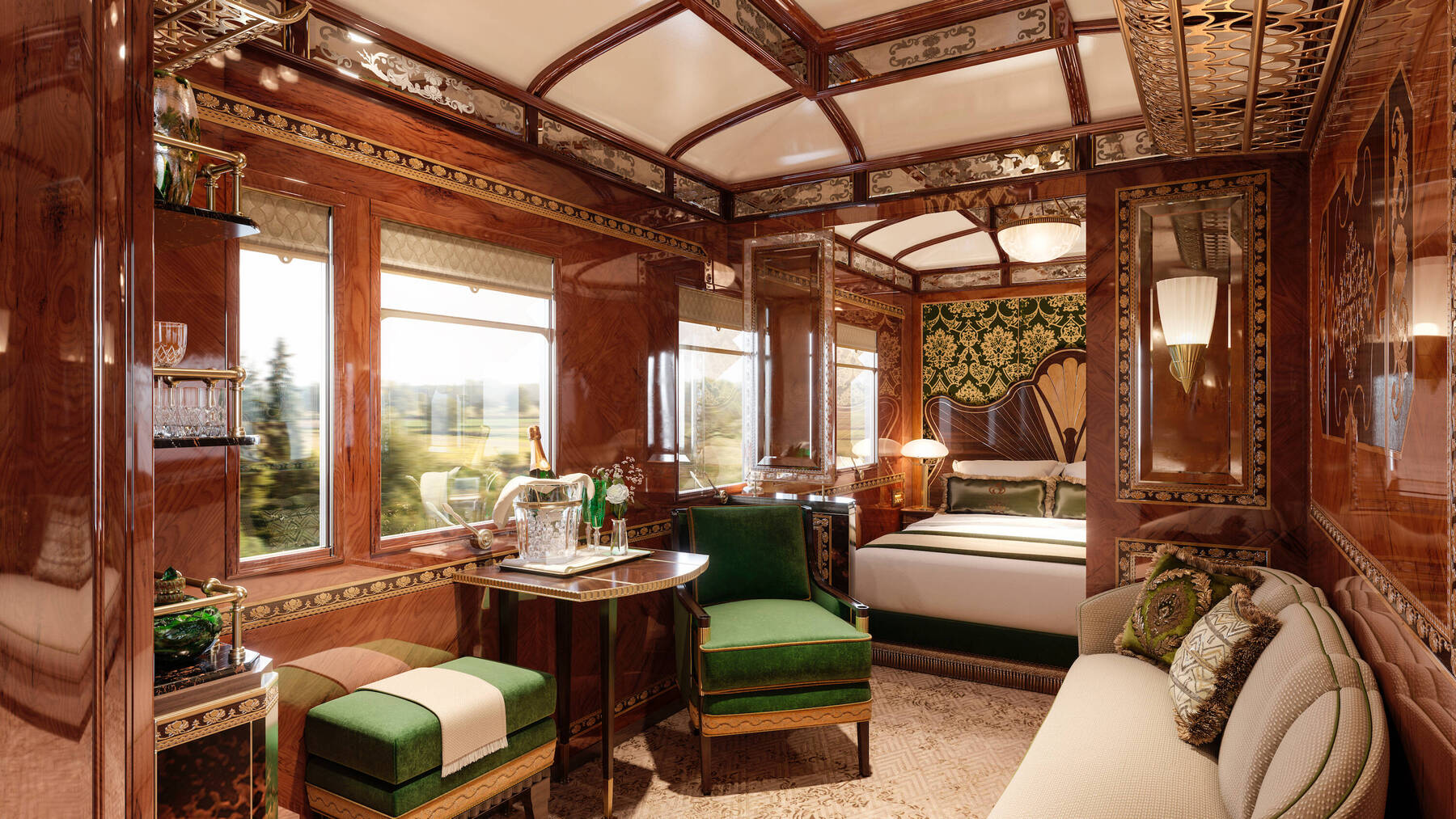 The Presidential - Porto to Douro

At its height, the Presidential Train carried presidents, Popes and Portuguese Kings across Portugal, until 1970 when it was decommissioned. Now it stands as a testament to man’s enduring love of train travel, a time capsule of luxury travel, restored and reimagined for the 21st-century bon vivant.

Gangways are coloured a calming fern, while the bar carriage is finished with dark marquetry. Soft heavy furnishings entice in the presidential and ministerial carriages, while the windows offer captivating vistas of the Douro Valley and its landscape of lush hills topped with castles, antique vineyards, and the glistening Douro River.

But this train isn’t like the rest. No, behind the scenes you’ll find a selection of chefs as impressive as the kitchens of Paris and Tokyo serving full lunches and dinners expertly devised to showcase Portugal’s rich culinary heritage. And travellers will, as a part of the journey, dine in some of the finest restaurants in Portugal including (on the 3-day 2019 journey) an arrival dinner at Michelin-starred Pedro Lemos in Porto.

The travel options include three-day journeys with stays at the divine Six Senses Douro Valley, while the one-day option includes a port tasting at the Quinta do Vesuvio estate as well as a gourmet lunch aboard the train. But each season only offers a handful of journeys between September and October… and 2020 looks to be the last. 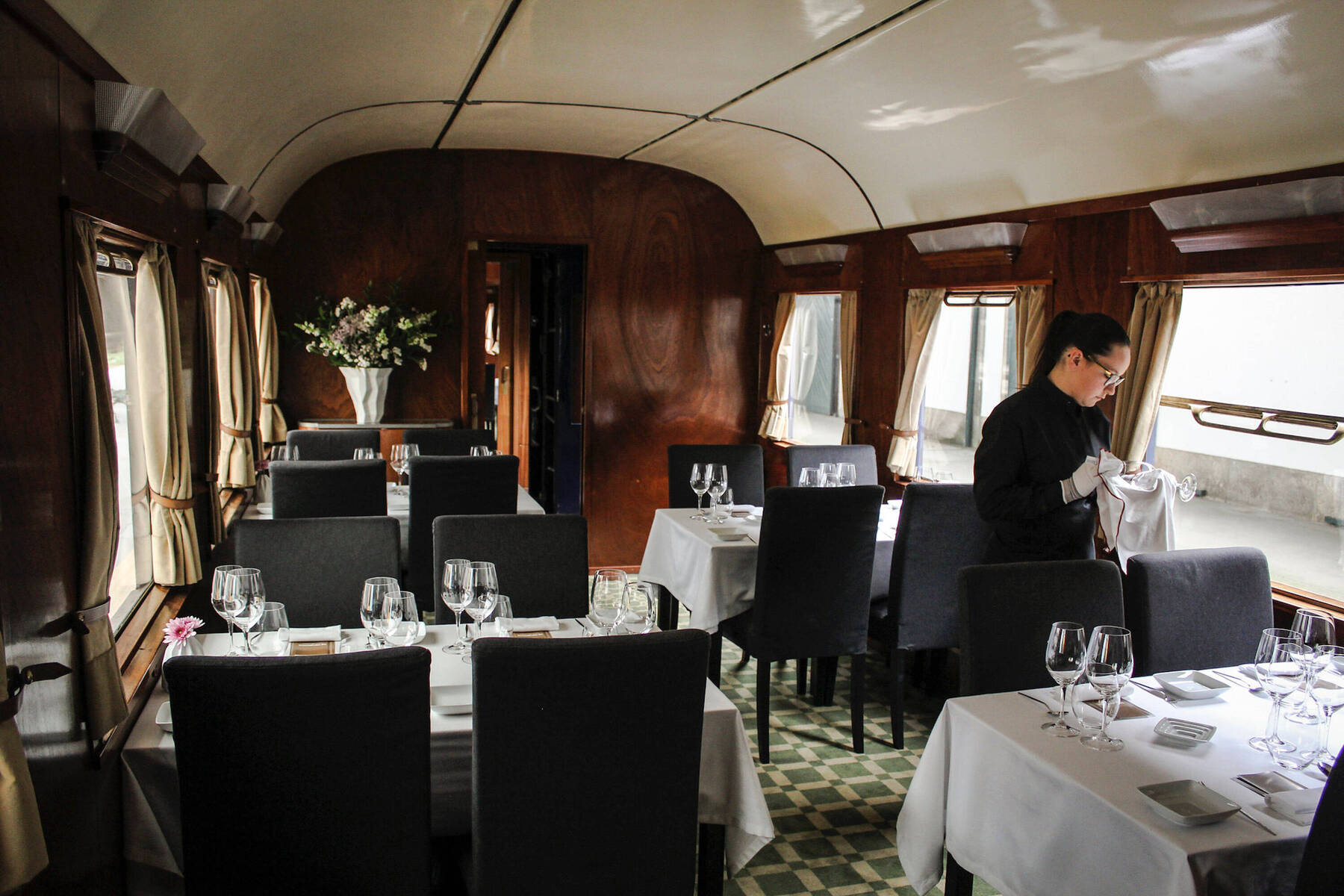 The Epic: Moscow to Vladivostok

The Trans-Siberian Express Railway runs as an 8000KM steel artery across Russia and the Ural mountains. It passes through eight time zones connecting Moscow in the west to Vladivostok in the east. Its lifeblood is an eclectic collection of rail services that range from slow local-stopping trains to grand far-reaching international routes that extend as far as Beijing.

Of these, the Rossiya No 2 is perhaps the most popular. It takes six days and is an excellent choice for a solivagant in search of long evenings spent sharing travel stories with locals and travellers alike, but the Golden Eagle Trans-Siberian is a better option for those with a lust for luxury, and a desire to see and tour more of Russia — from Kazan and Yekaterinburg to ornate Irkutsk and rural Ulaan Baatar in Mongolia.

Aboard the Golden Eagle, a pianist provides a mellifluous soundtrack of Tchaikovsky and others for those drinking cocktails and wine in the bar, and the scene is complete with enviable views of the Russian countryside through huge panoramic windows. 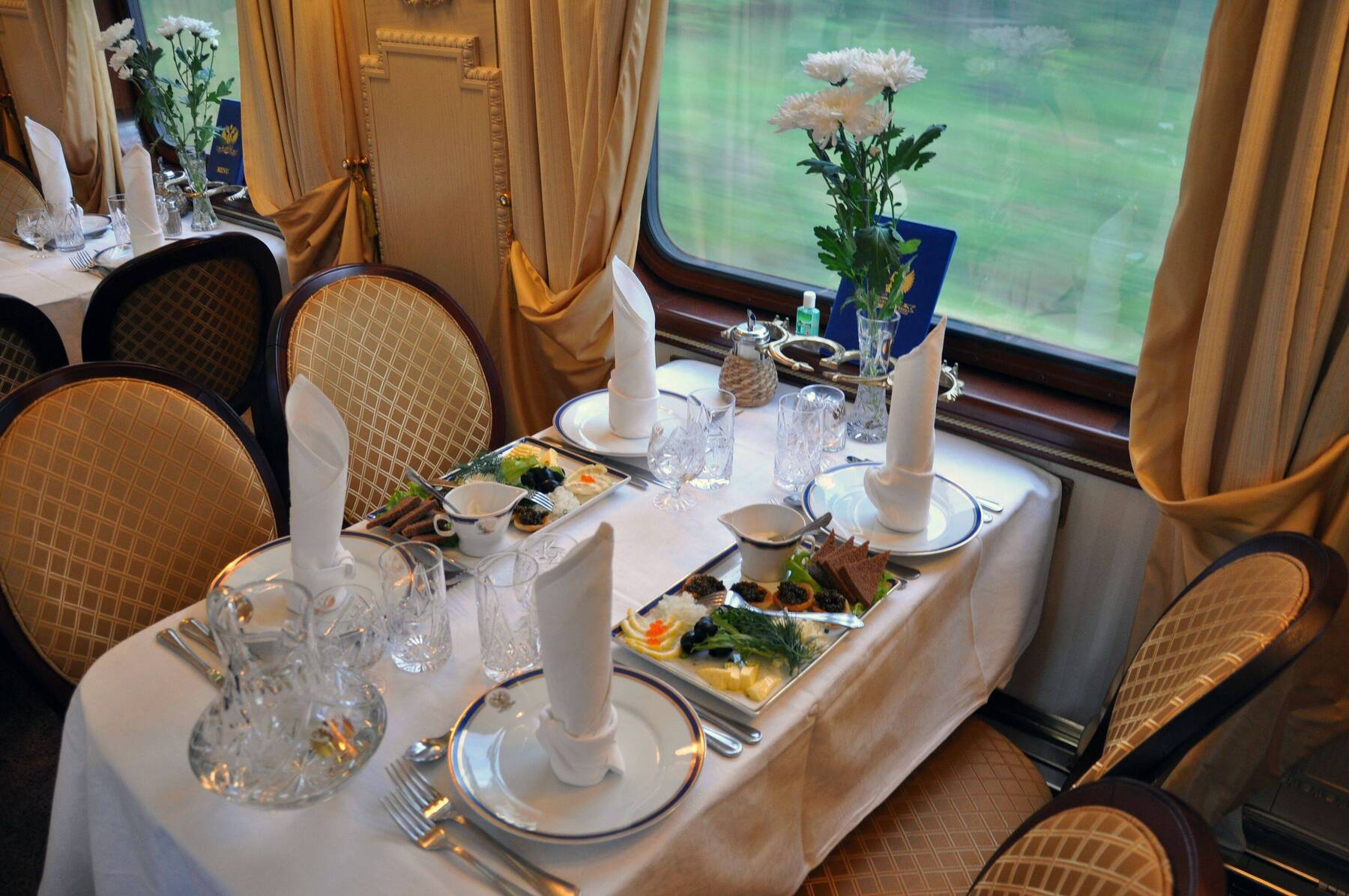 The Glacial: Zermatt to St Moritz

A firm favourite on the railways of Europe since 1930, Switzerland’s Glacier Express is perhaps the most stunning, most monumentally cinematic of train journeys. But don’t misunderstand, the train completes its journey in just eight hours, but what you see out of the panoramic windows — designed to offer a view of the world — is nothing short of breathtaking.

The express passes through 91 tunnels, across 291 bridges, it glides besides glacial lakes — frozen in the winter, across vast mountainsides and peaks like the Matterhorn, alongside the quaintest villages with spires reaching skywards from the hills, over the breathtaking Landwasser viaduct and the Rhine Gorge - lush with pines, and on the rails of the mind-boggling UNESCO-listed Rhaetian Railway.

As of 2019, the experience has been enhanced with a new Excellence Class that gives each traveller a large window seat, access to a knowledgeable concierge and a regional 5-course dinner with wine pairings. 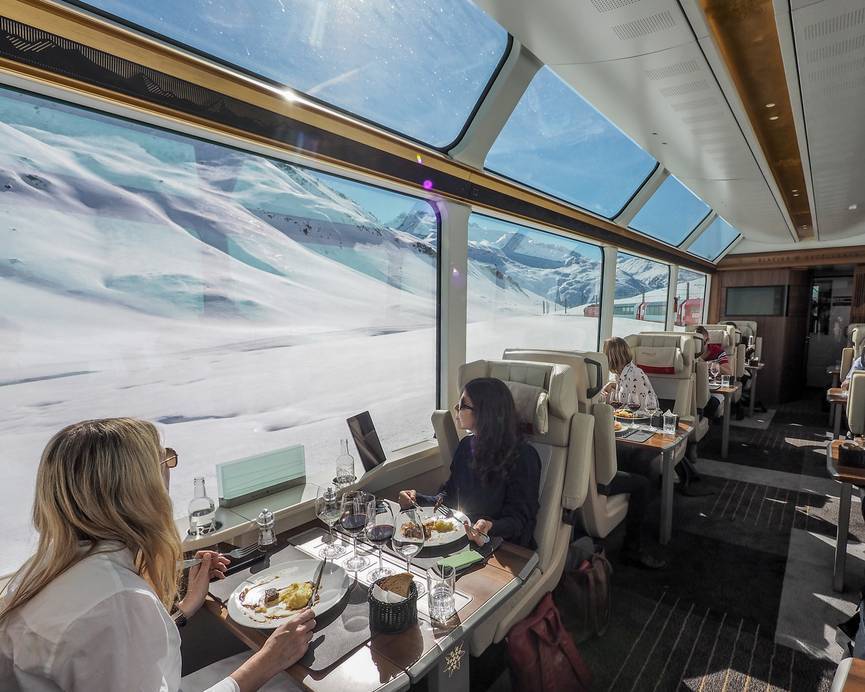 The British Classic: London To The Highlands

Though only in service for the last 30 years, Belmond’s Royal Scotsman travels a route that has taken the English on their journeys north to Scotland for more than a century. Each car dressed in fine mahogany marquetry evokes a sense of Edwardian luxury, with tartan gangways leading to private en-suite cabins, finished with soft Scottish wools, dressing tables, writing tables, long wardrobes and perfectly realised picture windows that provide a swoon-worthy view out onto the hazy Scottish Highlands.

Elsewhere a spa car provides a haven of peace and tranquillity as the countryside speeds by outside, and an observation car with large windows, sofas, armchairs and a beautiful open-air veranda is the perfect spot to watch the castles, lochs, wild deer and unspoiled glens of the countryside pass by. There’s also a bar that showcases a staggering 30 varieties of Scottish Whiskey and an elegant dining car that hosts black-tie dinners with seasonal British cuisine.

There are numerous journeys available taking in the western highlands with stops and tours in destinations such as Mount Stuart, Keith, and the enchanting Kyle of Lochalsh, as well as stops for clay pigeon shooting, golf and white water rafting.