Baracoa was Cuba’s first-ever town and was established in 1511. It's tucked away on the north-east end of the island and the road to get there from Holguin, accessible via the highway from Havana, is pot-holed and slow going, making the old town quite isolated. Most people access Baracoa by plane or by road from Santiago de Chile and while it's difficult to get there, the town with a population of about 85,00 is well worth the effort.

Christopher Colombus arrived here by sea in 1492 and apparently erected a cross on the beach, one of twenty-nine he planted as he discovered the New World. Only one is known to have survived. The small, brown wooden cross, now a Cuban National Monument, can be found in Catedral de Nuestra Señora de la Asunción, which was built in the early 1800s and is situated in Plaza Independencia, Baracoa’s main square. A stained glass window within the church depicts Colombus planting the cross, known as Cruz de la Parra, at what he named Porto Santo.

Plaza Independencia can be found at the end of Calle Antonio Maceo, the main street of Baracoa, which is a blaze of vibrant dated architecture, candy-striped pillars and wooden verandas. Behind the colourful facades are expensive stores whose stock is out of the price range of most Cubans - the average salary being only 1CUC a day. Ration books are still in existence in this country. Restaurants, hotels and government tourist operators can also be found along this street.

Also situated on the street is Casa del Cacao. This café is decorated with photos illustrating the growing and processing of cacao, one of Baracoa’s main industries. There is a small factory on site and chocolates and drinks can be purchased and sampled; chocolate with mint, chocolate with rum, hot chocolate… If you’re keen to learn more about cacao, a tour of a Cacao farm on the outskirts of town can be booked through Ecotur, the government tourist operator.

In the evening, Plaza Independencia is lively with people socialising. The sound of guitars and maracas blends with chatter and other music from a number of nearby bars and cafés. Enjoy the friendly atmosphere after a meal served with lechita - a coconut sauce which Baracoa is known for, with a drink at tables and chairs on the pavement.

On a side street opposite the church, the music hall Casa de la Trova Victorino Rodríguez has bands playing every night. People of all ages gather in the old wooden, country hall-type building where an elderly man takes drink orders and encourages everyone to dance, shouting for applause and announcing songs. The Mojitos are rammed full of fresh mint leaves and are delicious. 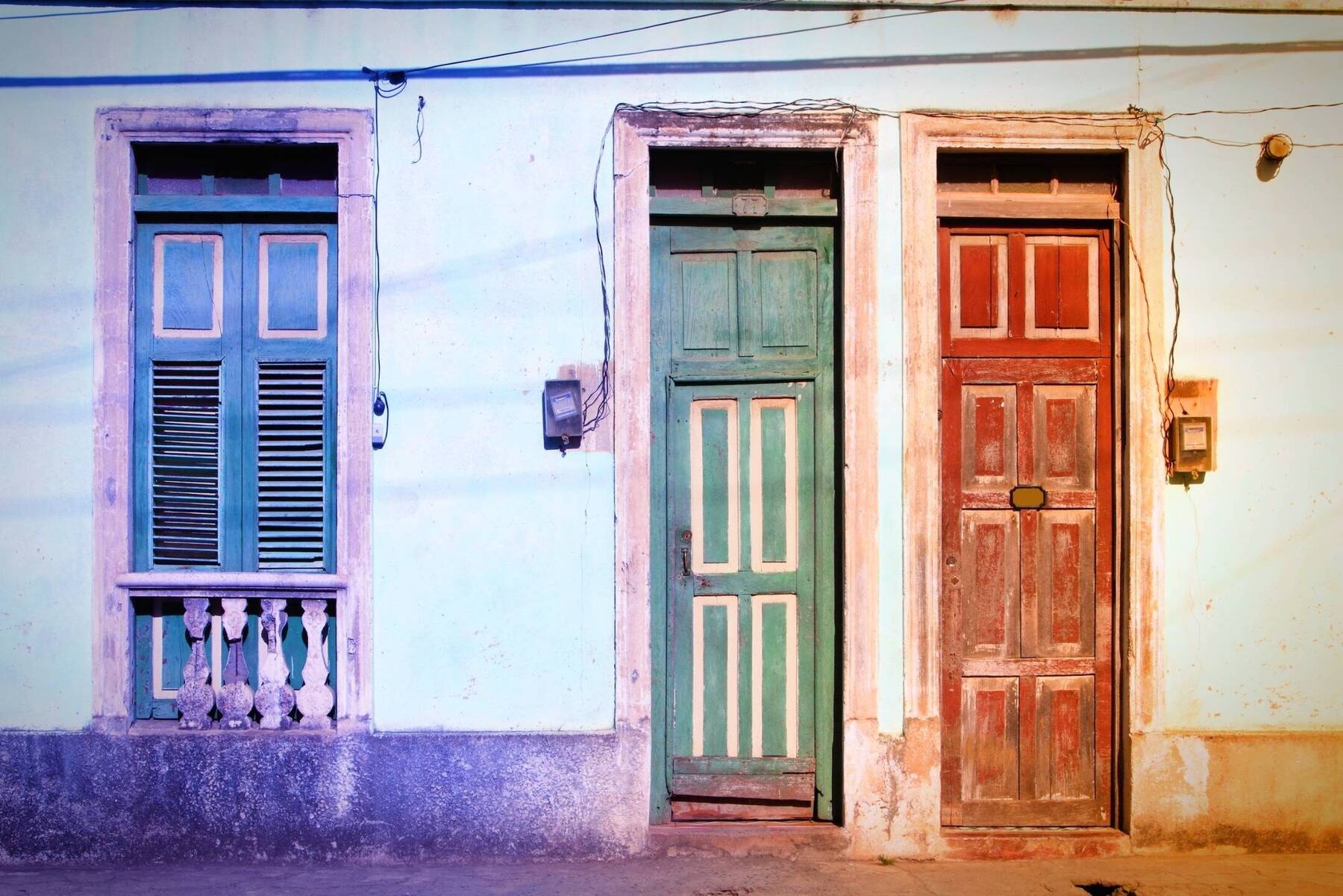 Situated on Calle Antonio Maceo, Casa de la Cultura has regular cultural evenings. The drumming show starts at 9.30 pm and is loud with vigorous dancing. Beware, you may have to join in. 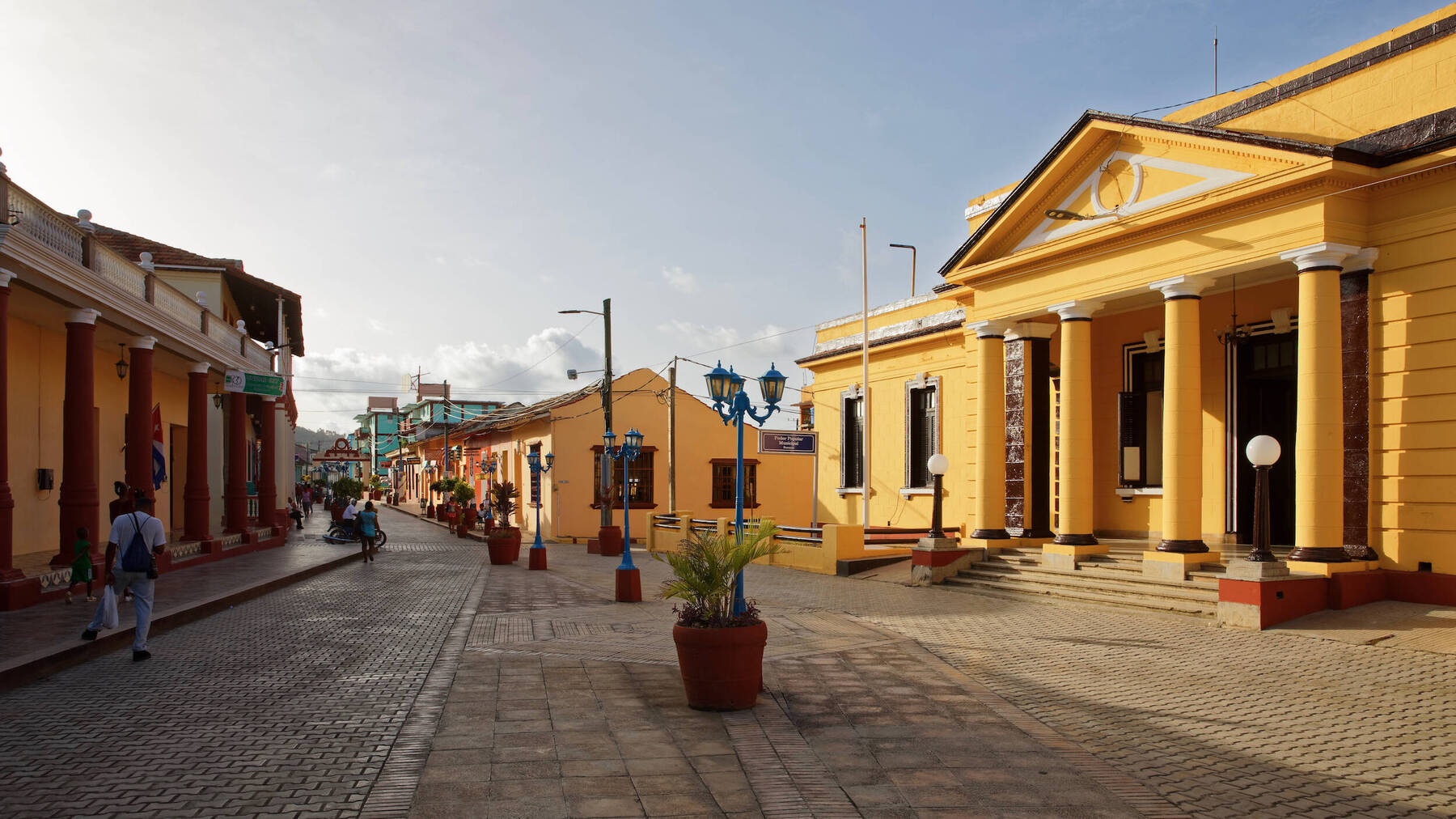 With the Atlantic Ocean almost turquoise, it’s pleasant to stroll the sea-battered Malecon. Seaspray may cool walkers along the sea wall which runs from one end of the town to the other. Horse-drawn wagon type buggies with number plates - think Little House on the Prairie wagons - are Baracoan taxis and can carry passengers along the waterfront. Circa 1950’s big Russian trucks transport workers in the back of flatbeds, heads peeking above side barriers. Men might be seen fishing from concrete piers worn away by the sea and at the south-eastern end a large statue of Christopher Columbus stands.

Across the road is one of the town’s three Spanish forts, Fuerte Matachín, built in 1802. It houses a museum but this has been under renovation for a few years. Peer out of the embrasures in the ramparts where canons still point seawards.

At the opposite end of the Malecon is Fuerte de la Punta, a second fort, which now hosts a restaurant. Enjoy views over a sheltered bay and of El Yunque, a 575m flat-topped mountain 7km to the west that rises above the rainforest. Guided tours are available to hike it, although it's a humid sweaty climb that takes just over two hours to ascend amongst palm trees, ferns and other fauna. Spot colourful snails on the way and Baracoa in the distance from the top.

There are many picturesque scenes on Baracoa’s narrow, potholed streets. With most buildings constructed of wood, there’s the colourful and the dilapidated. Some structures are grand and resemble old bank buildings, others are tiny almost shed-like. Behind slightly open doors and glassless windows where wooden shutters are open, glimpse sparsely decorated homes with dark wooden furniture that date from the early 1900s. Friendly locals will greet you with a ‘Hola’ from rocking chairs on their verandas.

Observe scenes such as a pizza seller stoking a fire in his metal mobile handcart to cook the pizza, 1950s cars rumbling by, children being transported to school on the back of bicycle taxis and streets where pedestrians are more common than cars. There are still placards about the revolution dotted around town and murals of Fidel Castro as a young man. 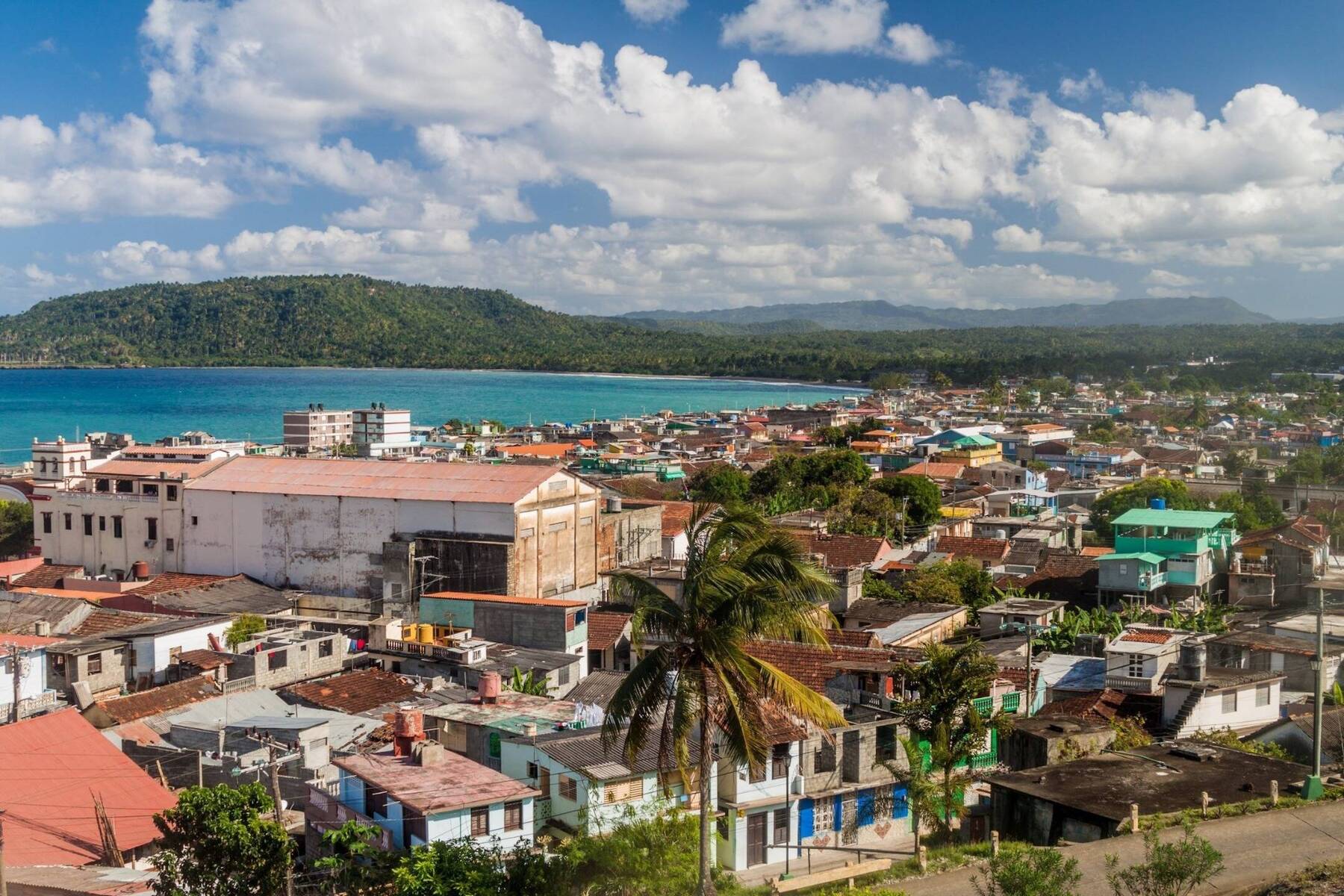 Before the Spanish, the first inhabitants of this area were the Taino. Tickets to visit the archaeological museum, a number of caves which were once the burial grounds of these people, have to be purchased from Ecotur.

The caves are in amongst the back streets of town, at the end of a little alleyway between roughly built homes. The Taino people were fishermen who had elongated heads like the Maya and originated from Central America. Inside hollows in the cave are displays of their earthenware, figurines of gods, stones used as knives, skeletons and musical instruments. On the upper level of the cave, two burial sites have a jumble of bones. From here there are great views of the town and black sand beach.