If Capri is the jet-setting superstar of the Bay of Naples, then Procida is its humble sibling who never left home. Little villages criss-cross the island, fringing its shores with colourful houses while forming a warren of charming cobbled roads at its heart, where lemon and orange groves laden the air with a sharp therapeutic scent that helps to mask the Vespa fumes. Procida’s streets bubble over with tradition. Its fishermen work nets on the waterside, and a small boat repair workshop sits at the top end of the Corricella marina, a few steps from seafood restaurants and windows adorned with flower pots. There are few hotels, but the seafood is fresh and the atmosphere tinged with a rare Italian authenticity.

Don't miss out on our fantastic hotel for your Italian stay!

Click here to book the beautiful Mezzatorre Hotel & Spa located in nearby Ischia.

To say life on Procida is languid would be a bit of a lie. The minuscule roads and alleyways that make up the centre of the island are absolute chaos in comparison to the marinas and beaches that fringe the coast. But while Procida is easily walked in a day, allow for two or more to take things slowly, taking advantage of the numerous hidden treasures that dot the island. The roads are notoriously entangled with traffic, and there are very few sidewalks, but walking nonetheless is easy enough, as long as one pays attention. Highlights of a walking tour include the eerie remains of Palazzo d’Avalos: the fortress turned prison, the Punta Pioppeto Lighthouse: a modern lighthouse worn atop the ruin of the old lighthouse with staggering views over the water. And Marina Chiaiolella: a modern marina close to the bridge that links Procida to the protected nature reserve at Isola Vivara. 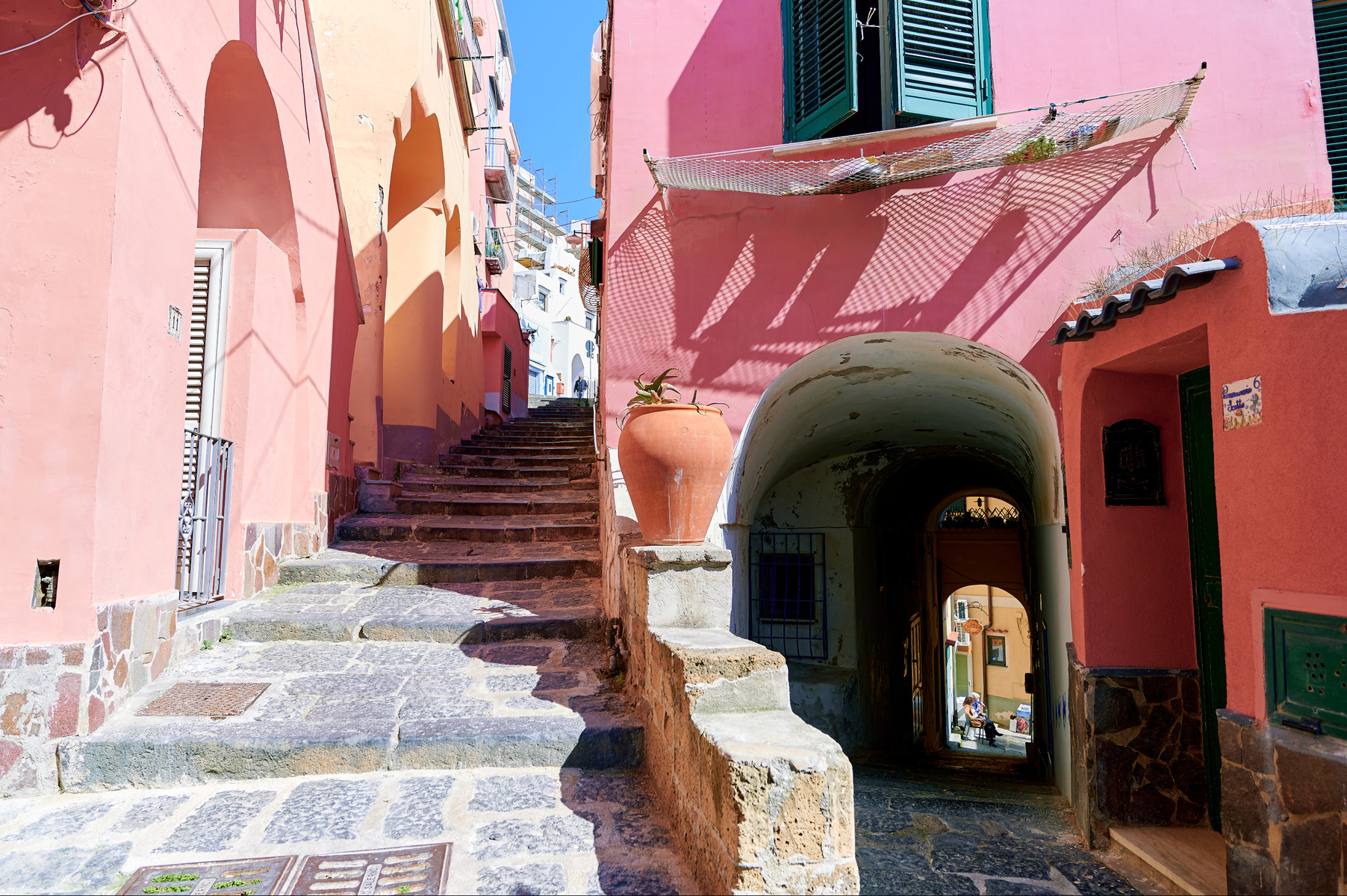 Procida’s black sand beaches are always idyllic but a little busy in August, when the Neapolitan crowds take over for the summer. While there is a small beach right next to the Corricella marina, the better beaches require some walking (or one can jump on the little buses). Spiaggia Chiaia is hidden down an alley in L'olmo and found at the bottom of a twisting staircase that leads directly onto the sand, and is one of Procida’s quieter beaches despite its central location. The south side of the island is fringed by volcanic bays, beaches, and simple coves that are almost impossible to reach by foot (but easy enough with a boat). But the more popular spots include Spiaggia di Ciraccio, right next to Marina Chiaiolella, one of the longest sandy beaches on Procida with picturesque views of Isola Vivara. And Spiaggia Lingua next to the Marina Grande and the ferry port is a good choice for those with limited time on Procida. 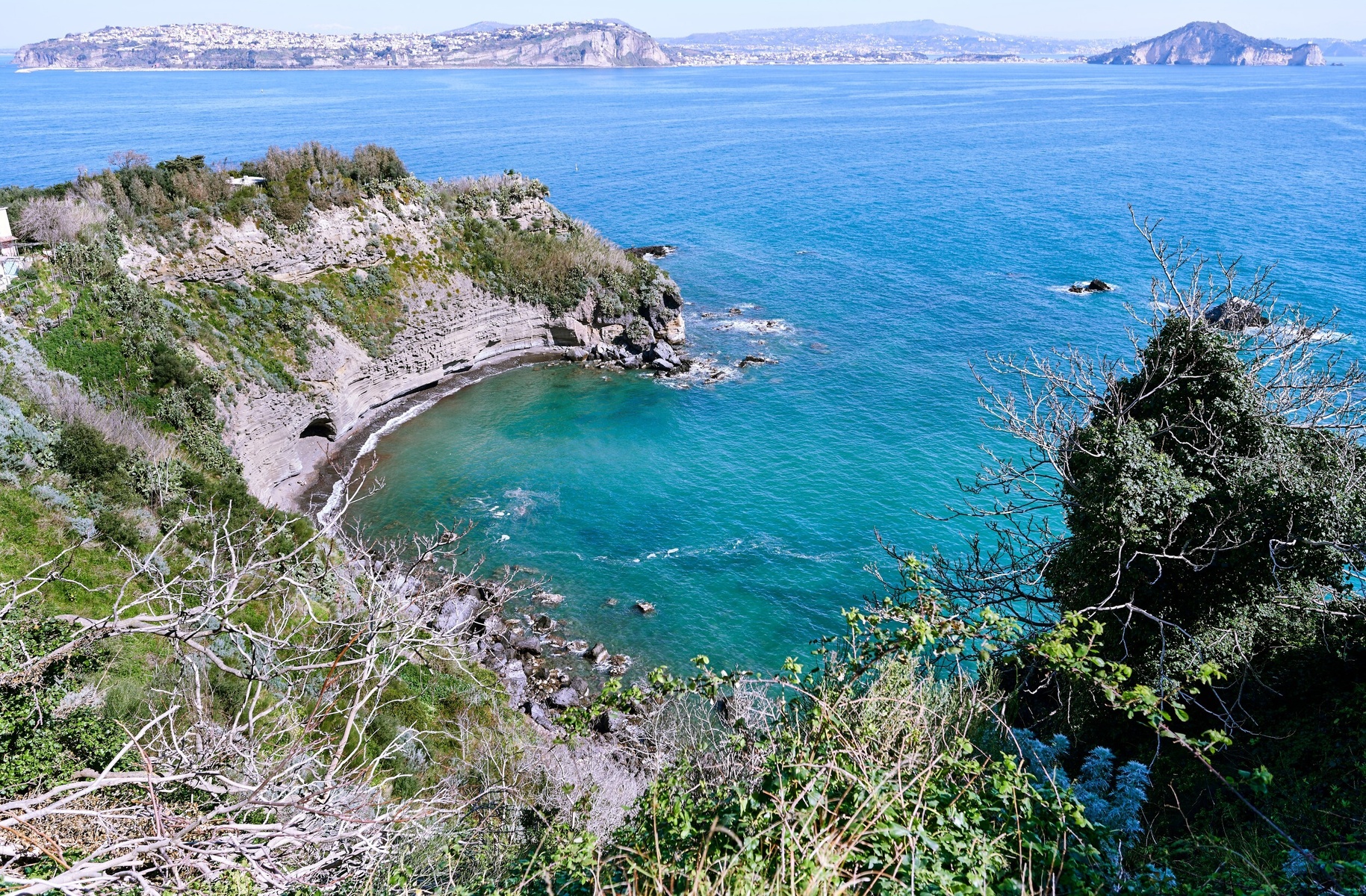 If visiting for a day, then the walk from the ferry Port in Marina Grande is a series of uneven cobbles and Vespa-filled passageways that gift glimpses of daily life through open doors with views of private squares adorned with Christian relics. Bypass the marina for now and hike to the viewpoint at the top of the hill close to the imposing Palazzo d'Avalos. From here the houses of Corricella almost seem to form a colourful Roman Odeon, wrapped around the coast and painted in pastels, many aged and crumbling into the waterside. Meanwhile, the Bay of Naples offers a breathtaking azure contrast to the houses, and the mountain in the distance gives the impression that Procida is much bigger than it is (it’s actually a peak from nearby Ischia) but each part of Procida that one sees from here is easily reached in under an hour. 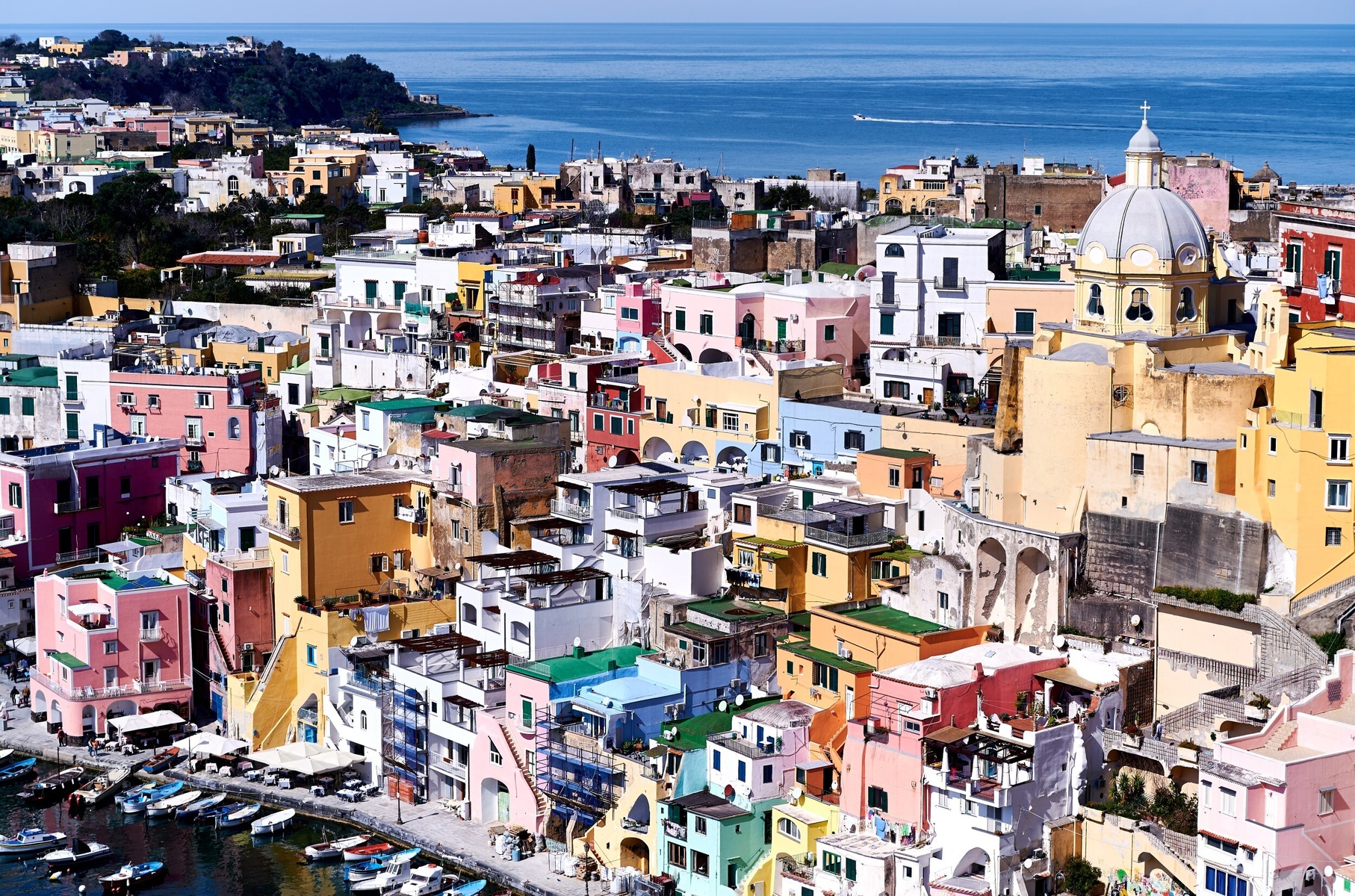 The Bay of Naples is a perfect spot for island hopping, spending a couple of days in Naples and several more spread across Procida, Ischia and Capri. But being the shyer of Naples’ siblings, Procida isn’t a great option for hotels. Instead, take the ferry to Ischia (15 minutes from Procida) and stay in the stunning Mezzatorre Hotel & Thermal Spa. Here the relative isolation of Procida is mixed with a little exclusivity as the Mezzatorre is perched upon a private bay, escaping the crowds of Ischia, with swooning vistas over the sea. Pick a suite to experience life in the ancient tower with quick access to the spa, or choose the cottage, tucked away in a private little woodland for the utmost tranquillity.

Book your stay in Ischia at the Mezzatore Hotel & Thermal Spa here. 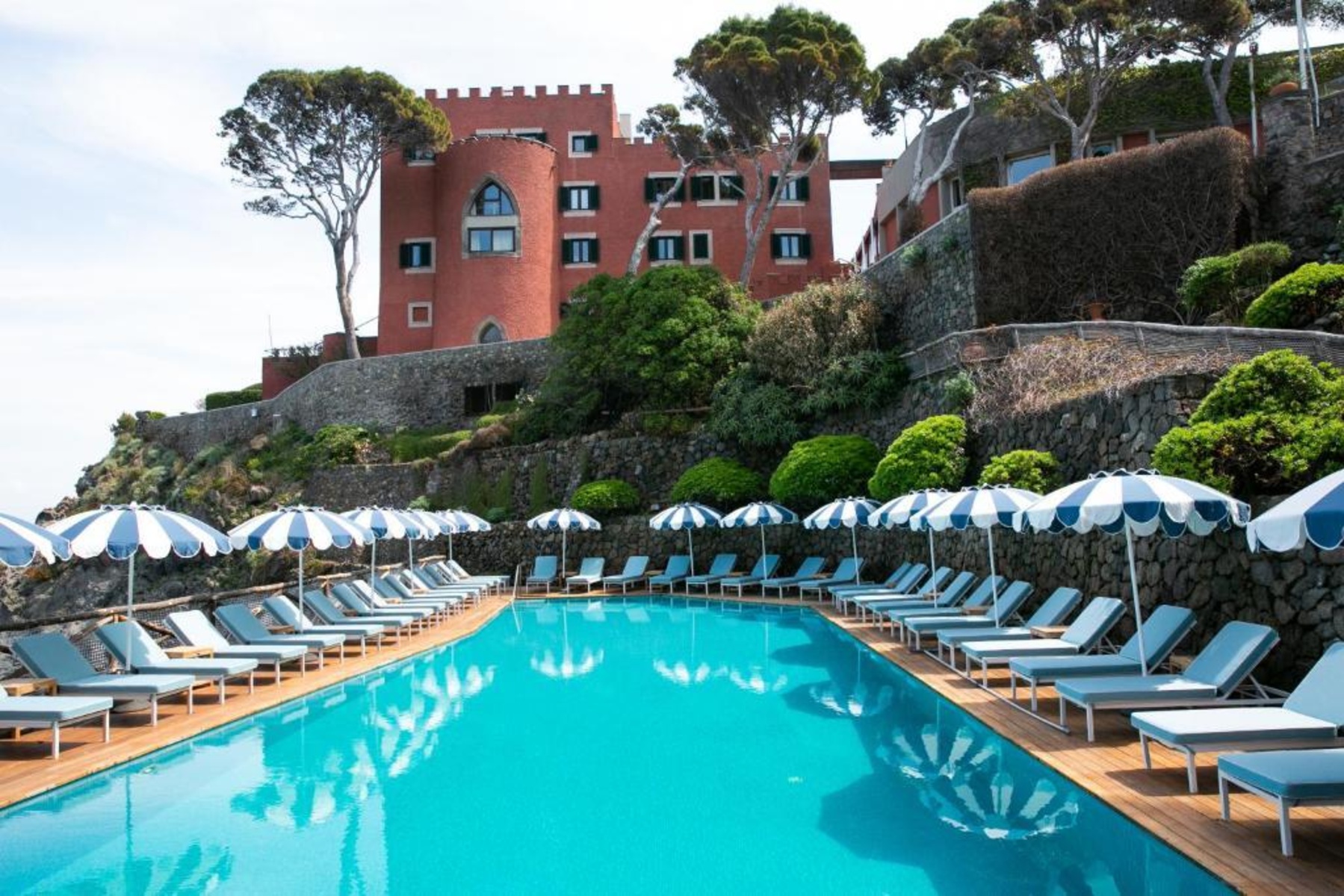