2020 marked the 250th birthday of one of Britain’s most revered poets - William Wordsworth. He is remembered as a poet whose work eloquently described the complex relationship between man and nature, and was a leading exponent of the Romantic Movement in English Literature, along with fellow Cumbrian Samuel Taylor Coleridge. Such was their engagement with the natural world that surrounded their birthplace, they spent countless hours exploring the landscape looking for inspiration for their poetry. Wordsworth, in particular, spent much of his adult life climbing the fells that bordered his cottage in Grasmere. Here are five places most famously associated with the poet.

These two tranquil bodies of water lie side by side on the valley floor and well-trodden footpaths around the shorelines make circumnavigating them an excellent two-hour walk. The crystal-clear water of the River Rothay runs from Rough Crag above Dunmail Raise and fills both lakes, before running into Windemere and branching off into several tributaries. During this walk, look out for Dove Cottage just a short distance away from Grasmere’s northern shore, where Wordsworth and his sister Dorothy lived from 1799 to 1808. The house and gardens are now a museum that offers visitors a glimpse of what everyday life was like described by Wordsworth as “plain living and high thinking”.

Rydal Mount, Wordsworth’s home from 1813 until his death in 1850, can be found along this walk too, at the southern tip of Rydal Water. This was the house where Wordsworth was said to have spent his happiest days with his sister, wife and their daughter. The spacious dwelling nestled in the hillside is also now a museum, and both are scheduled to open again soon in accordance with the latest government guidance. 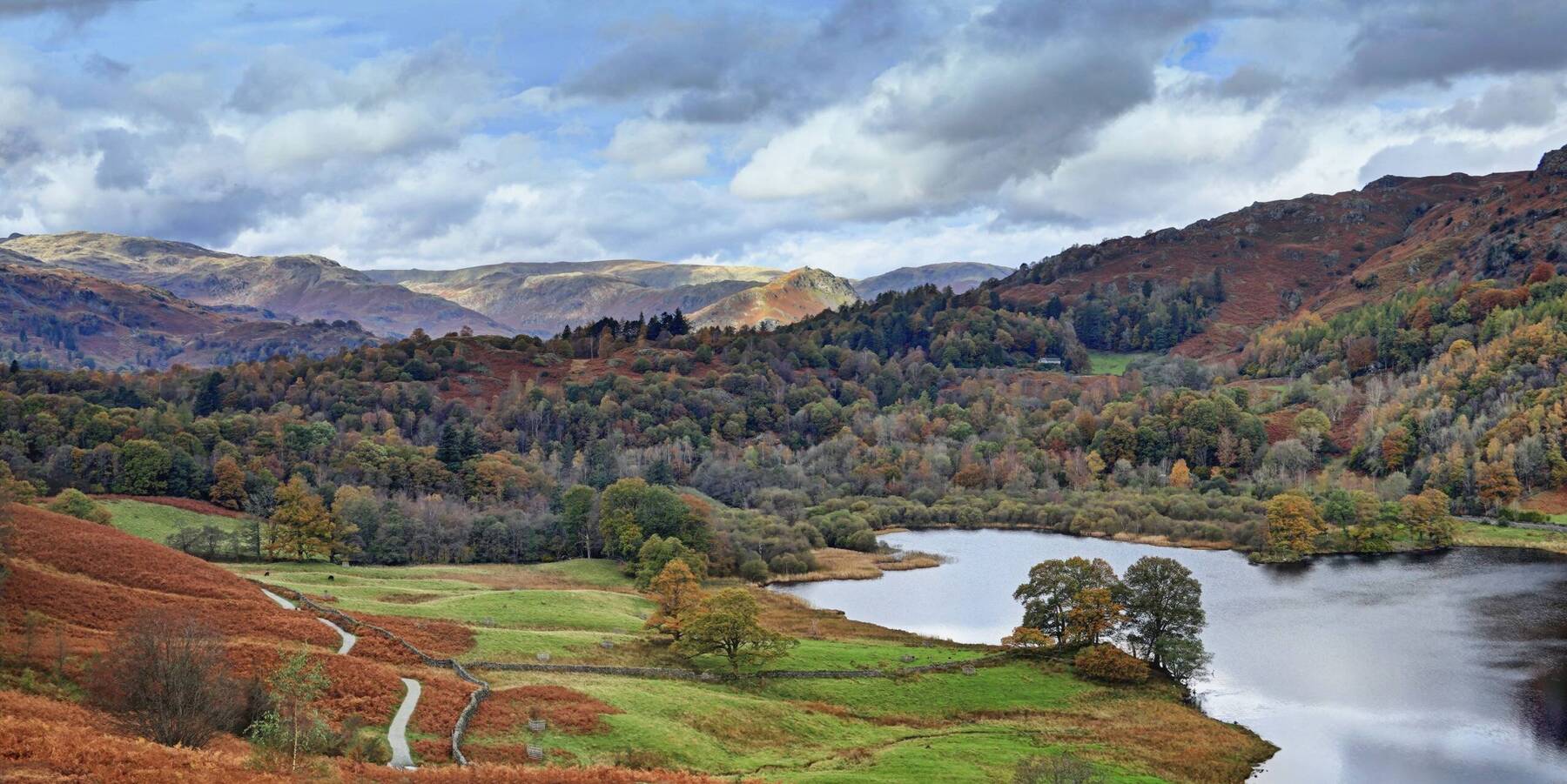 Wordsworth published the River Duddon Sonnets in 1820; a series of poems that eventually grew to become some of his most respected. The rich landscape exerted a powerful impression on him. To understand why, take a walk from Seathwaite up to Wallowbarrow Crag then on towards Grassguards on the edge of Dunnerdale forest. The return leg takes walkers past an impressive waterfall and along the rocky banks of the River Duddon, giving ample opportunities for scrambling across the huge boulders that have tumbled down the hillside.

This walk encapsulates many of the reasons why the Lake District was such a stimulating location for Wordsworth. Walking in the vastness of nature, often on his own, it’s entirely plausible that deep rumination led to the classic emotions of the Romantic Movement such as awe, apprehension and loneliness. The route includes some remarkable variations – gazing upon the expansive hillside, thick forest, rocky crags and a gushing river is enough to provoke epistemological speculation in anyone.

The circuit walk starting and ending in Seathwaite takes around two and a half hours. The difficulty is moderate, making it accessible for most age groups, and parking is available opposite the Holy Trinity Church. 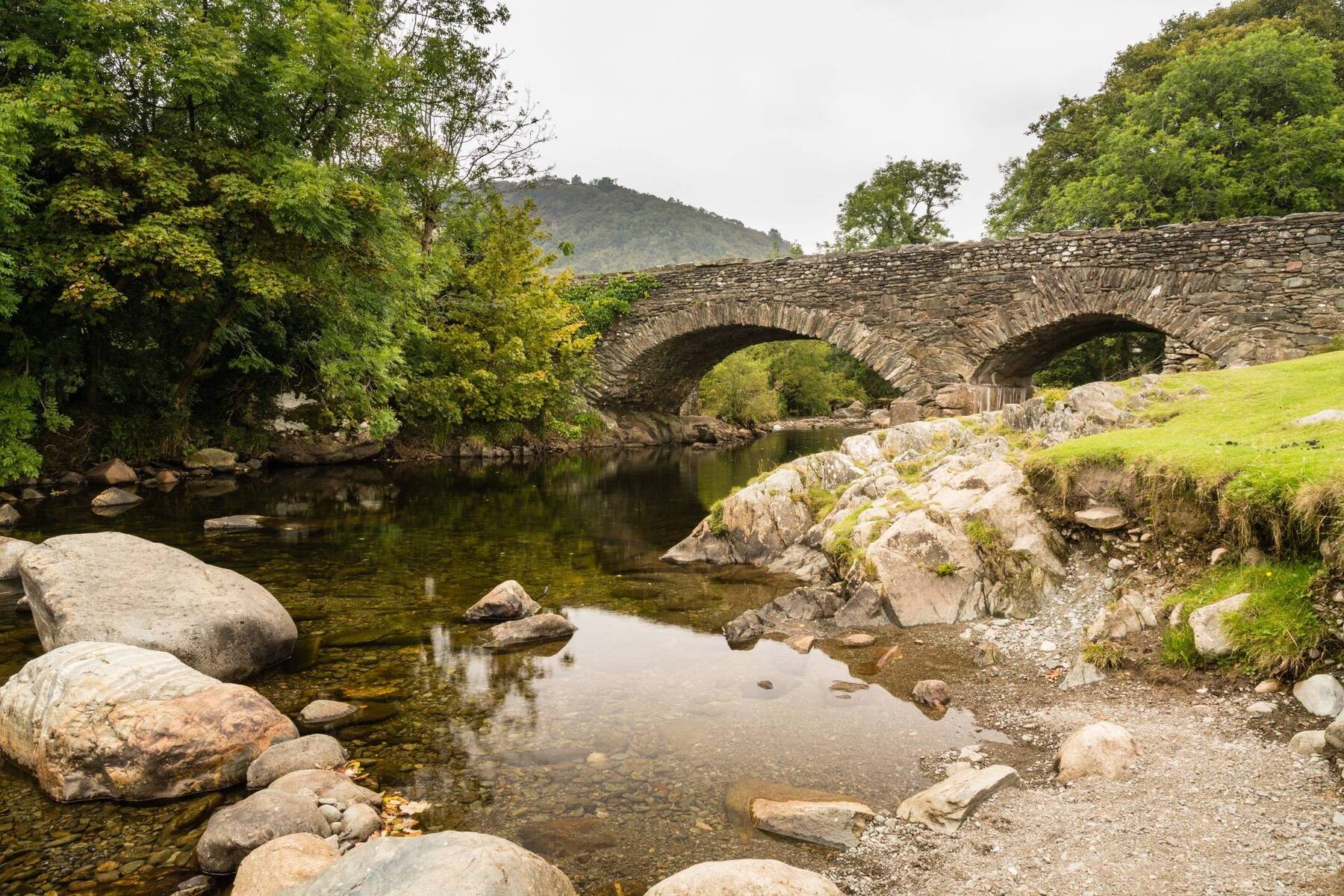 This small bustling market town on the periphery of the north-western Lakes is the birthplace of Wordsworth. The remote location means that it does not have the same levels of tourism as Ambleside or Keswick but has much to offer in the way of Lakeland culture and charming Georgian architecture. Wordsworth House is well preserved and owned by the National Trust but is unfortunately closed until spring 2021.

Ambling around the town provides a different insight into the mind of Wordsworth. Rivers Cocker and Derwent are intersected by a network of medieval alleyways, before meeting behind Cockermouth History Wall, a local history museum, and running off towards the sea. It’s easy to spend a few hours here – dog-friendly pubs serve Jennings ale brewed in Cockermouth and traditional coiled Cumberland sausages named after the ancient county, which had administrative function from 1270 to 1974 when it combined with other nearby counties to become Cumbria. 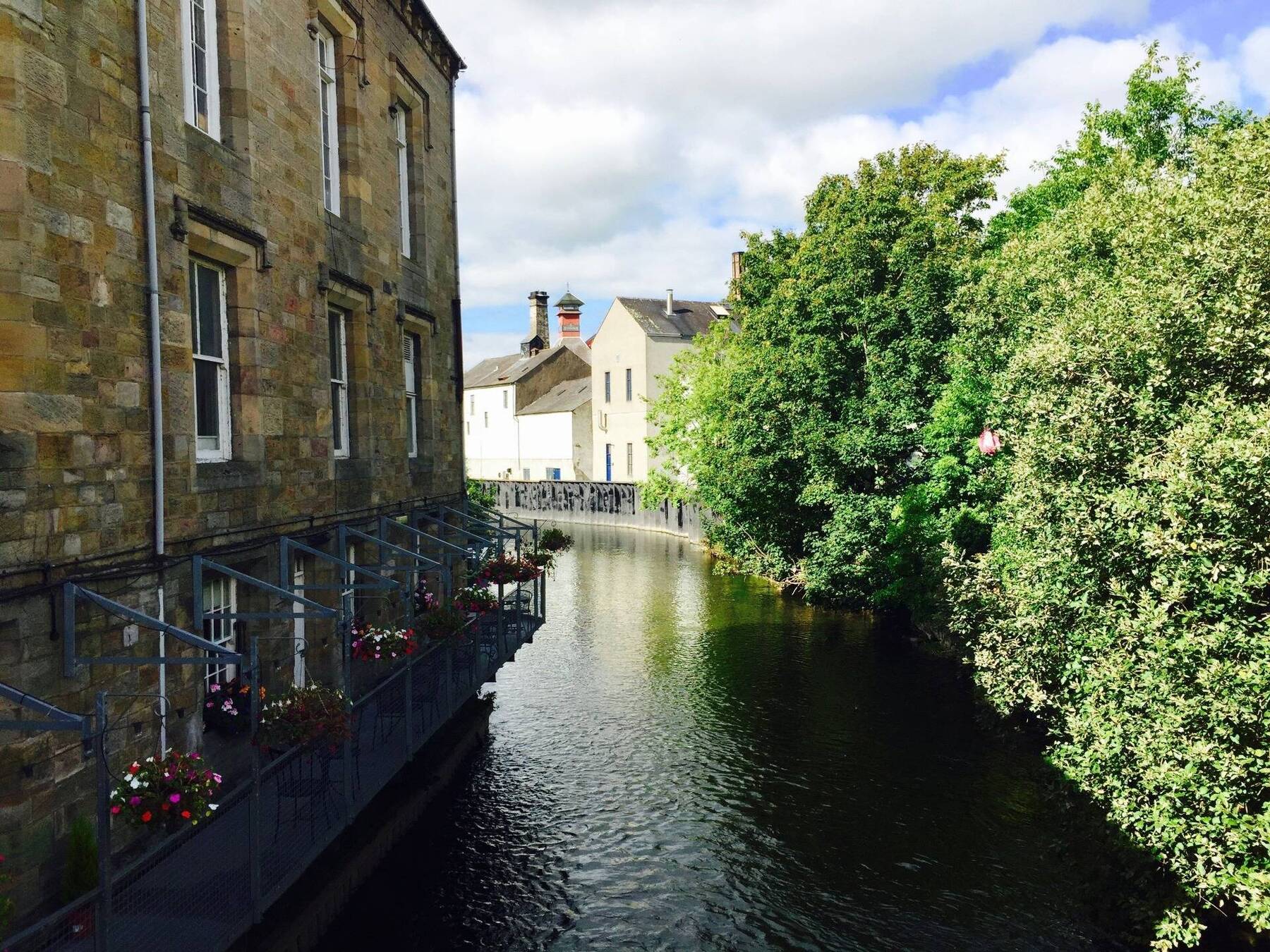 Wordsworth and his brother John attended the Old Grammar School in the ancient township of Hawkshead. Cobbled streets are surrounded by wonky houses of all shapes and sizes, many dating back to the 17th Century. The town was originally owned by Furness Abbey, one of the richest Cistercian monasteries in England, and grew as a market town following the Dissolution of the Monasteries by King Henry VIII in 1537. The Beatrix Potter Gallery can be found here and has regular exhibitions of her original illustrations but remains closed until government legislation deems it safe to open.

Wordsworth would’ve most certainly explored the local area when growing up here. For example, south of the town is a splendid walk that heads towards Esthwaite Water then up Moor Top. From here, you can take a stroll through the forests of Hawkshead Moor and up to High Cross, before returning to the village via Hawkshead Hill. The walk is about five miles in total. 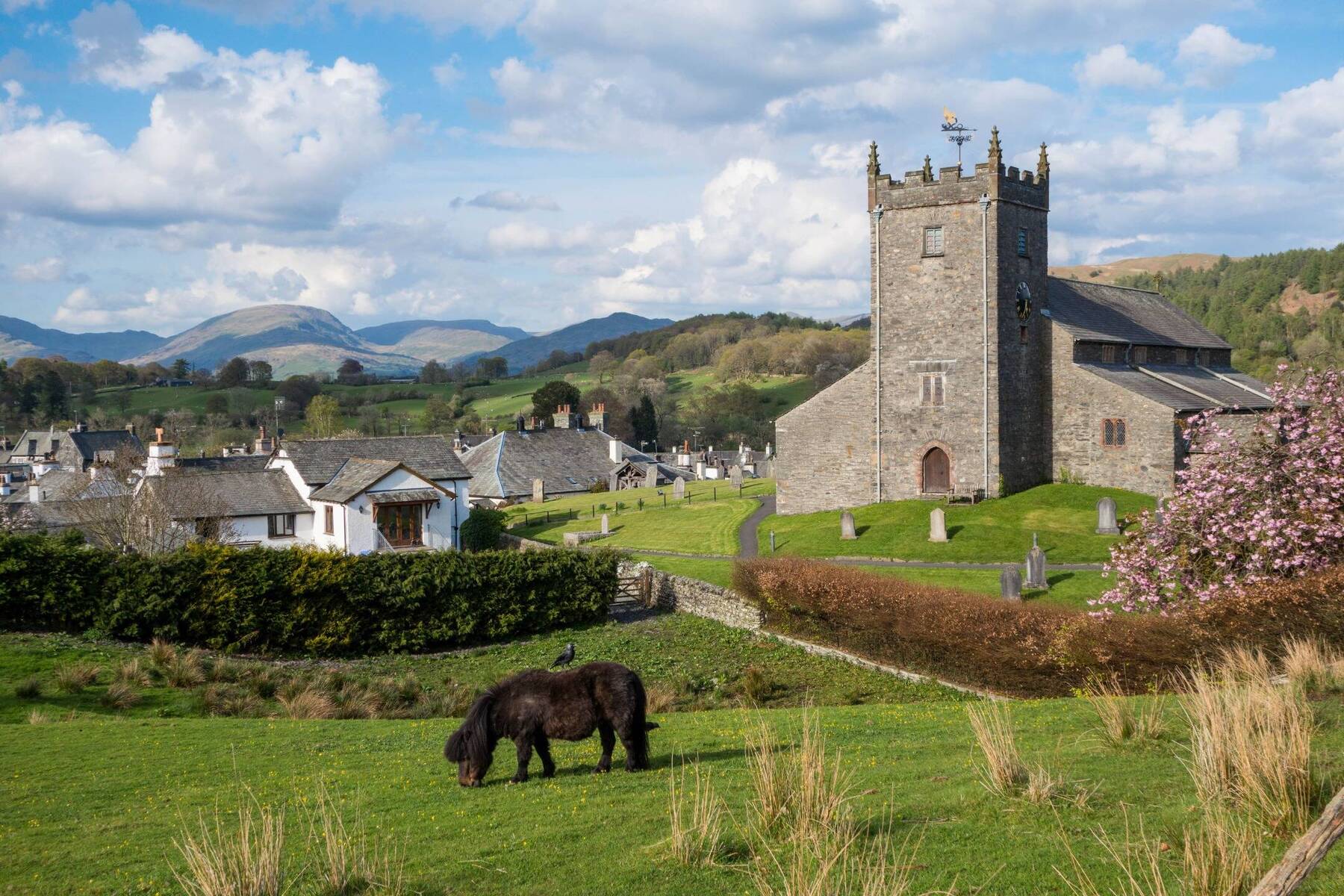 The journey up England’s third highest peak is often heralded as one of Britain’s best walks, featuring stunning scenery from the top. On a clear day, you should be able to see the hills of south-west Scotland to the north and Blackpool Tower to the south. The relatively accessible ascent in comparison to Scafell Pike and Sca Fell (#1 and #2) was often frequented by Wordsworth and Coleridge but does have some high-octane moments, for example along Striding Edge. The poem ‘Fidelity’ by Wordsworth was a tribute to the dog of Charles Gough, who faithfully stood by the body of her master after he fell from the ridge.

There are several routes to the top of the mountain, the shortest of which starts in Thirlmere. The route can be customised in line with each walker’s preference, so the tricky scramble over Striding Edge can be sidestepped. Most ascents will take around three hours but remember to factor in the descent. 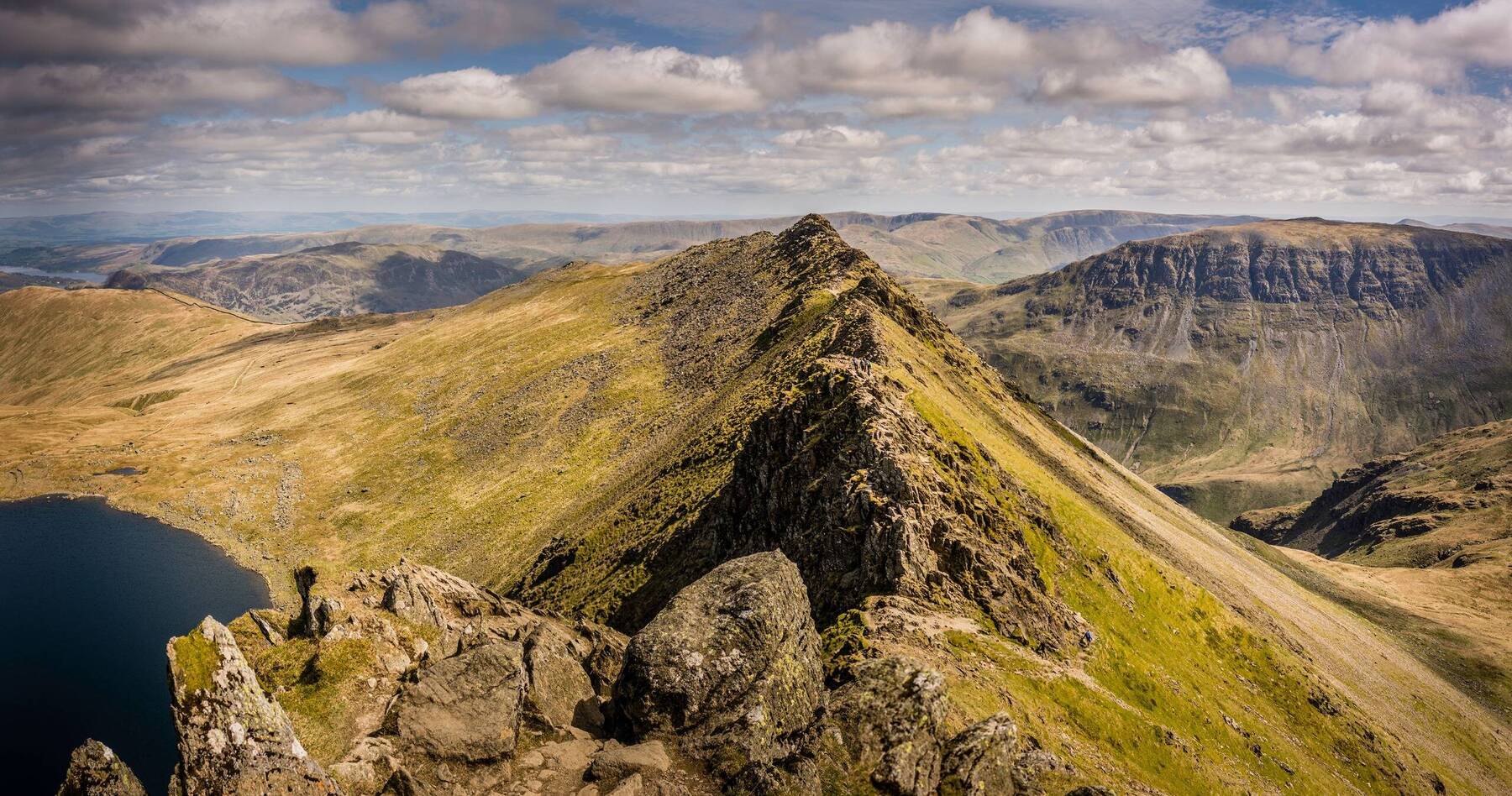 Tom is a freelance writer, editor and blogger based in his hometown of Birmingham, UK. Two years in Beijing studying Mandarin and one working for a popular expat magazine in Shanghai has formed expertise in Chinese language, culture and travel. An educational background in International Affairs has also added to Tom’s keen interest in the geopolitical sphere. When he’s not writing, Tom enjoys playing team sports like football and getting stuck into a good book.