Stretching 80 kilometres from Panama City on the Pacific Ocean to Colón on the Atlantic the Panama Canal sees ships pass through three locks, the artificial lake, Lago Gatún, and the Culebra Cut which is a 12.7 kilometre stretch cut through mountains and the Canals narrowest point. Sometimes referred to as the world’s greatest engineering project, there are several ways to see it and while in Panama, Panama City is worth spending a few days in.

The French were the first to begin to build a water route through Panama linking the Atlantic and Pacific oceans in 1881. However the effort ran into financial trouble and workers were blighted with tropical diseases. The project was taken over by the United States in 1904 and the first transit of a ship, from the Atlantic to the Pacific, occurred on August 15 1914.

In 1963 the Panama Canal started operating 24 hours a day. In 2007 construction to expand the Canal began, which was inaugurated in 2016. The one-millionth vessel passed through in 2010. 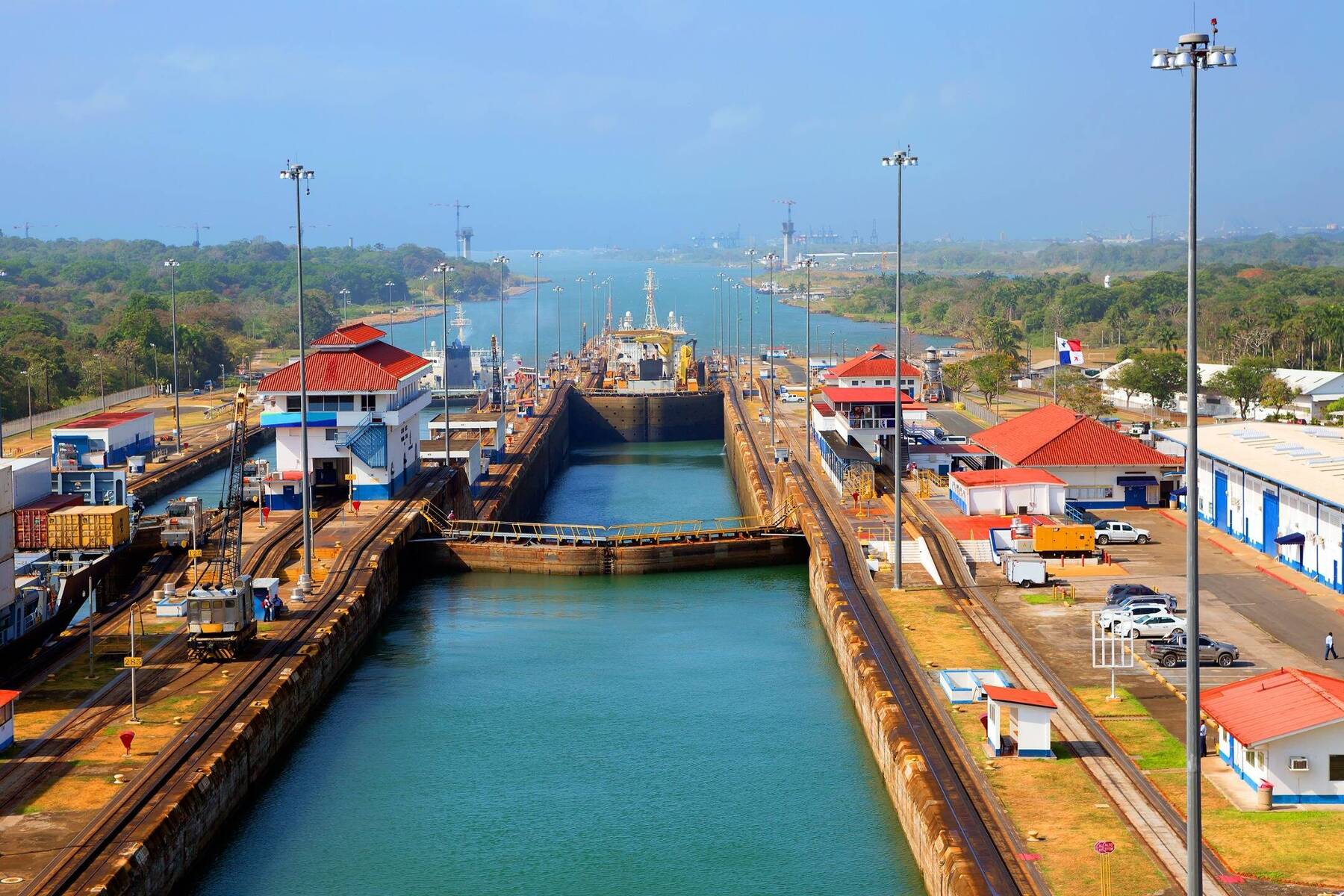 Miraflores Visitor Centre, open from 9a.m. to 5pm. and located just outside the city, offers the best viewpoint to watch ships coming through the Canal. Large liners pass through the lock generally between 9a.m. and 11a.m. and 3p.m. to 5p.m.

The centre offers a museum and film on the history of the building of the canal. The facts and figures are astonishing. There are several viewing platforms to watch the ships pass through with a commentary in English running frequently. It’s amazing to watch a huge liner being moved through the locks.

There is a charge to enter the Visitor Centre. If choosing to travel there by bus, take the Paraíso or Gamboa bus from Albrook Bus Terminal in the city.

While in Panama City

Several hours can be spent wandering Casco Viejo, the old city, founded in 1673 and a UNESCO World Heritage site. Once a slum, today it is being restored and there are a number of upmarket restaurants, hotels and other accommodation. Old rundown buildings still remain, some just the façade standing, amongst two and three-storey brightly coloured colonial buildings featuring wrought-ironed, narrow balconies along cobbled streets. The stone wall, built to protect from pirate attacks, can be walked. A wide path with sea views, there are a number of souvenir stalls situated along it and it leads to a monument honouring the failed French Canal effort with a number of busts of the men involved. There are several of old churches to visit – Iglesias San Jose has a gold altar, Iglesia Nuestra Senora de la Merced has wooden pillars and roof and several interesting altars, one to Saint Hedwig a women saint who Panamanians come to, to request a home. Miniature homes are left at her feet.

Plaza Herrera, once used for bullfights, is leafy and green and Plaza Independencia is a large square with seating and where the cathedral, Municipal Palacio and Museo del Canal are situated.

Another scenic walk is the waterfront promenade, Avenida Balboa, which runs from Casco Viejo to Punta Paitilla, a distance of around 4 kilometres. With park-like surroundings, pass by the fish market and take in views of the old and new cities, skyscrapers soaring at the Punta Paitilla end. It’s a great place for a run. 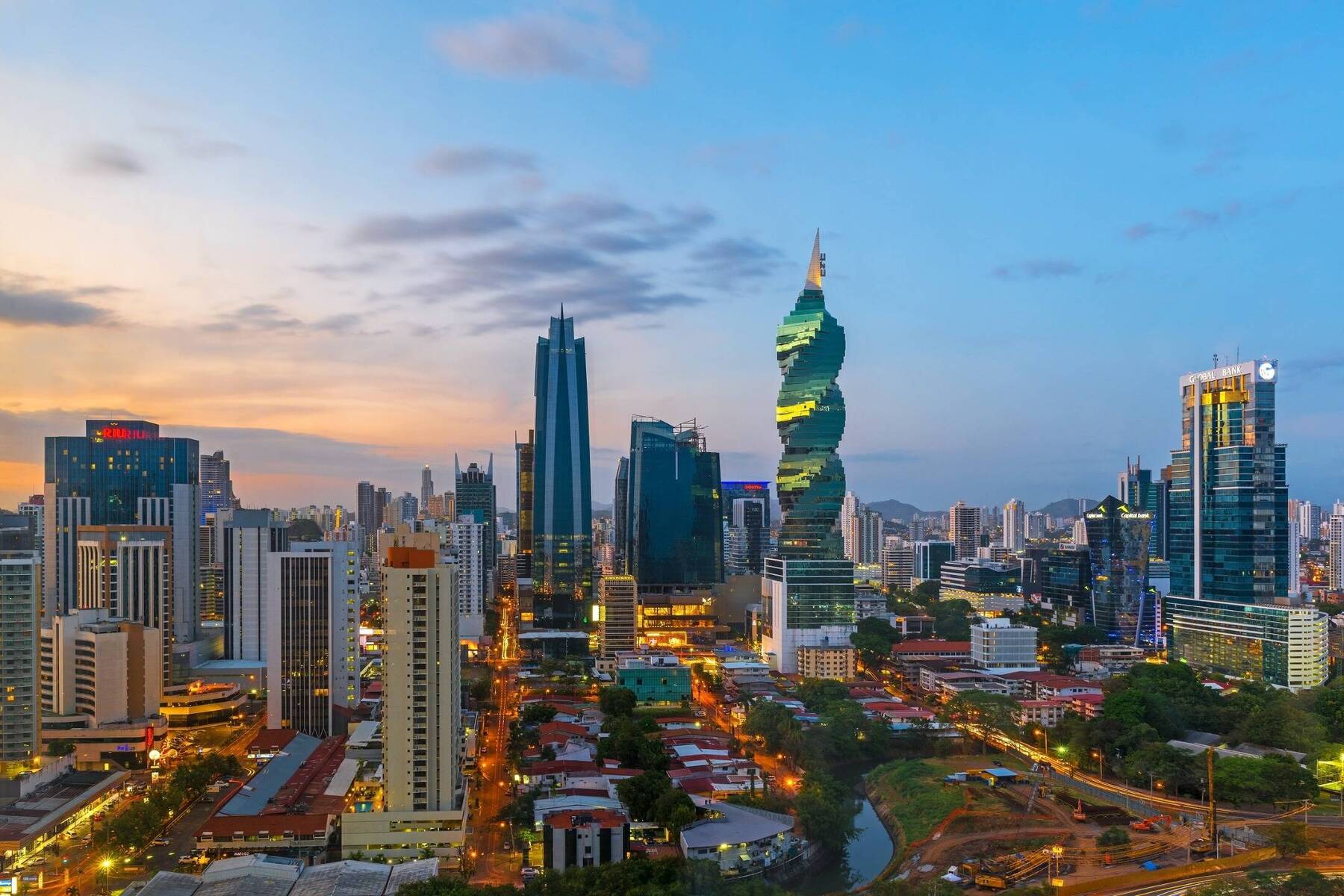 Panarail Tourism Company run an old-style, glass-domed train which travels much of the length of the Panama Canal to the town of Colón. Billed as the first transcontinental railroad of the Americas and running since 1855, this ninety minute trip runs on weekdays departing at 7.15a.m. from Corozal Train Station, around a 15 minute drive from Panama City. Snack boxes are given on board and you can sit back and relax enjoying the scenery with free coffee in the air-conditioned carriages. At times there is dense jungle either side of the train, at other times water on both sides. Lakes are picturesque and ships can be seen on the canal, which appears as a stretch of water between concrete banks. Trains return at 5.15p.m., although one-way tickets can be purchased with passengers walking the short distance, around 300 metres, from the train to the bus terminal and catching a public bus back to Panama City, which run regularly and stop a number of times. Colón is apparently unsafe and nearby the train terminal is rundown, housing dilapidated, roads cracked and the traffic is chaotic. Locals meet the train in Colón and offer to escort passengers to the bus terminal to keep them safe, for a tip.

Isla Taboga lies 20km off the coast of Panama City and is a popular beach destination for locals easily reached by ferry. Tobago Express Catamaran leaves from Balboa Yacht Club five times a day, taking 30 minutes. Buses are available to the yacht club which connect to the metro system. The island is quite small with sandy beaches at its north end. Party boats moor in the bay and a speaker blares music on the beach.

Colourful buildings dot the town, first settled by the Spanish in 1515 and home to the little white Iglesia San Pedro, the second oldest church in the Western Hemisphere built in 1550. A dirt road, taking around 40 minutes to walk, leads to Cerro el Vigia a lookout point which appears seldom visited. Views take in the beaches, a rocky, vibrantly blue-water bay on the other side of the island and Panama City can be seen. A track leads down through bush, which appears even less used than the road, where iguanas and tiny green and yellow frogs, about an inch long, can be seen. The track comes out in the village not far from the beach.

The island, with only one main street and most vehicles are golf-carts, is a pleasant, laid-back place to get away from the city. 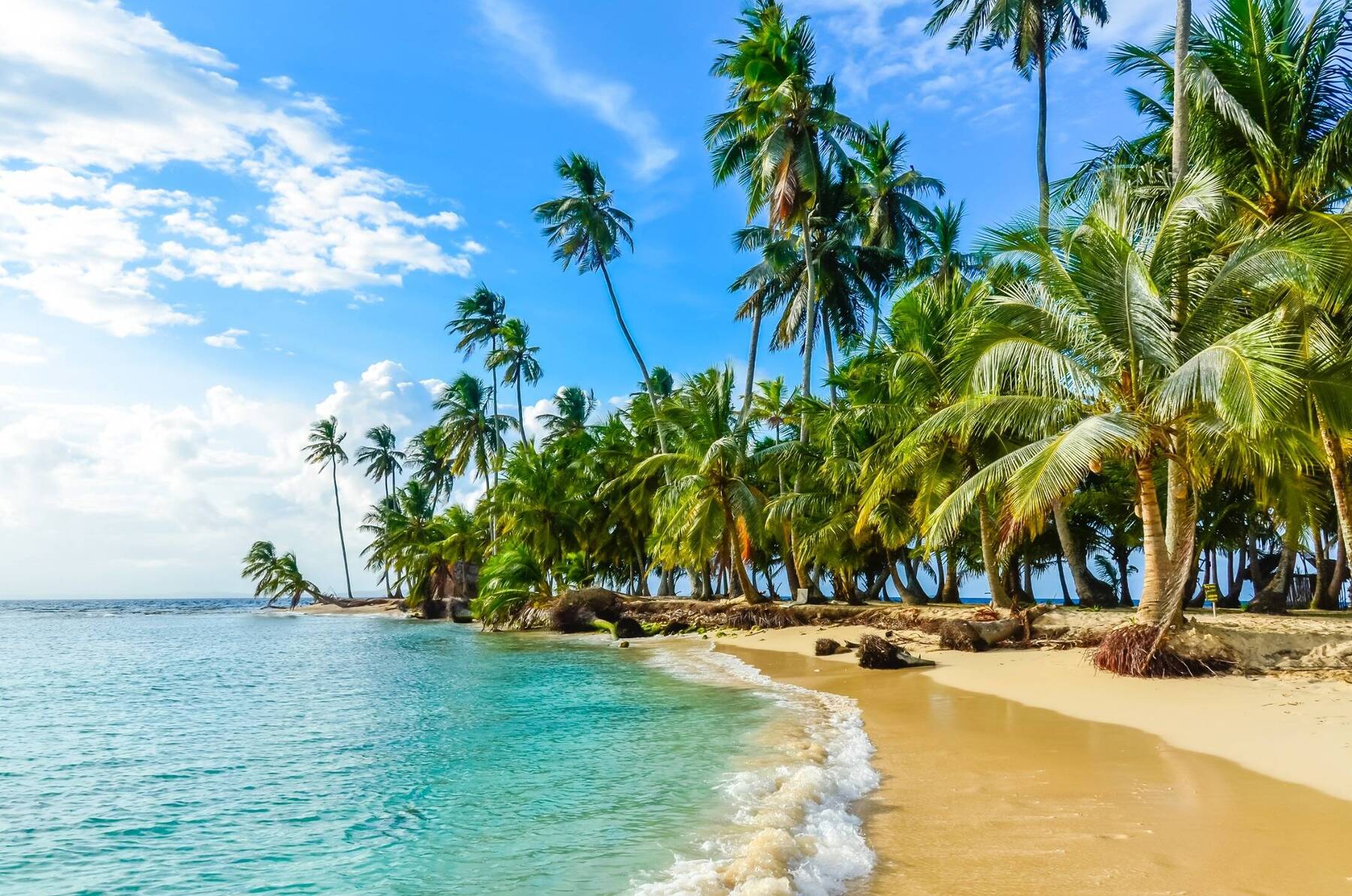