Uncovering the Secrets of Rome

Uncovering the Secrets of Rome

Rome cradles the Vatican City at its heart, its topography a romantic mix of spires, domes and tiles. And beneath it all, so many layers of history. There are perfectly preserved Roman corridors beneath ancient basilicas, ancient Egyptian pyramids poking from the roadside, old tombs below old churches and even older sewers. It's safe to say, Rome has her secrets. From the pagan roots of the Vatican and the cat-strewn steps where Julius Caesar was murdered, to live music on Roman roof terraces, this is a guide to a more secret Rome.

The areas immediately under the Vatican aren’t particularly well hidden when one considers that there are grates where one can simply look down into the chambers, but the ancient necropolis below those chambers require a bit of preparation to gain entry to. Visitors need to book tickets before arriving and on arrival will need to leave the vast Piazza San Pietro and pass through the Swiss Guard to scan bags and check ID before being granted access to meet a guide in the private courtyards of Vatican City.

But it’s all worth the effort to descend into the fascinating series of excavated passageways that await in Vatican Hill. The necropolis is home to a large collection of pagan mausolea — some with family artefacts still visible inside, dirt-filled grottoes and, what is believed to be the tomb of St Peter — identifiable only by a sharp right angle sticking out of one of the otherwise craggy walls. The tour then carries on into the stunning Clementine Chapel and ends amongst the Papal tombs, from where it’s possible to run straight up into the Vatican — avoiding the queues entirely. 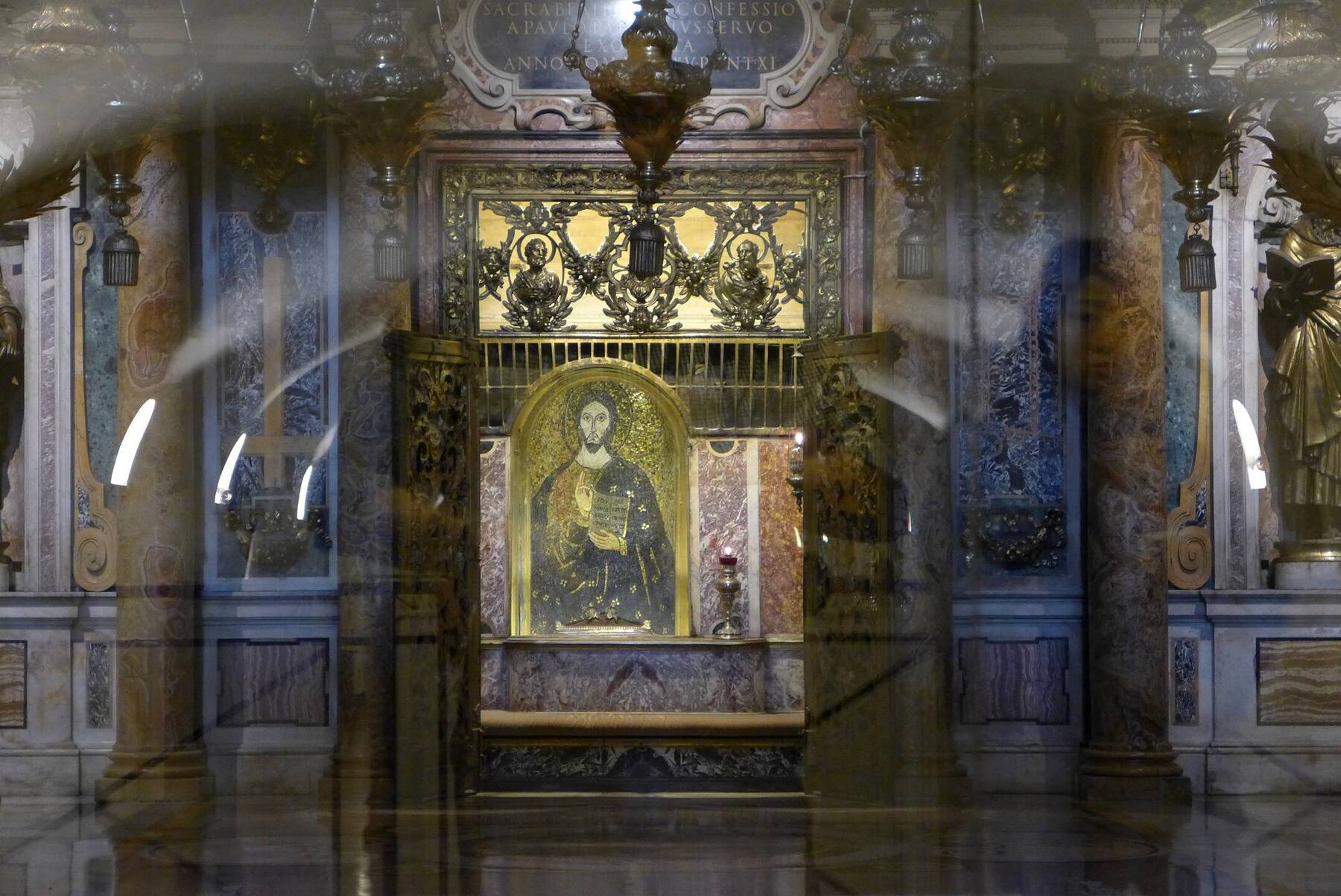 The Cats Of Rome

Hidden until 1929 when it was excavated as part of Mussolini’s rebuilding efforts, the Largo di Torre Argentina is a ruined collection of victory temples and what’s left of the Porticus of Pompey — where Julius Caesar was murdered — and a rather scenic home to a couple of hundred cats. And while cats aren’t rare in Rome (the Protestant Cemetery’s pyramid of Caius Cestius is another place to spot them), the Largo di Torre Argentina makes an especially pretty home to these Roman felines, and it looks a little like a miniature Roman Forum.

The Torre Argentina and its cats are cared for by a small party of volunteers who are essential, as many of the cats are ill, missing limbs or are blind. It’s simple enough to spot them from the streets above the ruins but there’s an entrance on the corner of Via Florida & Via di Torre Argentina which leads down into the ruins where as well as getting a little closer to the cats, one can visit the small gift shop and leave a donation to help its furry residents.

The Cats of Rome

Anybody walking past this big emerald green door on Aventine Hill would consider the people queueing up outside it, each bending over, in turn, to peep through the keyhole, a bunch of oddly patient, and overly formal voyeurs… if they didn’t know what was on the other side that is. But on peering through themselves they would be greeted by the most beguiling of views.

Right in the middle — the beautiful dome of St Peter’s, framed so enigmatically by arching shrubs and flowers from the gardens that lay just beyond the door. And the view gets better once over the threshold as there’s no need to squint through the keyhole. But the lavish gardens where the views are best are a part of the Villa del Priorato di Malta and can only be visited on certain days by booking here. 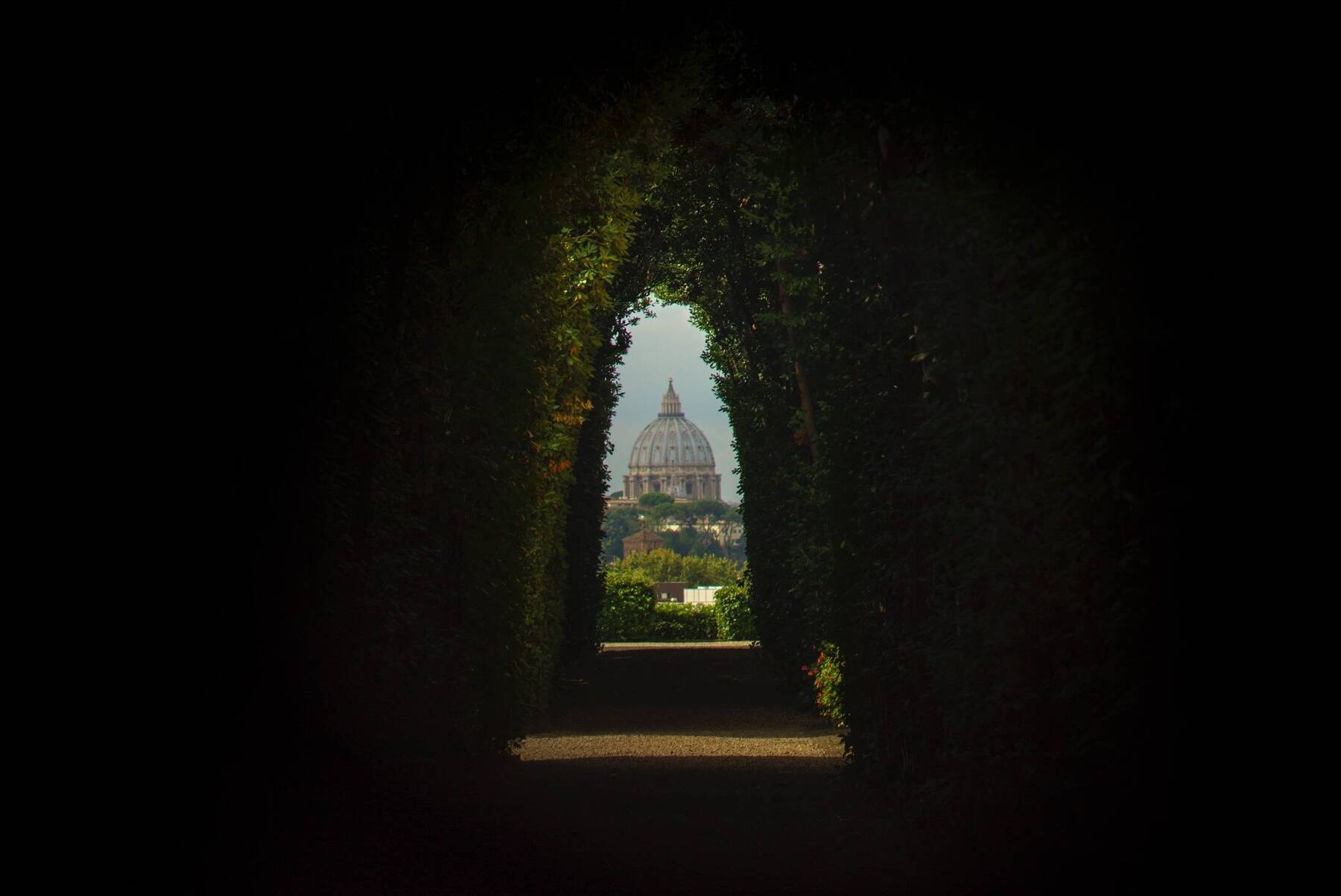 A Secret On The Rooftops

For twenty years now an almost entirely secret (unless you read the Italian press who have often attempted to demystify it all) and free music festival has been taking place every Sunday of July. It’s hidden on a private rooftop in Rome’s Arco di Travertino and has sunset drenched views of the Roman Aqueduct and a laidback convivial atmosphere.

Musicians from around the world — though mostly local artists — are invited to play the low key event, that used to find its audience through word of mouth alone. It is strictly a “music festival”, not a party. It’s the kind of event where one can bring drinks but must observe a strict silence while the artist is playing. A joke with friends led to the odd name Half Die Festival, and also to the banning of open shoes, which has stuck. The atmosphere is very local, snug and respectful, and people often turn up with pillows for comfort. But ultimately it’s all about the music.

To get more information, request to join the Half Die Facebook group — but remember to reserve via email in order to receive the correct location. 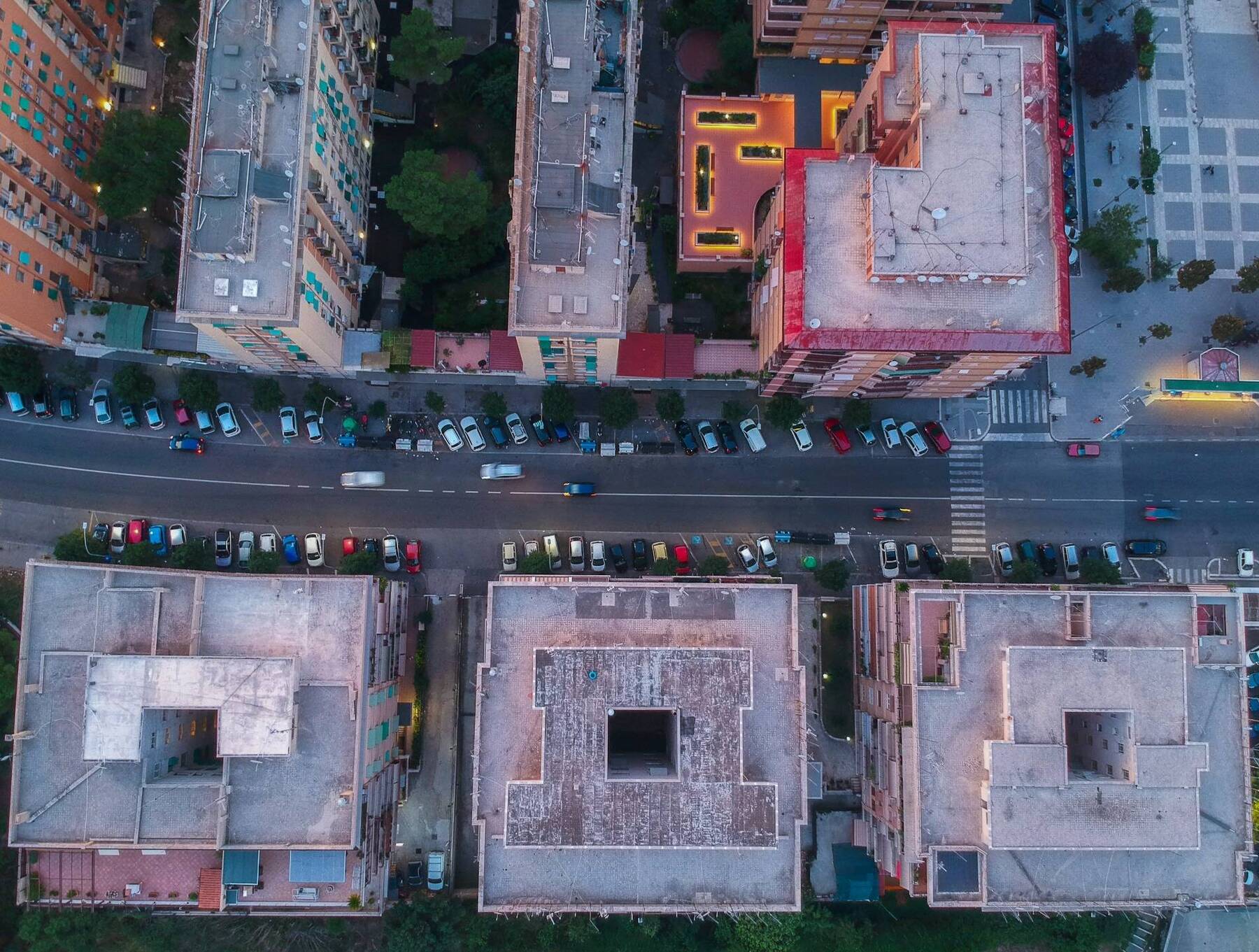 Quartiere Coppedè is a peculiar, whimsical neighbourhood hidden in the Trieste district of central Rome and easily explorable on foot in a few minutes. It’s been featured in a huge cast of movies — from The Omen through to Dario Argento’s classic Inferno. But in contrast to the vast rotunda of the Pantheon or the giant sand-coloured Castel Sant’Angelo, this tiny neighbourhood is a veritable theatre of colourful and eclectic Italian architectures: from Florentine Towers to Venetian palazzi and colourful villas named after fairies and spiders. All of which were dreamed up by Florentine architect Gino Coppedè and inspired by Europe’s art nouveau movement, and the silent movie: Cabiria. In fact, the surreal-looking arch leading to the Palazzo Ospes Salve, with its black and white tiling and glass chandelier is a reproduction of a scene from that very film.

Highlights in Quartiere Coppedè include the Palazza Ragno and its spider sculpture that sits above the entrance, the huge arch that towers over the road and its wrought iron chandelier hanging down below the keystone, and the ornate Fontana delle Rane in Piazza Mincio, adorned with 12 marble frogs 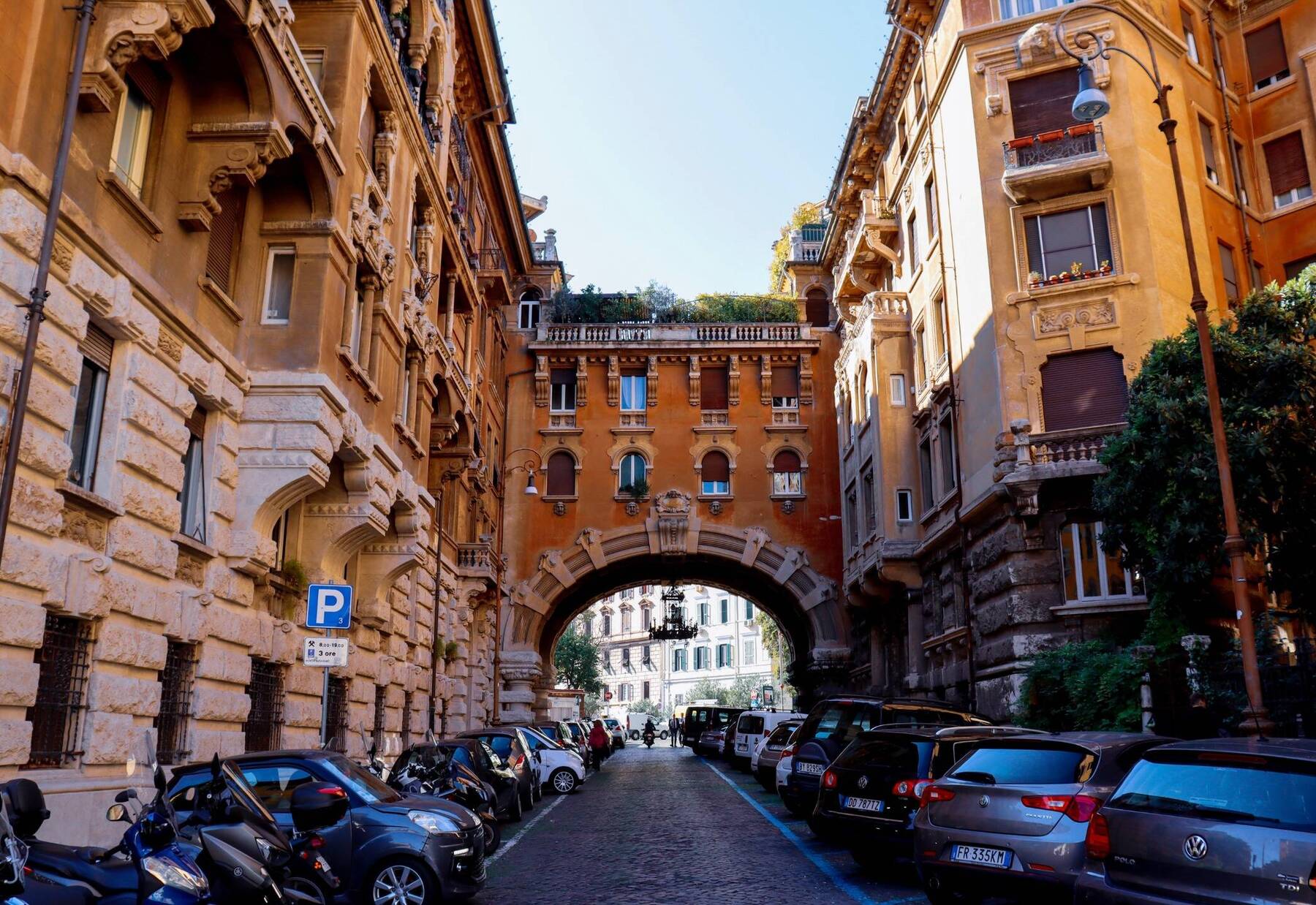