There’s a certain expectation that comes with NYE celebrations. A sensation that the 31st of December must perpetually be the best night of one’s life. And so we jump into parties to dance, cram ourselves into packed streets to watch fireworks, and into bars to quaff Champagne. And while all these are perfectly reasonable pursuits for each night of the year — we tend to lend them special credence on NYE — even if it’s the same old club in the same old city. So to help spice up and add a hint of the unexpected to NYE, we’ve uncovered just a few unconventional NYE destinations for your consideration in 2019: from lunar-lit desert landscapes in Africa to colourful beach towns in South America.

NYE In The Desert, Morocco

What better place to spend an unforgettable evening than below vast open skies studded with millions of stars, framed by the undulating silhouetted dunes of a desert? Intimate all night parties such as those hosted by Marrakech-based RAK ELECTRONIK have proved popular in recent years, but more traditional gatherings in the Agafay and Saharan Deserts are the most accessible ways to celebrate. In the Sahara, New Year’s Eve desert tours take in the Atlas Mountains, the Valley of a Thousand Kasbahs and boast of overnight stays in traditional Berber tents, while in the Agafay Desert, (30km away from Marrakech) private dining under the stars in lavish desert camps with Gnaoua music, fire eaters and belly dancing is one of the more romantic ways to spend NYE in the desert. 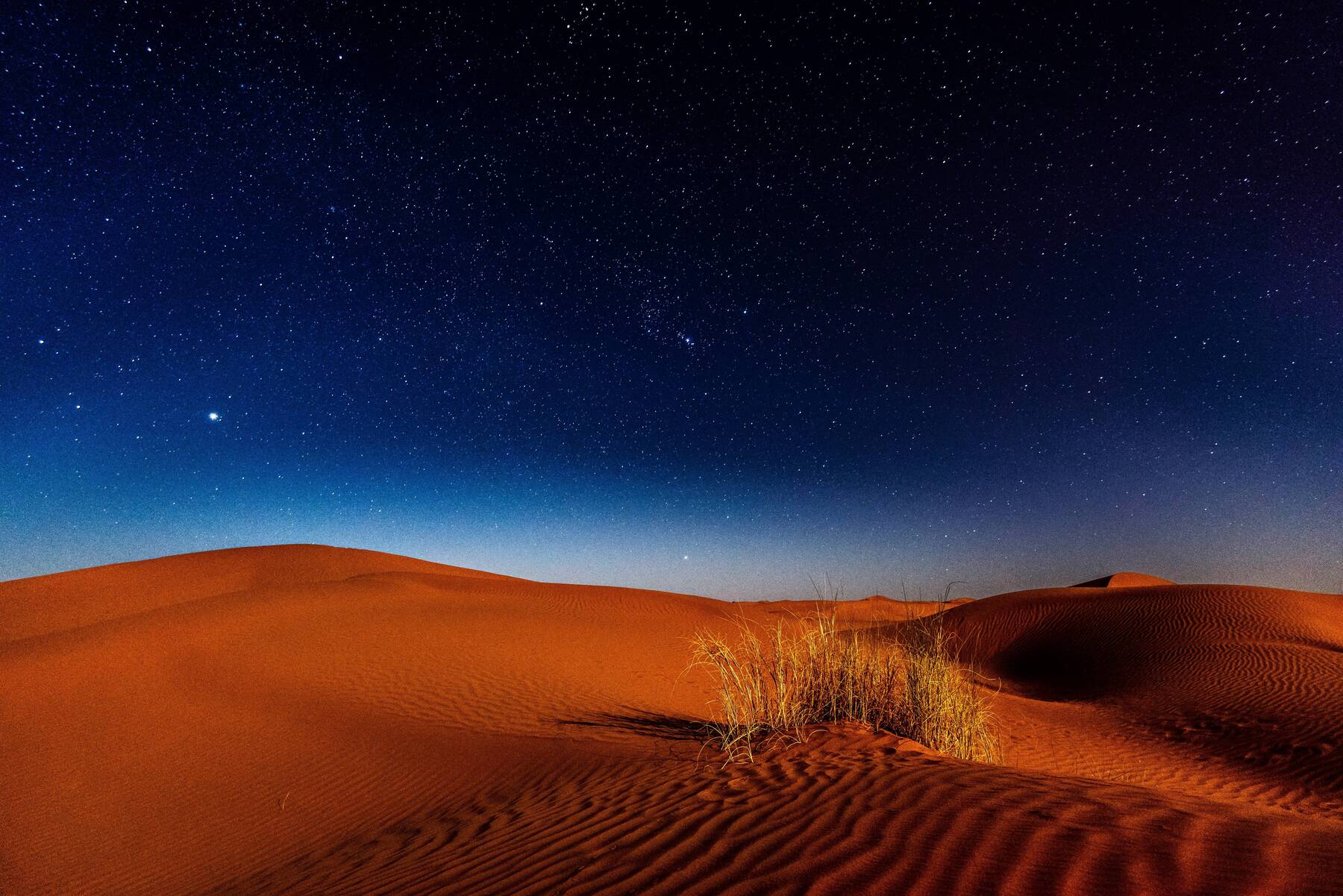 NYE by the Sea, Valparaíso, Chile

Brazil’s Copacabana has long been South America’s go-to destination for New Year’s Eve celebrations, but Chile’s delightful Valparaíso hosts the biggest, and arguably the best NYE event on the continent. The celebrations last for three days but the highlight is the outrageously large fireworks display that takes over much of the harbour — with rockets launched from barges floating along the coastline — viewable from most of the city.In the daytime, the UNESCO-listed old town looks stunning with its technicolour maze of old Creole houses painted up lush hillsides, colourful and charming cable cars called “ascensores”, and vast lengths of topaz coastline. But at night under the dazzling lights of one of the world’s largest fireworks displays, it looks otherworldly and breathtaking. 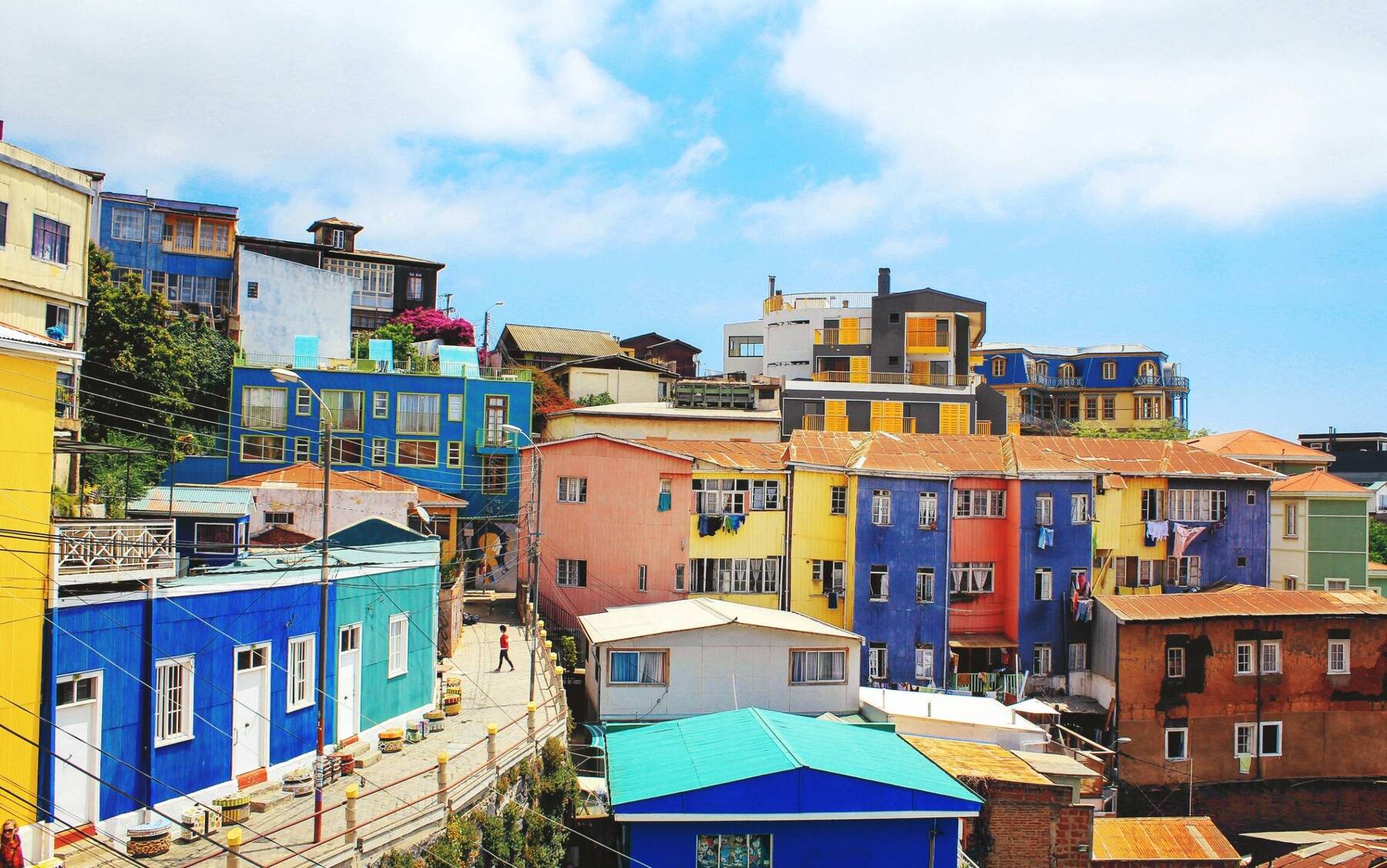 Hold on a moment. If you’re anywhere but the USA, then trust me, Disney is an unconventional place to celebrate. But do think about it, Disney has a parade and a fireworks display every single night of the year, so naturally, NYE at any of the Disney parks is guaranteed to be just a little bit special. The fireworks are bigger and louder — especially in Florida, the attractions in some parks stay open until after midnight — including Paris in 2019 — and there are parties and festivities galore. Families are catered for with child-friendly shows, early (multiple) firework displays and more, while adults can indulge in black tie dinners or simply soak up the oddly satisfying atmosphere that is a Disney park after midnight. 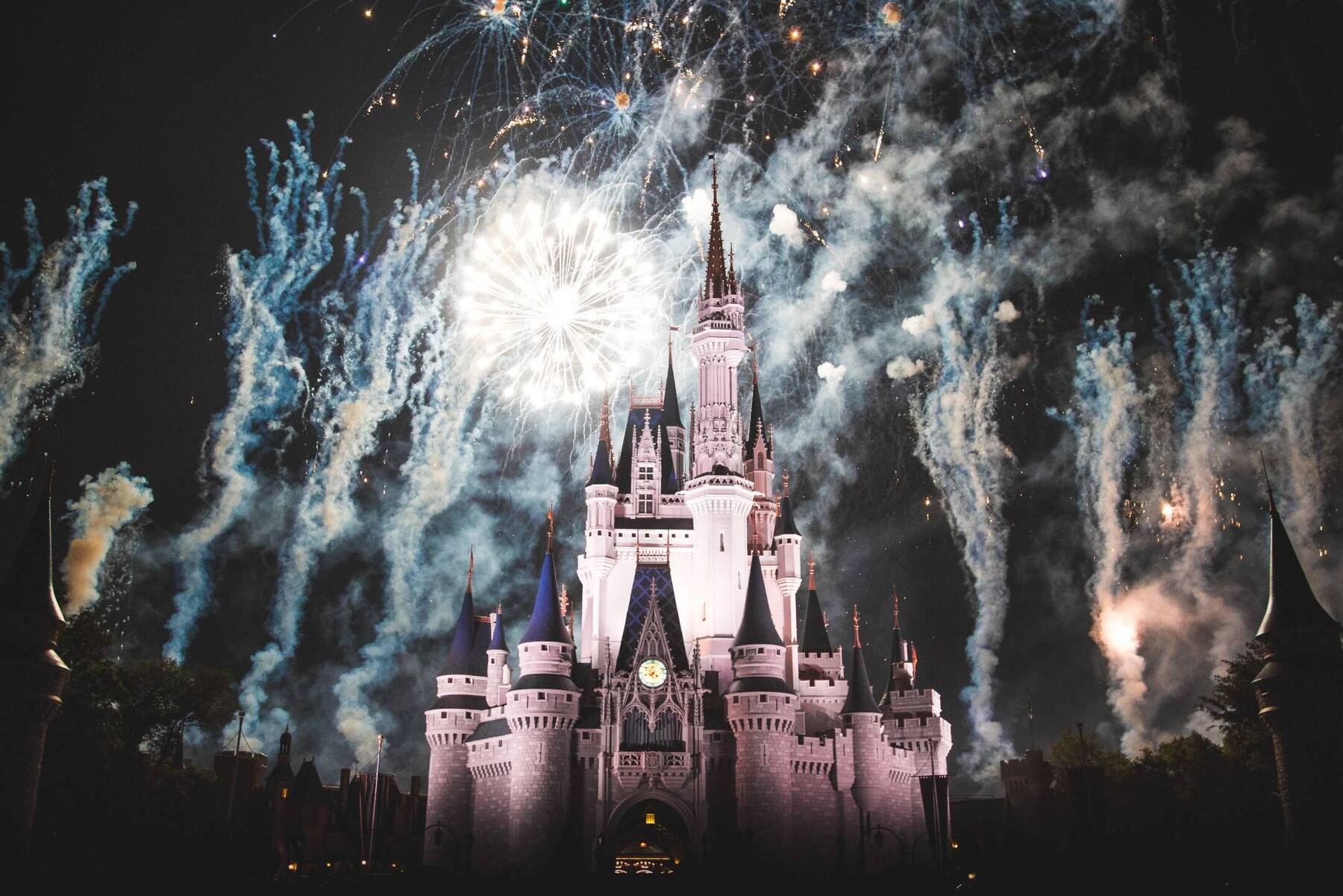 In Scotland, New Year’s Eve is called “Hogmanay”, and there is perhaps nowhere better and more inclusive to celebrate it than in beautiful Edinburgh as part of the Torchlight Procession that snakes its way along the Royal Mile, ending as a gigantic human sculpture in Holyrood Park (the torchbearers are led in in such a manner as to create an image of some sort when viewed from above — this year it will be two people shaking hands).

But Hogmanay is celebrated throughout Scotland with all kinds of traditional events — most of which include some element of fire, a testament to the pagan roots of the celebrations. In Stonehaven, the streets are closed as a piper-led procession performs what was once a pagan cleansing ritual, flinging balls of fire around their heads as they make their way to the harbour. In Dufftown, villagers begin with a traditional ceilidh (Scottish Gaelic for a party) in a local hotel, before the celebrations are taken to the town square, where free drams of whiskey and shortbread courtesy of Glenfiddich and Walkers are handed out amongst the revellers.

The village of Biggar, on the other hand, celebrates with a torchlit parade through the village with a band of pipers and drummers, culminating with the lighting of a gigantic bonfire hours before midnight that everyone gathers around. The fire has been hosed down on more than one occasion, and it was replaced by a candle in a jar in WW2, but it’s so big these days that the locals have a saying that goes something like: "London and Edinburgh are big but Biggar's Biggar." 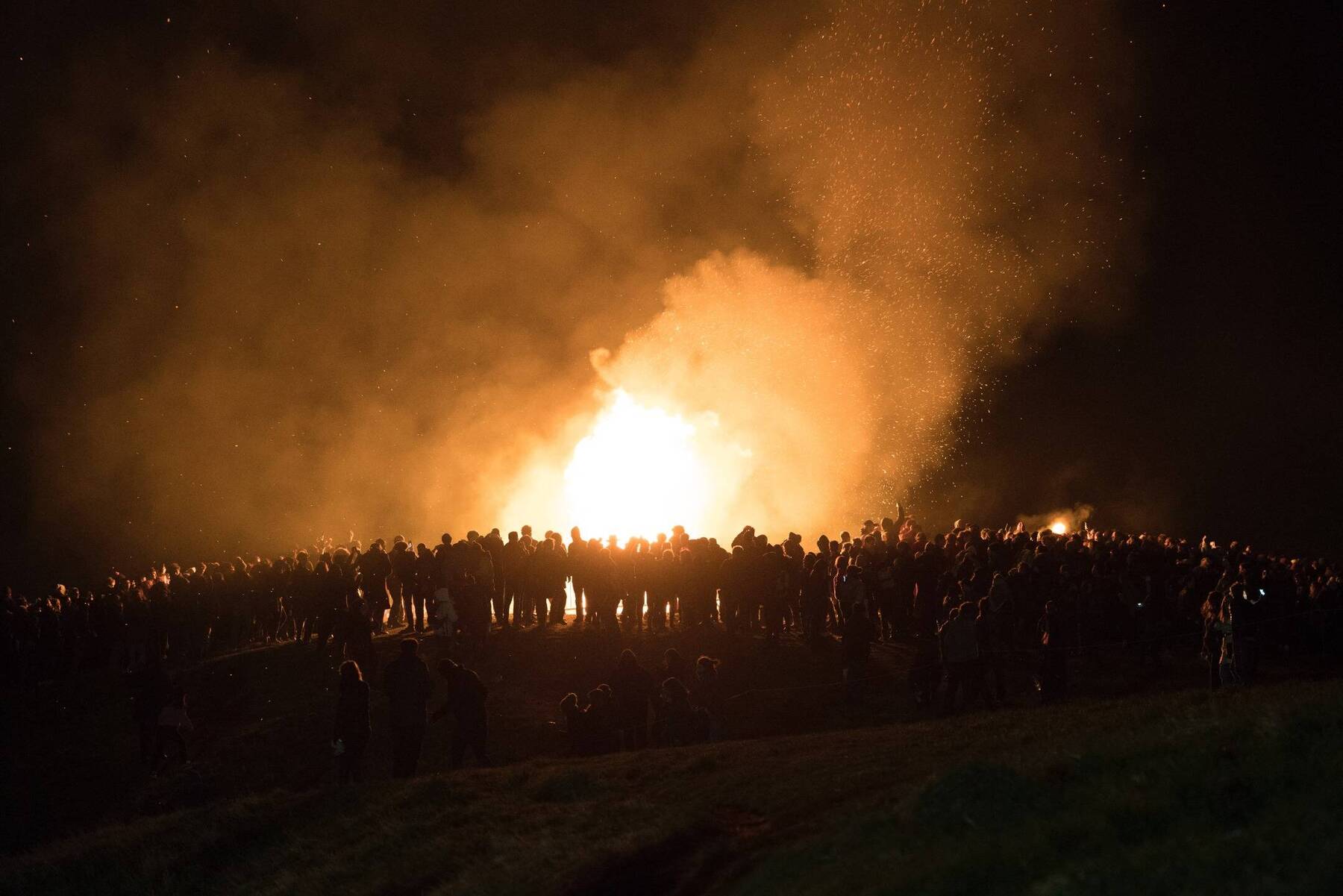 This delightfully Japanese NYE celebration involves a parade from Shozoku Shrine to the atmospheric Oji Inari-Shrine — a shrine dedicated to the deity of foxes. The parade has its roots in a Japanese legend that tells of a group of foxes who would gather under a large tree on New Year’s Eve and make a pilgrimage to Oji Inari Shrine dressed as humans. The first parade in 1993 was inspired by the ukiyo-e (Japanese woodblock art) master Utagawa Hiroshige who painted the scene. And now every year locals gather to celebrate and parade the streets dressed as foxes, and after the clock strikes 12, they enter the shrine to perform their hatsumode — the first prayer of the year.Anyone can take part in the parade but one has to register beforehand. Otherwise, grab a spot on the sidelines and watch in awe as the shrines and the surrounding areas are taken over by colourful Kitsune carrying glowing orange lanterns and dressed in heavy winter kimonos and intricate, often very beautiful costumes. 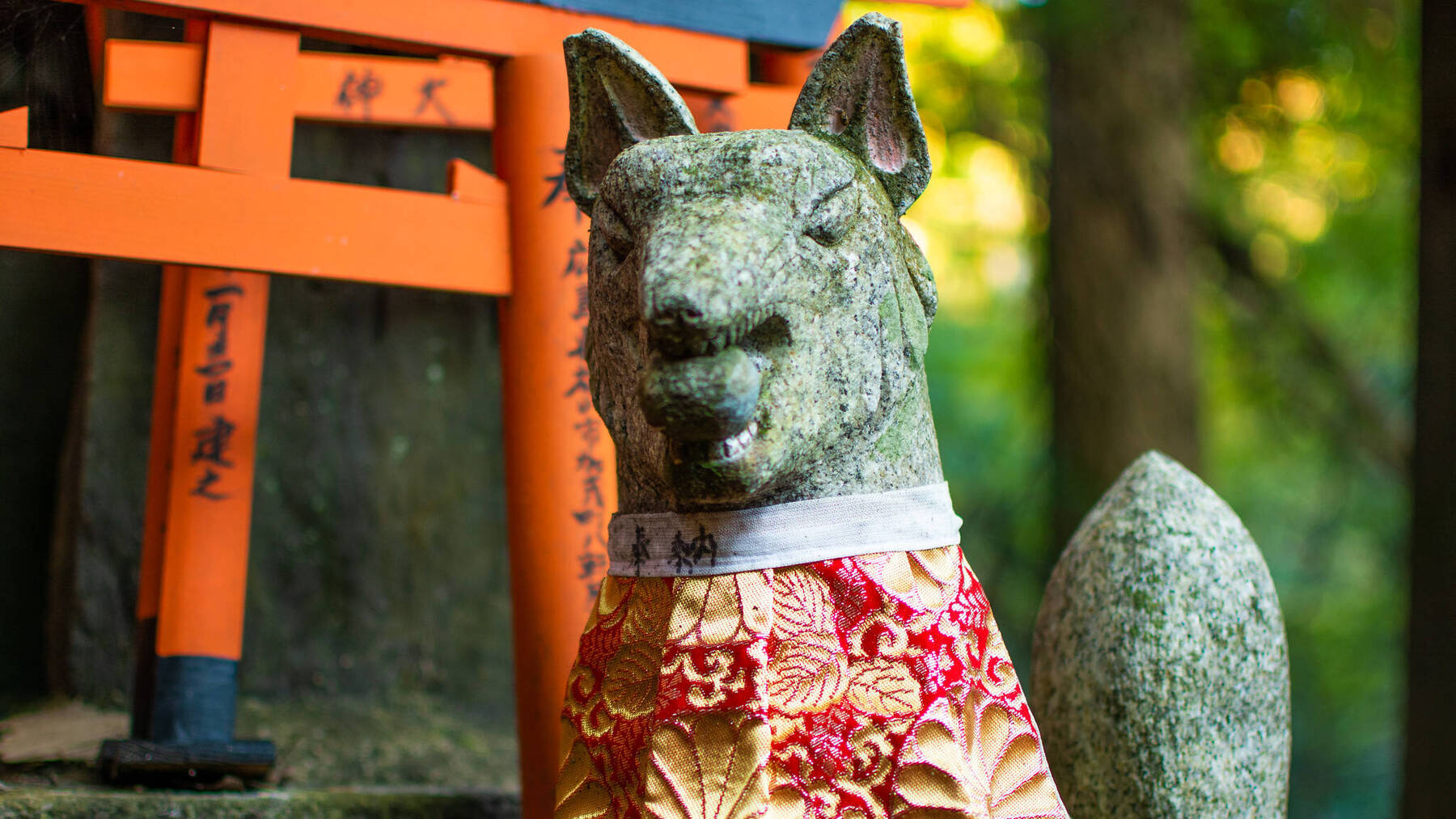