Whether you’re a proper history buff or just have a passive interest in the drama of it all, these sites are full of intrigue… even hundreds of years after Henry VIII passed through each hallowed hall. It’s fine if you only watched The Other Boleyn Girl rather than read the book, or if you’re just here for the fashion. Touring these landmarks will help you catch up.

The Tudor family ruled the Kingdoms of England, Wales, and Ireland from 1485 through 1603, and Henry VIII and his daughter Elizabeth I remain the most famous (or infamous) monarchs from this 118-year run. Today, they’re still viewed as two of the strongest monarchs in England’s rich history. During the Tudor era, England flourished in nearly all areas: arts, exploration, architecture, education. Though the dynasty ended when Elizabeth I died childless, the Tudor impact and influence on England’s history carries on.

Also of note: while Tudor history can be grim and gory, each of these spots is surprisingly kid-friendly, often with event schedules that cater to the smallest history buffs among us. 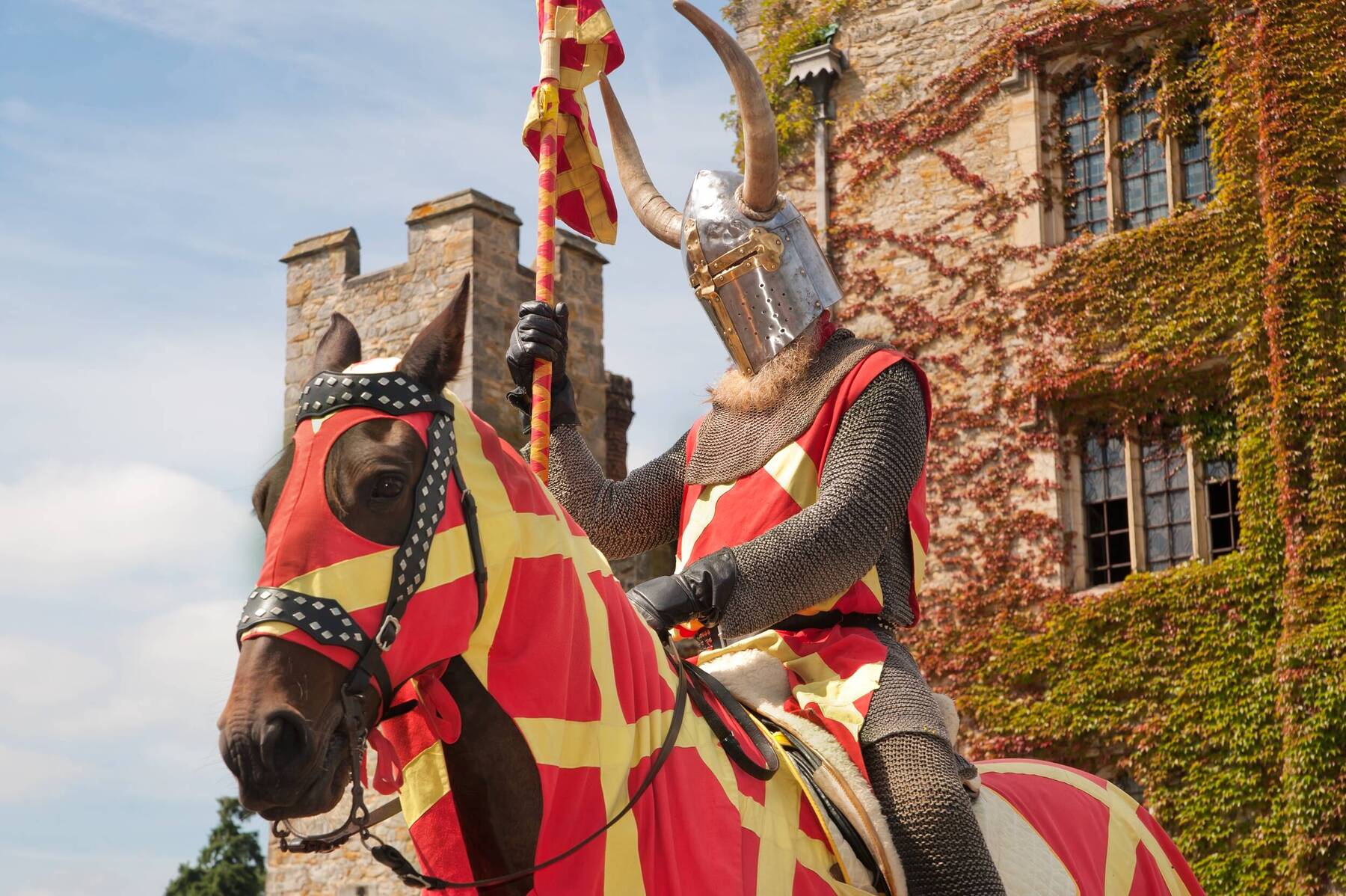 Expanded by Henry VII and known to be the birthplace of Henry VIII, Greenwich Palace served as a familial hub for the Tudor family. Notoriously germaphobic, Henry VIII preferred to spend as much time as possible away from the sights, smells, and diseases of London, and found travelling by water to be the safest and easiest way. While at Greenwich, the Tudors could escape the city, but easily access London when needed. Henry VIII was also able to visit the nearby shipyards at Deptford and Woolwich, and the navy remained one of his main focuses and top priorities throughout his reign.

Today, Greenwich Palace no longer stands, but the Tudor legacy lives on. Visit the National Maritime Museum to learn more about Henry VIII’s beloved navy or take a walking tour of the neighbourhood to discover how Greenwich Palace fell into disrepair over the ages. Cap your trip with a visit to The Queen’s House. Built after Tudor rule ended, it was considered brave and daring for its then-bold design that differs greatly from the traditional, red-brick Tudor style. 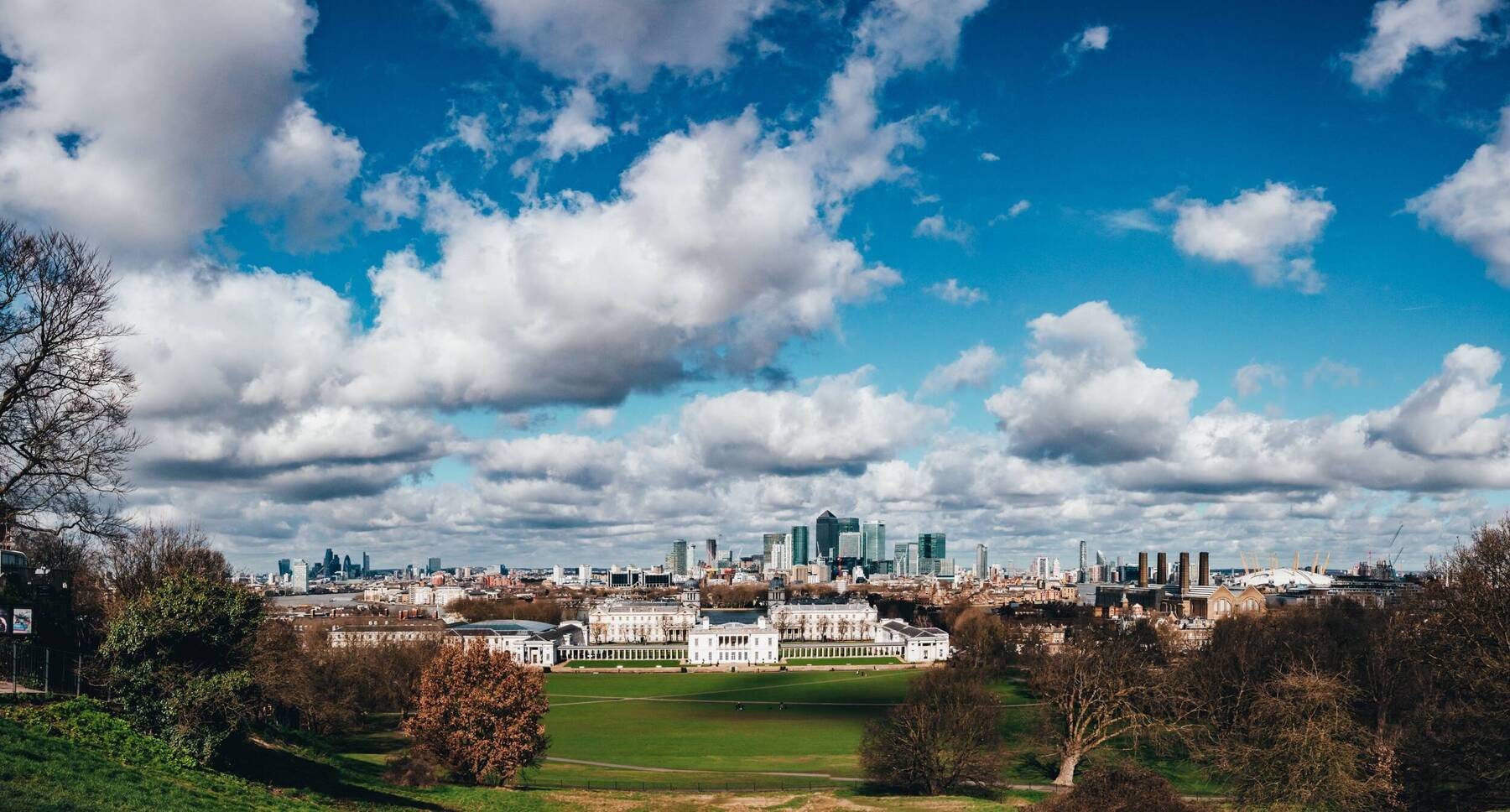 Though Greenwich was personally more important to the Tudor family, Hampton Court is likely what comes to mind when planning a Tudor-heavy itinerary. That’s because this is where the Tudors held court. The palace served as the seat of government, played host to visiting dignitaries, and boasted the country’s most enviable parties.

As you tour, keep an eye out for pomegranates… yes, pomegranates. This is a nod to Catherine of Aragon’s royal emblem—the Spanish princess’s family was the most powerful in Europe, and pomegranates were symbolic of their potency. Based in love, Henry VIII’s marriage with Catherine of Aragon was his most successful. They remained married longer than his other five marriages combined, and most believe she was the only wife he truly loved.

But Catherine of Aragon isn’t the only wife whose memory is preserved in Hampton Court Palace. The Great Hall was a gift to Anne Boleyn. After her execution, he had any trace of her removed, but one small symbol was missed by the workmen and can still be spotted today.

The palace now holds Tudor-themed events and seasonal fayres, often with actors dressed to reenact pivotal moments throughout Tudor history, including medieval jousts (Henry VIII’s favourite sport). Hampton Court also boasts an extensive Tudor artwork collection, including an iconic portrait of Elizabeth I and the remaining cloth from a gown that bears a striking resemblance to the one she wears in the painting. 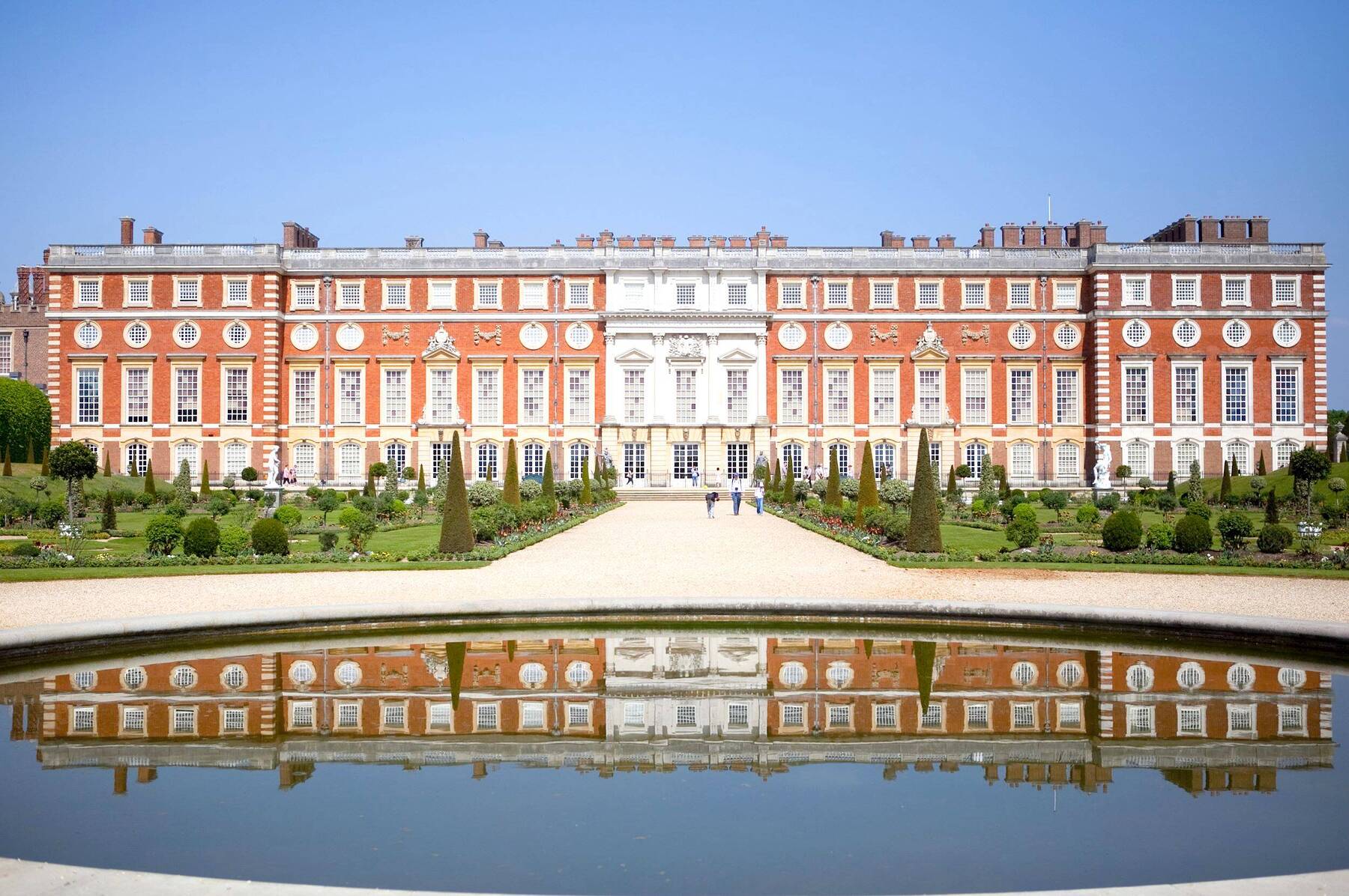 The Tower of London

Whether you care about the Tudors or not, the Tower of London is on every must-see list when visiting the Big Smoke. But for Henry VIII, this was mainly a prison and a symbol to his kingdom that no one should betray the king. Most people who were sent to the tower never left.

Today, you can visit the rooms where Thomas More was kept, as well as the assumed site of Anne Boleyn’s execution. One hall is lined with armour, including Henry VIII’s own suit, as well as his horse’s. Queen Elizabeth I herself was imprisoned briefly at the tower under her cousin Mary’s orders, but during Elizabeth’s reign, the prison was used considerably less than when her father was in charge.

Aside from soaking in the history, the Tower also boasts incredible views over the Thames to Tower Bridge and the Shard. In winter, an ice-skating rink is set along the grass at the base of the wall that once protected the Tower… keeping people in or out, depending on how you look at it. 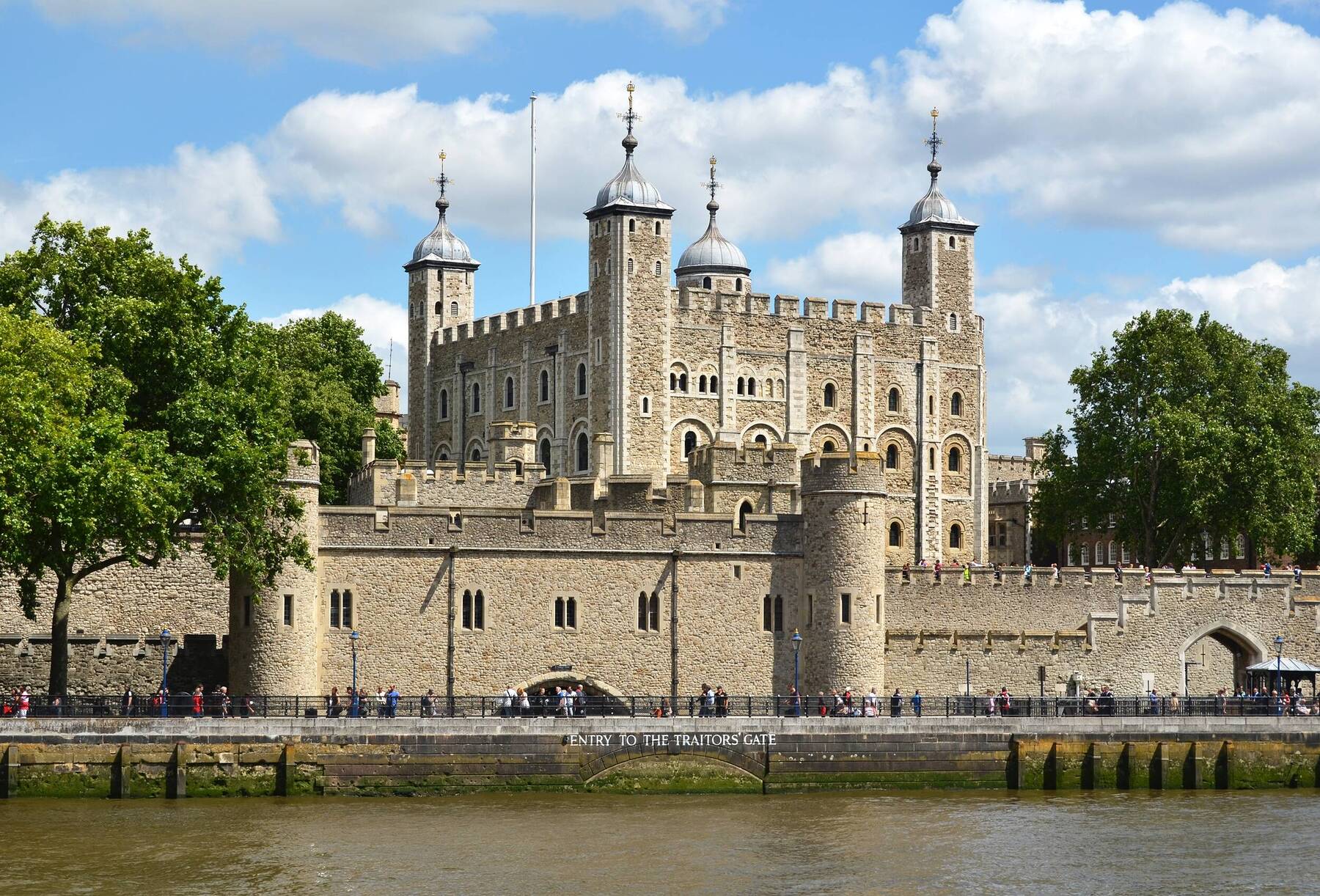 If you’re looking for more Tudor history outside of London, then a visit to Hever Castle in Kent is well worth your time. This is the Boleyn family’s ancestral home, and it’s here that Anne spent her childhood, where she was banished briefly before becoming queen, and where she stayed as her marriage crumbled and Henry sought love (and an heir) elsewhere. After Anne’s beheading, the Boleyn family maintained Hever Castle through her father’s death, but his brother was forced to sell the property to the crown for £200 to pay off debts. Henry VIII then gifted Hever to his fourth wife, Anne of Cleves.

Today, Hever is open for visitors and offers sprawling gardens, scenic boat rides, and a castle that can only be described as small and quaint in comparison to the other sprawling palaces you’ll find throughout England. 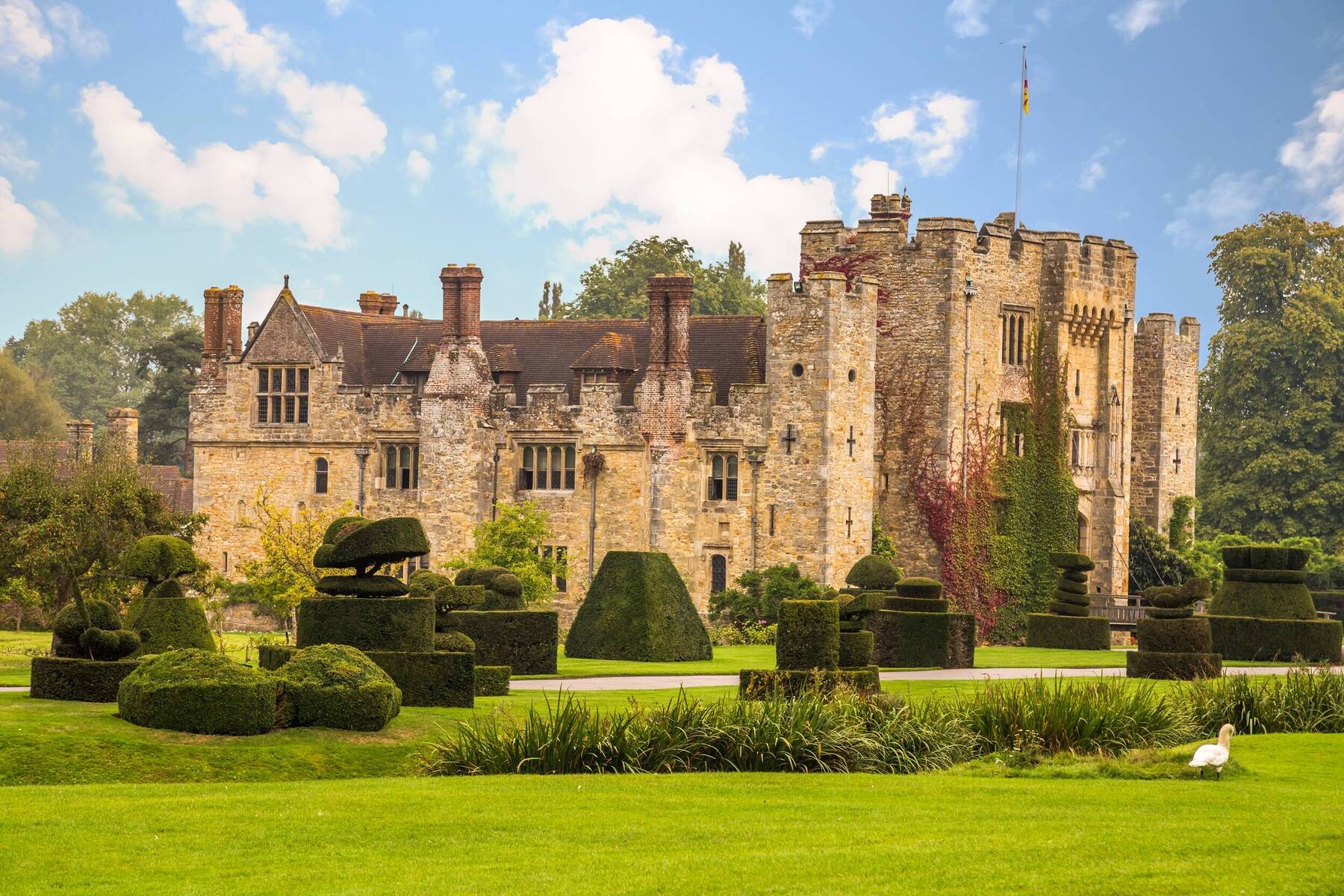 While her very first trip abroad with her family may be the most memorable—who can forget a Beatles’ tour of London & Liverpool?—Ashley didn’t realize her passion for travelling until a week-long trip to Greece in 2008 changed everything. Since then, she's visited over 40 countries, ticking over a dozen off her list during a 5-month RTW adventure with her husband. Originally from outside of Philadelphia, Ashley has called New York City and the Île-de-France home but is now based full-time in London. Day-to-day, she's a freelance writer and chief adventure planner for her husband and two little ones, and you can find Ashley's other travel tales on her blog, The Lazy Travelers, which she co-runs with her best friend.