Through the Centre of Australia

Through the Centre of Australia

With a total drive time of over 30 hours, the drive through the red centre of Australia from Darwin to Adelaide on the Stuart Highway is the ultimate road trip to tackle. While the highlight of the trip is a visit to Australia’s iconic and enormous sandstone monolith known as Uluru or Ayers Rock in the heart of the Northern Territory, there’s plenty more to see on the 3,000km drive. Detour to otherworldly national parks, stop off at strange towns and discover some of Australia’s popular cities on this action-packed road trip. And remember to take your time exploring – it’s a marathon, not a sprint, after all.

Begin your trip in the sweltering tropical city of Darwin, located in one most Northern areas of Australia. If you can handle the heat, explore some of the city’s attractions, such as the museums that highlight the city’s emotional past as a victim of the bombings in World War Two.

A vibrant and buzzy city, Darwin is a great place to cool down with a cocktail or two and a delicious dinner before you head out on your adventure into the sprawling plains of the desert.

Around an hour and a half’s drive away from Darwin lies the verdant Litchfield National Park, home to refreshing natural swimming pools and cascading waterfalls. Take a dip in the water to cool down from the heat, but always check the signs to ensure they’re safe to swim in. Crocodiles live in the national park, after all. 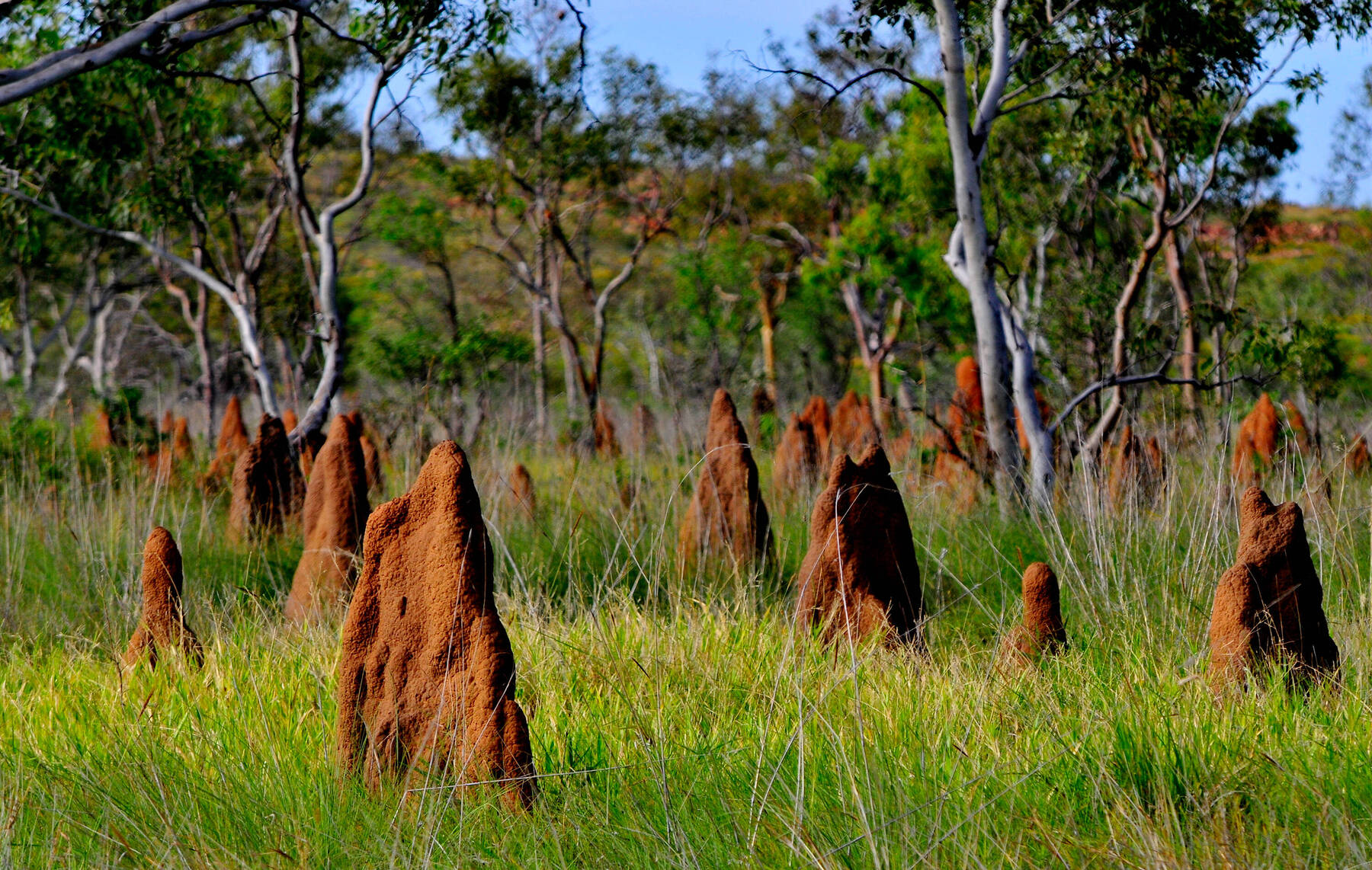 Take a detour to another of Australia’s famous national parks – this time, the wetland wonderland of Kakadu National Park. A lot larger than Litchfield, Kakadu is renowned for its crocodile sightings. If you’re brave enough, venture to Cahill’s Crossing to see if you can spot the beastly giants moving through the murky water.

Aside from crocodiles, there’s a lot more to see, such as the fascinating Ubirr Aboriginal rock art and the tranquil natural infinity pool at Gunlom Falls. 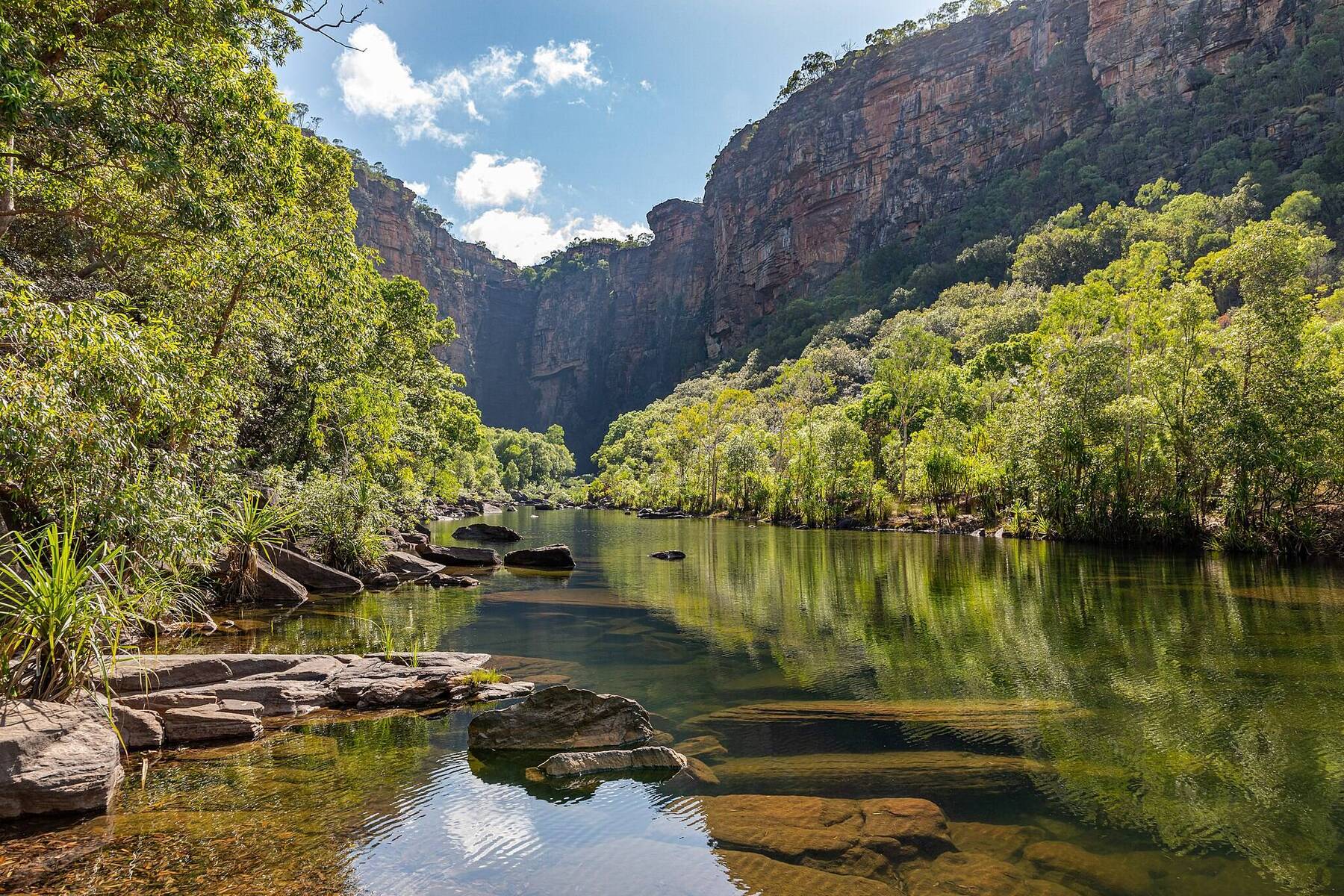 While there are small towns to stop off along the way from Kakadu such as Katharine and the quirky Daly Waters, the next significant point of interest is Alice Springs in the heart of the Northern Territory. Alice Springs is usually where visitors base themselves to see the almighty Uluru, but there are lots to do in the town itself.

Set in the middle of the desert, Alice Springs showcases a budding arts and music scene. Explore the local bars and restaurants to discover both Aboriginal and Western artists entertaining as you tuck into dinner and drinks. 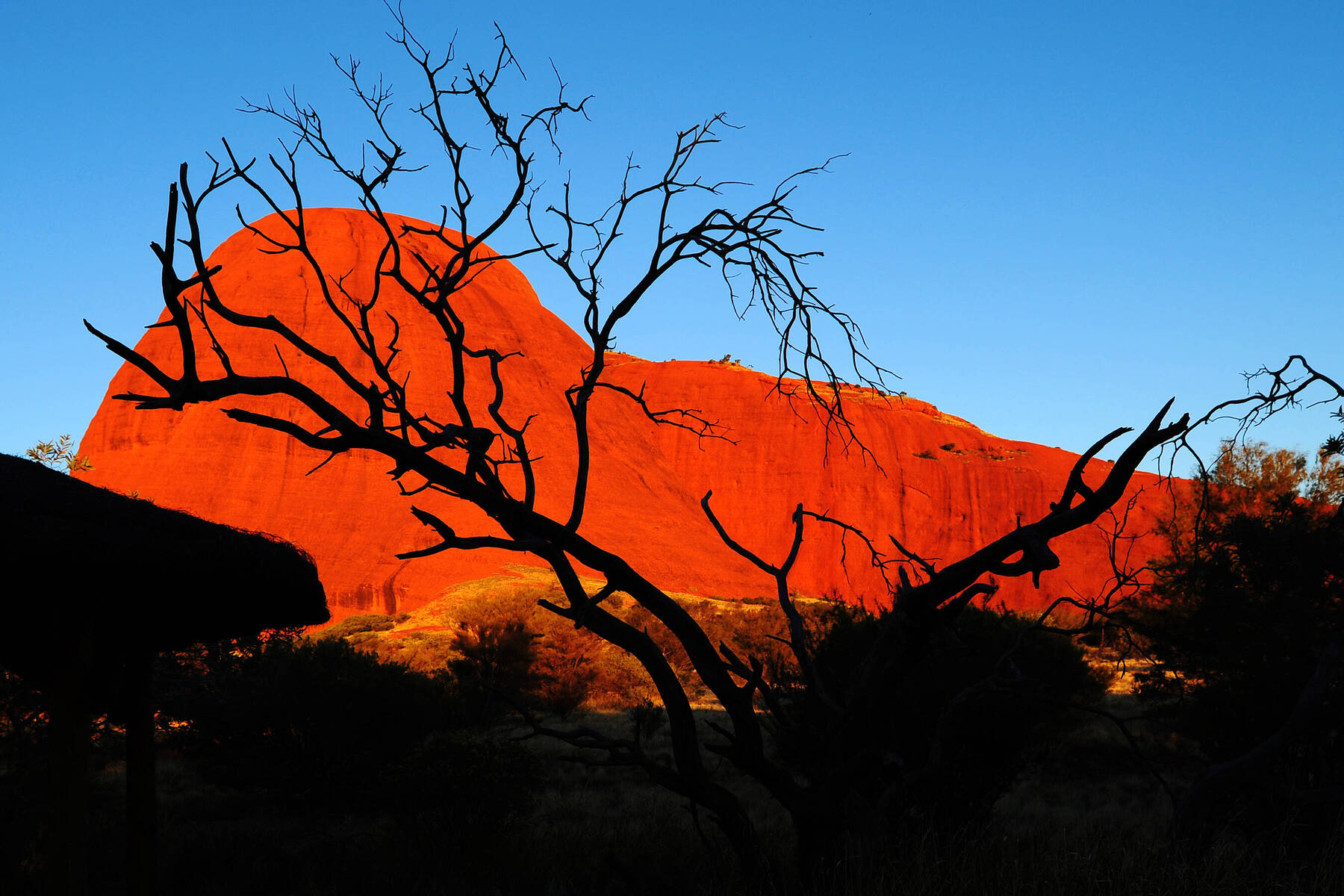 While many people make a beeline for Uluru from Alice Springs, the mountain ranges of West Macdonnell along the route are well worth a visit. With few tourists making the trip, explore dramatic gorges and valleys to observe the wild red centre at its best.

The area features several natural swimming holes, so you can retreat from the heat surrounded by rust-red rocks. You may feel like you’re starring in a blockbuster movie. 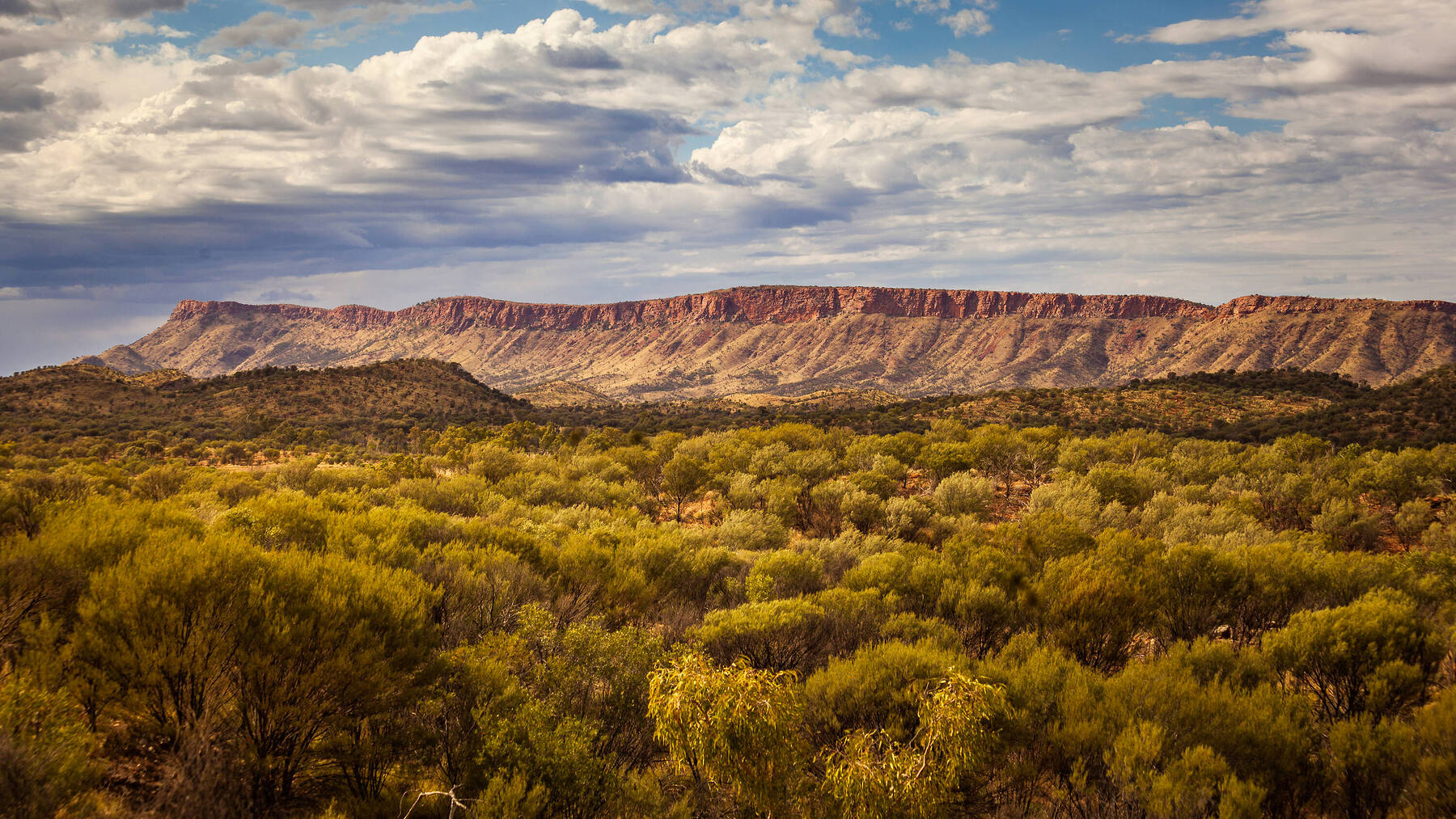 Another must-visit spot before reaching Uluru is the Watarrka National Park, home to the natural marvel that’s the King’s Canyon.

The best way to explore the King’s Canyon is to embark on the rim walk, a six-kilometre hike past huge boulders and spectacular viewpoints. Start at sunrise to avoid trekking under the sweltering hot sun and leave yourself a few hours so you can take plenty of photos and can stop to absorb the views. 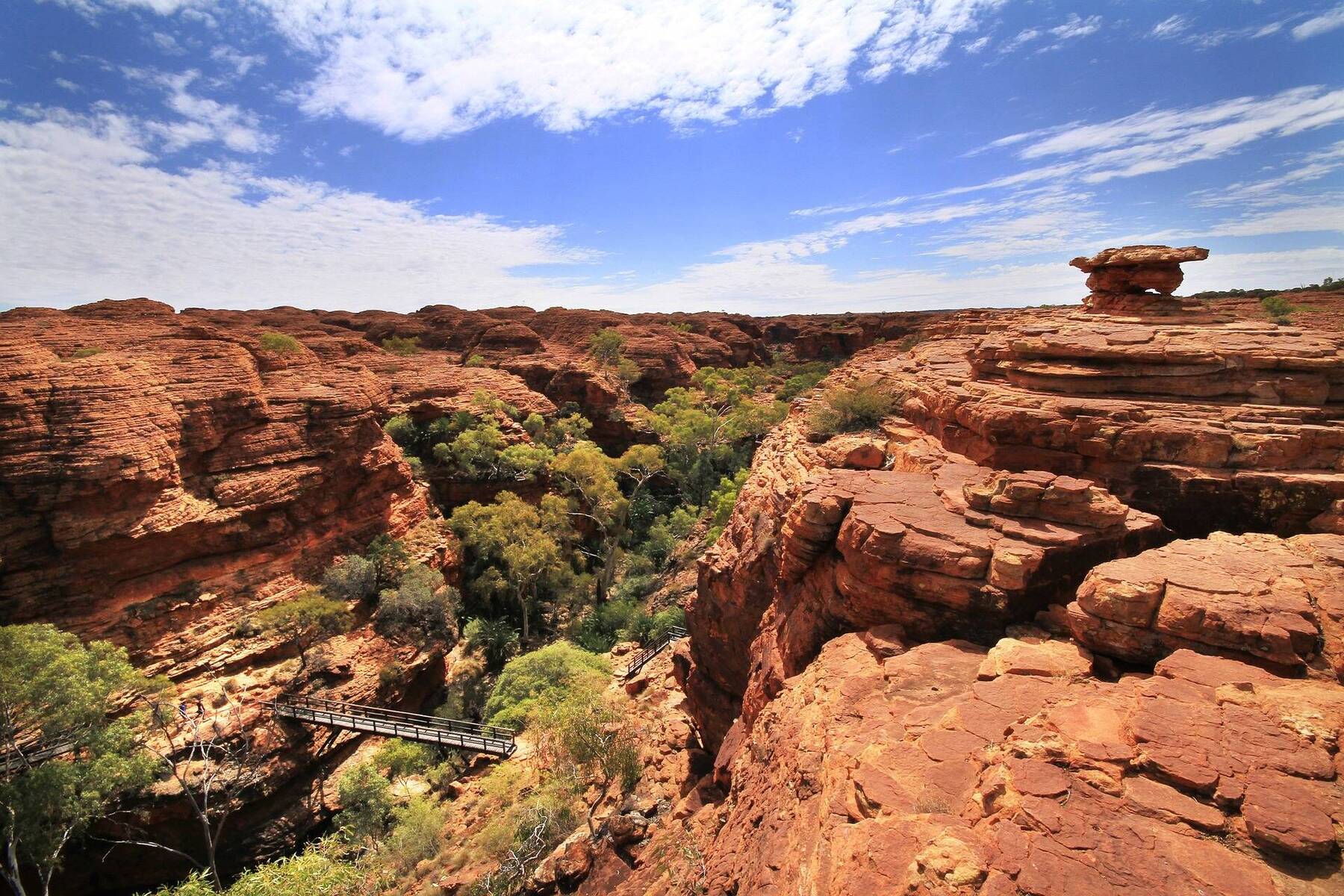 As you leave the Northern Territory and enter South Australia, you’ll soon come across the fascinating town of Coober Pedy. Known as being one of the hottest and driest places on earth, residents have resorted to living underground.

Resembling the set from a post-apocalyptic film, instead of tall buildings, there are instead mounds of earth. That’s right, everything is underground, including restaurants, shops, and hotels.

Stay overnight to experience sleeping under the earth in one of the most unique towns in the world. 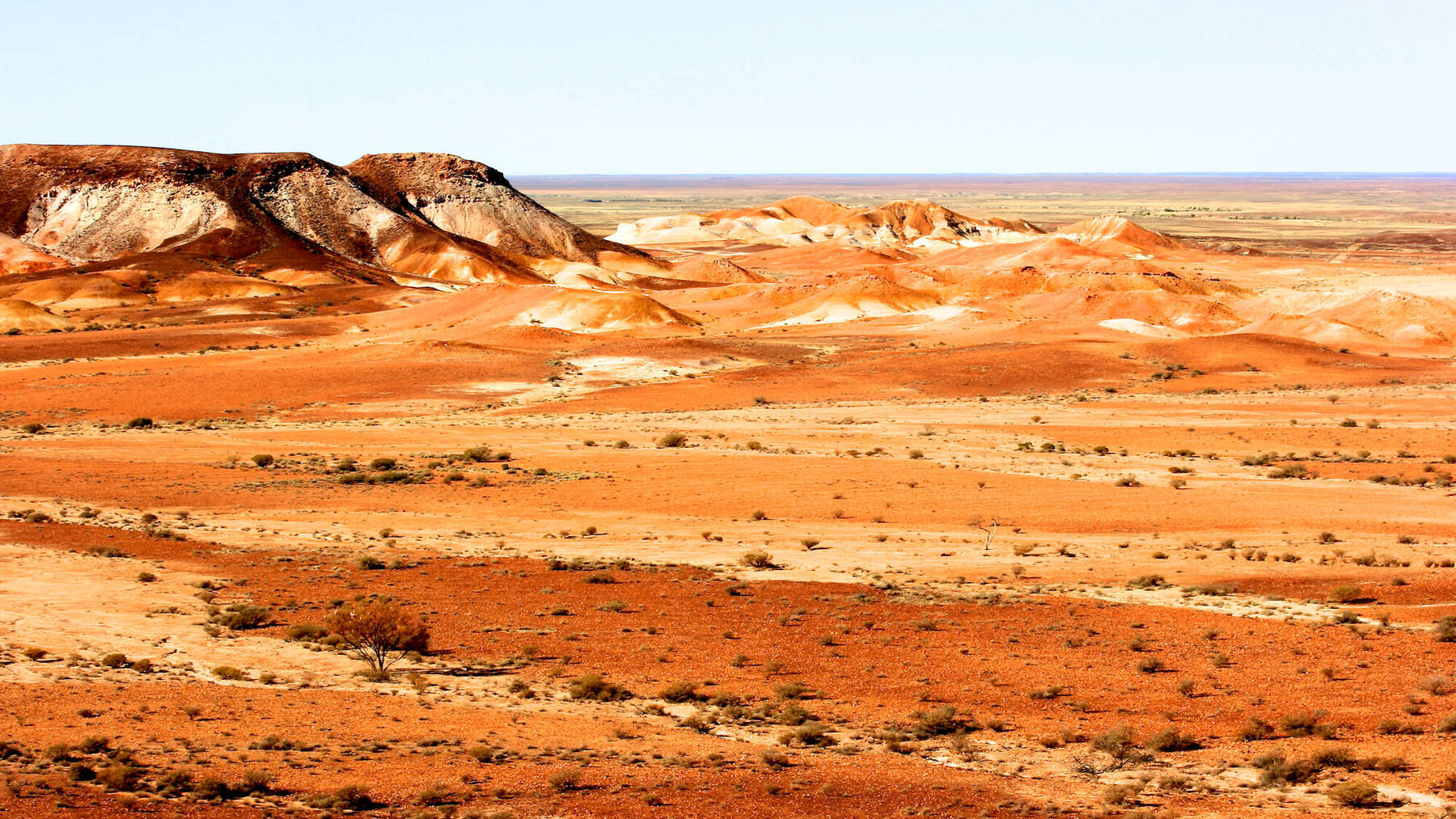 For hiking in alpine forests and past towering peaks, stop off at the Flinders mountain ranges. The area is full of trekking trails for various abilities, and you’ll pass wandering kangaroos and wallabies at every corner. A highlight is the nine-kilometre Alligator Gorge walk, a four-hour hike through the scenic gorge and the surrounding bushland. 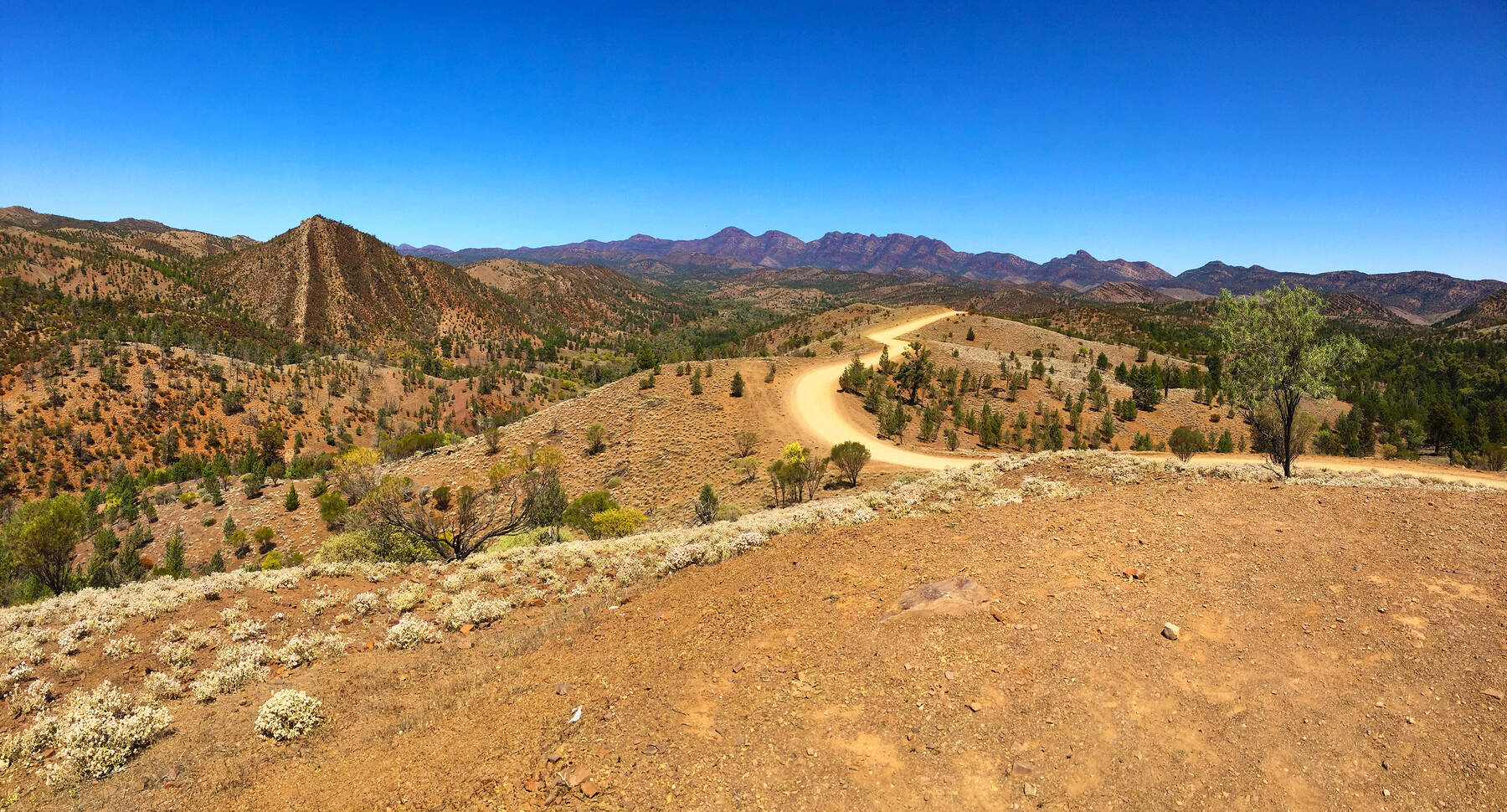 Finally, it’s time to lay eyes on Australia’s most renowned landmark, the looming, rust-red Uluru, also known as Ayer’s Rock. Sacred to Aboriginal people, learn about the Anangu culture and listen to the ancient tales that sound the giant monument at the Aboriginal cultural centre.

Watching a sunset or sunrise over Uluru is a must; the glow of the sun brings out the red of the rock beautifully, making for stunning photographs. Get up close and personal to Uluru, hiking the 10.6-kilometre base walk, or hire bicycles to avoid walking. 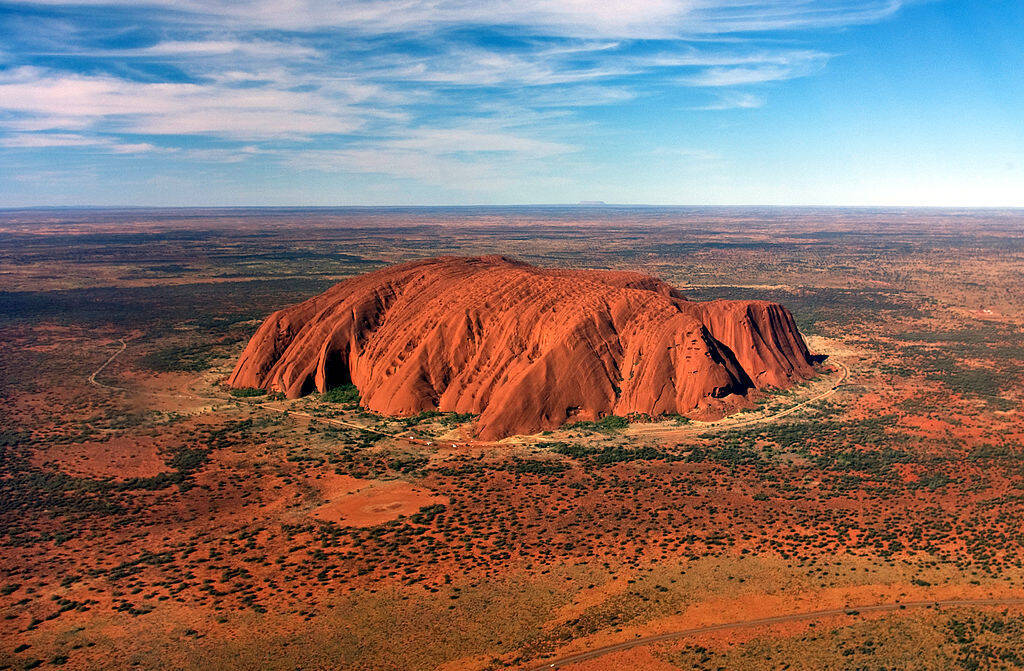 Congratulations – you’ve made it to Adelaide! While Adelaide has a reputation for being a little dull, it’s a buzzy city with plenty to see, including sandy beaches and an exotic botanical garden. Adelaide is also a great base for day trips, with the world-renowned wine region of Barossa Valley on the doorstep, along with the German-influenced town of Hahndorf.

Spend a few days exploring all that Adelaide and its surroundings have to offer while unwinding from the ultimate road trip you’ve completed through the centre of Australia, one of the world’s largest countries. 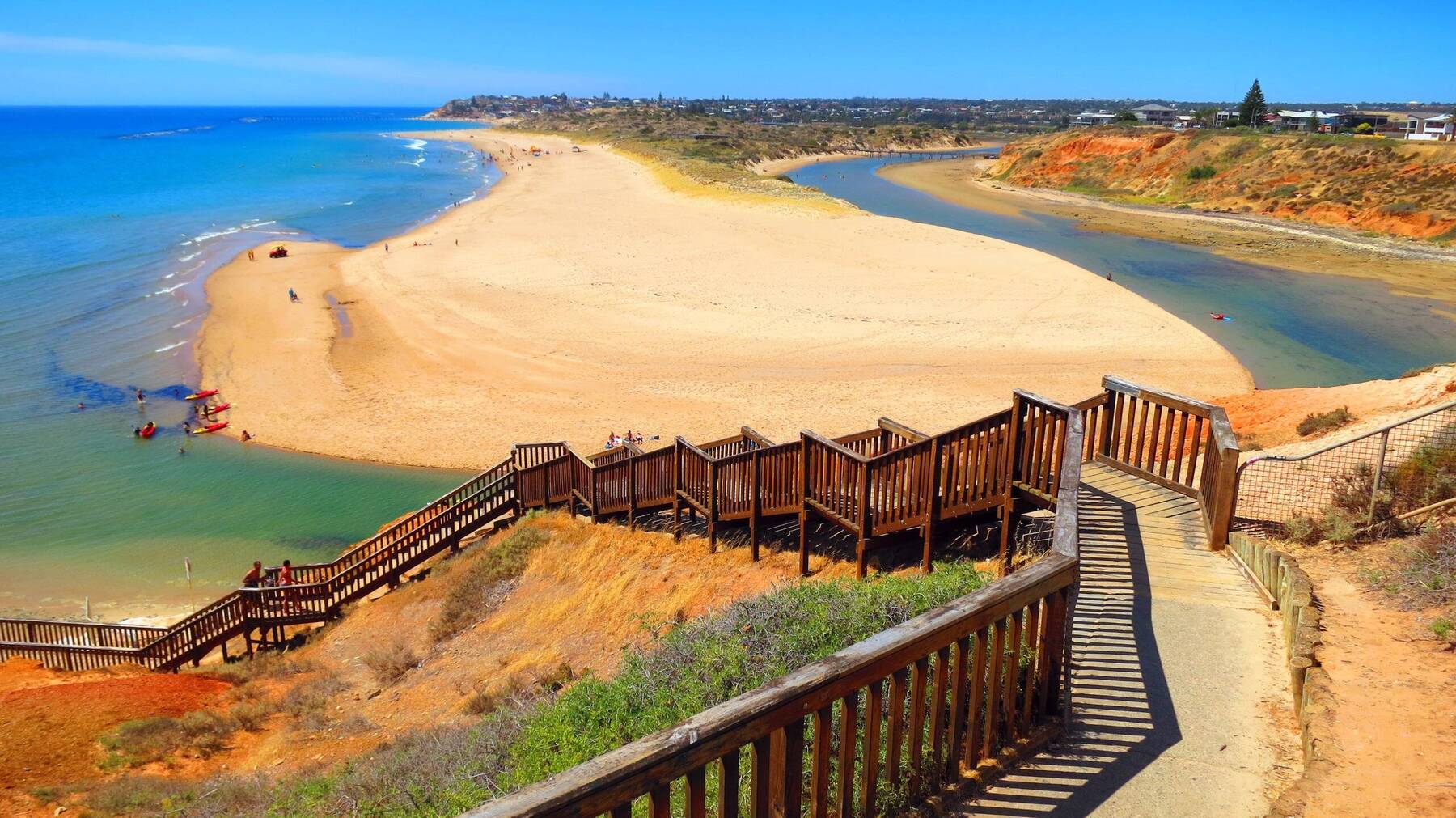