Stunning Train Rides to Take You Beyond Edinburgh

Stunning Train Rides to Take You Beyond Edinburgh

It must be impossible to grow tired of Scotland's gothic capital, Edinburgh. The 12th-century castle looms like some overprotective but forever endearing lover, beckoning from almost every angle, and the cobblestone Royal Mile invites multiple promenades whether visiting for a romantic weekend under snow-capped roofs in the winter or long light-filled days of frivolity in the summer. But Scotland always offers more. And with access to some of Europe’s most luxurious trains (Belmond, the Northern Belle) and a network of regional journeys, it’s possible to see it all by train from Edinburgh.

The Northern Belle's luxurious interiors evoke the glass-clinking opulence of 1930s rail travel with sumptuously detailed carriages restored to their former elegance. The train plays host to lavish onboard dinners served by impeccably-dressed stewards (to a matching table of pristine white cloth and gleaming cutlery), as Britain’s winsome scenery rolls by the window. The Belle has various itineraries departing from Edinburgh but one of its most immersive is the roundtrip between Edinburgh and Glasgow, enhanced by afternoon tea. Culture lovers should opt instead for a day trip to the hopelessly romantic Inveraray Castle in Arrochar, on the banks of Loch Fyne. After exploring the castle, those cinematic undulations of the Scottish countryside are bested (perhaps) by an expertly crafted 5-course dinner en route back to Edinburgh. 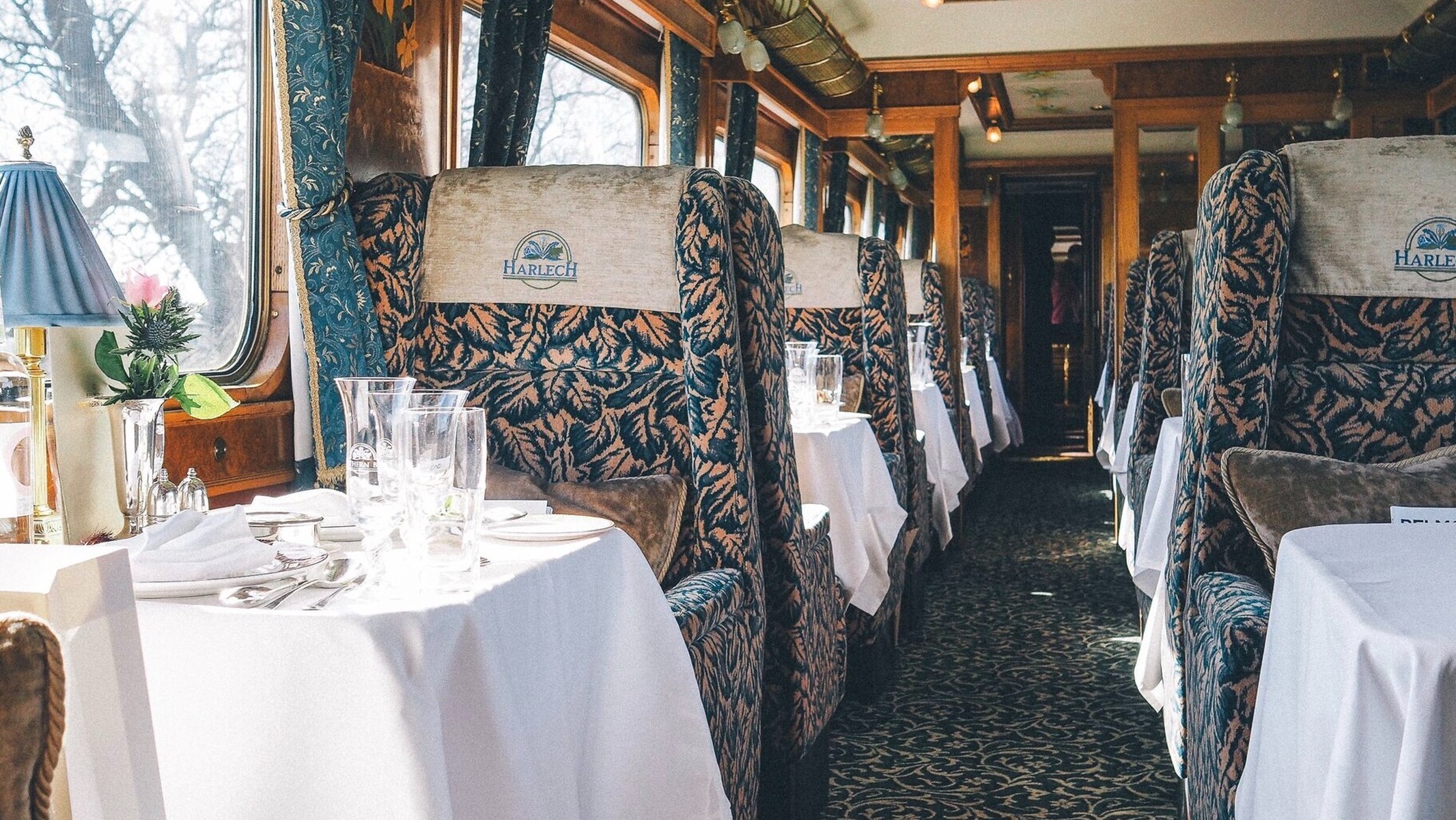 The Borders Railway is a modern rebirth of a 19th-century line abandoned in the 1960s, that travels through the picturesque Borders region just south of Edinburgh. The line barely takes an hour to complete. But along the route, verdant hillsides are enlivened by country houses and dramatised by a gloomy but stunning collection of abbey ruins whose existences weave the details of the region’s wars through the 12th to 15th century, with broken walls and mossy gravestones sinking towards the foundations of centuries dead towers. 1000-year old Melrose Abbey is of particular interest with its Gothic structure caught in a downwards spiral of decay, showing the reverberations of at least two attacks. Cheery stops along the line include pretty towns Galashiels and Stow, both of which have country houses, abbeys and castles to explore nearby. 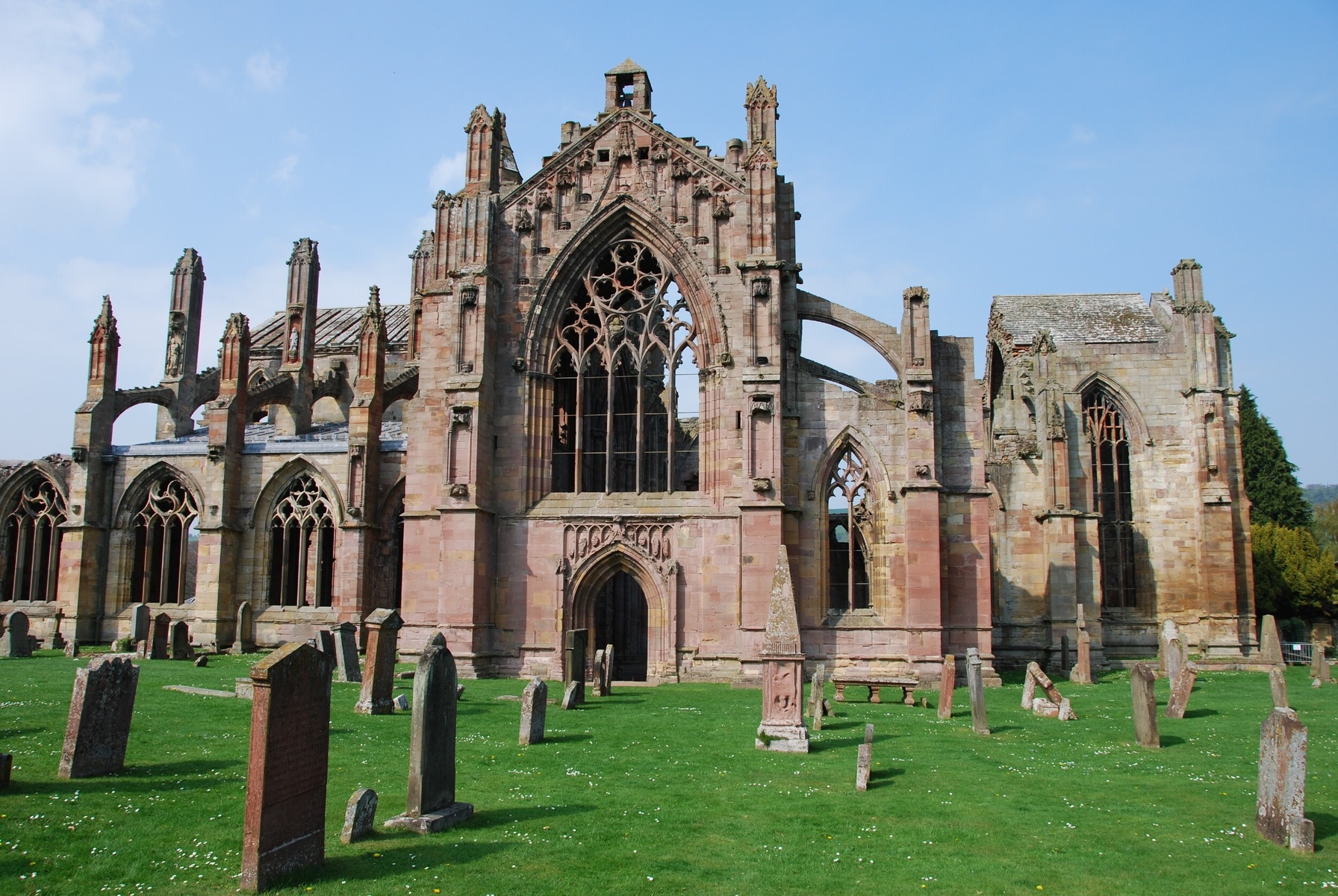 This vast UNESCO-listed cantilevered bridge connects Edinburgh with Fife, allowing for inspiring, elevated estuary views as trains speed across the Firth of Forth to the delightfully verdant county of Fife. Once there the region’s charms become clearest on the coast. Here, long stretches of rural coastline connect charming villages such as St Andrews — home of the Royal and Ancient Golf Club, and delightful East Neuk of Fife and the idyllic maze of cobbles that backs up from Crail Harbour, itself a tangle of lobster creels and fishing boats. It’s a short journey by train and makes a delightful day trip from Edinburgh, but a connecting bus or a second train journey may be necessary for some coastal towns. 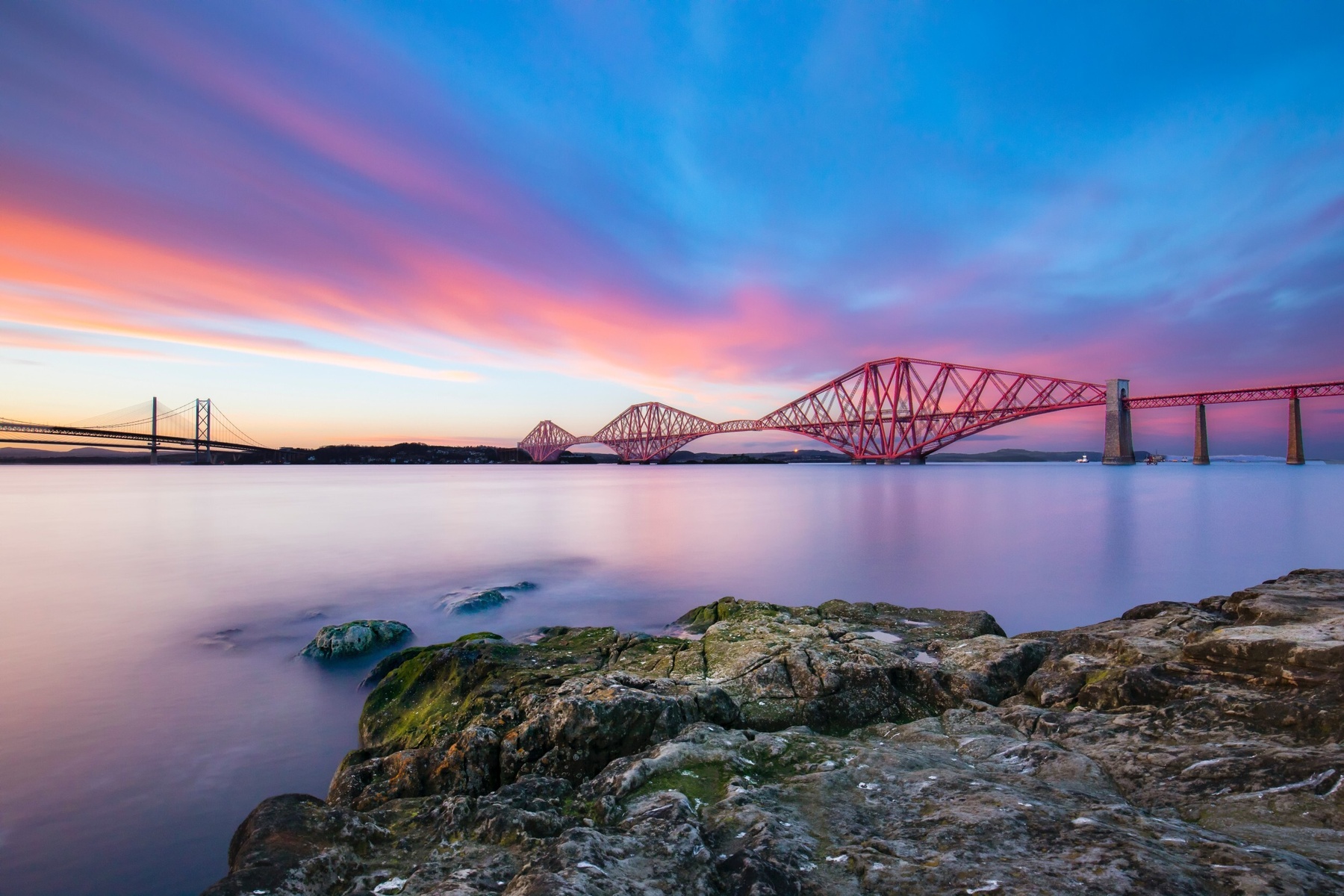 Edinburgh to the Western Highlands

Wake up early and forge a path to Edinburgh’s Waverley station for the Caledonian Sleeper at 5am, to speed across the stunning West Highland line. But as it’s “tomorrow”, don’t bother with a sleeper compartment (unless you want the privacy), instead, jump into a chair and watch the peaks of the Highlands fold into stunning inky lochs and tumble across rugged glens into dense forests, and find out why the route is called The Deerstalker as herds of deer graze inches from the windows adding a golden hue to the emerald green landscapes of Rannoch Moor. The last stop is Fort William in the shadow of the tallest mountain in the UK: Ben Nevis. But it’s possible to complete the journey across the entire Western Highlands to Mallaig by either a regional train or a ride on the steam train made famous by Harry Potter to cross the iconic Glenfinnan Viaduct before reaching the westernmost shores of mainland Scotland: the gateway to the otherworldly, uncommonly gorgeous Hebrides.

Alternatively, you can take one of Belmond’s Royal Scotsman tours along the western Highland line from either Edinburgh or London for what is, without a doubt, one of the world’s most luxurious train journeys. 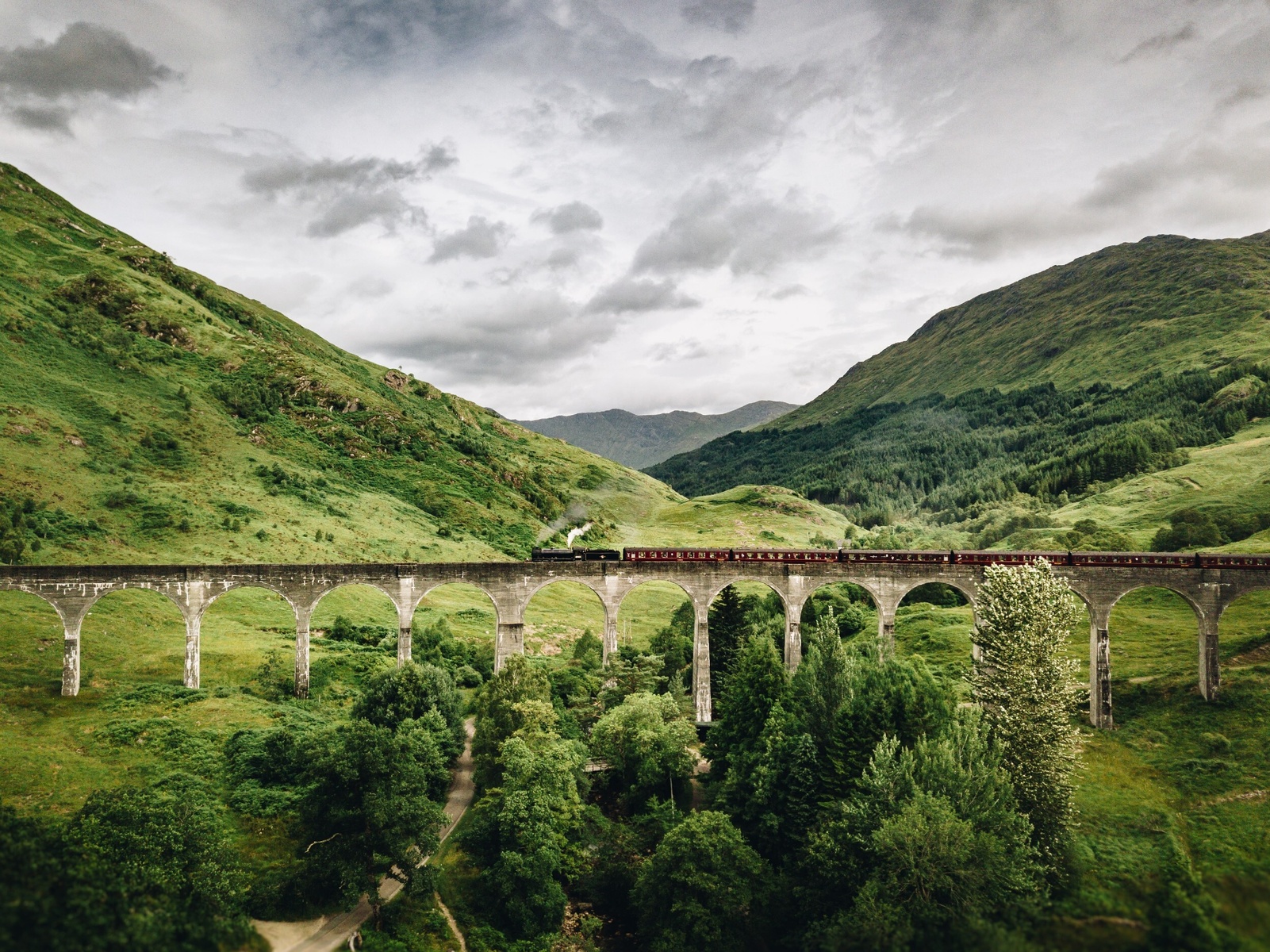 We have a range of hotels available in Edinburgh which you can use as a base for exploring the city before or after your train journey. Click here to discover more.