Spring and Autumn travel for romantics

Spring and Autumn travel for romantics

The Grandiosity of a warm Parisian evening bathed in the glittering lights of the Eiffel Tower will perhaps forever remain the epitome of romantic European travel… but as a cold winter (Valentine’s) day in February teaches us, romance comes in all forms, from all places, and at all times. Europe’s shoulder season, with its reduced tourist numbers and warm-embrace-friendly weather, is perfect for spontaneity and has something for every occasion. With that in mind, these are some of our favourite, easy-to-reach spots in Europe for romantic escapes in the shoulder seasons. With destinations for epicureans in the spring, aesthetes in the autumn and for devout romantics chasing the places where fairytales come to life all year-round.

Split’s charismatic old town suffers from overcrowding in the summer seasons, but as September smudges into October the temperature lowers and the crowds thin to more acceptable levels.

Stay within the walls of the old town and spend days tracing the footsteps of Emperor Diocletian, pausing to ponder the travels of three-thousand-year-old Egyptian Sphinxes that stand guard in key parts of the city. Walk the backstreets and muse over the Venice-like deterioration of time pulling down those old stone walls, which only adds to the romantic atmosphere. And ascend the steps of the cathedral bell tower for dizzying views of those satisfying undulations of the countryside as they fall deep into the Adriatic. In the evenings, the crowds love to sit in the Peristyle with a glass of wine, which is good for people-watching, but the cobbled backstreets, scented by time and the perfume of Croatian cooking are so much more apt for a dimly lit romantic rendezvous. Here, small restaurants spill atop wonky streets serving ruby red Plavac Mali by the bottle, watched by the city’s growing throngs of friendly stray cats and enhanced by the soundtrack of an evocative autumn’s night. Choose a seat that suits your mood and indulge in local dishes such as Black Risotto (Crni Rizot) or Pasticada and finish with a cocktail in one of Split’s cocktail bars — the best of which generally lie outside of the old town.

Arise early to take a walking tour of the city with a knowledgeable hand to point out the many points of intrigue, or if the water beckons, board a catamaran to the shimmering bay of Hvar, or sail across to nearby Brač to take advantage of the emptier shoulder season beaches or to embark on a stroll around the delightfully peaceful, pocket-sized Supetar, timing your journey to watch the fiery colours of a sunset over Dalmatia. 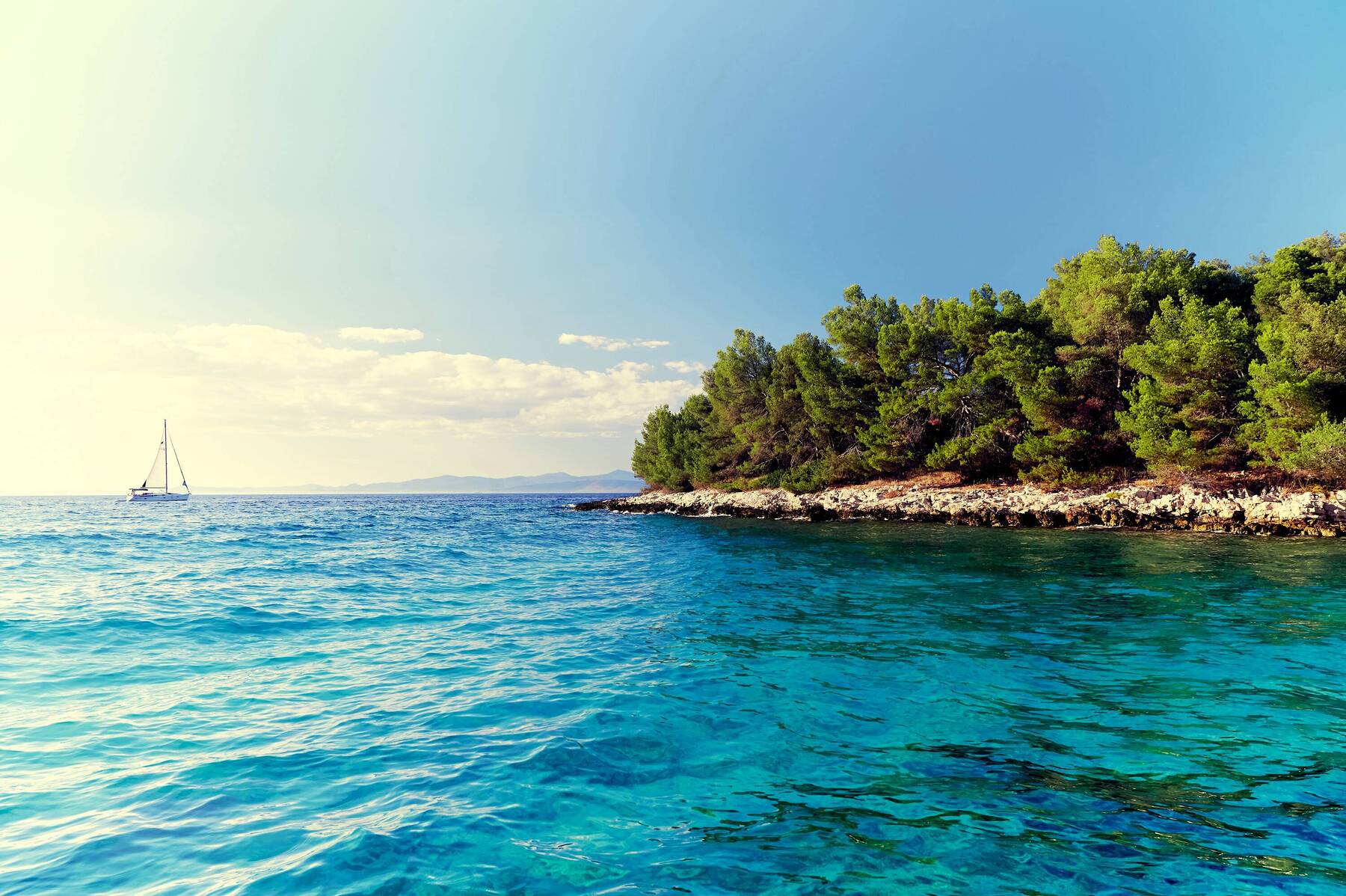 Pints and Punting in Cambridge, UK

Few cities conjure a sense of history and majesty like Cambridge does, yet the charming streets and whimsical river scenes are just as good for evoking the romanticism of J.M.W Turner and his dreamy representations of the English countryside. The pubs are a fine place to get a pint of whatever it is that you desire but the shoulder seasons in Cambridge are the high seasons for students, so expect potent philosophising in oak-panelled bars proudly sporting their academic credentials. The 400-year old Eagle lays the proudest claim perhaps, as it’s the pub where Crick and Watson spiritedly announced they had discovered the double-helix structure of DNA, and the pub's delightfully traditional interiors are some of the most authentic (old, worn-in and a tad drab) in Cambridge. Walking off a heavy English lunch means languid walks around town, slow steps always pointing to the inspiring grand campuses of the various colleges. But the best way to experience Cambridge’s academic architecture is from the river. And on a sunny Spring day, it’s just warm enough to enjoy the river in short sleeves, with views of the Bridge of Sighs and the King’s College Chapel providing more than enough architectural romance to swoon over. But all their histories and secret stories are laid bare by the gondoliers who punt the river armed with an alluring personal knowledge (many are local students) of Cambridge’s most colourful personalities. 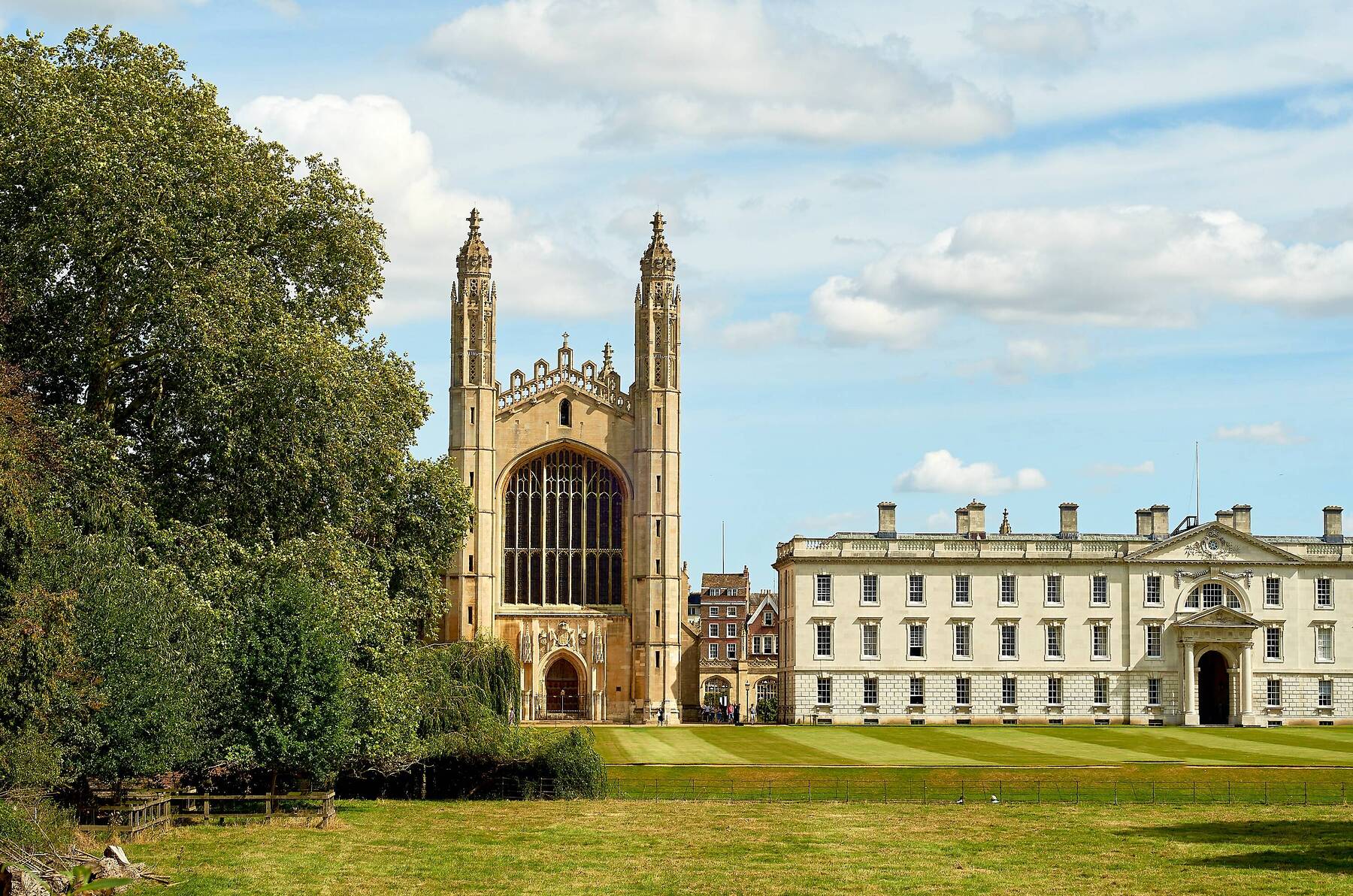 Arts and Aperitivo in Florence, Italy

Endlessly enchanting, Florence is undoubtedly one of Europe's great cities. But in the autumn shoulder season, the crowds mellow to a manageable trickle (by Florentine standards), and nights draw out with a newfound musicality with notes from the annual music festivals reverberating through the autumn air, making the city perfect for romantic strolls accentuated by the arts. In the winter, the Firenze Light Festival sees churches, Ponte Vecchio and many picturesque palazzi coated in light shows, while museums host torchlit paths as unique ways to enjoy their impressive collections. By early spring, Florence is in bloom and shimmering with vivid magnolia and wisteria where the evenings are perfect for al fresco Aperitivo. It’s impossible to mention small bites in Florence and not mention Le Volpi e L’Uva, a rowdy wine bar perched on a crooked terrace, with an eclectic international wine list and some of the best crostini one will ever eat. But Il Locale, the Il Continentale rooftop and the Fusion Bar at the Gallery Art Hotel offer less traditional takes on aperitivo in more polished settings, should one prefer. Try the bars at Santa Spirito for a slice of bohemian Florence or visit Villa Cora in the tree-filled hills above for something a touch more bedazzling. 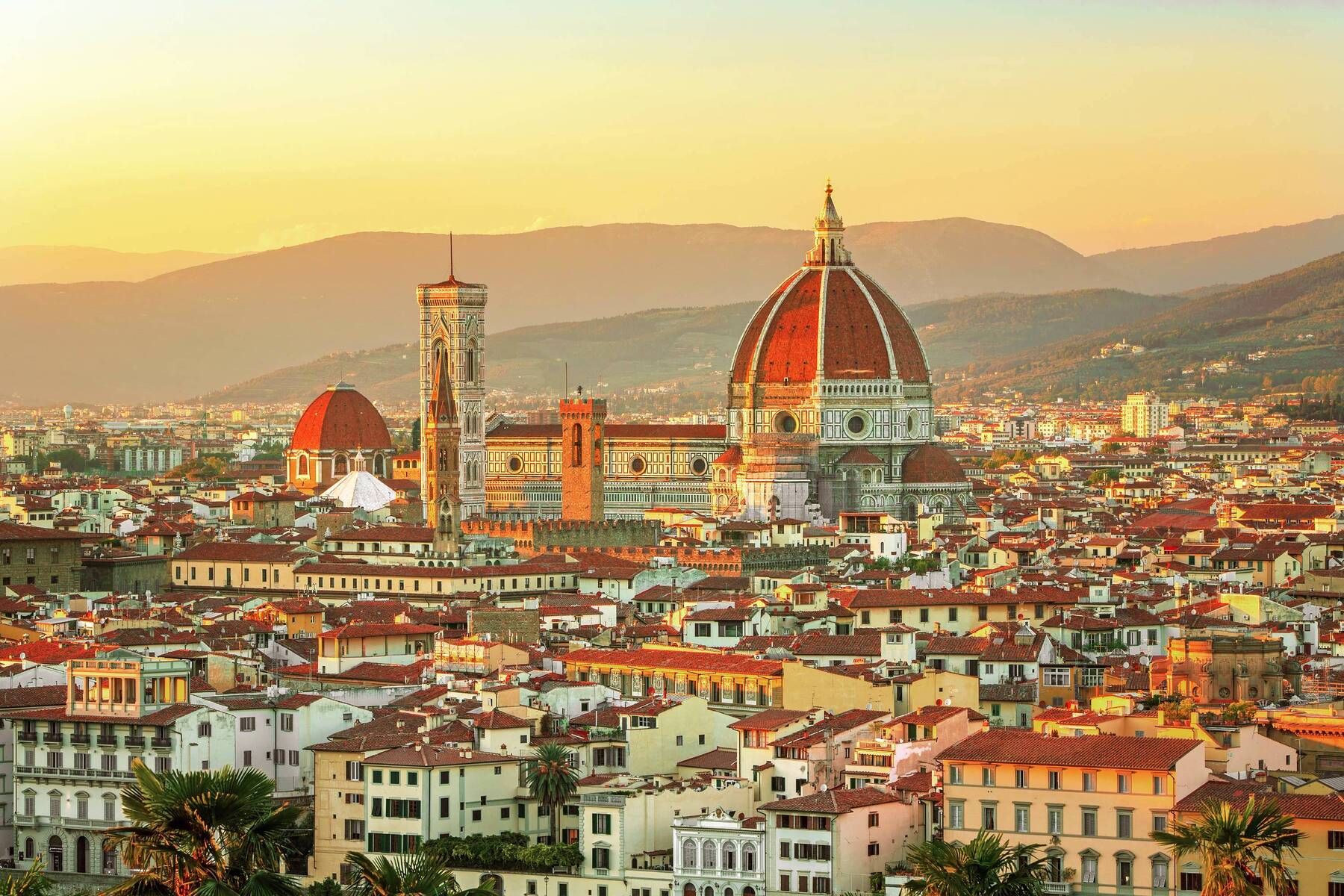 Fairytales and Choucroute in the Alsace, France

Eventually, romance always leads back to France. This time via the France/Germany border. And if your kind of romance is the type that one reads about in Fairytales, then Colmar (and all of the Alsace) could be a perfect backdrop for your romantic escapades. Imagine yourself a Prince, a beauty, a Beast, or a Princess and those stunning half-timbered houses and whimsical canals in Colmar’s Little Venice will provide the perfect living murals for one’s romantic journey, real or imagined. Follow the tipsy cobbles into timber-framed Winstubs to sample the Alsace wine heritage, with favourites such as Gewurztraminer stealing the limelight from the excellent light Pinot Noirs that are stuck somewhere between a German Baden and a French Burgundy. Pair them with local Choucroute garnie for something unmistakably indulgent, iconic and Alsatian. Strasbourg is a good choice for further exploration but while most flock to the old town to see the architectures of La Petite France, the shoulder seasons are better in Quinze, Krutenau and Neustadt, where one can glimpse the stunning Strasbourg Art Nouveau. Lines of villas are arranged along tree-lined avenues as poetic street-side decorations, showcasing Strasbourg as a crossroads of European cultures where France and Germany meet aesthetically and culturally but also linguistically through the local Alsatian dialect that sounds like a lyrical amalgamation of French and German. Wander further still and the streets will get leafier and the villas taller, eventually opening up into the Orangerie district and its namesake park, perfect for seasonal strolls and romantic trysts under the moonlight. 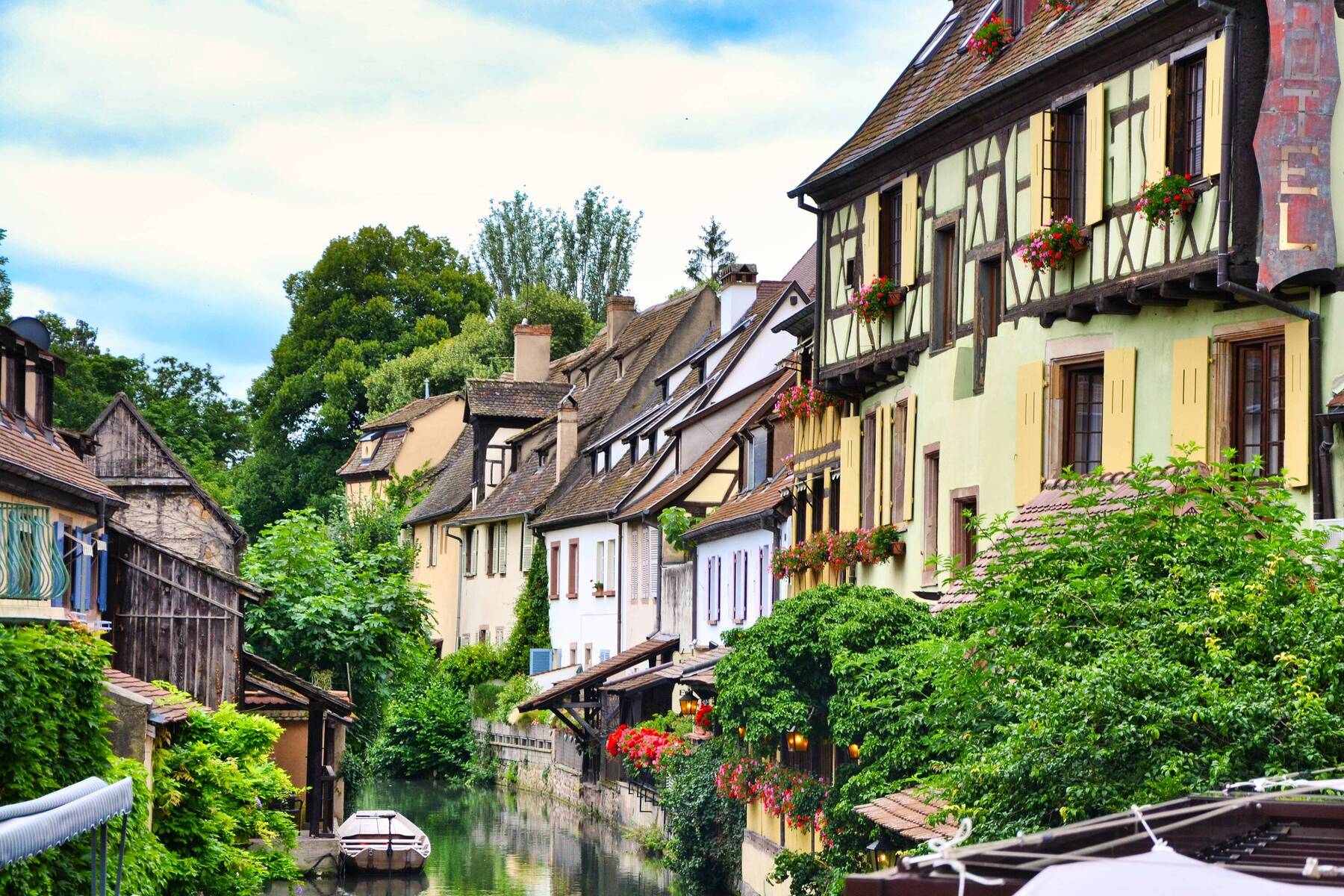