Love cycling? Love travelling? Satisfy both passions by riding either the Alps2Ocean or Otago Central Rail Trail on New Zealand’s South Island. Both trails are easily rideable for most, and a number of suppliers offer packages which include bikes, shuttles and accommodation. The trails are free to cycle, but if you're travelling in peak season (from the end of December to early February), accommodation should be booked several months in advance as many townships have limited places to stay. Weather can be a little unpredictable, so make sure you've packed your waterproofs!

The Alps2Ocean, or A2O, takes riders from the Southern Alps to the Pacific Ocean on a scenic, predominantly off-road trail of between 300 and 325 kilometres. The trail begins at Aoraki/Mount Cook, with a short helicopter ride required on the first leg. For those who find this an expensive option, or would rather keep their feet firmly on the ground, an alternative start can be made from Tekapo. Mount Cook and Tekapo are both around a 3-hour drive from Queenstown or Christchurch. The trail ends in Oamaru where buses are available to get to airports at Christchurch or Dunedin.

Allowing seven days to ride the track gives time to enjoy the scenery. Most people ride from Tekapo to Twizel which, although it’s 54 kilometres, is fairly flat alongside icy-blue canals then downhill towards the end. Day two from Twizel to Lake Ohau, a ride of 38 kilometres, is also mainly downhill or flat with much of it around the edge of Lake Ohau, where water-skiers and kayakers may be spotted. Day three is the toughest with a rocky trail that seemingly never ends as it climbs to the highest point of the A2O trail, giving spectacular views over the lake. The ride of 45 kilometres to Omarama, a tiny township, is made longer with a side-trip to Clay Cliffs, adding on 14 kilometres. It’s worth it though! Relax in the Omarama Hot Tubs under the stars and soak those biking pains away.

Days four and five include stretches of on-road cycling, but this part of the world sees relatively little traffic. Riders pass by summer camping spots on lakesides. Be sure to pack your swimming gear, there are great places to cool off on the way. A stay in Otematata breaks the days up and in Kurow, there’s a well-stocked supermarket. Cyclists won’t have seen one for a few days, this is rural New Zealand. A fairly short ride day to Duntroon of 28 kilometres on day six is gradually downhill and alongside the river which may be dry in summer, before the final day which is a long 54 kilometres with some evil hills to the final destination of Oamaru and the ocean.

Riders should carry food for lunches as there is little between towns. Check with accommodation providers as to whether meals can be provided or if there are food stores in the vicinity for self-catering. Food may need to be bought for one or two days in advance. 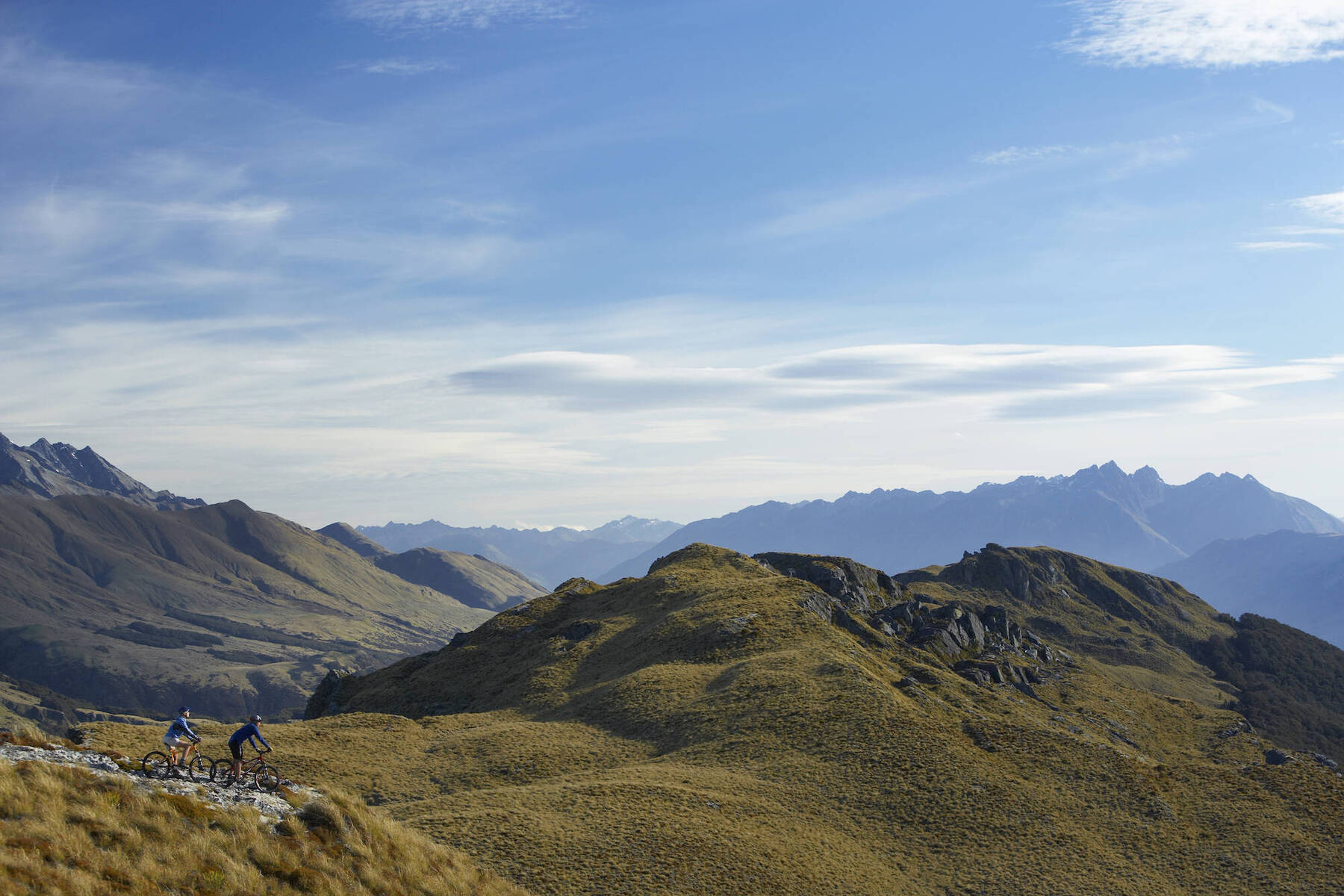 The natural scenery includes the snow-covered Southern Alps, lakes, and the Clay Cliffs - spectacular yellow and orange jagged stalagmite-like precipices. On day seven limestone boulders 6 or so metres high known as the Elephant Rocks can be seen resting in farmland, while sheer limestone cliffs appear to have flat grassy fields atop. There are also walks to do in many locations.

Man-made sights include the Church of the Good Shepherd on the side of Lake Tekapo, canals, salmon farms, and Quailburn Historic Woolshed where information boards regale the history of the area. There are several dams to be seen and Waitaki, an almost non-existent town, has quaint stone cottages. Kurow, the birthplace of legendary former All Blacks captain Richie McCaw, has a museum displaying local history. Maori art on rock faces is well signposted. In Duntroon, check out the Vanished World Centre for fossils, geological information and interactive displays. There are a number of historical sites in the town including a gaol and blacksmiths.

Oamaru is well worth a stay of a day or two to visit the Steampunk Museum and wander the white stone buildings of the Victorian Precinct. The Blue Penguin Colony is a must to watch the penguins come home from the sea in the evening. 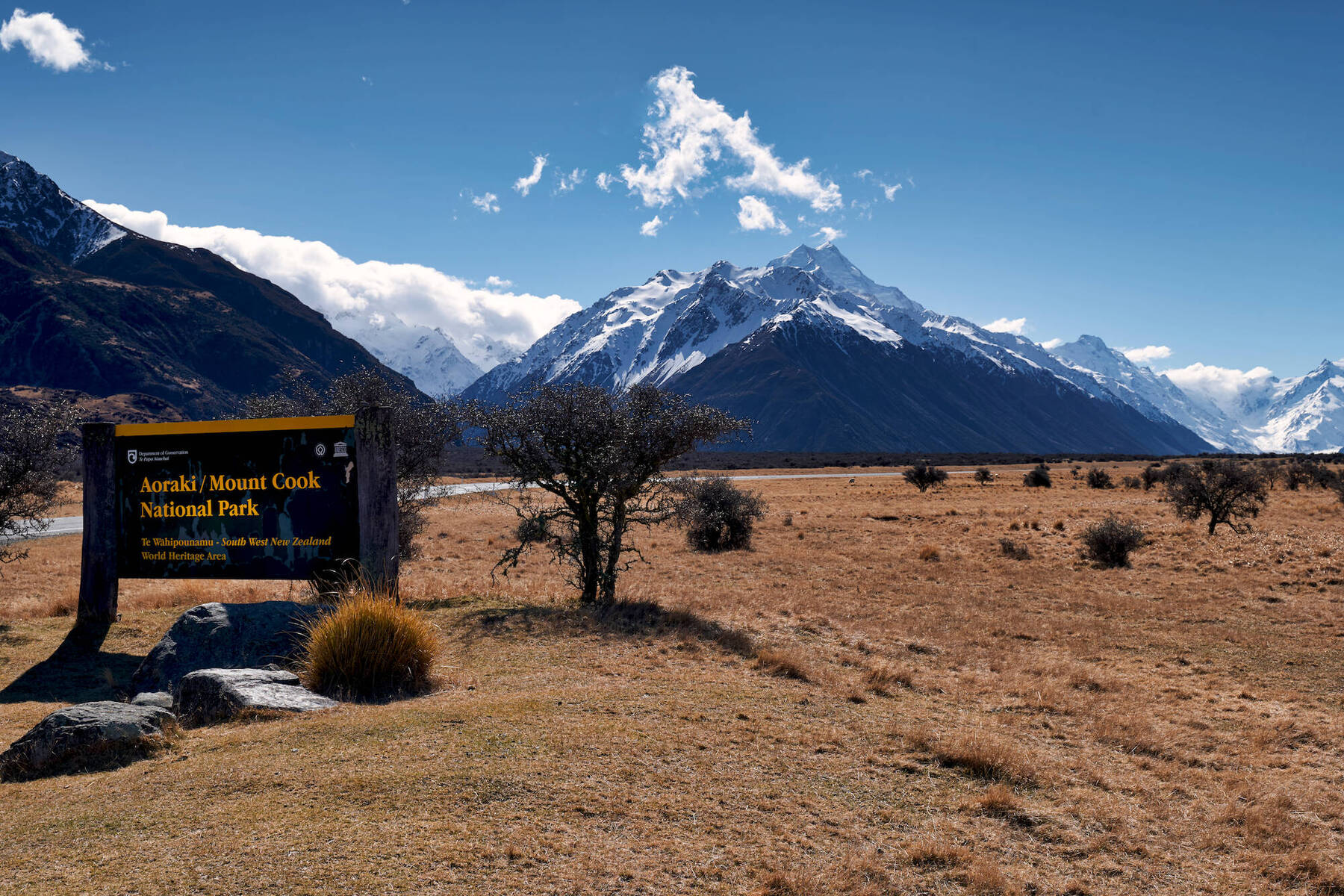 This 152km gravel cycle trail begins in Clyde, around 1 – 1½ hours from Queenstown. From the end of the trail at Middlemarch, cyclists are transported to Pukerangi for the train through the spectacular Taieri Gorge to Dunedin. In the summer, on Fridays or Sundays, the train can be taken from Middlemarch. There is an airport at Dunedin.

A four-day itinerary gives time to see the bountiful attractions. Most providers suggest riding from Clyde to Omakau, Omakau to Wedderburn, Wedderburn to Kokonga or Hyde and onto Middlemarch on day four. These legs are each around 30 – 40 kilometres per day and the trail is fairly flat most of the way. An extra night’s stop here and there would give time for activities such as river cruises or visiting wineries, or to travel a little further afield to places off the trail. Cyclists need to carry food for lunches.

Car hire is available at Wedderburn and enables cyclists to reach Naseby, a quaint town with many old wooden buildings from the late 1800s, where they can try their hand at curling. A drive to the isolated Danseys Pass Coach Inn built-in 1862 is an option for an evening meal. The following morning before setting off, it’s worth driving to St. Bathans, a one-street village of historic buildings and the supposedly haunted Vulcan Hotel. There’s also a one-hour walk which can be taken here, around turquoise Blue Lake passing gold-mining era relics. 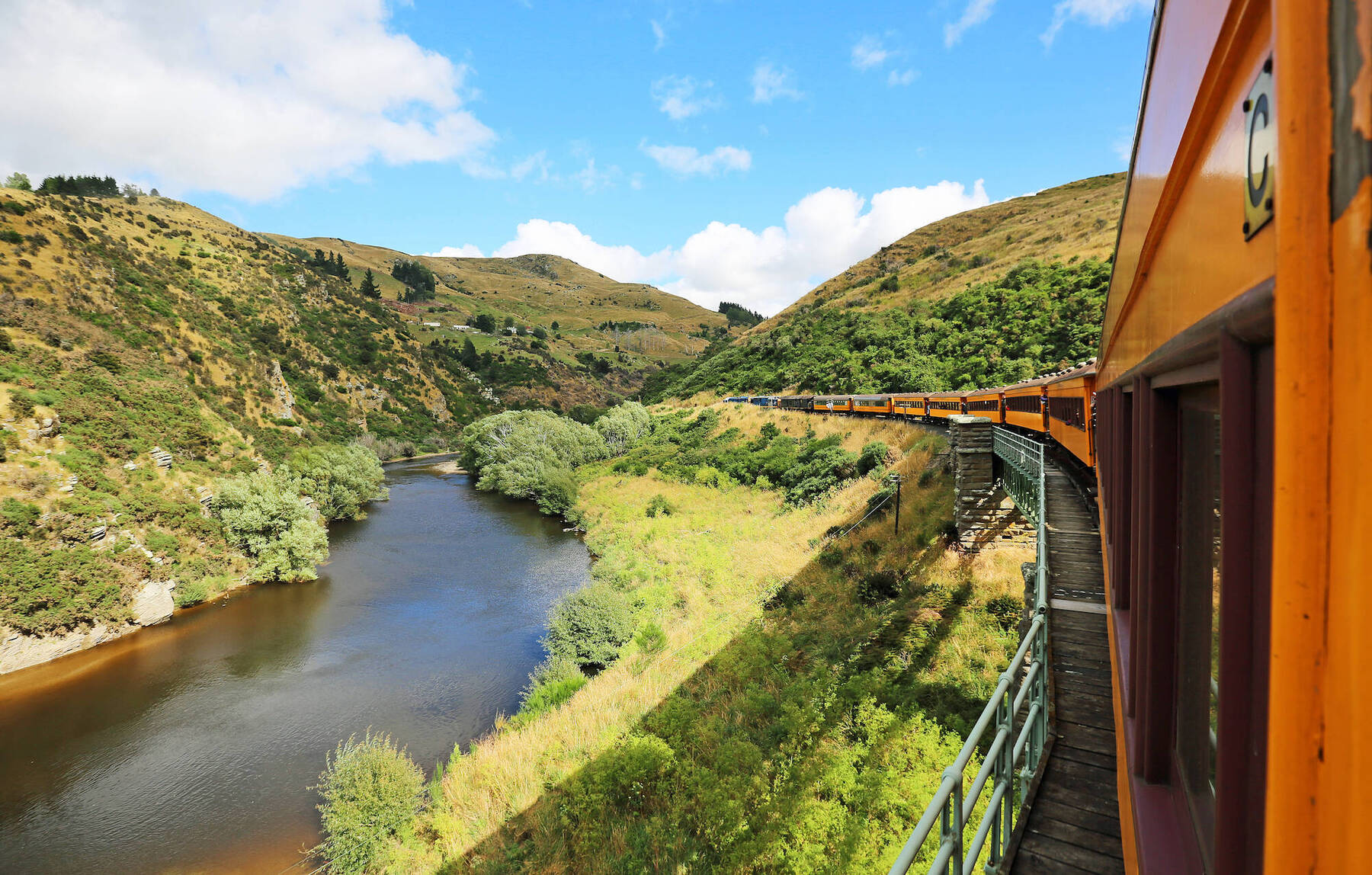 Man-made sights comprise of tunnels, Ida Burn Dam where winter curling tournaments are held, old railway stations, and old gold mining towns with very few inhabitants. The mud-brick and stone Chatto Creek Tavern display historic photographs. The oldest working Post Office in N.Z. is photogenic, as are a number of cottages, even those missing weatherboards. The historic site of Hayes Engineering Works and Homestead is an interesting stop as is the Gilchrist’s General Store in Oturehua, still operating and with original stock on its shelves. The town of Ranfurly is known for its art deco buildings.

A few days in Dunedin is a must to explore this Scottish-influenced city and visit the Otago Peninsula, home to the Royal Albatross Centre, Larnoch Castle and a number of penguin colonies. 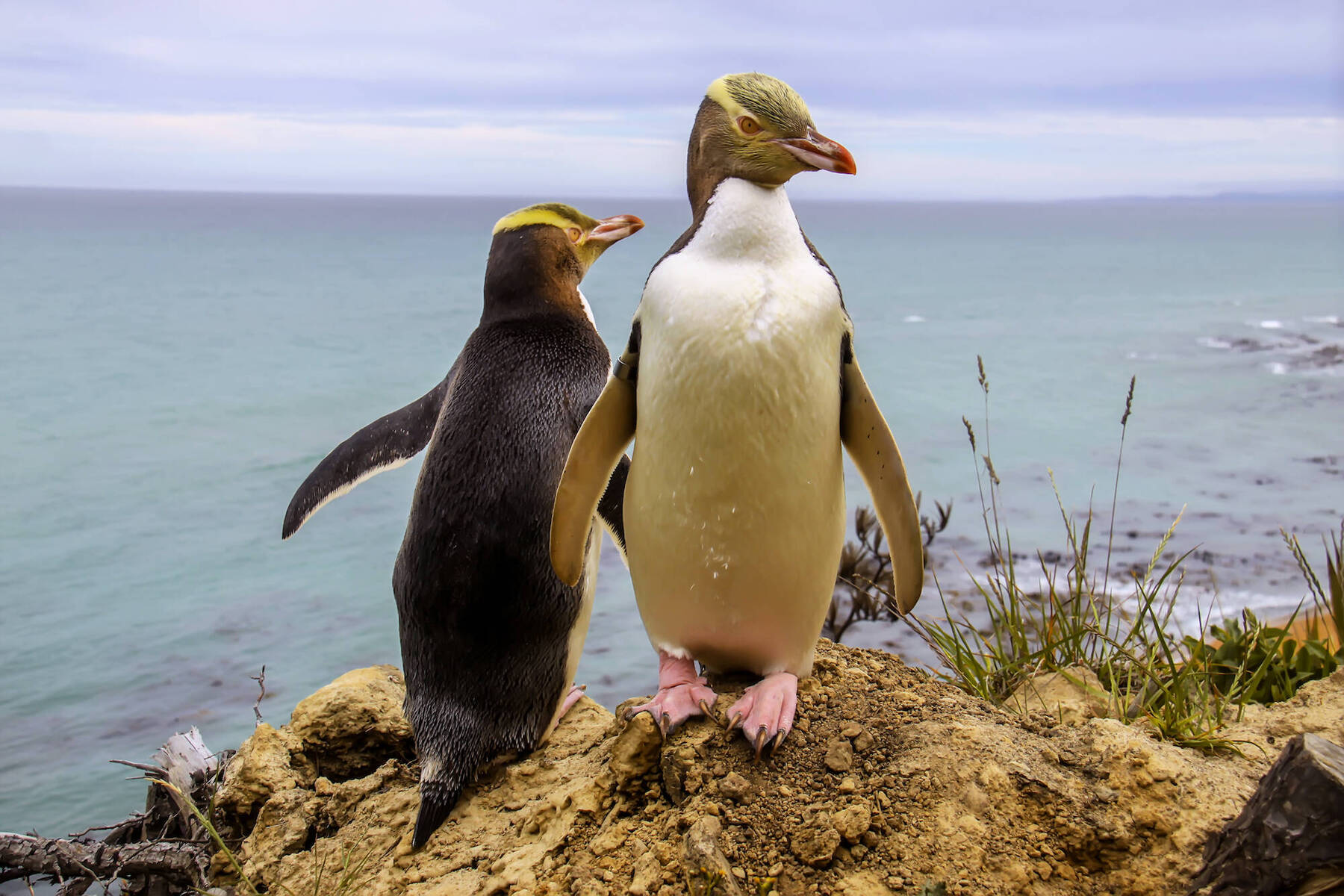