As travellers, we come in all shapes and sizes. Some with a love of adventure, others who seek adventure at the bottom of a coffee cup in each of the world’s cities. Others like myself are generally more concerned with the journey. Preferring to forget what day it is aboard whatever train in whatever land, to simply enjoy the beauty of it all as the sky drips to the mountain and descends to the sea. And right now, while safely at home avoiding travel, it seems right to remember and celebrate those lost relics from travel’s past — some brought to an end in a deafening crescendo of flame and smoke, and others slowly travelling towards their inevitable fates — in hopes that this will serve as a reminder to never take our love of travel, or indeed the things we travel with, for granted.

These vast rigid airships ruled the skies before the Hindenburg burst aflame above Lakehurst in 1937 — taking with it the future of lighter than air travel. And despite their size, they lifted effortlessly. Sailing through the skies at modest speeds that accentuated carefree journeys over destinations. Their exteriors were a striking silver, their interiors divided into elegantly laid out public rooms, promenades, restaurants, writing rooms, cocktail bars, and, terrifyingly when one considers the Hindenburg disaster, smoking rooms.

But these Zeppelins were meant to be the ocean liners of the sky and like the cruise ships of the day, they boasted snug private cabins finished to luxurious yet homely standards in a playful Bauhaus style, designed by Fritz August Brehaus de Groot — interior designer of the S.S. Bremen Luxury Liner. But an interesting design quirk of Zeppelins was the walls that were made from fabric coated foam to lessen the weight of the ship. In fact, much of the interiors were designed in this manner. Tables and chairs were made from hollow aluminium tubes, cabin sinks constructed from plastic, kitchens made entirely from aluminium, and there was even a lightweight piano in the lounge of the Hindenburg, made from Duralumin and coated in pigskin.

But that’s where the frugality ends. For example, dinners aboard the Hindenburg were extraordinary, as were the plates and teapots that were inlaid with heavy gold. Chef Xaver Maier who served aboard its final trip had come from the Paris Ritz and served fine but quite traditional meat-heavy German cuisine (which didn’t sit well with many of the passengers — who drank the entire supply of Gin on the maiden voyage). But after those languorous flights between the Americas and Europe, thousands of cocktails shaken, the world’s first catholic mass held in the air, tonnes of mail carried and some 3,500 passengers catered to, it all came to an end, as things all too often do, in fire and smoke.

However….. Zeppelins are back and flying custom tours above Munich and other places, and while it’s not quite the same luxurious experience as before, the incredible-looking HAV Airlander is promising that hyper luxurious, zero-carbon flights (with a helium-filled hull), will start in the early 2020s. 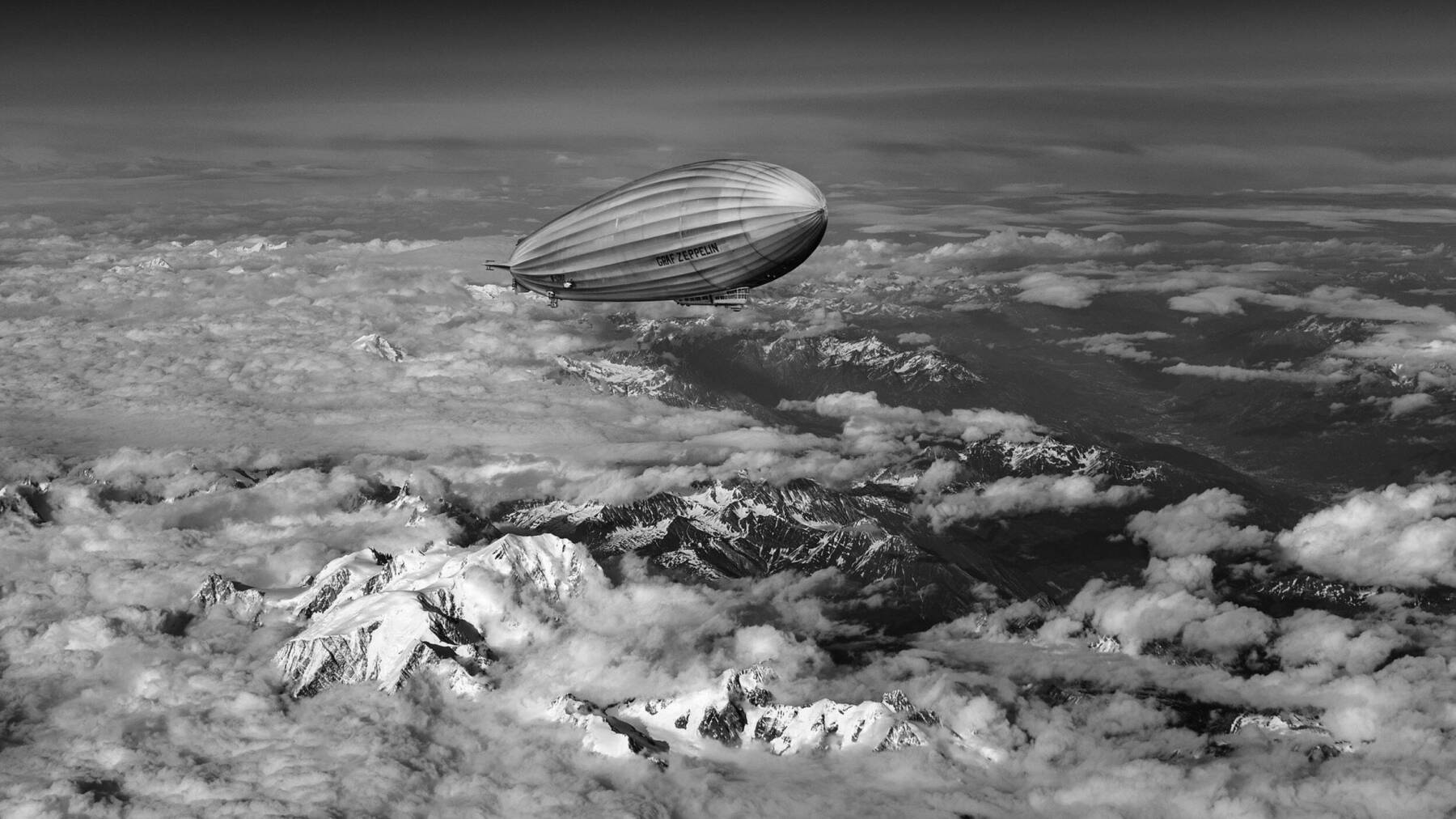 After Zeppelins, those travelling long distance in the 1930s could do no better than to step inside the elegant interiors of the Flying Boat, or as it was commercially called — the Boeing 314 Clipper. These flying fortresses were at the apex of the overnight, trans-oceanic luxury liners, and each surprisingly luxurious plane was divided into dining salons, dressing rooms, separate WC’s, ladies lounges, and private cabins where passengers sat on couches, that, much like on a sleeper train, would be transformed at night to luxe sleepers.

To board, one needed a first-class ticket — there was no other class. It cost around $700 (making it almost twice as expensive to fly than the Hindenburg) and then one would be flown across the ocean as six-course dinners were served on fine china. And although they were less efficient than land-planes, flying boats could provide service to any place with a sheltered harbour — making them a popular choice amongst jet-setters to whom time was of the essence.

Of all the journeys mentioned here, the world’s first floating hotel may well have been the most bizarre. Starting life in Singapore it journeyed to Australia to become a Four Seasons managed resort floating above the Great Barrier Reef… and for a time things at the Great Barrier Reef Resort looked rosy. The flotel, surrounded by azures as it was then, looked oddly appealing, with a nightclub inside covered with mirrors and lit in shimmering 80’s neons, with 200 rooms spread across seven storeys, bars, restaurants, a floating tennis court and a helipad.

But all this lasted for little more than a year as the flotel ran into financial issues. And it didn’t take long for it to floated off to Vietnam, where it became one of the country’s first ventures into post-war luxury tourism. And there, moored in the Saigon River, it was given the charming epithet “The Floater”. But by 1997 Saigon no longer needed The Floater. Its success had brought other bars, nightclubs and hotels. Most of them were more modern, and all of them more grounded. And so it was once again to the seas, this time to North Korea, where it remains floating in the shadow of Mount Kumgang now known as the decaying Hotel Haegumgang.

Initially, it was used as an official venue for the tearful but happy reunions of Korean families divided by the Korean war. But in 2008, a North Korean soldier killed a South Korean tourist and Seoul ceased all tours to the region, though The Floater has reprised its role on one or two occasions. And now it floats in disrepair, a grim shell of its former self that Kim Jong Un recently referred to as “shabby’, going as far as to order its demolition in order to revitalise the Mount Kumgang tourist resort. But that’s currently on-hold due to the coronavirus… and so the journey may yet continue. 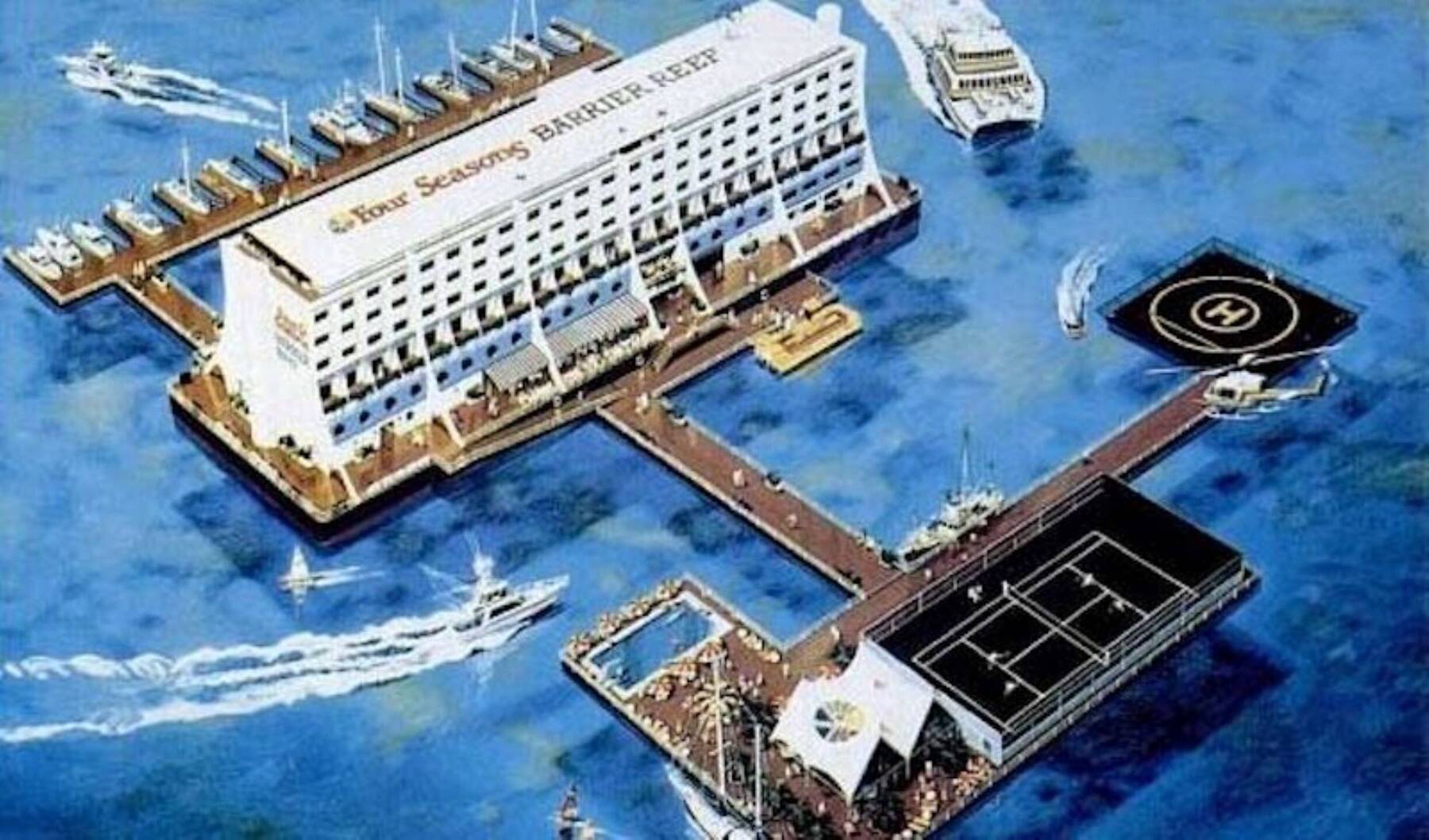 Everybody knows the story of Titanic’s one and only voyage, but what of the mighty ship’s siblings, Olympic and Britannic? Both ships survived their maiden journeys which is why most of us have never heard of them, but both fought in the first world war: Brittanic as a hospital ship unceremoniously sunk by a mine, and Olympic a troopship that survived and went back into the humble service of tourism until being dismantled in 1935. Like others mentioned here, the ships were in competition for the transatlantic passenger business that dominated early twentieth-century luxury travel, but unlike other ships that were built for speed, these three sisters were to become the world’s largest and most luxurious vessels… forgoing speed for experience.

Olympic was able to carry 2,500 passengers in beautiful interiors finished with ornate wooden staircases, multiple dining rooms, and elegant gold detailing. And even though Olympic was dismantled, it’s still possible to see some of her finer details. Parts of the staircase and various fittings can be found in the Olympic Suite in the White Swan Hotel in Alnwick, and the RMS Olympic restaurant onboard Celebrity’s Millennium has some of Olympic’s original wooden panels, taken from the ship’s restaurant. 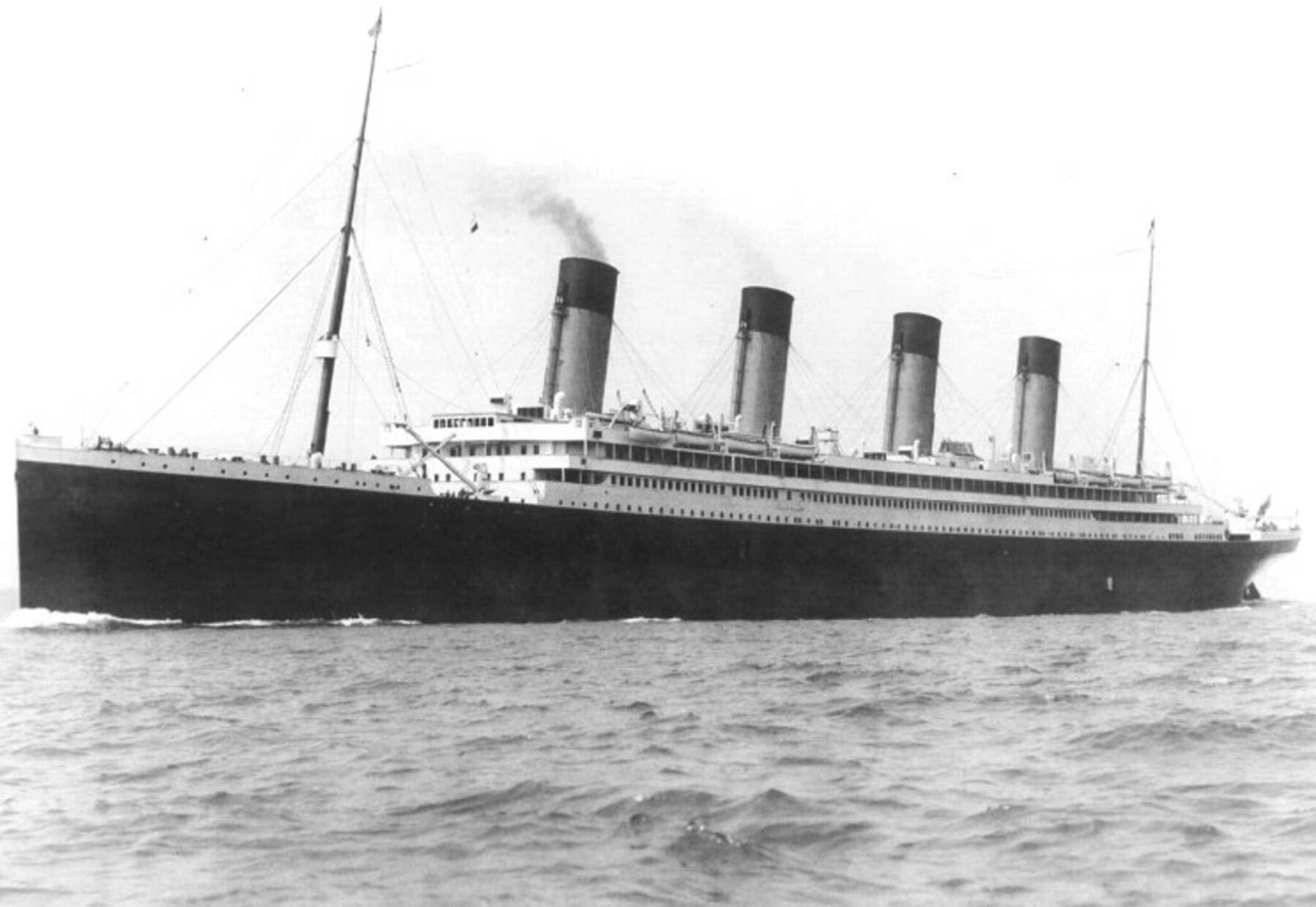