For anyone who loves the sea, exploring different coastlines around the world is a dream come true. South Africa is home to some of the most pristine and untouched beaches that the world has to offer. From off-the-beaten-track access to uninterrupted sea views, these hidden beaches provide the perfect backdrop for a sun-filled holiday, complete with dolphin and whale sightings, bird watching, and close encounters with penguins. Pop on your sunblock and dive right in.

Hole in the Wall, Coffee Bay

Hole in the Wall has become known as somewhat of a landmark for locals and visitors alike. It is remarkable that it still remains such a hidden gem. Located near the eastern banks of the Mpako River, the beach is named after the natural formation of rocks that include, quite literally, a hole in the middle. The hole itself has been formed by years of wave erosion, creating a breathtaking portal to the blue waters beyond.

While the actual structure itself is impressive, so are the untouched surroundings. Called “the Wild Coast” for a reason, the beach holds a certain sense of excitement and anticipation. In isiXhosa, the local language, this area is called "izi Khaleni", meaning "place of thunder". On stormy days, visitors can sit in wonder as heaven and earth collide on the waves. Locals will tell you that the best way to enjoy the area is by hiking along the Coffee Bay coastline, where you will encounter various stunning rock formations, including Baby Hole and Hlungwane Waterfall. End off your hike with a plunge in the lagoon and try to see as much of the ocean life as you can before the tide comes in. 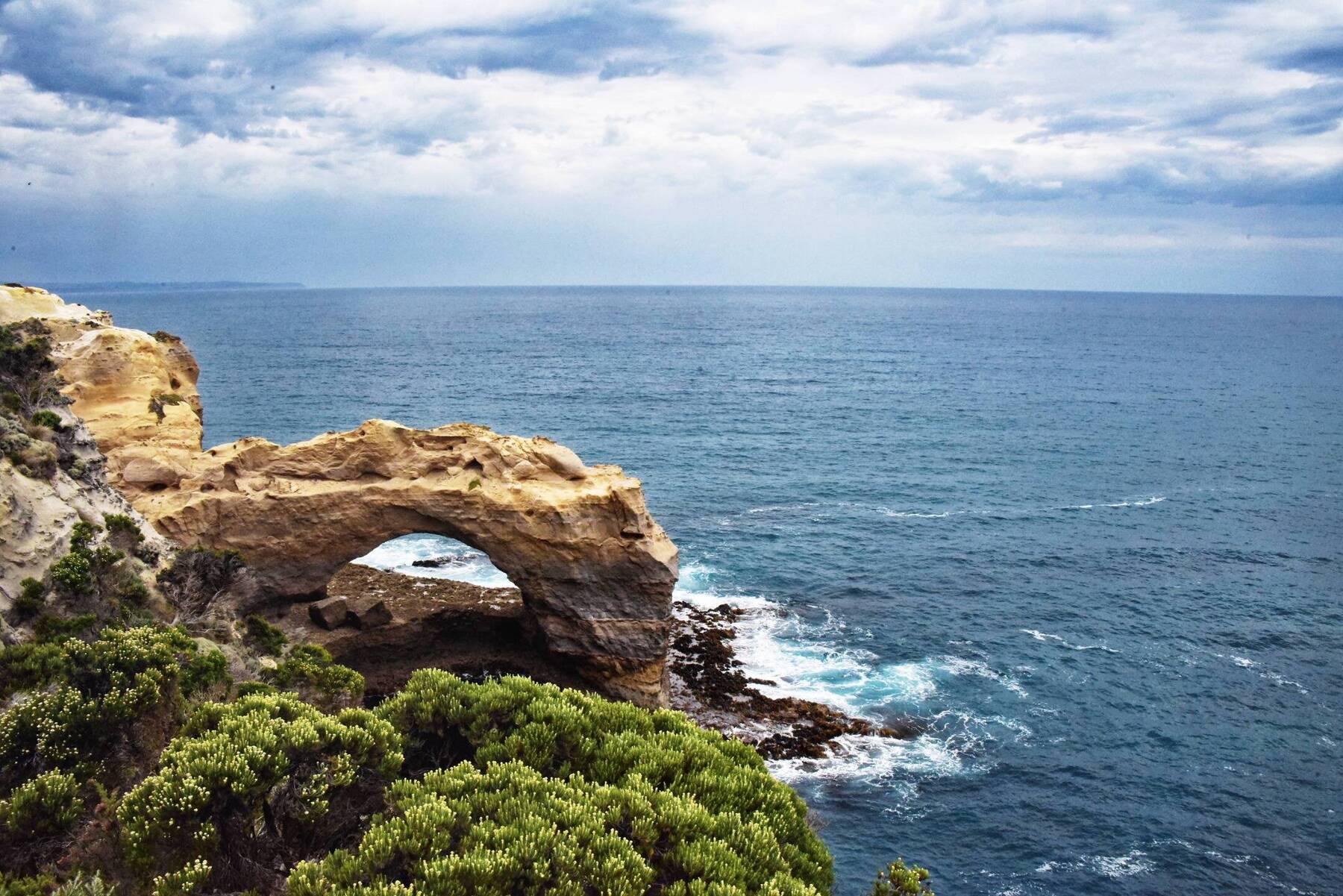 Another stunning area along the Wild Coast, Hluleka Beach forms part of the Hluleka Nature Reserve and is one of the best-kept secrets of the Transkei. If you are looking for a nature experience that showcases a variety of ecosystems, this is the place for you. From rocky coastlines and pristine beaches to deep forests of quinine, coral, stink ebony and Natal fig-trees, the views from this reserve are second to none. With the added benefit of being completely remote, your stay here will be one of calm and rejuvenation.

The beach has a perfect combination of soft, golden sand and jagged rocky outcrops, making it ideal for climbing enthusiasts and sunbathers alike. Owing to the fact that it is a nature reserve, bird watchers will be sure to see some of the beautiful wild coastal birds found only in this region. And if you are more of a fan of larger animals, you may even spot blesbuck, zebra, and wildebeest along the way. 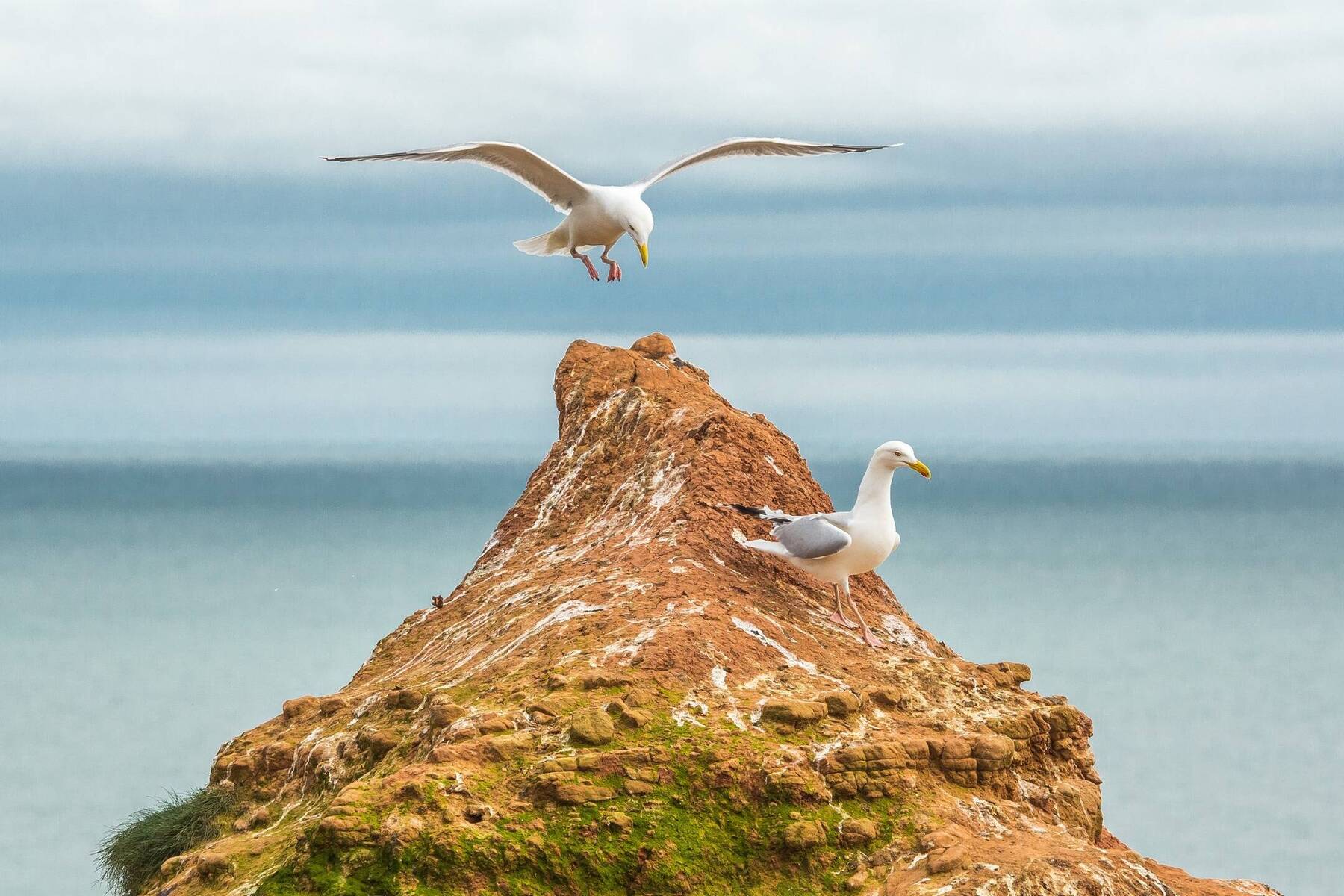 Tucked away deep along the coast of the Eastern Cape, Haga Haga is a small hamlet with some of the most sensational views. Better yet, very few people know about it. The entire residential area is bordered by Haga Haga Beach, stretching along the length of the village, which has now been declared a nature conservancy. Haga Haga is known for its work in rehabilitating Abalone colonies that have long been endangered by poaching. Various wildlife conservation efforts take place along this coast, including protection of the Cape Clawless Otters - which many visitors have seen taking a dip in the pool at their holiday house.

While the spectacular beaches and lagoons are enough to draw you in, there are ample hikes and outdoor activities to be enjoyed in the area. Spend your days watching whales and dolphins jumping in the waves, or venture out for a deep-sea dive to see the budding coral reefs and Abalone nursery. The coastline also offers deep and diverse rockpools, which are sure to excite the inner child in all of us while we seek out the creatures hidden within the rocks. 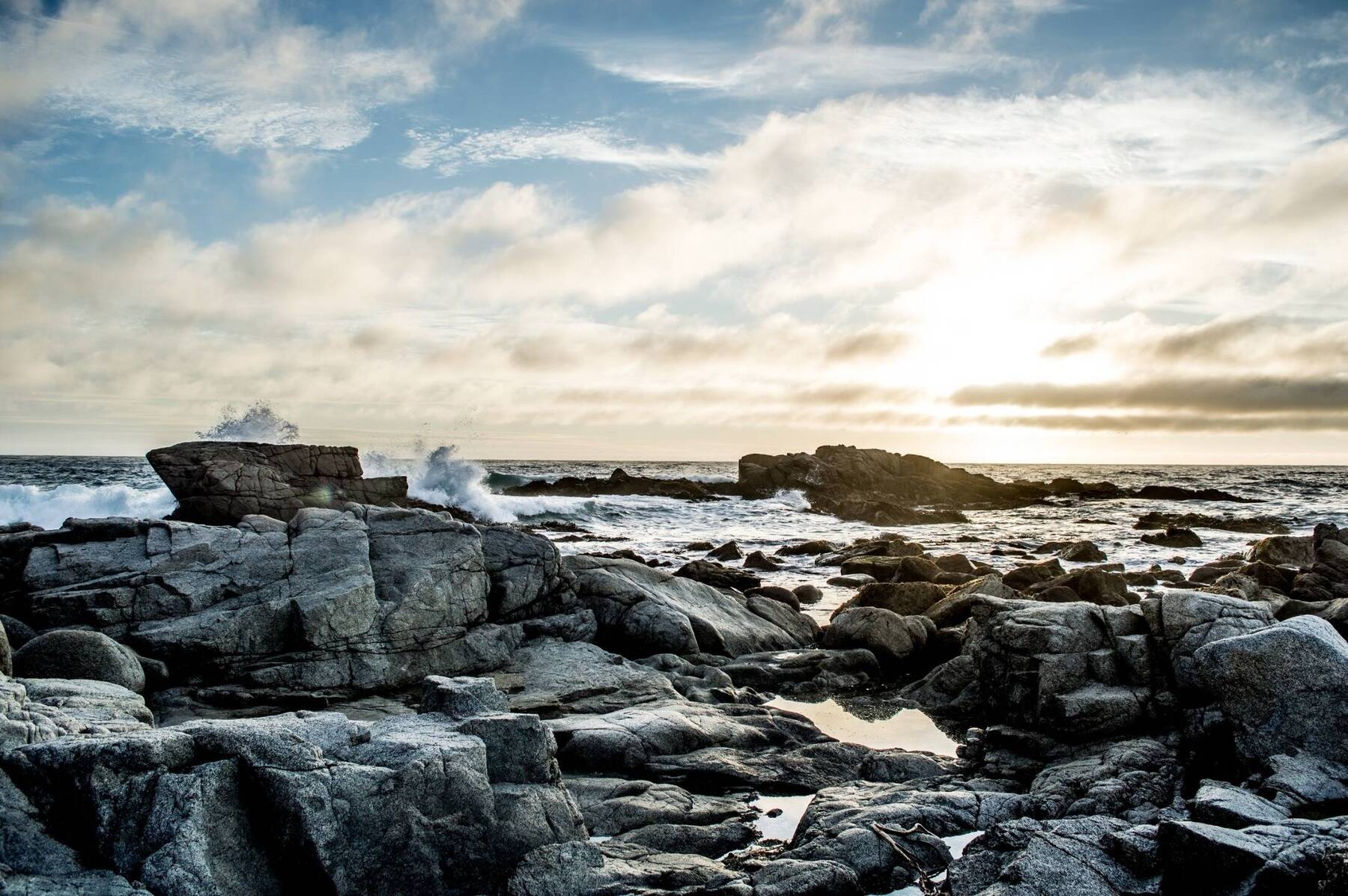 Simon’s Town is an old Naval village off the coast of the Cape, a few minutes’ drive outside of Cape Town. Water’s Edge Beach, a hidden local spot, requires a bit of a walk to reach. But, the effort is entirely worth it. While most tourists flock to Boulder’s Beach, you will have Water’s Edge almost entirely to yourself, though you may need to share it with the resident penguins. Yes, you read that correctly - penguins. South Africa’s coast is home to the African Penguin, affectionately called the Jackass Penguin. These feisty creatures make their home on some of the beaches along the Cape coastline, and Simon’s Town is known for their presence.

Spend your days sunbathing on the soft sand or climbing over rocks to find even better views. While the water is cold, it plays host to remarkable wildlife, making diving opportunities an unmissable affair. Pack a picnic for the whole family and go see the penguins in their natural habitat. But maybe steer clear of tuna sandwiches, or you may have more guests than you planned for. 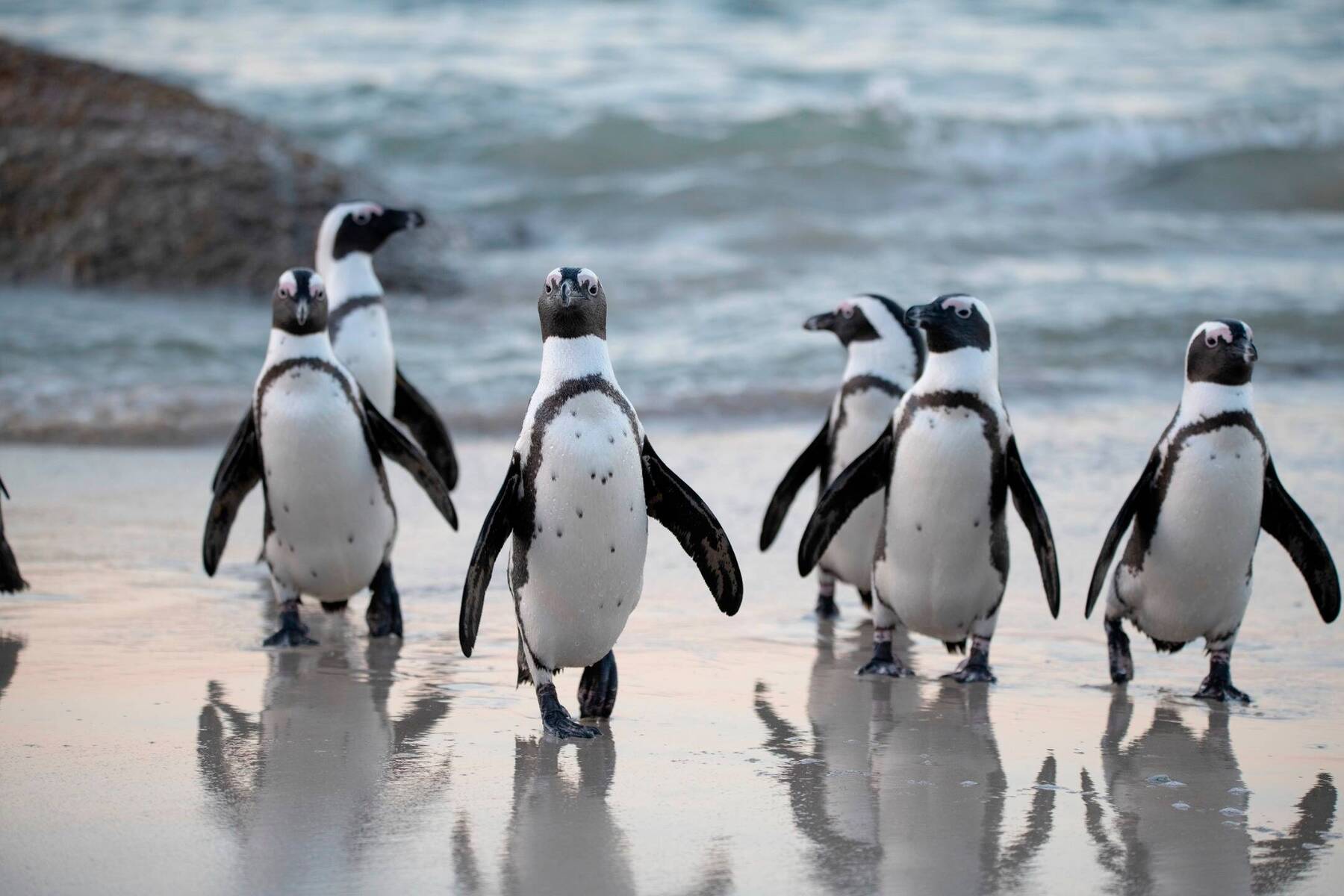 As you travel along South Africa’s famous Garden Route, you will come upon the town of Knysna. Although it is known for the fabled woodland elephants, Knysna is also home to a gorgeous coastline. Some of the more popular beaches are well known, but Noetzie is kept secret by the locals. Originally called “Noetziekamma”, which is a Khoisan phrase for ‘dark water’, this beach is an exclusive and peaceful spot to spend a summer’s day. While the water may be dark, the deep blue is unlike anything you’re likely to have seen before.

While regular beach activities are welcome, why not try your hand at paddle boarding or canoeing. Knysna’s coastline is famous for the colony of endangered seahorses that are found only in the area, and there are extensive research efforts taking place at any given time. If you would like to do something meaningful on your holiday, why not get in touch with the researchers and assist them in collecting and caring for these remarkable creatures for an afternoon or two.

Megan St Clair Wilkins is a nature-loving content writer, with a passion for travel and champagne. Having achieved her Law degree with a specialisation in Intellectual Property, IT Law, and Forensics, she hopes to one day make the Law more accessible to the average person. She believes that knowledge is power and that everyone can benefit from a good read. When she’s not typing furiously away at her keyboard, you’ll find her stuck in a book, at a local theatre production, or on safari for her quest to photograph the ever-elusive honey badger.