Not only does France have of the most famous ski areas in the world, it also encompasses the world’s largest piste network, Les Trois Vallées — stretching between Meribel, Courchevel and Val Thorens — altogether providing a diverse winter sports experience. A collection of luxurious new and newly reimagined ski lodges are now inviting guests to venture out onto the slopes from their plush accommodation offerings in some of the region’s most celebrated ski resorts.

Following on from its end of 2019 debut, the ski-in ski-out Maisons Pariente hotel, Le Coucou, is reopening for the 21/22 ski season with a new look restaurant, enhanced kid’s club and brand-new spa experiences. The Pierre Yovanovitch designed hotel houses 55 rooms, including 39 suites, along with two private chalets, two restaurants, a bar, Tata Harper Spa, indoor and outdoor swimming pools, a fitness room, sauna and two kid’s clubs. The revamped Biancaneve Restaurant, which was created by Riccardo Giraudi, now benefits from an extension of its panoramic windows, enhancements to its chic interior design and the creation of a new Italian menu. The hotel’s new Kid’s Club by Petit VIP comes with creative new activity programming and the spa is now offering Mother & Daughter and Father & Son spa packages with body massages and facials. Meribel lies at the heart of the largest ski area in the world and Le Coucou is located at the foot of the Rond-Point des Pistes. In addition to skiing, winter activities from Le Coucou include dog-sledding, snowmobiling and snowshoeing. 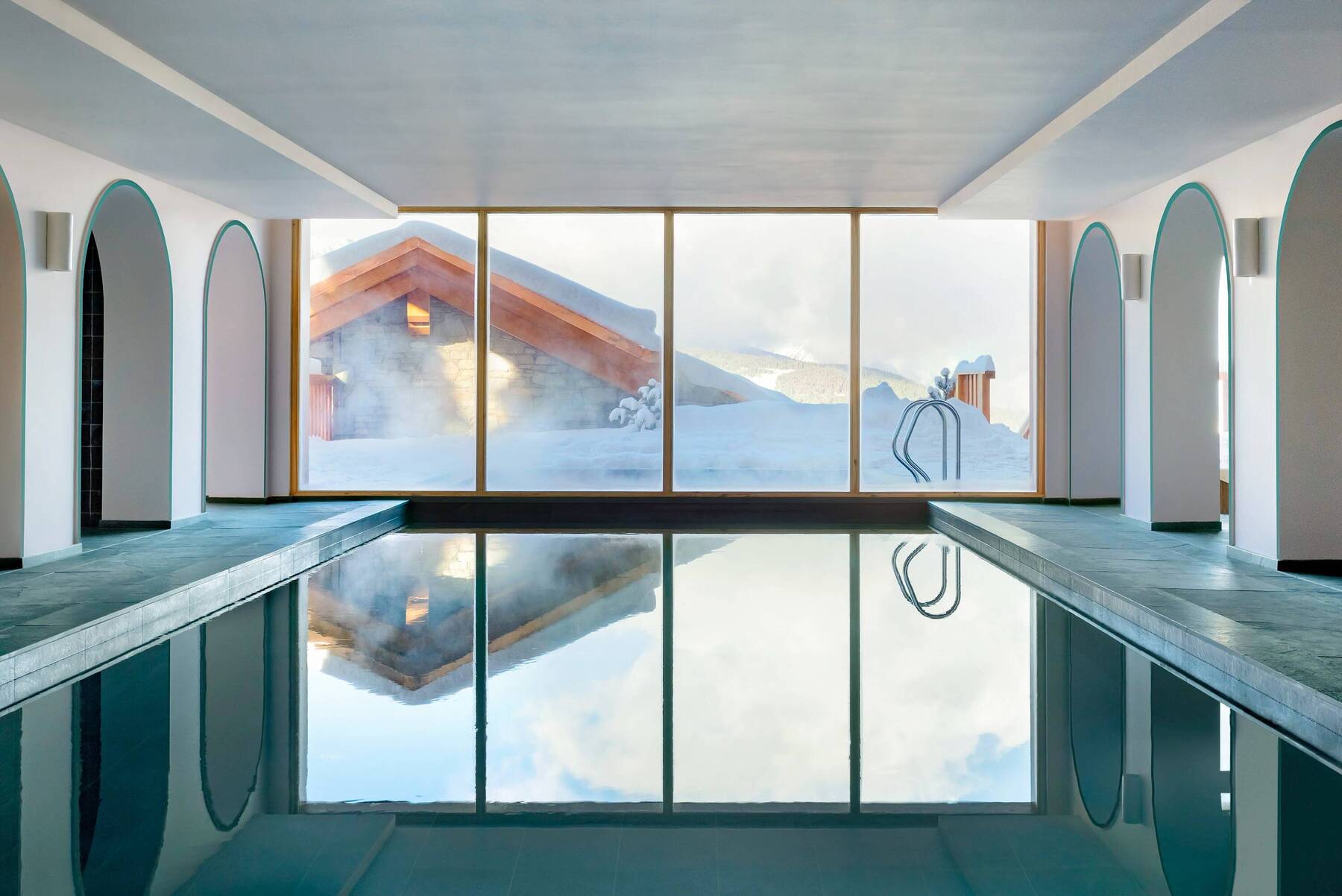 Ultima Collection is expanding its portfolio this month with the debut of Ultima Courchevel Belvédère. This luxurious ski and wellness resort is the fourth alpine property in the collection and one that, just like its sister properties, pairs the experience of an ultra-luxury five-star hotel with the privacy of a chalet. The mountain resort comprises 13 privatised four- and five-bedroom chalets, which can be reserved for a self-catered stay or with a dedicated ski butler among other services for the full Ultima experience. Each chalet encompasses expansive living space, a fully-equipped kitchen and all of the bedrooms have an ensuite bathroom and either balcony or direct outdoor access. The resort’s spa provides treatments and programmes using Swiss Perfection products and is fitted with an indoor and outdoor pool, hammam, Jacuzzi, sauna, fitness room and beauty salon. Guests can dine in the privacy of their chalet or within the new resort’s restaurant with terrace. From here, guests can make the most of being based in Les Trois Vallées. The restaurants and bars of Courchevel are then just a seven-minute transfer away. 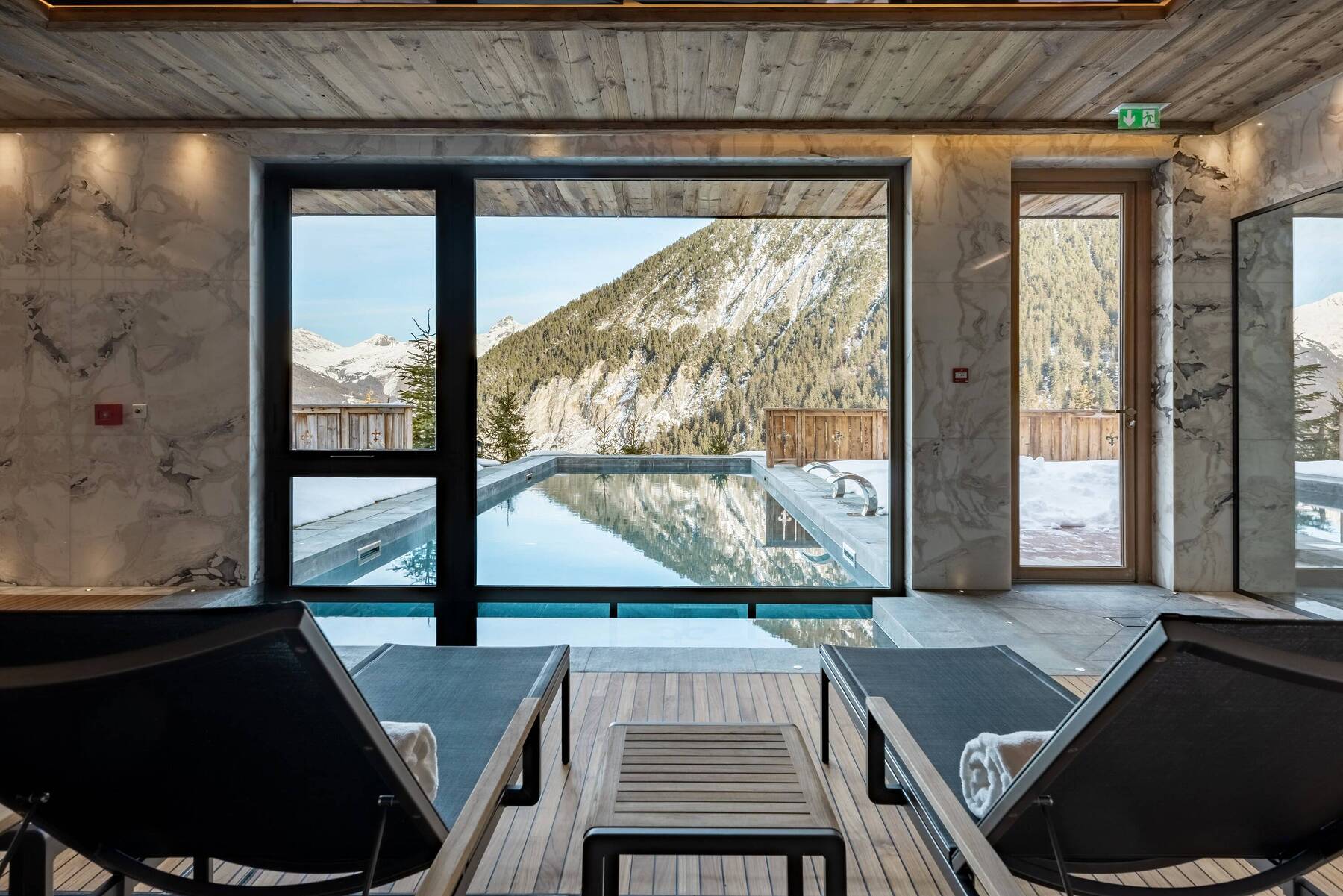 Tignes’ new five-star hotel Le Diamond Rock Lodge aims to embody the spirit of a modern mountain refuge with its design-led interiors pairing warm wood with touches of marble and brass and providing views over the village and mountains. The hotel’s stylish rooms and suites are joined by two restaurants—the Savoyard restaurant Le Bôrna and gourmet restaurant Les Cimes—and a panoramic bar overlooking the Tignes valley, the ski-in ski-out Ski Room by Bernard Orcel, Pure Altitude spa with sauna, hammam, Jacuzzi, heated swimming pool and Nordic bath, a games room with ten-pin bowling and a cinema as well as kids’ club. Overall, the property is designed to appeal to both skiing enthusiasts and nature lovers. Tignes is made up of five villages and is surrounded by slopes catering for skiers of all abilities, with opportunities to also go off piste with experienced guides. Other activities also abound in the winter months, from ice skating and ice climbing to winter paragliding, heli-skiing, ice driving and horse riding on snow. 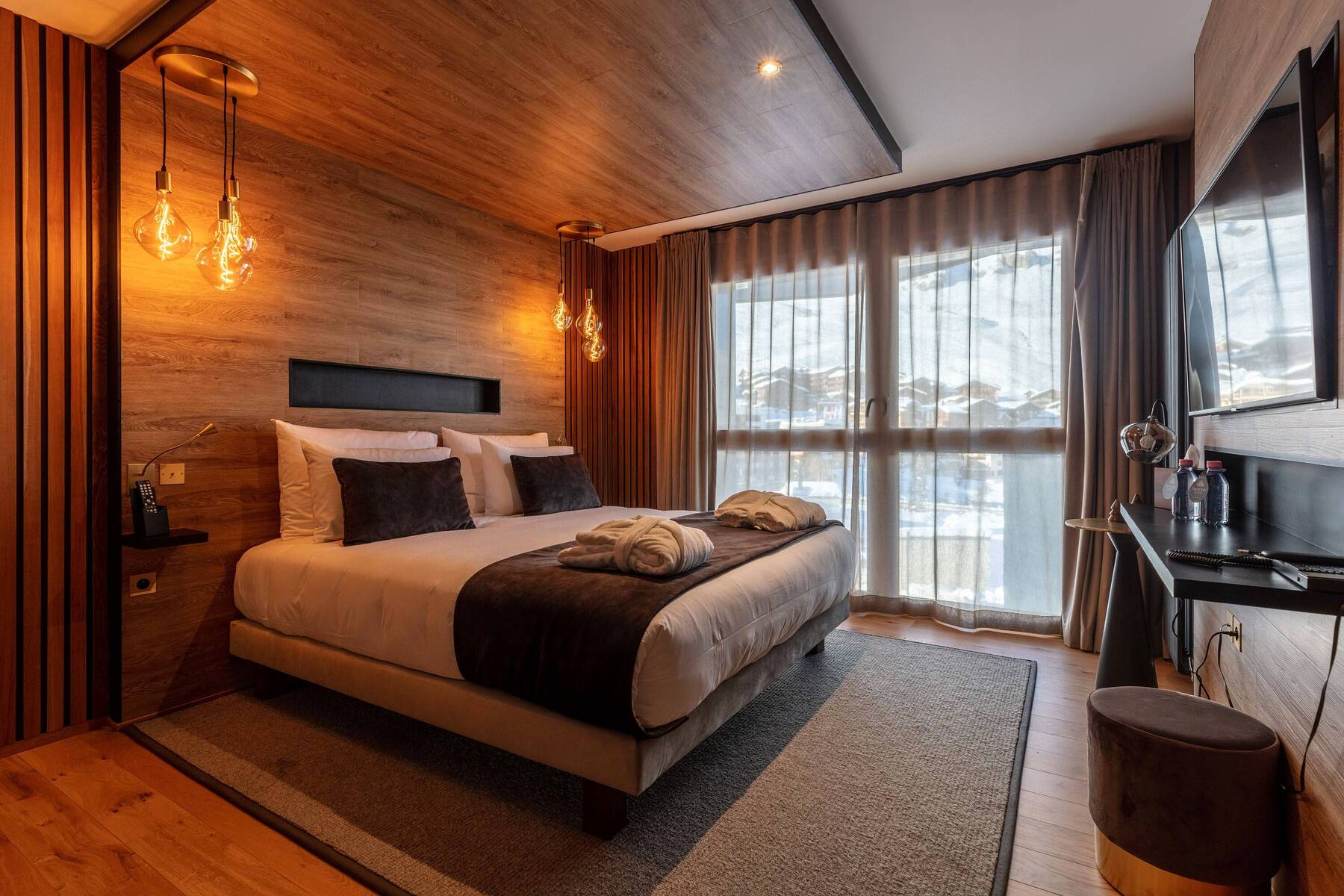 Ahead of travellers’ return to the French slopes, Beaumier has renovated its mountain properties, which include L’Alpaga in Megève, to provide a fresh alpine experience in the season ahead. Led by a commitment to authentic design and inspiration taken from nature, exploration and discovery, Charles & Co has breathed new life into this luxurious property with views of Mont Blanc. Following its December 2021 reopening, guests are now met with interiors layering soft, opulent velvets and wool textures with rich leather accents in a space comprising sumptuous rooms and suites, standalone chalets, the two-Michelin-starred restaurant La Table de L’Alpaga offering the menus of Anthony Bisquerra and the relaxed L’Onyx bistro for more informal meals. Guests can unwind in the hammam, hot tub, sauna and redesigned spa and set out on an exploration of the slopes. A stay here affords exploration of the Mont-Blanc region. The Megève ski area alone encompasses 235 slopes across all levels, with winter activities aside from skiing including ice skating, dog-sledding and glacier hiking. 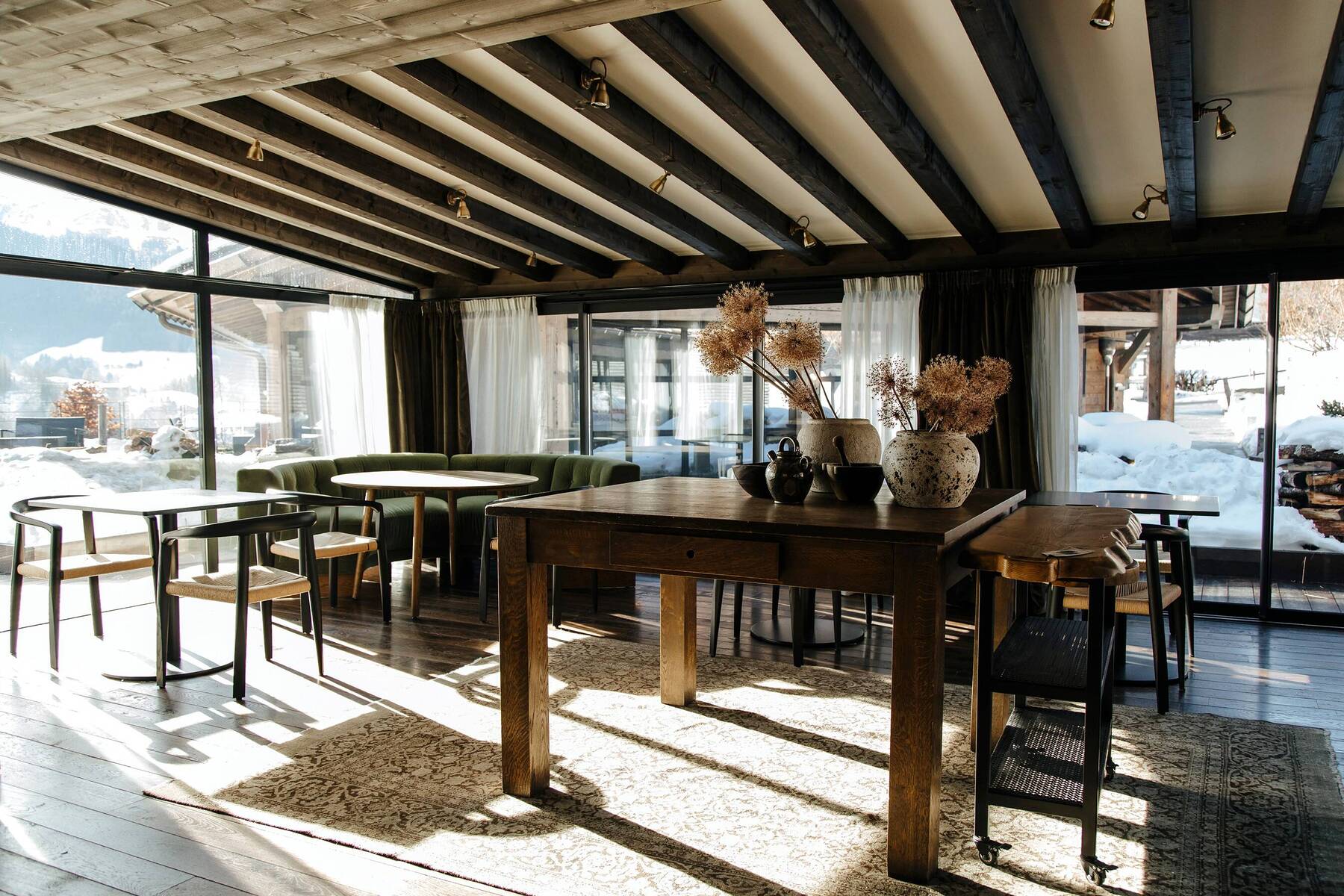