Head off the beaten track for a visit to the extraordinary cave town of Matera. There is nothing else quite like it in the world! These caves have been home to thousands of people over the centuries. Once a place of intense poverty and virtually inhabitable, it has become a wonderful location designed with sustainable tourism in mind. Discover the cave heritage, see fantastic artworks, try your hand at regional cooking techniques and fly like a bird high above the valley.

MATERA AND ITS HISTORY

There is nothing quite like Matera anywhere. This is one of the oldest towns in the world, dating back to Paleolithic times and is totally unique. What makes it so unusual is troglodyte homes and churches that have been dug out of rock or created out of natural caves. Hundreds of families were still living in the caves in the 1950’s, making it the most extensive inhabited cave system of its kind in the Mediterranean. At that point, the caves were abandoned as people moved to new houses built on a nearby plateau. In 1993, the historic Sassi cave areas of Matera were designated as a UNESCO World Heritage site both for its unique troglodyte homes as well as the way it matched the terrain and local ecosystem. Since then the Sassi has been transformed with cave houses being turned into comfortable, luxury boutique hotels and restaurants. Some such as the Sant’ Angelo resort even include original chapels. Equally popular are the hotels created within the eighteenth century buildings developed for the local aristocracy who could afford to move out of the caves. The transformation is still underway, as many caves remain uninhabited and unused.

Visiting Matera really is stepping back in time. It is a location popular with filmmakers since the ambience, buildings and environment is reminiscent of Biblical times. Countless alleyways, narrow winding streets and steep flights of steps give access to buildings that look on the outside like houses but as soon as you go inside it is a very different story. These buildings are actually natural caves, with rooms going back deep into the tufa limestone rock. Some are just one or two rooms reflecting the way people lived close to their animals, while others form networks of interconnecting caves. Even in the heat of a southern Italian summer, the pale grey rock buildings appear cool and tranquil. Come winter, the rock slowly releases its heat, keeping interior temperatures stable. 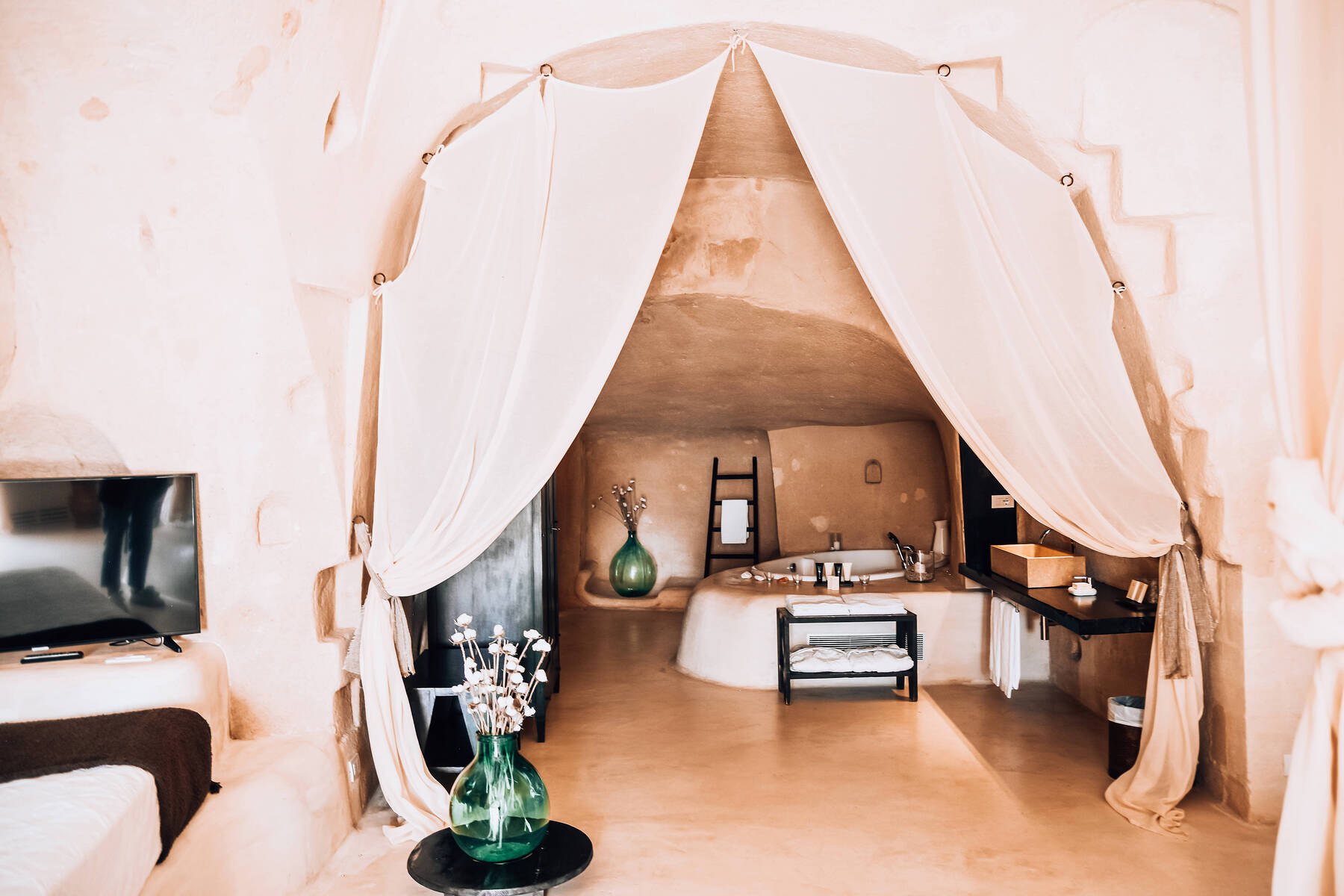 WHAT TO SEE AND DO

Exploring the cave systems is by far the key attraction at Matera. There are several caves open to the public, such as the Grotto di Vico Solitario in the Via Bruno Buonzzi which demonstrate what life was like for the cave dwellers. The Grotto is simple, a cave containing a bed, a loom, room for manure and areas for a pig and a donkey. Adjacent to the Grotto is a cave giving detailed background information plus numerous black and white photographs illustrating life in the area.

One of the most unusual underground buildings is the amazing Palombaro Lungo, found underneath the town square. This is a giant cistern capable of holding all the water needed by the town – and was in use within living memory. Carved out of rock, complete with massive arches, it resembles a subterranean cathedral to the importance of water. By far the best way to explore the Palombaro Longo is to pre-book a guided tour, as the guides can show just how it was created and used.

Other buildings worth seeing include the Museum of Medieval Art, Tramontano Castle and the Cathedral of Santa Maria della Bruna which towers over the town on the highest point of the Civita Hill. The calm thirteenth century Romanesque exterior contrasts with the rich, mainly Baroque interior. There are some surprises too – a thirteenth century medieval Byzantine style fresco of the Last Judgement and a fourteenth century nativity scene sculpted in stone.

Just outside the main town is the ancient Roman road known as the Appian Way, and the pretty Crypt of the Original Sin. This chapel contains wonderful wall paintings and frescos created by the ‘painter of the flowers of Matera ‘ which date back to the ninth century.

By far the most spectacular views of Matera can be obtained at the Belevedere, situated just outside the town. This is where Mel Gibson filmed the crucifixion scenes in his 2004 movie The Passion of Christ.

Not to be missed are the wine and food walking tours that can be booked providing insights into local food and drink – as well as tasting opportunities! Equally fun are the cooking workshops learning to prepare traditional recipes held within some of the eighteenth century houses. Alternatively, search out the artisan craft workshops located in some of the ancient cave houses. These are operated by local artisans specialising in typical regional crafts such as woodcraft, terracotta and tuff sculptures. 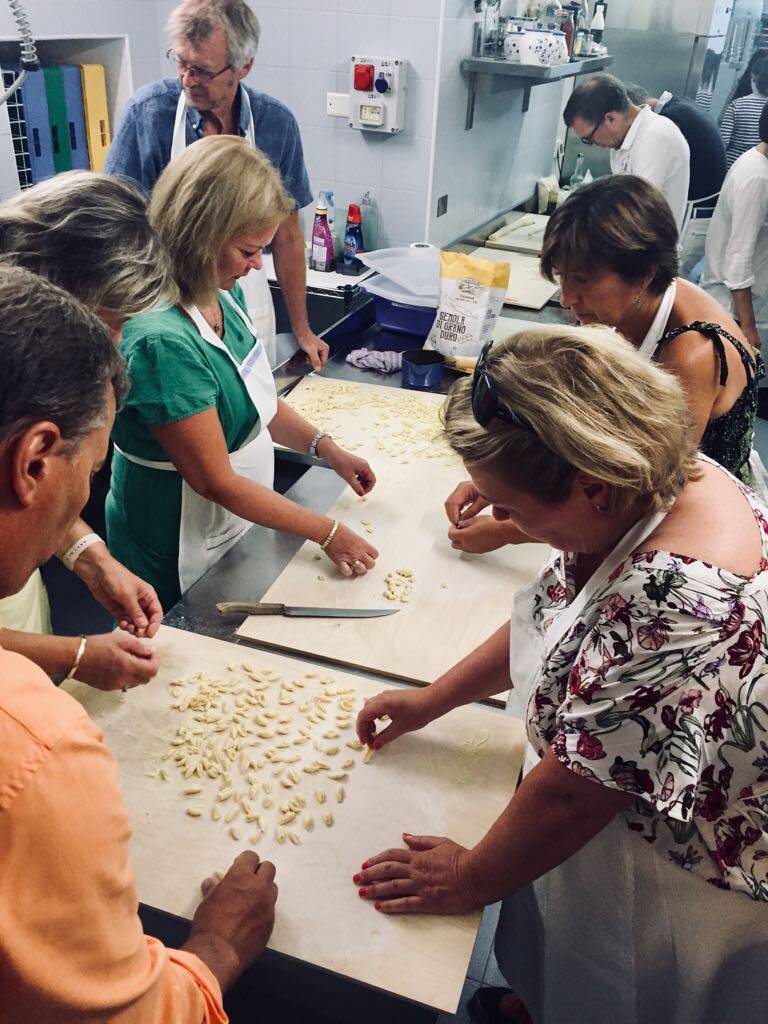 Matera is not just about caves and history. The surrounding area is incredibly beautiful, with mountains, forests and small cliff top towns to visit. One of the popular regional attractions is the Volo dell’Angelo or Flight of the Angel which offers the opportunity to gain a birds eye view of the landscape. This is definitely not for the fainthearted, nor anyone afraid of heights. A high speed zip wire connects two towns, situated on opposing mountain tops across a stunning valley. Suspended from a wire, participants travel at speeds of up to 120 kmh at heights of up to 1020 metres above the earth. The Flight of the Angel comprises two separate high wire journeys. The San Martino line starts in Pietrapertosa and arrives in Castelmezzano while the Peschiera line provides the return journey to Pietrapertosa.

A great way to explore the area is by bike. Matera Turismo can arrange bike rental, or provide guided cycling tours of the area. There are many quiet roads and countryside pathways suitable for cycling, including visiting the San Guiliano lake, home to many African migratory birds. 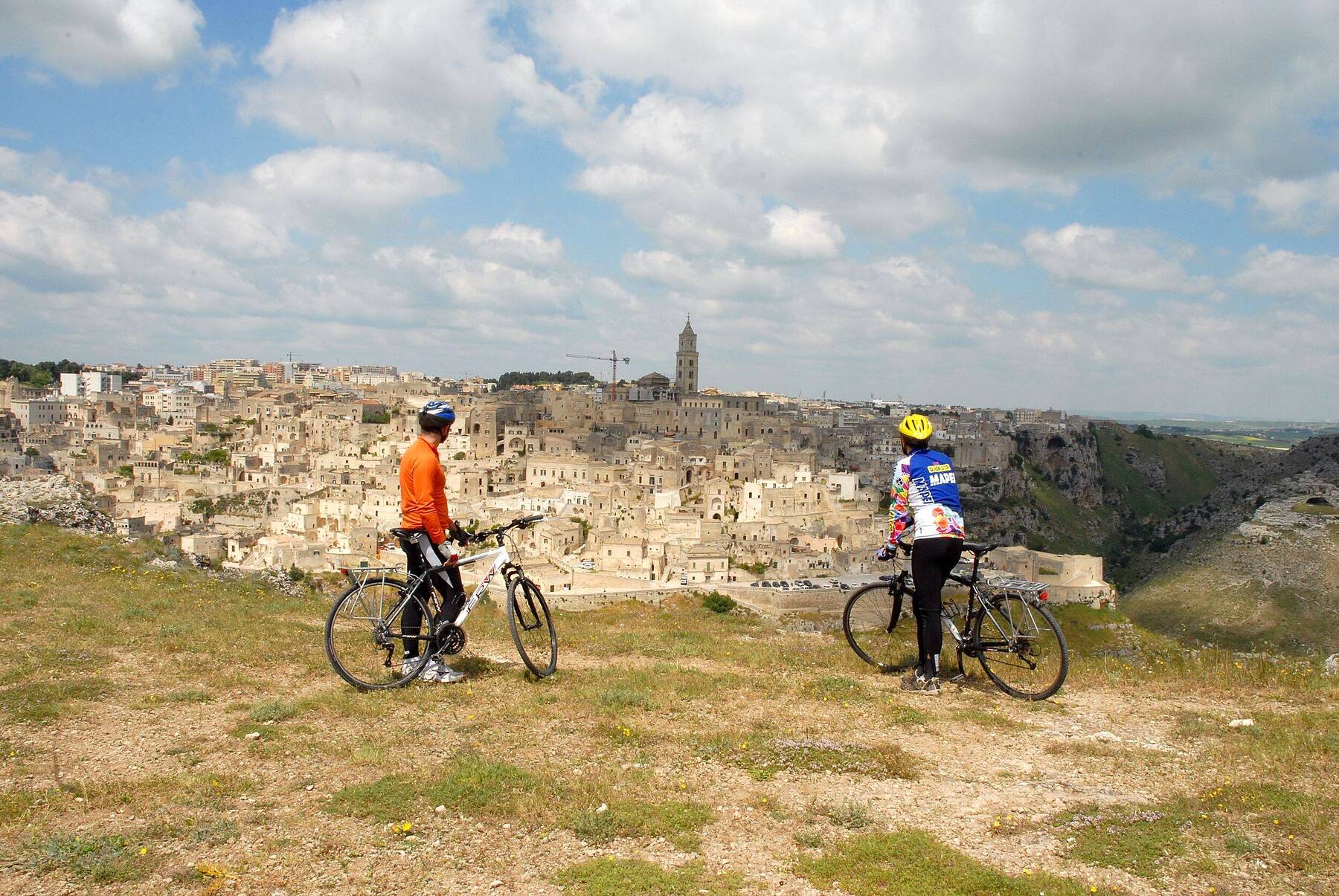 HOW TO GET THERE

Matera is located amid mountains and canyons carved out by the Gravina River, in the remote Basilicata region of Southern Italy. The nearest airport is in Bari, just 60 km away. There are direct shuttle buses and trains to Matera, as well as private transfers by road or helicopter. Access is possible from airports further afield – Brindisi is 154 km, while Naples is 300km. 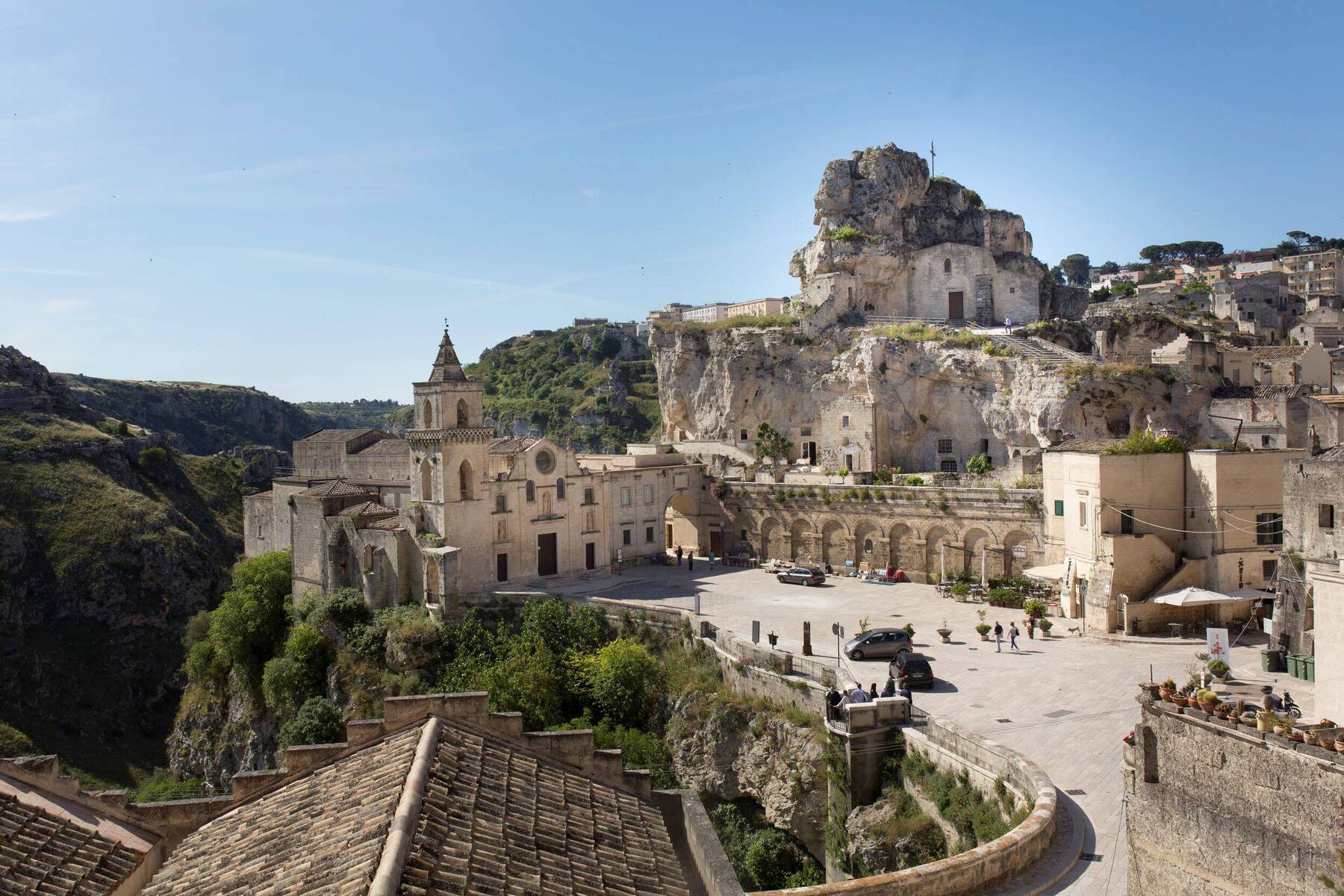