Five Experiences You Can’t Miss in the Maldives

Five Experiences You Can’t Miss in the Maldives

The Maldives come as close to paradise as it gets. White sandy beaches stretching long and wide dotted with perfectly shaped palm trees bordered by crystal clear waters. Insta-perfect views wherever you look, and sunsets to fall in love to. Whether you’re after the ultimate relaxing beach bum holiday or can’t wait to throw yourself into a proper island adventure – the Maldives have got you covered.

Go on an underwater adventure

This is the perfect way to discover all the colours the Indian Ocean has to offer. Comprised of 1192 islands (200 of which are inhabited) grouped into 26 atolls spanning across the equator, this country mesmerises with an abundance of colourful reefs covered by the clearest waters you can imagine.

This picturesque island nation is home to five percent of all reefs worldwide, which build the foundation of the islands. That’s a lot of corals to discover next to a thousand species of fish including whale sharks and manta rays.

Whether you prefer to stay closer to the surface and go snorkelling or you can’t wait to discover the depths of the ocean on a scuba diving tour, these tiny islands rimmed with white, soft sand are the perfect starting point for your underwater adventure. 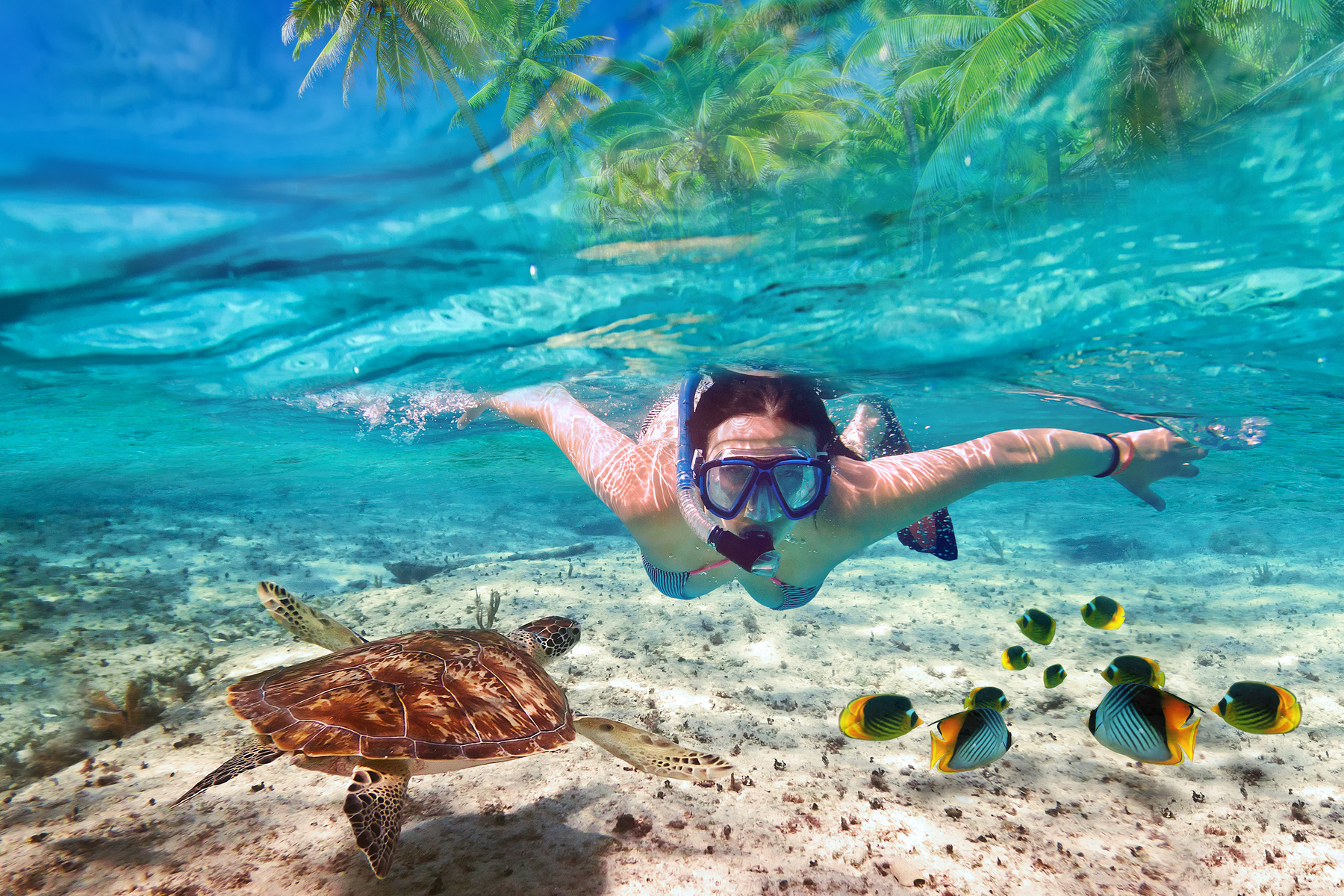 Populated over 2500 years ago with people settling from the Indian subcontinent, the Maldives became a melting pot of different cultures and people due to the country’s geographical location. The flavours and spices that influenced the traditional Maldivian cuisine, also known as Dhivehi cuisine, are equally as rich and diverse.

Locally grown crops are coconuts, pineapples, papayas, mangoes, and sweet potatoes. These are the staples of the Maldivian cuisine next to fish, with tuna being the most popular, followed by scad, mahi-mahi, and wahoo.

Prepared in a variety of ways (smoked, cured, cooked, sundried, deep-fried, or grilled) fish is used in a myriad of dishes like a colourful fish curry consisting of fresh tuna, chillies, peppers, and coconut milk served with flatbread or rice. One of the most popular Dhivehi breakfast dishes is mas huni consisting of a mixture of tuna, coconut, onion, and chili, which is blended and served with flatbread. To quench your thirst, you could try raa, a liquid tapped from palm trees made into black tea. 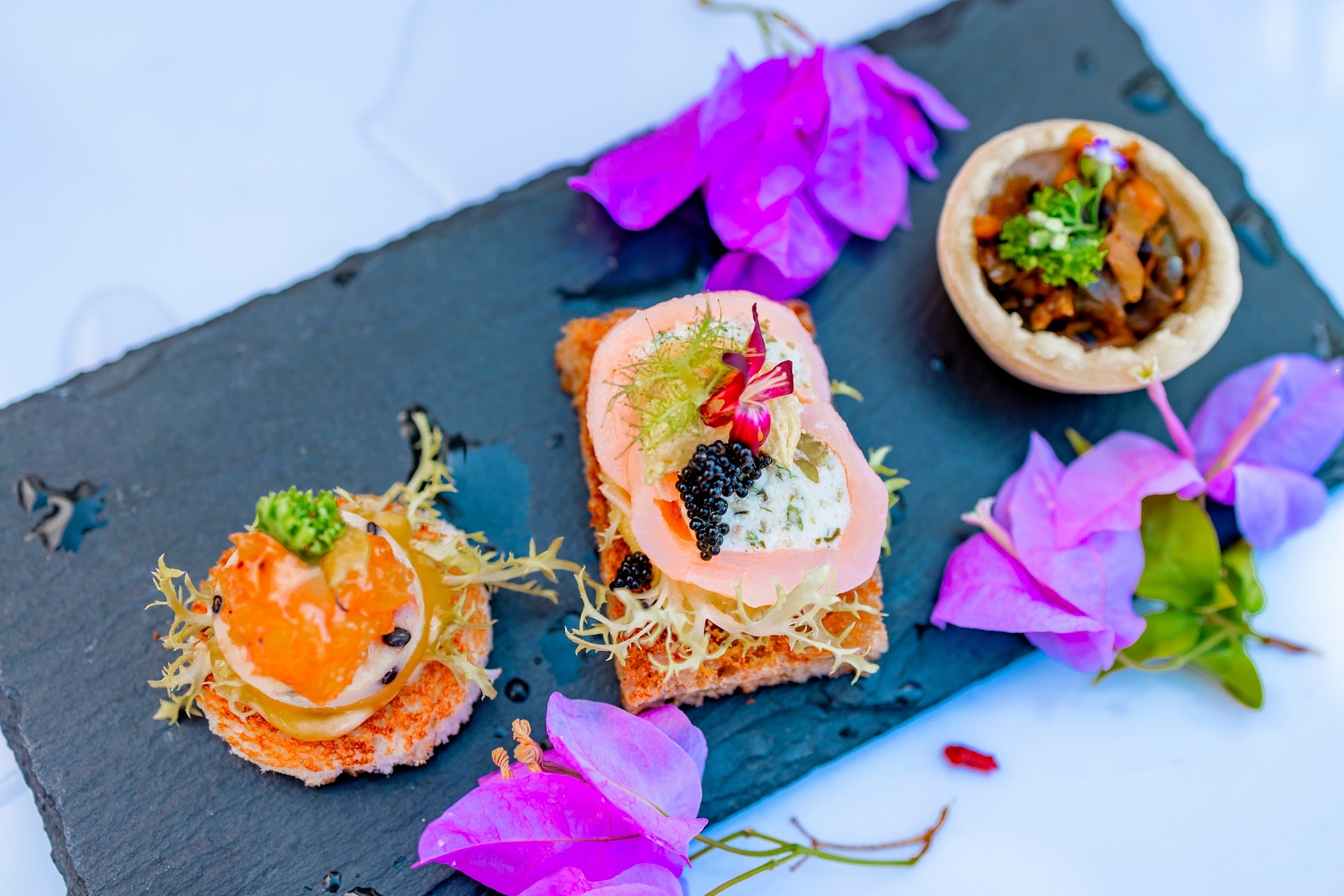 Stay in a luxury hotel

If you’re already in a fairytale-like place like the Maldives, you might as well indulge and stay in a luxury hotel like the Park Hyatt Maldives Hadahaa to make the most of your incredible holiday.

Kick back and relax in a villa surrounded by lush gardens or perched above the water and let yourself be soothed by the eco-friendly, calming interior inspired by nature like wooden walls and crisp white linens on invitingly comfortable beds.

Floor-to-ceiling windows perfectly frame the stunning views that you can enjoy from every angle, no matter the time of the day. Some rooms offer private plunge pools or direct access to the beautiful reefs of the island so you can cool off after frolicking in the sun.

Don't miss out on our special offer for stays at the Park Hyatt where you can currently benefit from 4 nights for the price of 3 for stays until 31 October 2022! 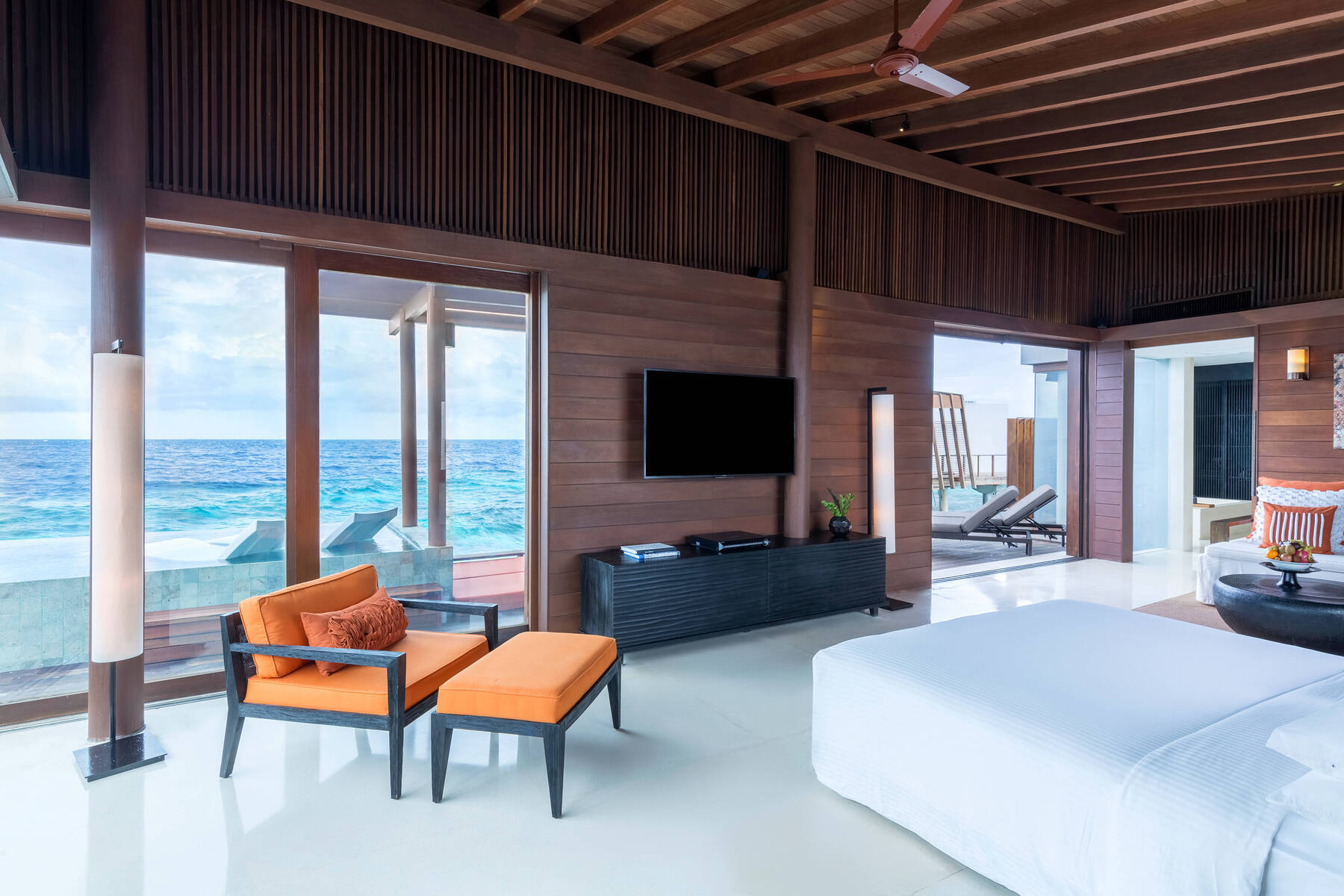 Get your adrenaline pumping

What if you’ve lounged and relaxed enough and are ready for some action? You’re also in the right place! If you are good with heights, you can try parasailing. Get strapped in and have a boat pull you through the air. This breathtaking activity gives you a bird’s eye view of your holiday destination and gets your adrenaline pumping.

Another action-packed thing to try in the Maldives is fun tubing, where an inflatable tube gets pulled across the water at high speeds – with you on it. It’s an intense experience that will have you switch back and forth between laughs and screams while you dodge waves and steep curves.

If you’re craving a more physical activity, surfing might be just what you’re after. You’ll find the best waves from March until October with storms bringing large swells to the archipelago. From March until April the Southern atolls offer the best conditions, while May to October will have you surf at the Northern and Central atolls. A surfing charter is one of the best ways to find and surf the many different waves and breaks, but you can also take it easier and rent a stand-up paddle board (SUP) and glide over the water while you can spot fish and corals below. 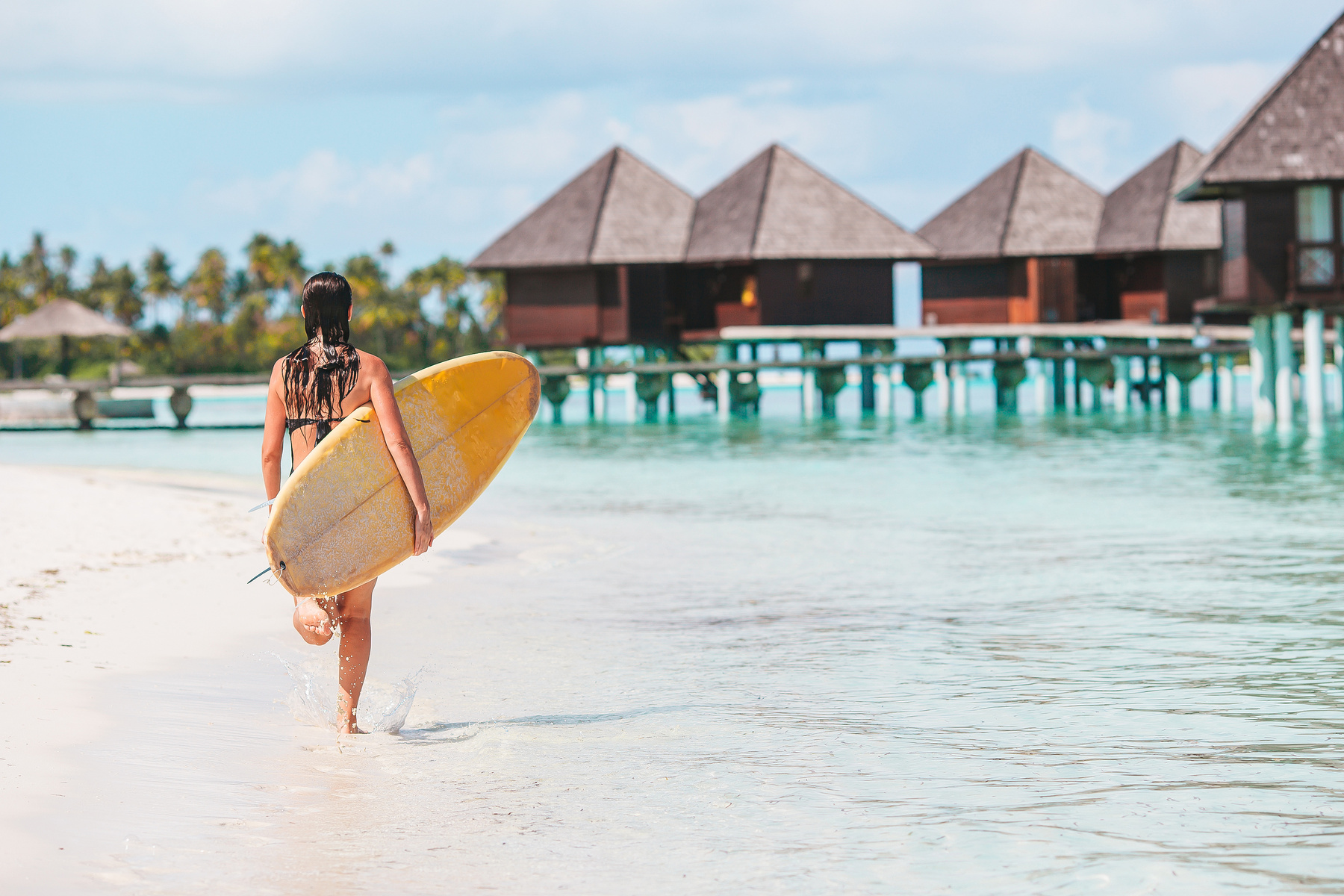 What’s left to do in the Maldives after you’ve enjoyed a relaxing massage, laid out in the sun with a good book, had a dip in the crystal clear water, watched corals and fish from up-close and got your adrenaline kick for the day?

There’s only one thing to do when your day in paradise comes to an end: witness a breathtaking sunset. Whether you’re with your better half, friends or by yourself, to intensify this experience, watch this colourful spectacle from your pool or at the beach to observe the passionate sky extend into the water. 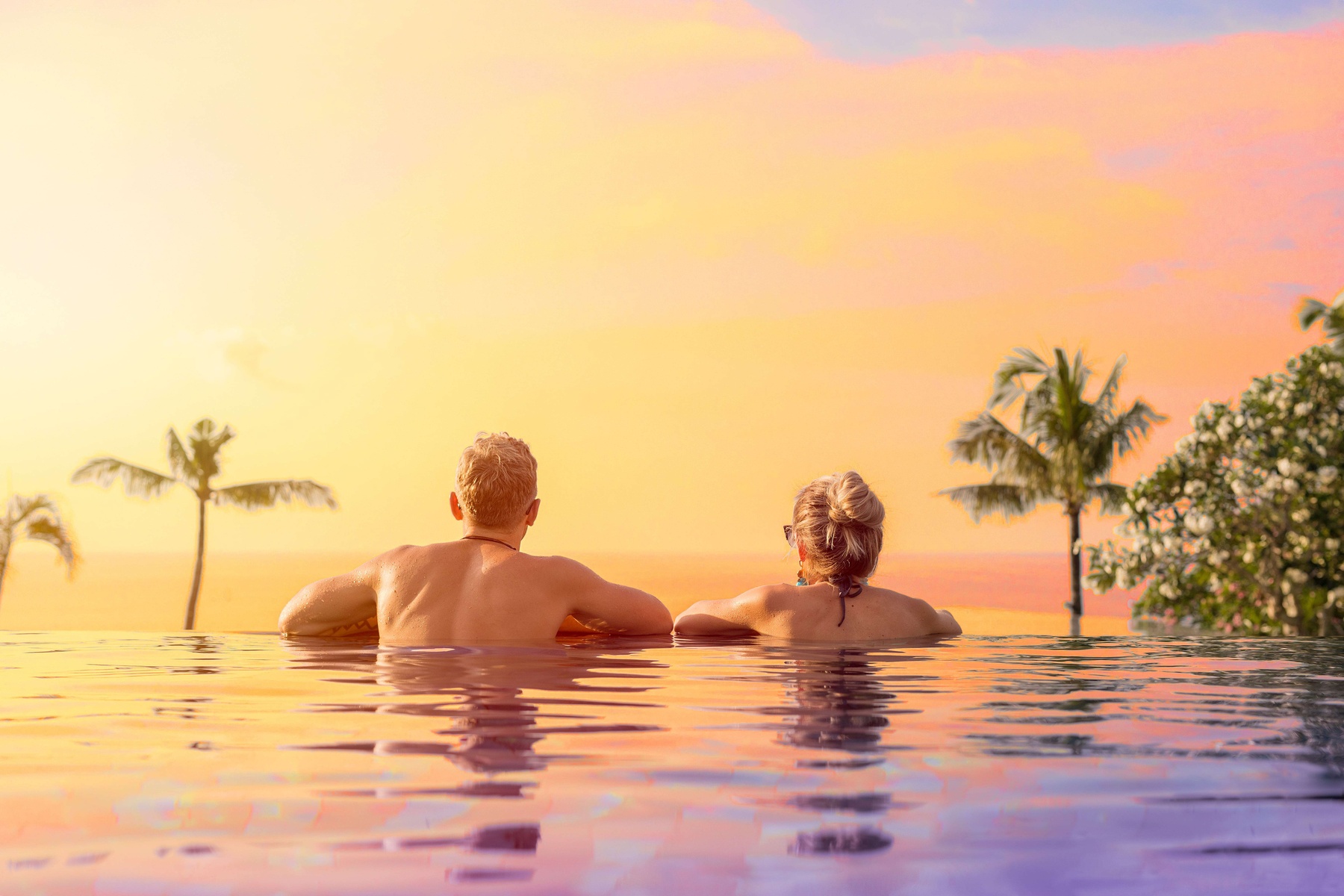