Explore Alice’s world in the UK

Explore Alice’s world in the UK

Loved throughout the world for its sheer imagination and entertainment, Alice in Wonderland owes its existence to a little girl meeting an Oxford scholar and enjoying a lazy trip on the river. Follow in her footsteps around Oxford and Llandudno, and prepare for a magical event at the Victoria & Albert Museum where you truly become Alice.

The story of Alice begins on 4 July 1862, when Charles Lutwidge Dodgson, a mathematics lecture at Christ Church College, Oxford took Alice, Lorina and Edith Liddell, the daughters of the Dean of Christ Church – on a boat journey to Godstow. It was a hot, sunny afternoon and Alice was bored. To entertain Alice and her sisters, Charles Dodgson began to tell a story about a bored girl who followed a White Rabbit down a rabbit hole into Wonderland meeting all kinds of crazy creatures including a Mad Hatter, Playing Card Gardeners, babies turning into pigs and a Queen of Hearts playing an unusual game of croquet with flamingos. Alice demanded that he write it down for her. The result was the story we have all come to know and love: Alice in Wonderland by Lewis Carroll (also known as Charles Dodgson). Reminders of the world she knew so well can still be enjoyed today. 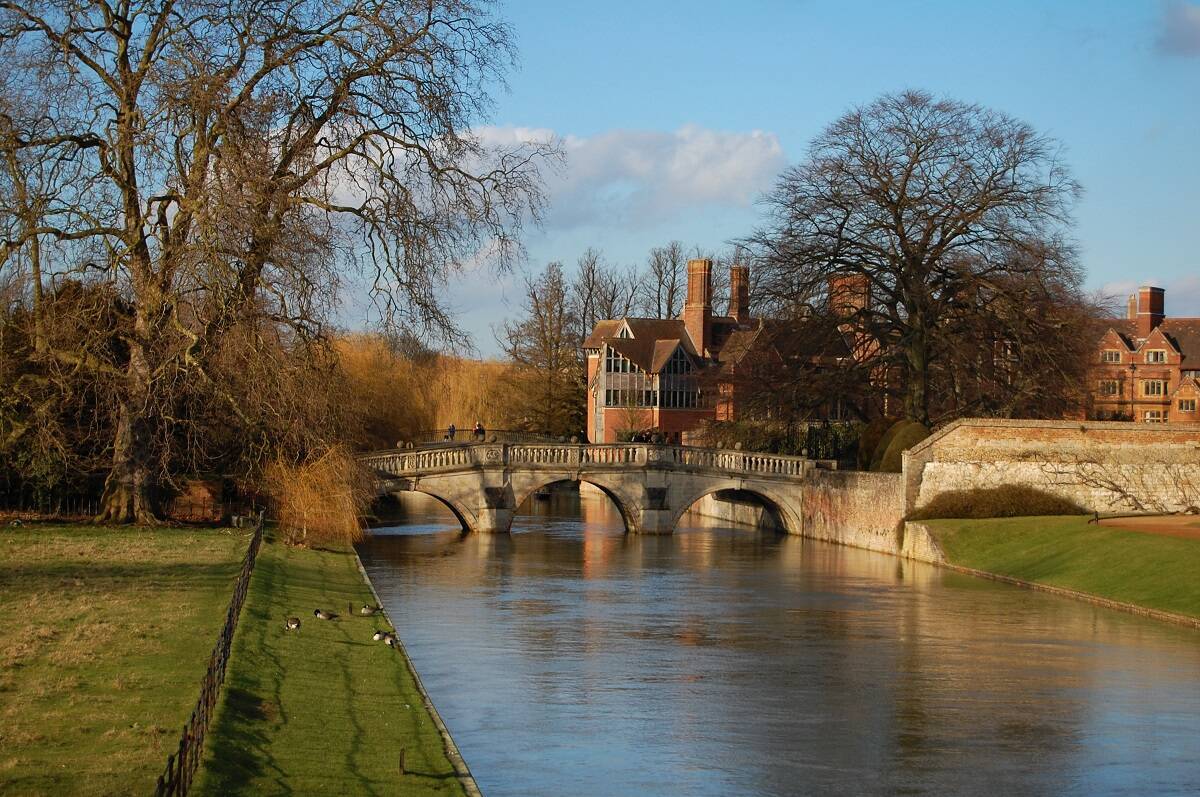 Head for Oxford to see the stunning architecture of Christ Church College. The impressive Great Hall contains brass andirons by the fireplace, shaped like two ladies with long necks, believed to be the probable inspiration for the idea of Alice eating a mushroom and growing a very long neck. A careful search of the stained glass windows in the dining room reveals an image of Alice in Wonderland, wearing the iconic blue dress and the face of Alice Liddell. Some Carroll experts believe that the little door leading into the Cathedral Garden inspired Alice’s entry point into Wonderland, while a tree in the gardens has been referred as the Cheshire Cat tree. Both Alice and Carroll would have been very familiar with Christ Church Cathedral, attending services here regularly. Built in the twelfth century, it contains the shrine of St Frideswide, Oxford’s patron saint. 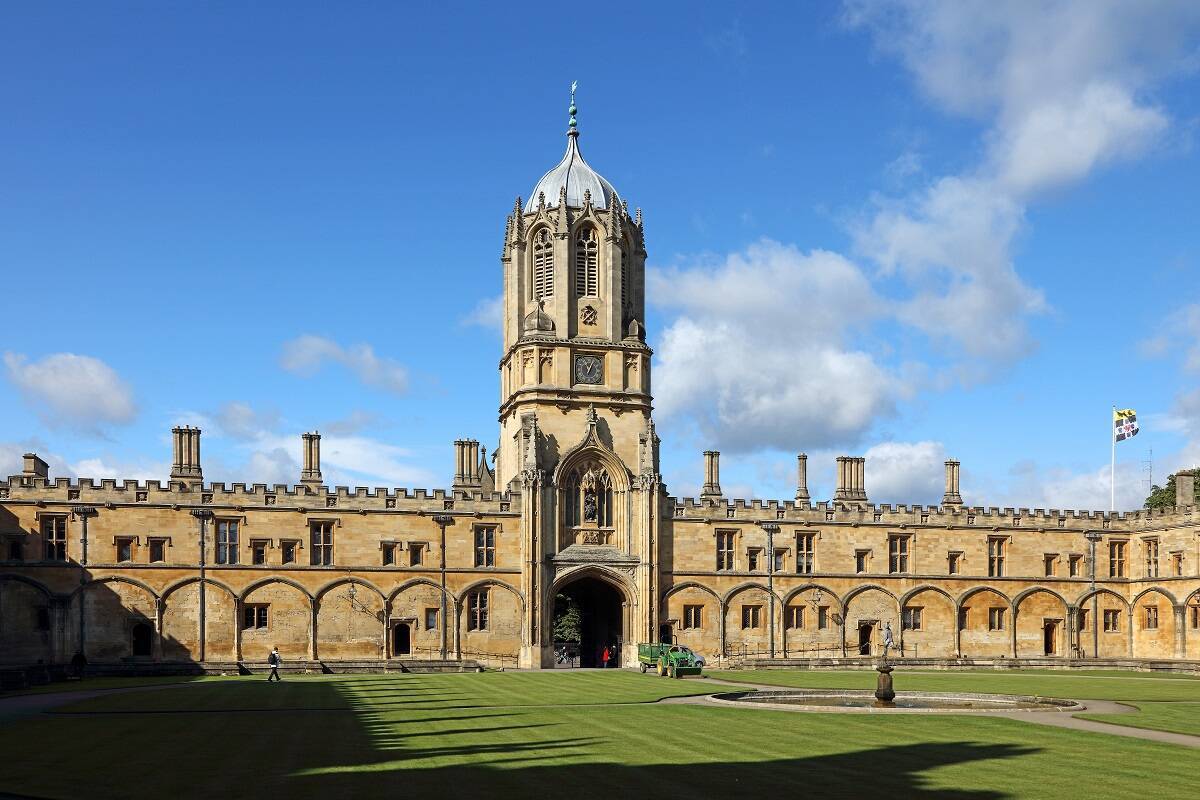 Just across the road from the College is Alice’s Shop. Now a gift shop, it used to be known as the Old Sheep shop where Alice used to go to buy sweets. Lewis described it Through the Looking Glass as being a shop ‘full of all manner of curious things’ with customers being served by a sheep. 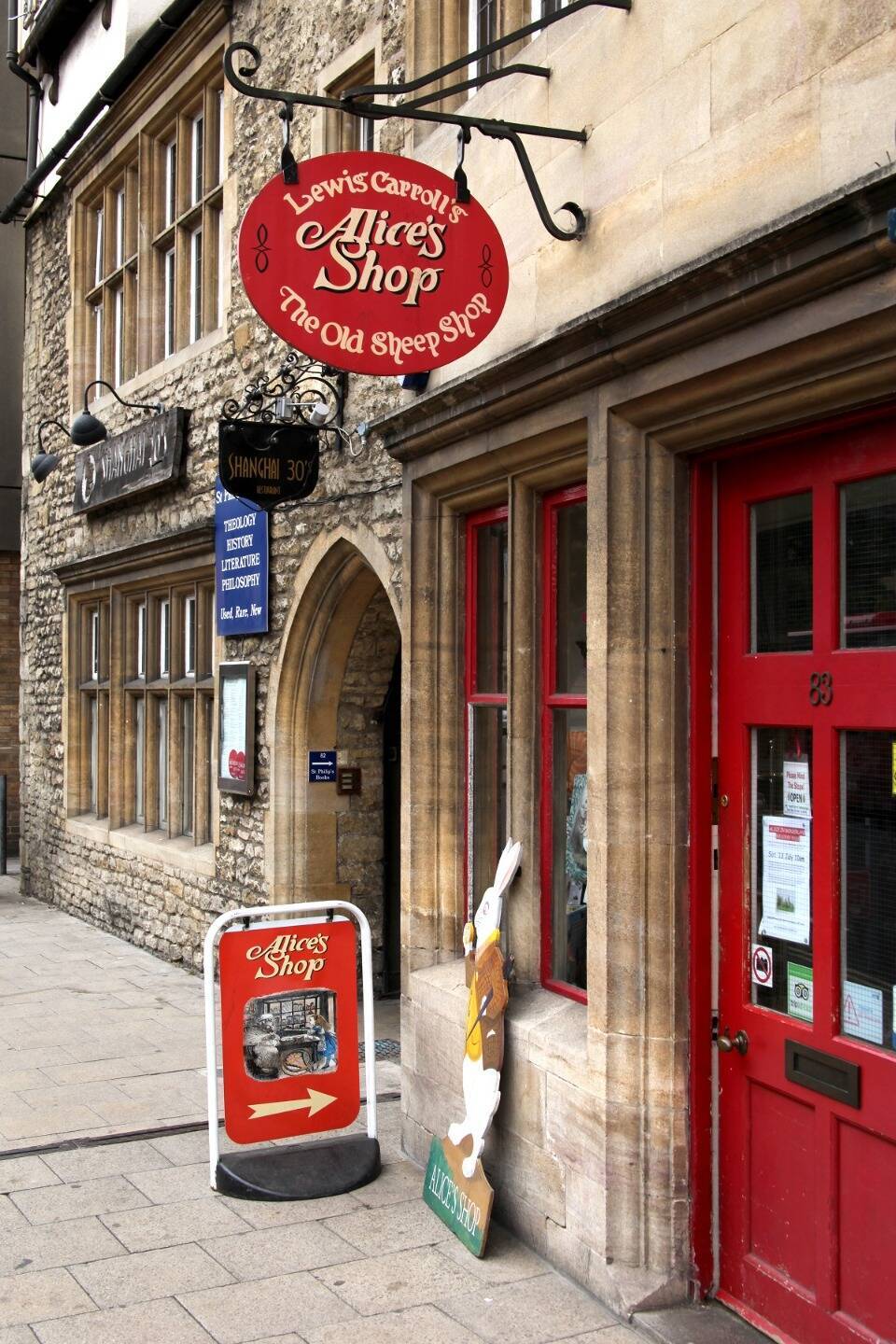 At Folly Bridge, visitors can rent a punt or rowing boat and take a trip on the river as far as Godstow just Dodgson and the Liddell sisters. It is also a great way to see the backs of some of the Colleges, which are not normally visible to the public. The nearby Village of Binsey contains St Margaret’s well provided inspiration for Alice’s treacle well.

Other places with an Alice connection in Oxford that are worth visiting include the Story Museum with its immersive galleries and the Museum of Oxford containing personal items belonging to Alice and Carroll. These include Alice’s calling card case and scissors, as well as Carroll’s pocket watch. The University of Oxford Botanic Gardens were often visited by Alice, her sisters and Carroll on their outings around Oxford, and inspired some of Tenniel’s classic drawings such as the Queen’s Croquet Ground.

Llandudno in North Wales was where Alice used to go on holiday. Lewis Carroll also took a trip there, staying in the St George’s Hotel while he wrote part of his famous story. Alice herself stayed at her family’s holiday home, Penmorfa, on the west shore. There is a White Rabbit statue near the beach she knew so well, as well as the dramatic Great Orme with its Old Custs Path offering spectacular views of Snowdonia. Visitors can follow an Alice trail around the town discovering all kinds of sculpted characters. The Mad Hatter stares out across the Promenade, while the troublesome Tweedledum and Tweedledee are in the Hulfre Gardens. Elsewhere is a fearsome Queen of Hearts to be discovered, Playing Cards, a Cheshire Cat and many other characters as well as having the opportunity to sit in the giant chairs of the King & Queen of Hearts. 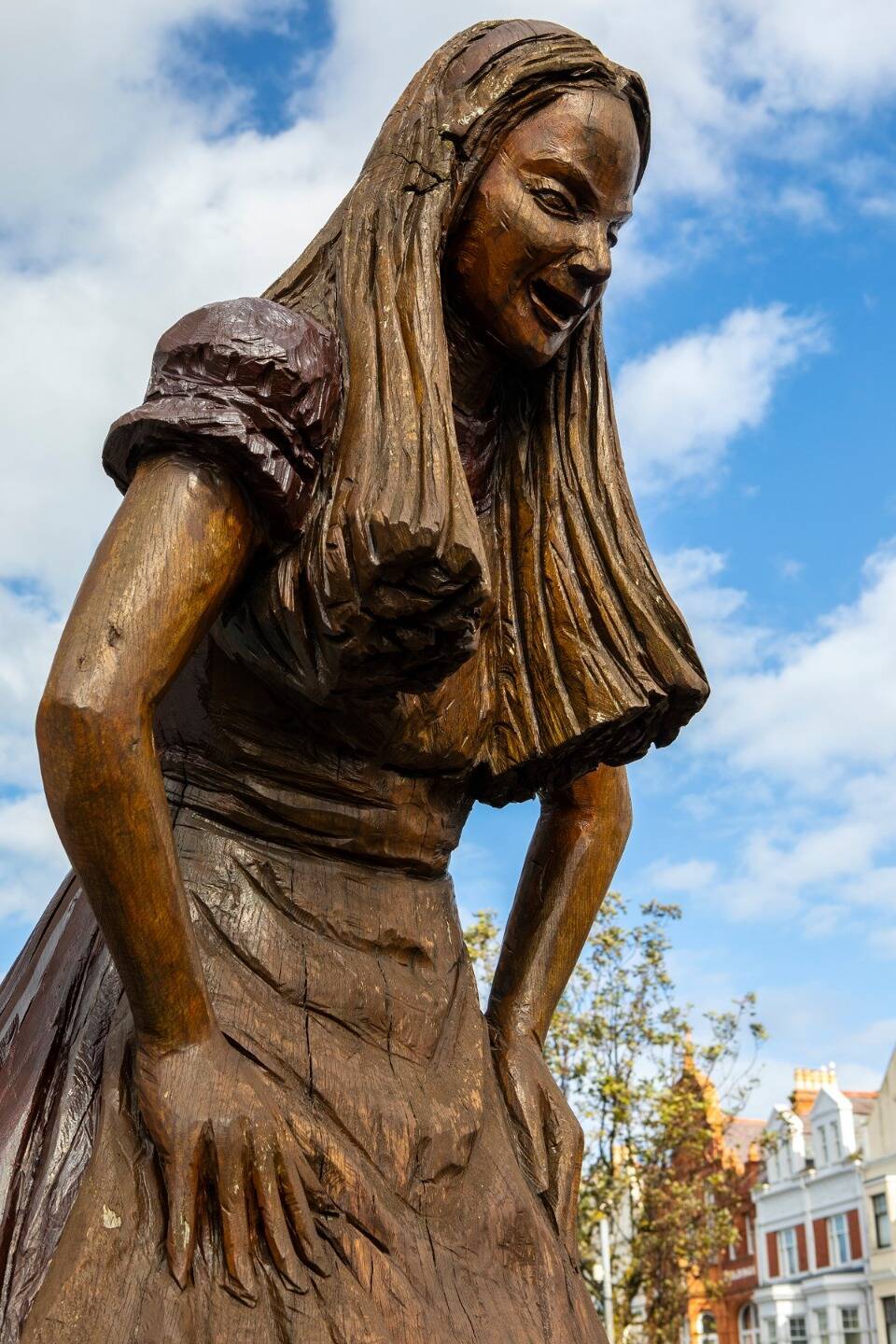 Alice: Curiouser and Curiouser is a new exhibition opening at the V&A, London in March 2021. It is set to be a spectacular experience containing stunning costumes, Alice memorabilia, the original Dodo, Shrink Me Experiences, a walk through the Pool of Tears and a virtual experience in the Queen of Heart’s garden complete with flamingos, croquet and playing cards. A pier across the Pool of Tears suddenly turns into the caterpillar, and on view are drawings by Salvador Dali, Vivienne Westwood Alice inspired costumes as well as the dramatic Red Queen costume devised for the Royal Ballet production. Alice: Curiouser and Curiouser is set to be an immersive, theatrical event spanning the story’s origins, illustration, film, theatre and the world. Booking is essential, and visitors can prepare for the event by exploring the online activities that are already available offering a sneak peak into what is set to be an enthralling exhibition. 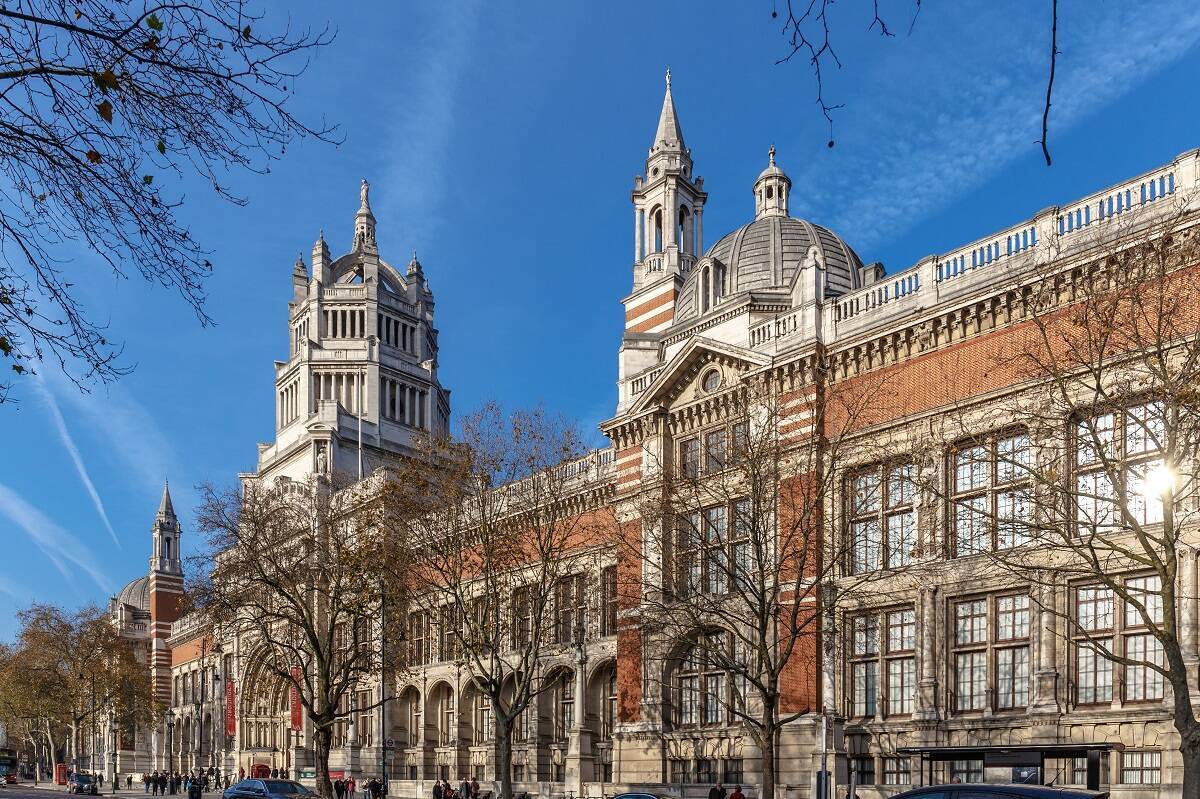