5 of the best vegan pizza places in NYC

5 of the best vegan pizza places in NYC

Pizza may be the genius of Italy, but New York City is the unofficial capital of the hot and cheesy slice. Travelling pizza lovers would be hard-pressed to visit the metropolis without hunting down classic, New York-style pies. Thankfully the city hasn’t forgotten about those who’ve gone vegan. In a place where one may find dishes from just about any cuisine in the world, vegan pizza has been met with mastery. From Brooklyn to Manhattan, five pizza places stand out from the pack...

A Brooklyn vegan dream, Screamer’s Pizzeria started with its first location, a teeny-tiny yet uber-popular restaurant in Brooklyn’s Greenpoint neighbourhood, before opening a second location in 2019 in the borough’s Crown Heights neighbourhood. Both are currently open for pickup and delivery. Screamer’s Pizzeria whips up delicious slices and pies (ahem, jackfruit pizza) delivered in the format one would expect from traditional New York City pizzerias: satisfying, triangular slices of goodness - not too thick, not too thin and with just the right amount of oil. Vegans and non-vegans alike are impressed by cheese that tastes suspiciously authentic. Diners with soy or nut allergies rejoice; Screamer’s Pizzeria’s primary vegan cheese is made from a crowd-pleasing concoction of tapioca, potato and coconut oil (coconut oil and soy-based cheese is available for certain pies). The hip pizza place takes its name from the sound oyster mushrooms make when they’re being cooked- and the restaurant’s namesake Screamer Pizza features vegan white cheese, oyster mushrooms, cremini mushrooms, almond Parmesan, parsley flakes and garlic oil.

Another Greenpoint, Brooklyn sensation, Paulie Gee’s is uniquely a dine-in only establishment. The restaurant attributed the decision to the fact that their pies are best enjoyed directly out of the oven. Paulie Gee’s fires up inventive wood-fired oven pizzas with both vegan options and an extensive list of non-vegan options, perfect for vegan diners visiting with meat-eater or lacto-ovo vegetarian family and friends. Although they are not serving salads or soups while pandemic restrictions remain in place, when they return they will include a few vegan and vegetarian options. 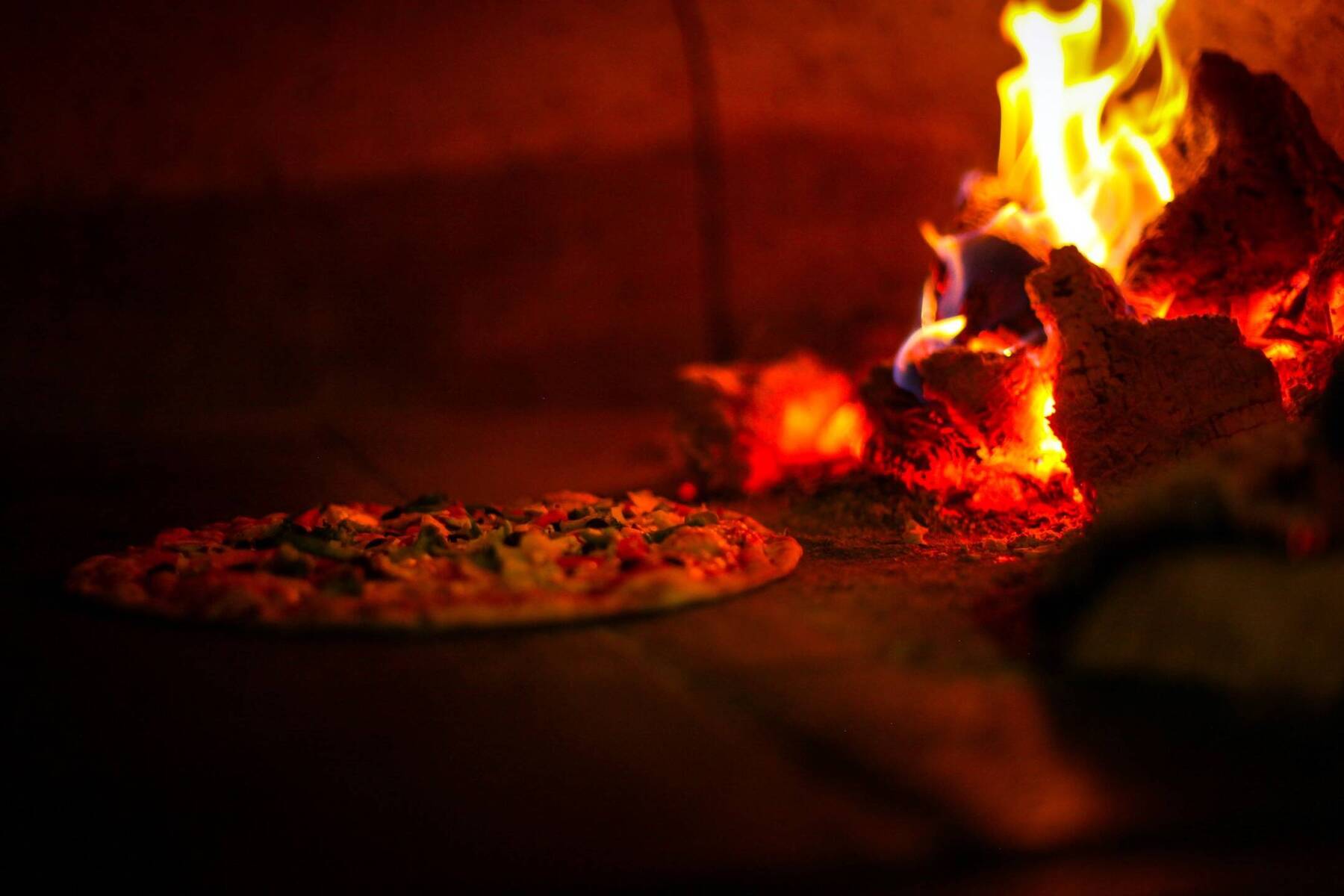 Over in Manhattan, pizza lovers nosh at the tiny, blink-and-you’ll-miss-it Artistic Pizza. The pizza place may be small, but the menu options seem to run on forever, with just the vegan pizzas amounting to 14 different pies, many including Violife vegan cheese- a gluten and soy-free product featuring coconut oil as its main ingredient. A sampling of the vegan pizza offerings range from the classic Vegan Margherita and Vegan Cheese pies to Violife Vegan Cheese & Field Roast Vegan Sausages Pizza and Cauliflower Gluten Free & Vegan Pizza. Artistic Pizza is open until the wee hours of the night; pick up a meal or order delivery until 1 am every night.

Scarr’s Pizza, located at the convergence of the Lower East Side and Chinatown, is the place for retro vibes (barstools, booths and a takeout counter), a cool crowd and incredible pizza - although options have temporarily been scaled down to delivery and pickup until pandemic conditions allow for safe indoor dining. Scarr’s uses all-natural ingredients to serve up both traditional and vegan slices and pizzas- even a vegan caesar salad with a cashew-based dressing. The crust is light, with diners leaving in comfortable satiety thanks to 100% stone-milled flour, flour the restaurant’s owner, Scarr Pimentel, mills daily in the restaurant’s basement. The tightly-edited menu includes a selection of organic wines and nostalgic glass bottles of Mexican Coca-Cola. 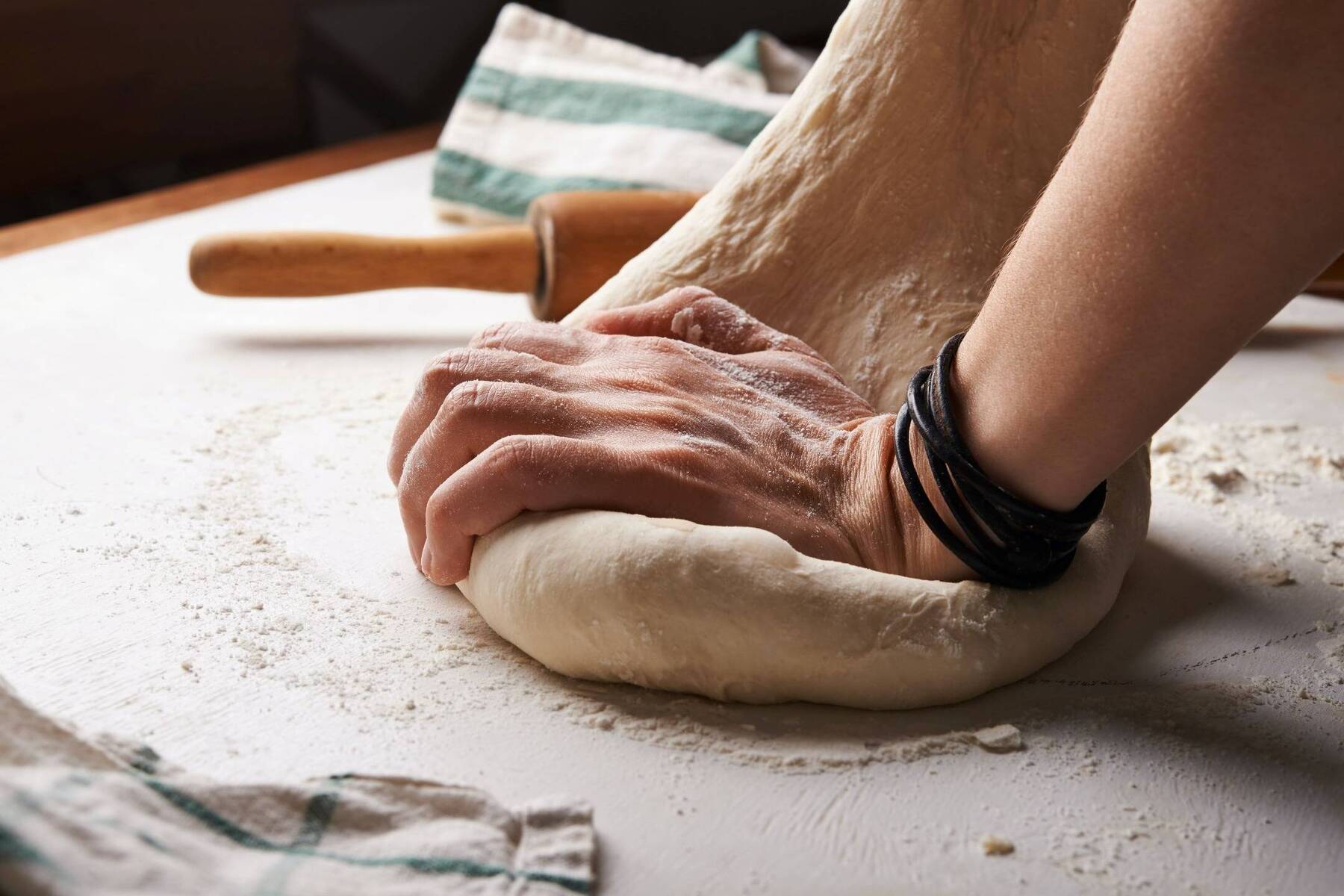 Chanoa is a freelance writer and strategist for luxury, retail, fashion and tech companies. An avid traveller, Tarle hails from New York, grew up in Miami and lived in the Balkans (first Serbia, then Montenegro) for nearly seven years, where she learned to speak Serbo-Croat with fluency. She currently lives in Los Angeles and counts Neiman Marcus, Wealth-X, CAA Brand Studio and NuORDER among her clientele.