If you think you can only discover magnificent palaces in Europe, think again. Cairo offers several beautiful palaces ranging in style from medieval Islamic, Ottoman Baroque to Hindu-inspired and French Rococo. Visiting the famous pyramids is one thing, but if you appreciate architecture, history and art, and you’d like to see something different during your stay in Egypt, make some time in your travel schedule for these splendid buildings.

Located in the bustling neighbourhood of Zamalek on an island in the middle of the Nile, Cairo Marriott offers some of the most beautiful views of Cairo.

This palace was built in neoclassical style by Khedive Ismail over 150 years ago in 1869. It was used as a guest palace to welcome royalty from all over the world for the inauguration festivities of the Suez Canal. In this very palace the wife of Napoleon III, Empress Eugenie, was housed, and Khedive Ismail’s son celebrated his wedding here, which lasted an unassuming 40 days. The palace became part of the Marriott brand during the 1970s.

If you decide to stay at the Cairo Marriott, you can still admire many pieces of the original furniture and artwork throughout the lounges and reception rooms. You’ll reside in one of the luxurious rooms of the hotel with all the modern amenities you need like WIFI and a 24-hour room service. Lush gardens, an outdoor pool, a spa, and a casino as well as high-end cuisine will have you feel like true royalty. 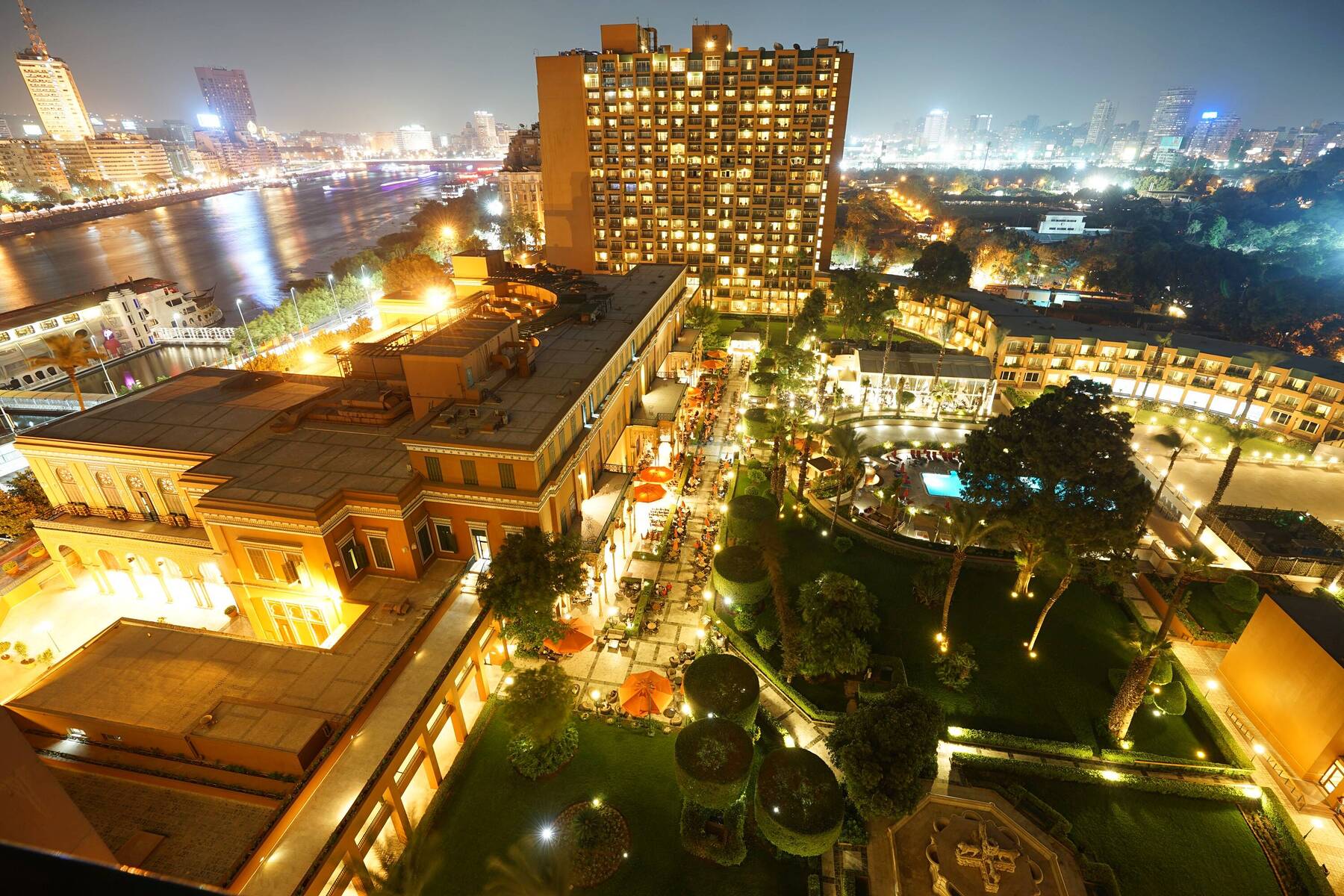 French architect Alexandre Marcel was inspired by Angkor Wat in Cambodia and the Hindu temples of South India when he built this palace. The palace is located in Heliopolis in the eastern part of Cairo and was erected as a personal residence for Baron Édouard Empain from Belgium.

Founded between 1907 and 1911, this palace truly sticks out from the rest of the architecture in Cairo or the whole of Egypt. Baron Palace, as it’s called by locals, is used as a museum today. It showcases the heritage and history of Heliopolis and the life of Baron Empain. Strolling through the garden of the museum, you can discover a tram car from the famous Heliopolis tram. The museum is open between 9am and 4pm. 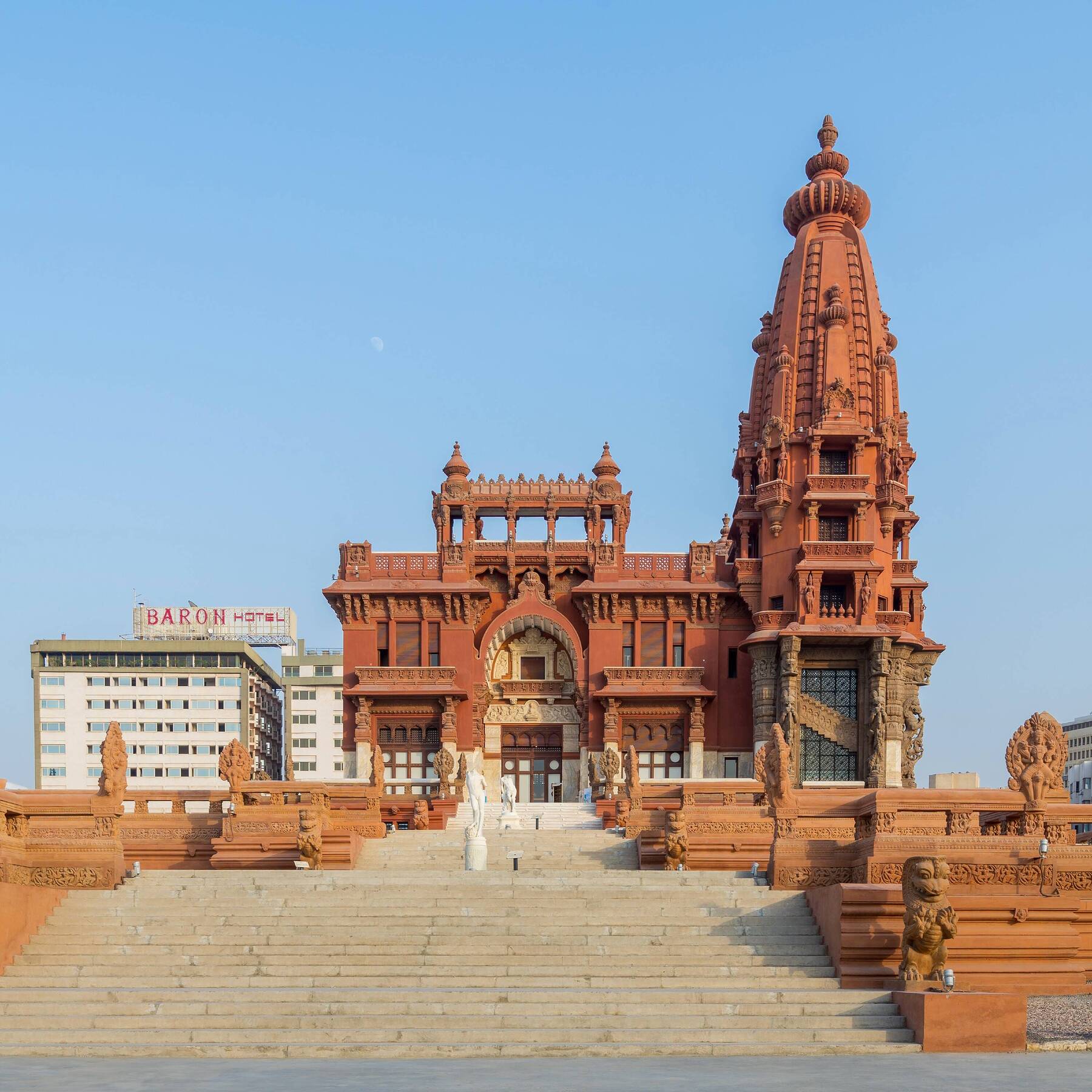 Hassan Fouad Pasha El-Manasterly, a governor of Egypt, built this Ottoman Baroque palace in 1851 on the Nile island of Al Rawda in the neighbourhood of Manial. This one-storey palace is decorated with beautiful Ottoman Rococo elements and has been turned into an arts centre. It’s the perfect setting to get to know some of the local artists and feel like a royal during your stay in Cairo.

Discover the magic of this place walking through the colourful gardens along the Nile soaking in the scene (and taking photos) from all angles. On the grounds of the palace, you can also find a Nilometer, which was built in 1861 to measure the water level of the Nile during floods. The museum is open between 9am and 4pm. 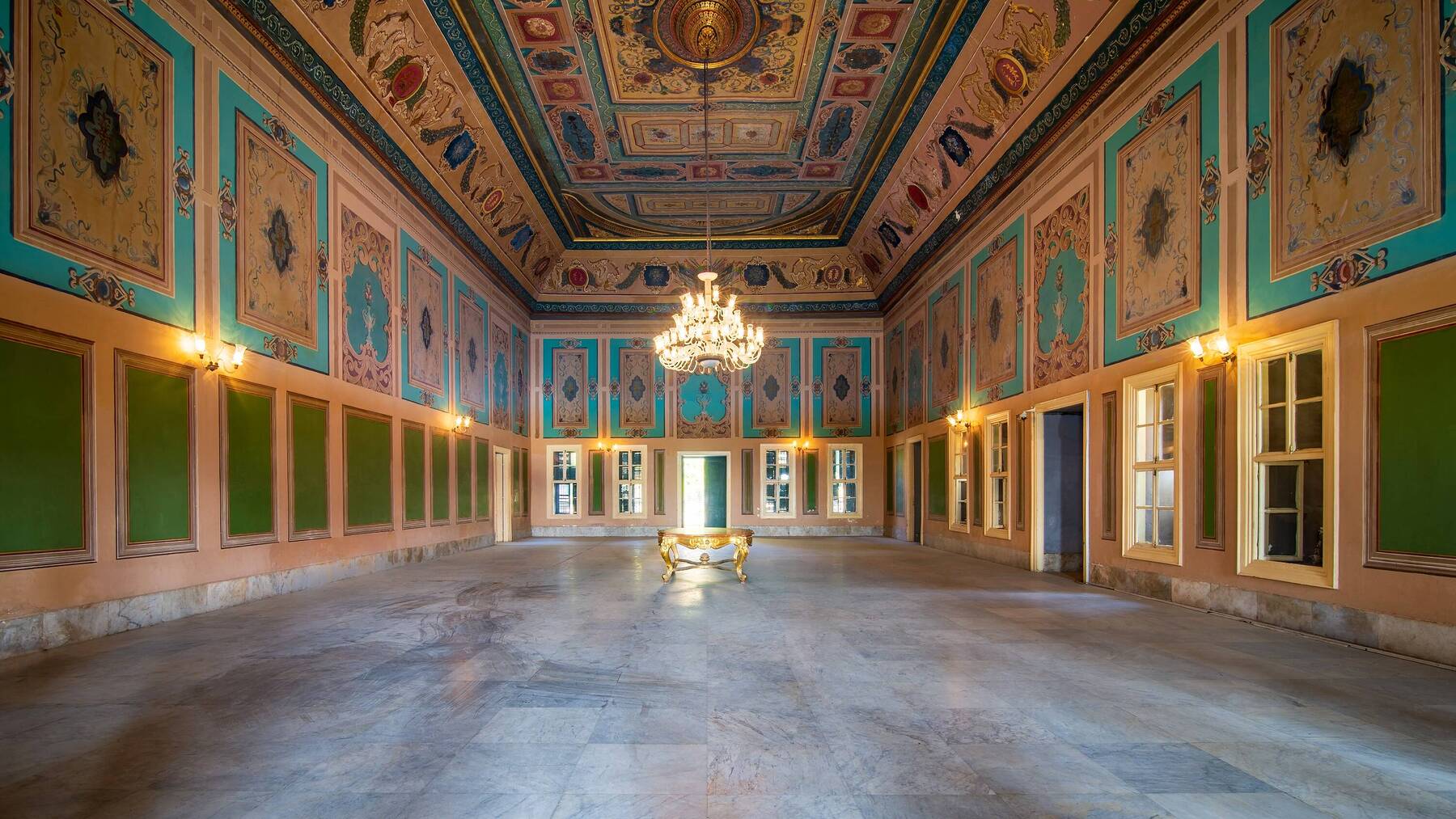 The dazzling architecture of Manial Palace or Mohamed Ali Palace is a mix of Persian, Moorish, and Ottoman, while the interior design shines in European Art Nouveau and Rococo. Manial Palace was built by Prince Mohamed Ali Tawfik in 1875, a first cousin of King Farouk, and was completed in 1929.

The palace houses a wide collection of clothing, art, furniture, silver and medieval manuscripts that belonged to the prince. The historical gardens and the palace itself, as well as the hunting lodge that belonged to King Farouk, all form part of a public museum now that shines a light on an important period in the history of modern Egypt.

The incredible tilework at the entrance of the mosque was created by a ceramicist from Armenia and offers great photo opportunities, just like the rest of the palace. Other areas not to be missed are the splendid throne hall and the clock tower. The museum is open between 9am and 4pm. 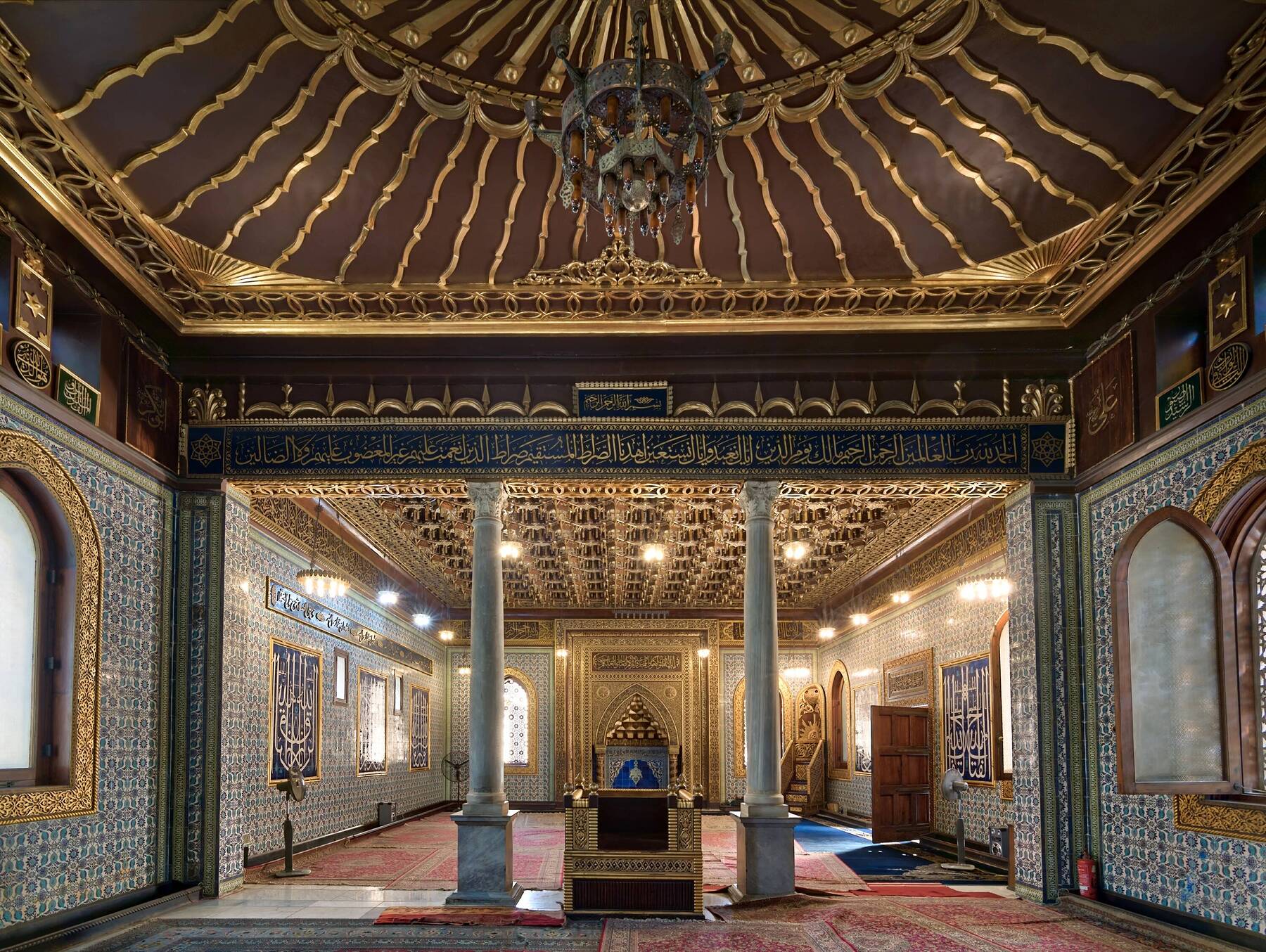