The Best Places to See Opera Around the World

The Best Places to See Opera Around the World

From Tosca and Aida to Carmen and Madam Butterfly, the world of opera has captured our imaginations for centuries. The costumes, music, stage designs and drama attracts fans from all over the globe, but where are the best places to see opera around the world? Here is our guide to some of the most iconic opera houses, old and new.

The Grand Dame of opera, Milan’s Teatro alla Scala opened to much fanfare in August 1778. The first performance to be held in the theatre was ‘Europa riconosciuta’ – ‘Europe revealed’ - a story of love, violence and politics set in Phoenicia, written by Antonio Salieri. Opening night was such a success that all the great opera composers wished to premiere their works in La Scala, from Rossini and Verdi to Bellini and Puccini.

Premieres were often daunting for writers, composers and performers. Above the boxes, a gallery called the loggione was where less wealthy fans could watch the performances. Usually crowded, the people were often critical and contributed greatly to the success or failure of the opera. Fortunately, they must have enjoyed Nabucco, Madam Butterfly and Turandot which premiered here and are still popular to this day! 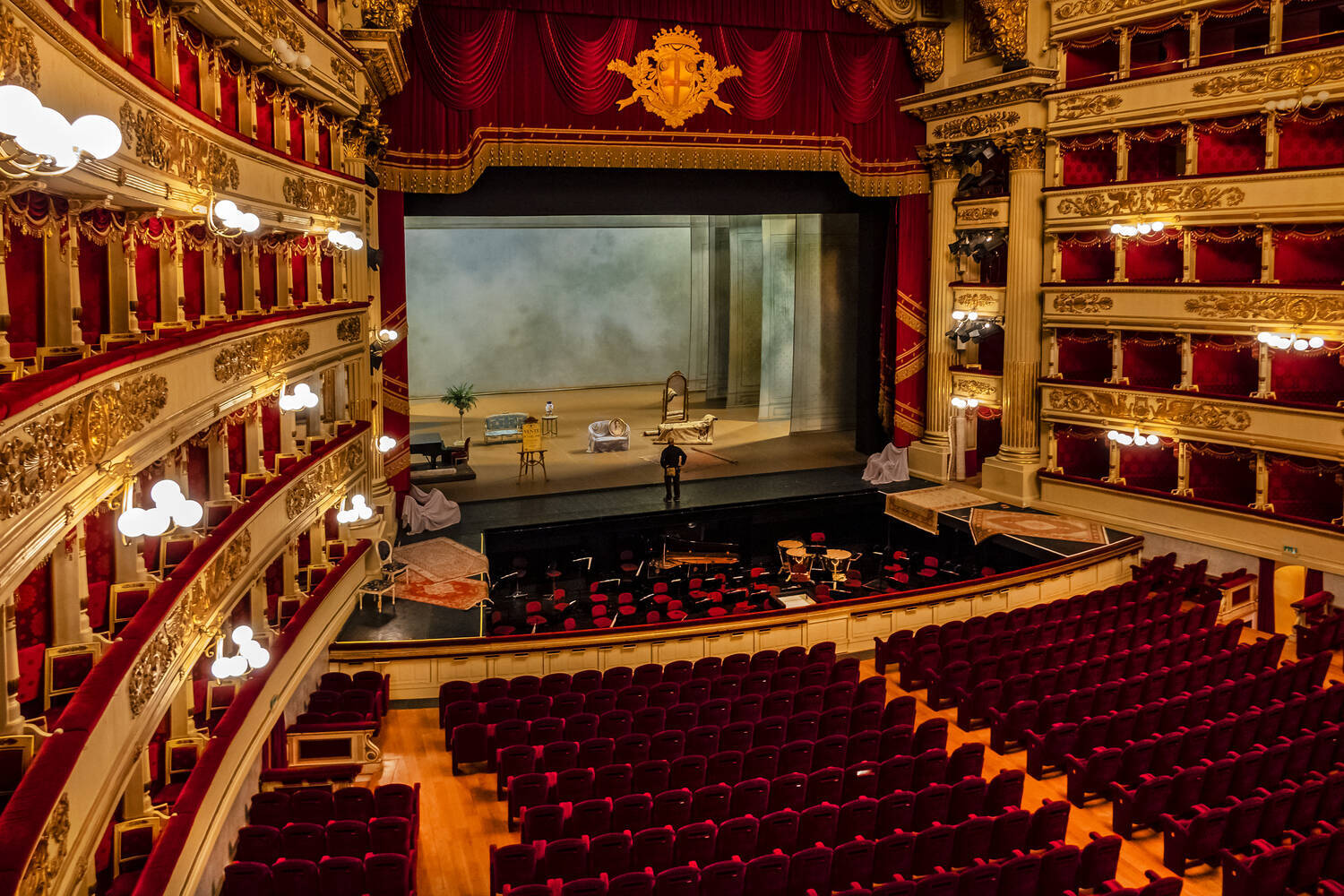 Sydney Opera House in Australia is one of the most recognisable performing arts centres in the world. It was designed by Jørn Utzon of Denmark and inspired by nature. Work on the great structure began in 1959 and took 10,000 construction workers 14 years to complete. The opera house was unlike any other at the time, forward-thinking and innovative, even installing systems which cooled the structure by using water from the harbour. Cold water was circulated through pipes which powered the heating and air conditioning. The purpose was to ensure the interior was always at the optimal temperature so that instruments stayed in tune during performances. 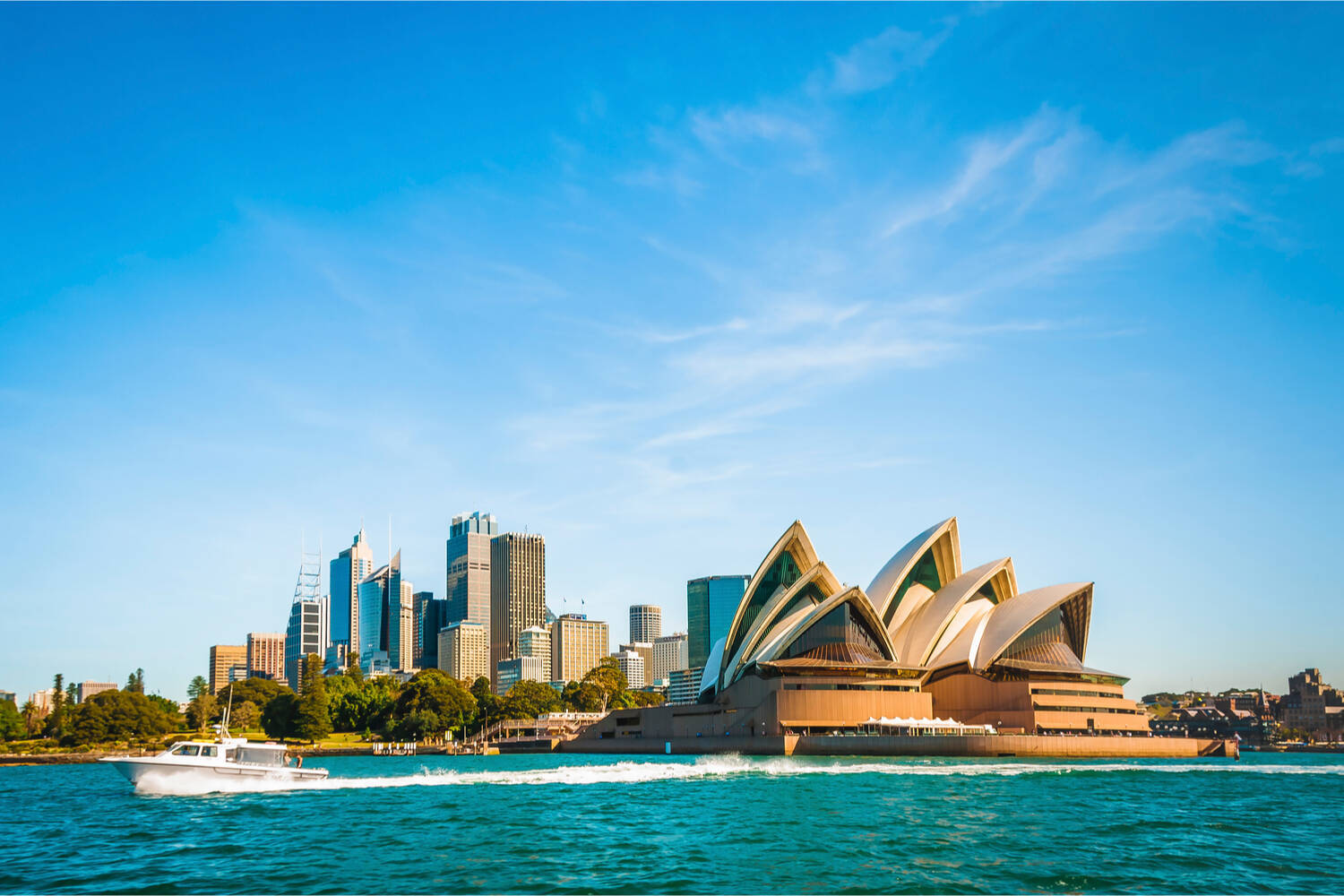 The Royal Albert Hall of Arts and Sciences was opened in London in 1871. It was originally used for trade exhibitions showcasing everything from medical wares to electric lights and food and drink. It also doubled as a concert hall where the Royal Choral Society performed, and on 23rd June 1873 in the presence of the Shah of Persia, the first electric lighting was used to highlight the stage.

It’s hard to believe that even back in March 1891, a sci-fi convention was held here, and the Royal Albert Hall was transformed to resemble a huge galactic city! Today, it’s the home of the BBC Proms and plays host to all genres of music concerts and charity events, attracting visitors from all over the world. You can book tickets for a concert or take a guided tour of the Royal Albert Hall and glimpse the stage where everyone from Einstein to Churchill and Coldplay to Beyoncé have stood throughout its history. 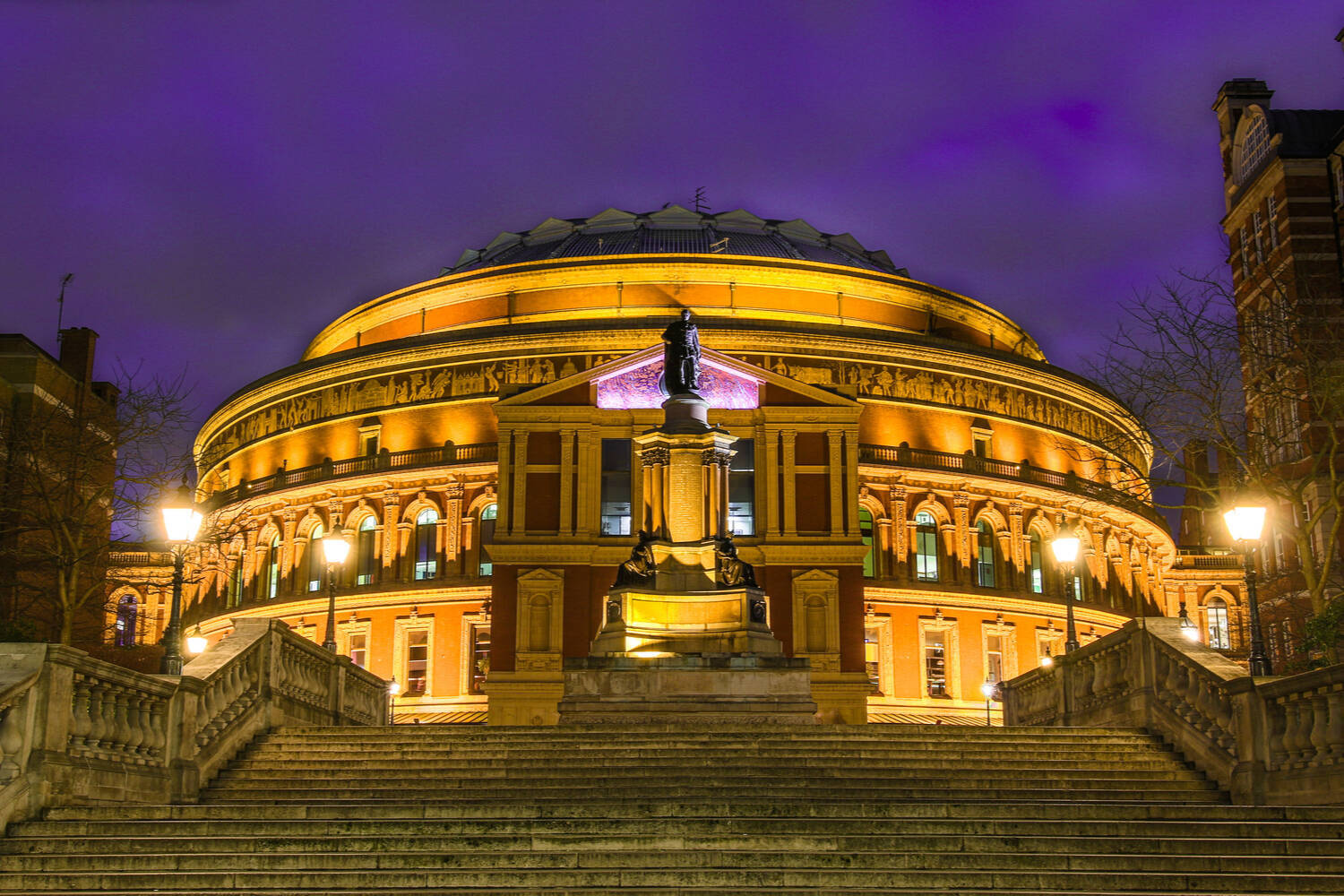 The Royal Opera House in Muscat, Oman rivals some of the world’s most iconic opera venues. It opened in 2011 with an impressive first season, hosting performances by Andrea Bocelli, Plácido Domingo and Renée Fleming. The interior of the opera house is that of a grand old-world theatre, yet the exterior gleams beneath the sunlight - a modern whitewashed structure surrounded by sculpted gardens and floral displays.

As the most prominent arts venue in the Middle East, it hosts a variety of operatic concerts, ballet recitals, Arabic and world music performances. It’s not just about the concerts either, this state-of-the-art venue is also home to a cultural marketplace with retail outlets and fine dining restaurants! 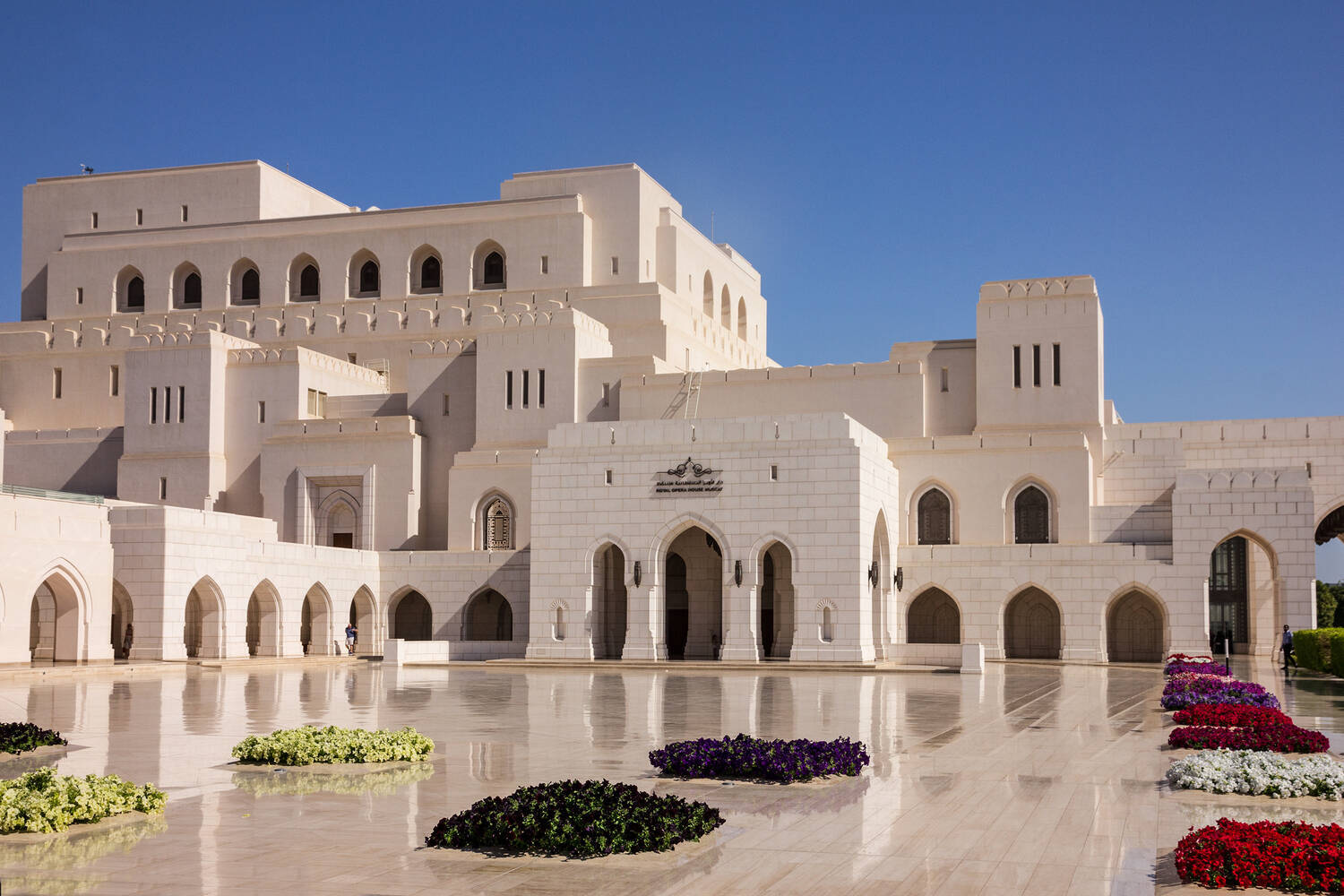 For some of us, the magic of opera can only be experienced fully outdoors, and there’s no better place in the world to see an alfresco performance than Arena di Verona in northern Italy. Dating back to the 1st century, the structure was first used to host ‘ludi’ – ancient public shows and games which Romans would venture to from miles around. Today, you can see a different type of show as throughout the summer months, this well-preserved, open-air amphitheatre showcases some of the finest set designs and operatic performances in the world.

As the Verona amphitheatre illuminates on a warm summer night, the audience silent awaiting the first note, the set becomes clearer and pyramids and obelisks appear on stage for Aida or ancient Babylon is brought to life for Nabucco. As you immerse yourself in lilting melodies and complex storylines, you wonder what the city was like in Roman times and lose yourself in this enchanting experience. 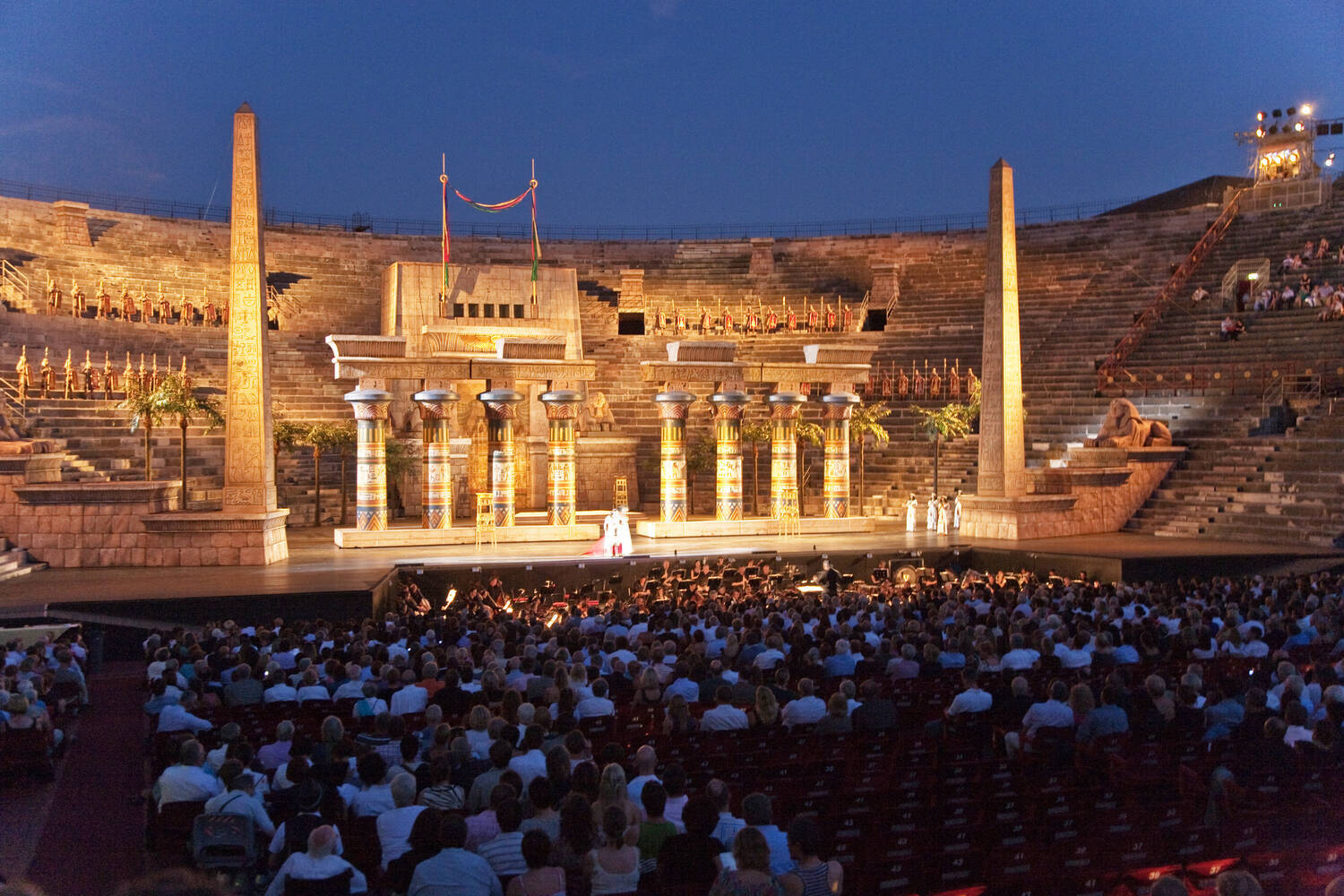 Verdi Opera in the arena of Verona, Italy

One of the newest performance centres in the world, Xiqu Centre was inspired by the shape of Chinese lanterns. Nestled in West Kowloon, Hong Kong, this structural masterpiece blends traditional and modern to create an iconic music and arts centre in the city.

The eight-storey building houses a Grand Theatre, professional studios and a seminar hall for functions and exhibitions. In addition to operatic and musical performances they hold art appreciation talks, experimental Chinese opera shows and even host a Tea House Theatre Experience. These 90-minute performances recreate the atmosphere of 20th century Hong Kong tea houses, and as an added bonus, you’re even served traditional tea and dim sum mid-show! 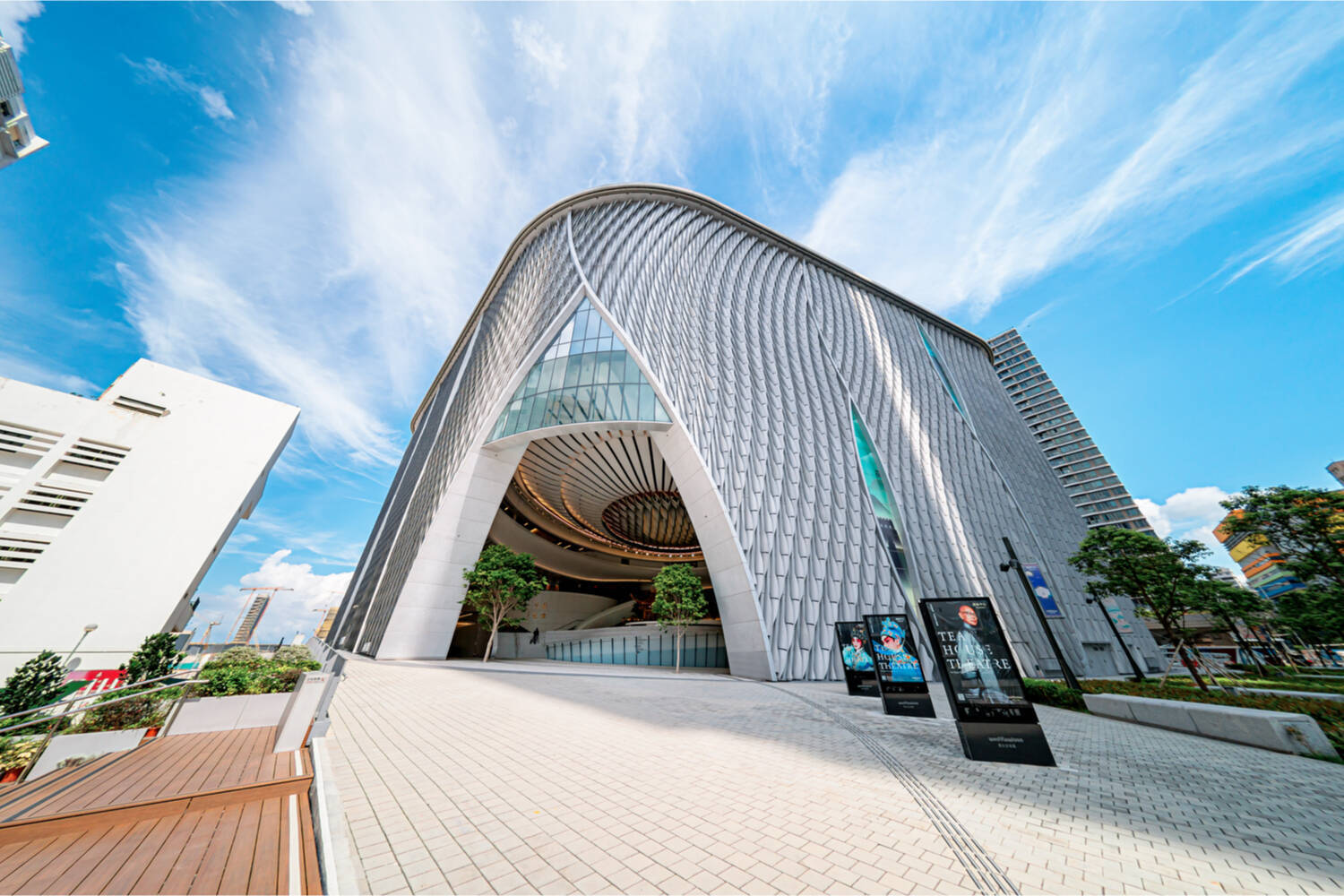 Palais Garnier or Opéra Garnier Paris was built between 1861 to 1865 on the instruction of Emperor Napoleon III. The opulent décor was representative of his eclectic style and quickly became an iconic symbol of Parisian culture. The palace is recognisable for fans of opera as it was used as the setting for Gaston Leroux’s 1910 novel ‘Phantom of the Opera’. As you enter in the present day, you’ll see exquisite statues, grand sweeping staircases, frescoes and dazzling chandeliers which wouldn’t look out of place in Versailles. The auditorium is equally as impressive, designed in a traditional Italian horseshoe with the ability to seat almost 2,000 people.

Most operatic performances are now hosted at Opéra Bastille, 20 minutes’ drive away, however ballet recitals are still held in Palais Garnier each year. Even with this in mind, it would still be remiss not to mention this iconic building as its rich heritage, national treasures and grand design renders it too important to omit. 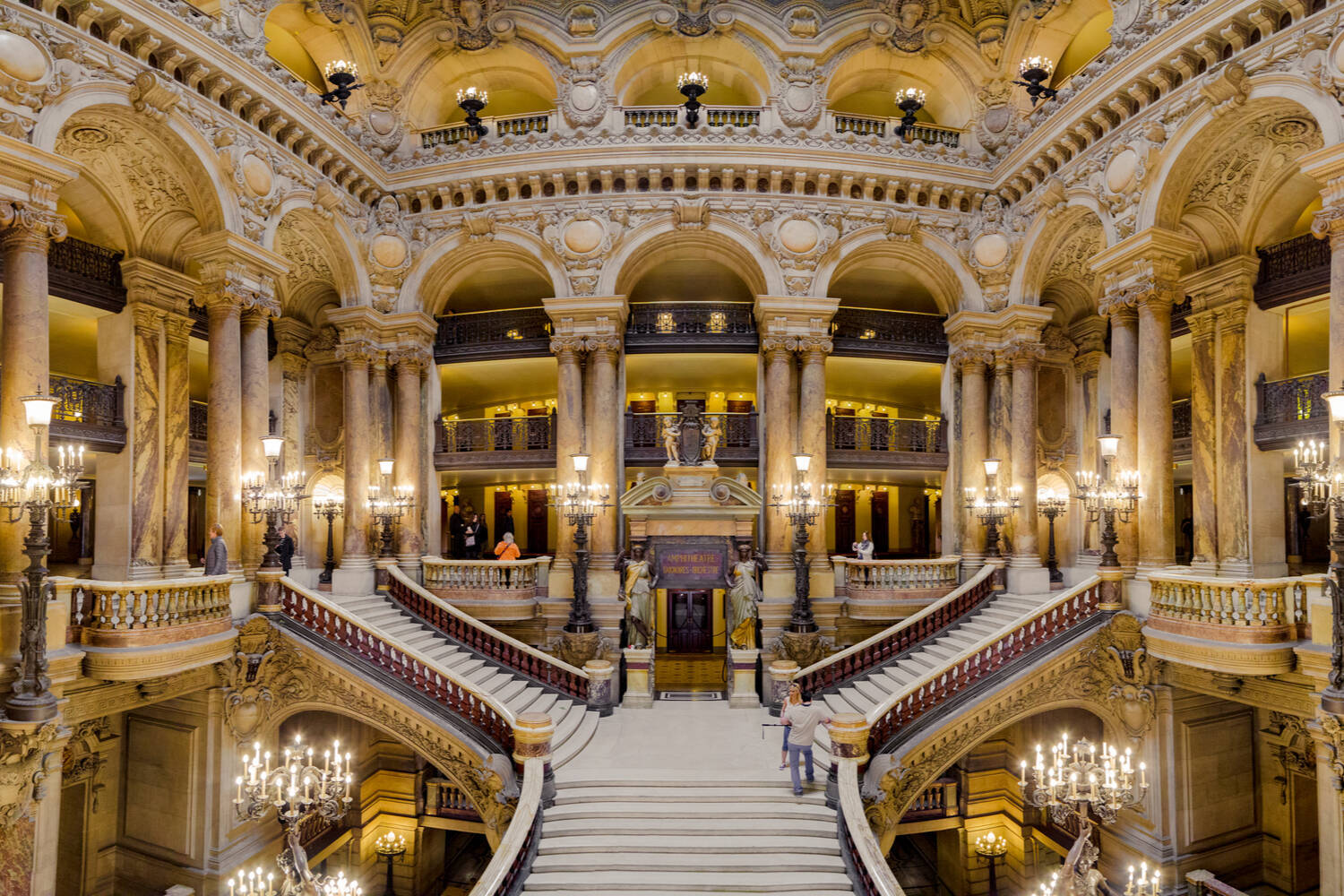