5 Futuristic Cityscapes To Inspire Your Next Trip

5 Futuristic Cityscapes To Inspire Your Next Trip

From the neon-soaked metropolises of Tokyo, Shanghai and Hong Kong, to the otherworldly hyper futurism of Dubai and Nur-Sultan — these are some of the world’s most iconic and futuristic cities.

One of the original megacities…. and the best? Perhaps. But below that expansive, jaw-dropping neon skyline lies a vast highly explorable (gigantic) city that’s full of contrast. It’s home to the world’s largest collection of Michelin-starred restaurants, as well as countless boisterous lantern-lit Yakitori stands and DIY Okonomiyaki bars; vast brightly lit arcades mingling with incense-soaked temples; super fast and efficient bullet trains speeding away from maddeningly busy inner-city streets that are so eye-poppingly colourful that one feels as though they’ve been transported from some dismal grey monotonous version of the real world into the fantastical streets of a hyper-futuristic anime.

From the crowds at iconic Shibuya Crossing and the tech-filled malls of Akihabara to the skyscrapers of Roppongi and the colourful avant-garde fashions of Harajuku, Tokyo is cosmic. 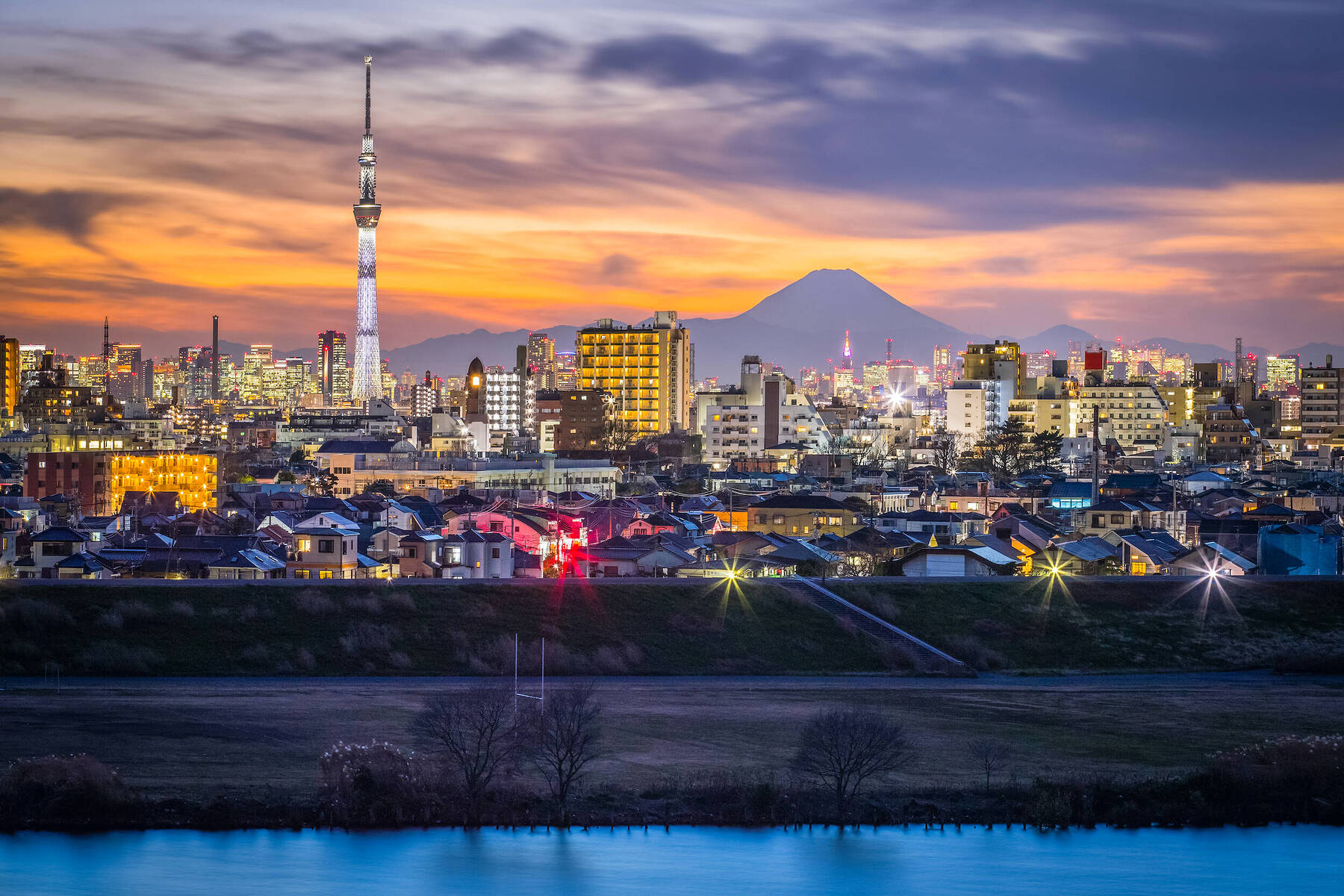 Nur-Sultan bursts from the middle of barren tundra as though it has recently grown of its own accord, and it has the pristine barely-touched aesthetic of a fictional, utopian city. Here, neo-futuristic skyscrapers radiate their own distinctive personalities, with unusually decorative shapes and colours as unexpected as gold, black, blue and green. Impossibly clean streets often feel eerily quiet and so very youthful — in terms of both the streets themselves and the denizens who are not quite filling them. And large perfectly manicured gardens, parks and boulevards provide homes to eccentric sculptures and iconic towers such as Baiterek observation tower but are as barren as the surrounding Kazakhstani landscape when those infamous -30c winters hit.

The stunning Presidential Palace, that somehow manages to embody all of the above while retaining a touch of Kazakhstan’s post-Soviet identity, is a highlight of Nur-Sultan, while Foster’s 77-metre high pyramid (The Palace of Peace and Reconciliation) at Presidential Park, with its striking stained glass top, is an impressive piece of modernist eye candy that acts as an inclusive monument to all the world’s religions. 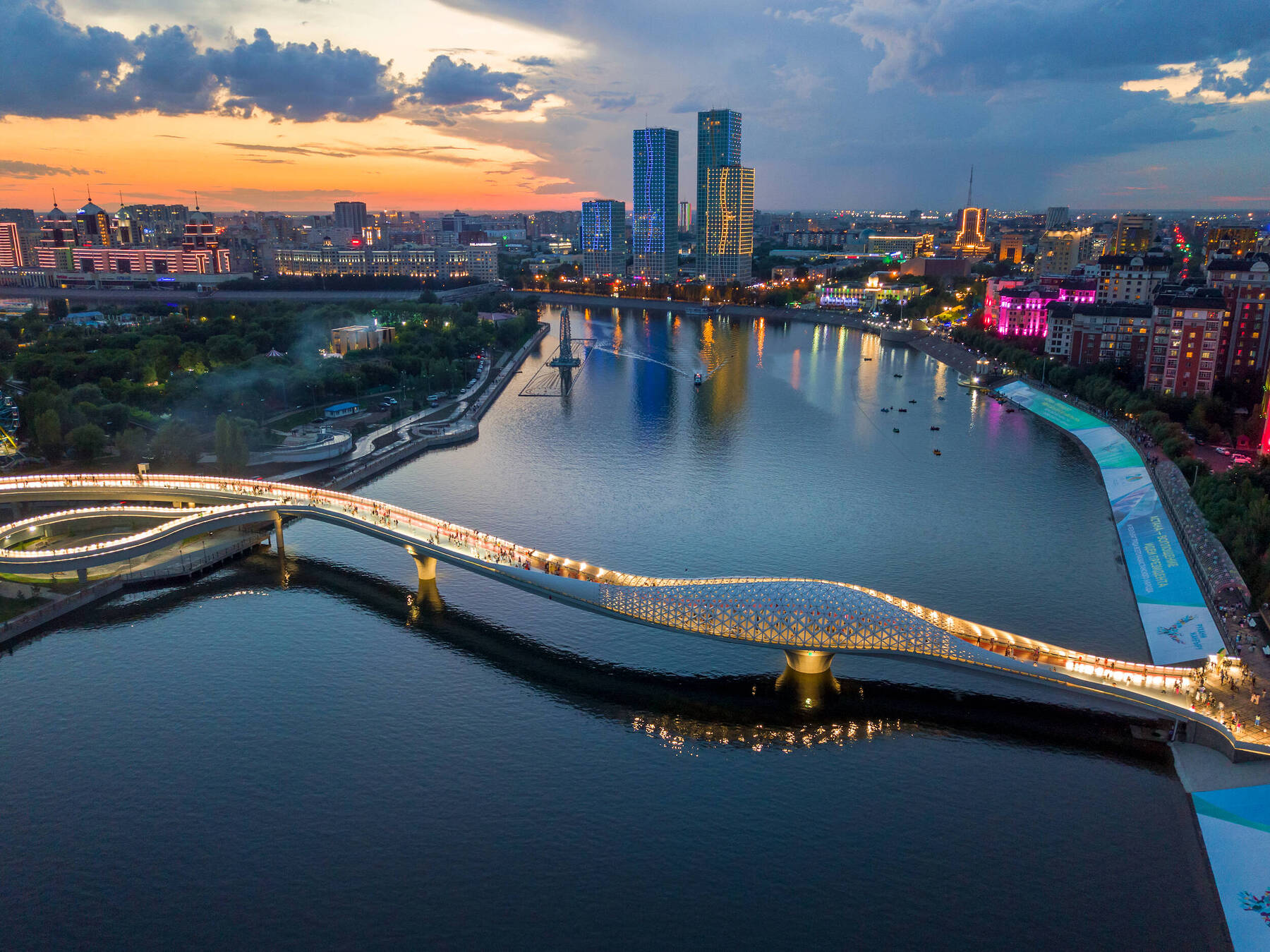 The tangle of brightly lit skyscrapers and tightly bunched towers that sweeps across Shanghai makes for one of the most impressive city views in the world. But when exploring at street level, one swiftly passes from neon-painted streets home to hundreds of clubs, restaurants and temples, to charming though sadly vanishing Shikumen buildings (a traditional Shanghainese architectural style that mixes Western elements with Chinese elements), and the arresting riverside of the Bund, filled with a stunning collection of Beaux-Arts, Romanesque Revival, Neo-classical and Art Deco architectures — all with phenomenal views of the glitzy Lujiazui financial district across the river.

Food is fabulous in Shanghai, with highlights including steamed crab, eel noodles, delicious Xiaolongbao soup dumplings, and Shanghainese moon cakes that are traditionally served only during the Mid-Autumn festival. 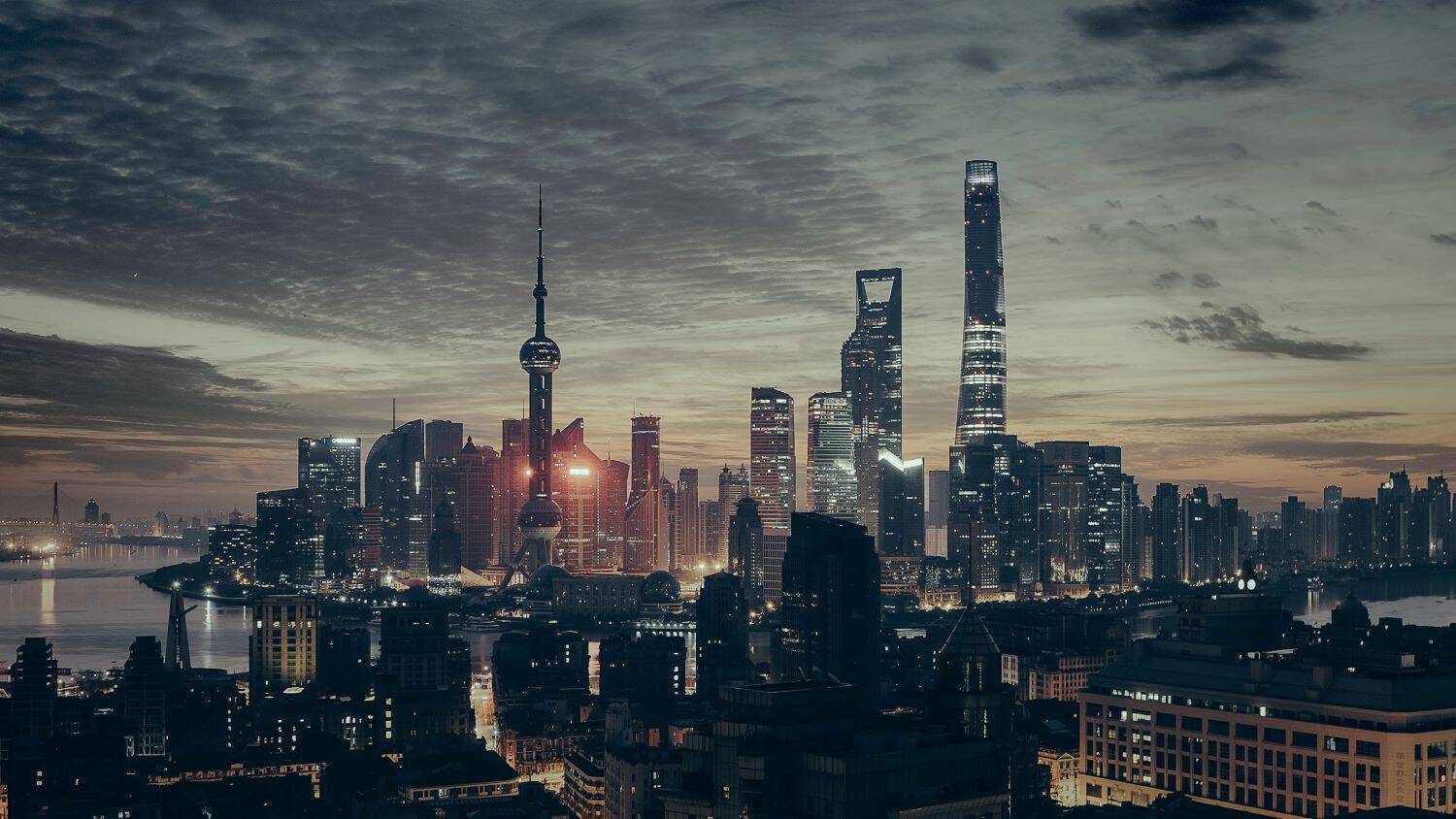 Dubai is the future brought to life. A metropolis of unwavering ambition, with an enviable ability to embrace the most forward-thinking technologies. Everything in Dubai feels as though it has been imported from the future, from those iconic man-made palm-shaped islands branching out to an impossibly blue sea and many of the world’s highest and most impressive skyscrapers piercing clouds 800 metres above the ground, to the world’s first multi-lingual robot police officer patrolling a huge theme park-like mall, and the Elon Musk designed Hyperloop that’s (eventually) set to link Dubai to Abu Dhabi, with the initial section of track planned to be operational by as early as 2020.

Much like Nur-Sultan, Dubai springs from a vast empty (desert) landscape, but the streets of Dubai are fuller, more exciting, and surprisingly eclectic, with pretty, historic neighbourhoods like Al Fahidi injecting a much-needed glimpse of tradition and heritage into a city obsessed with the cutting edge. 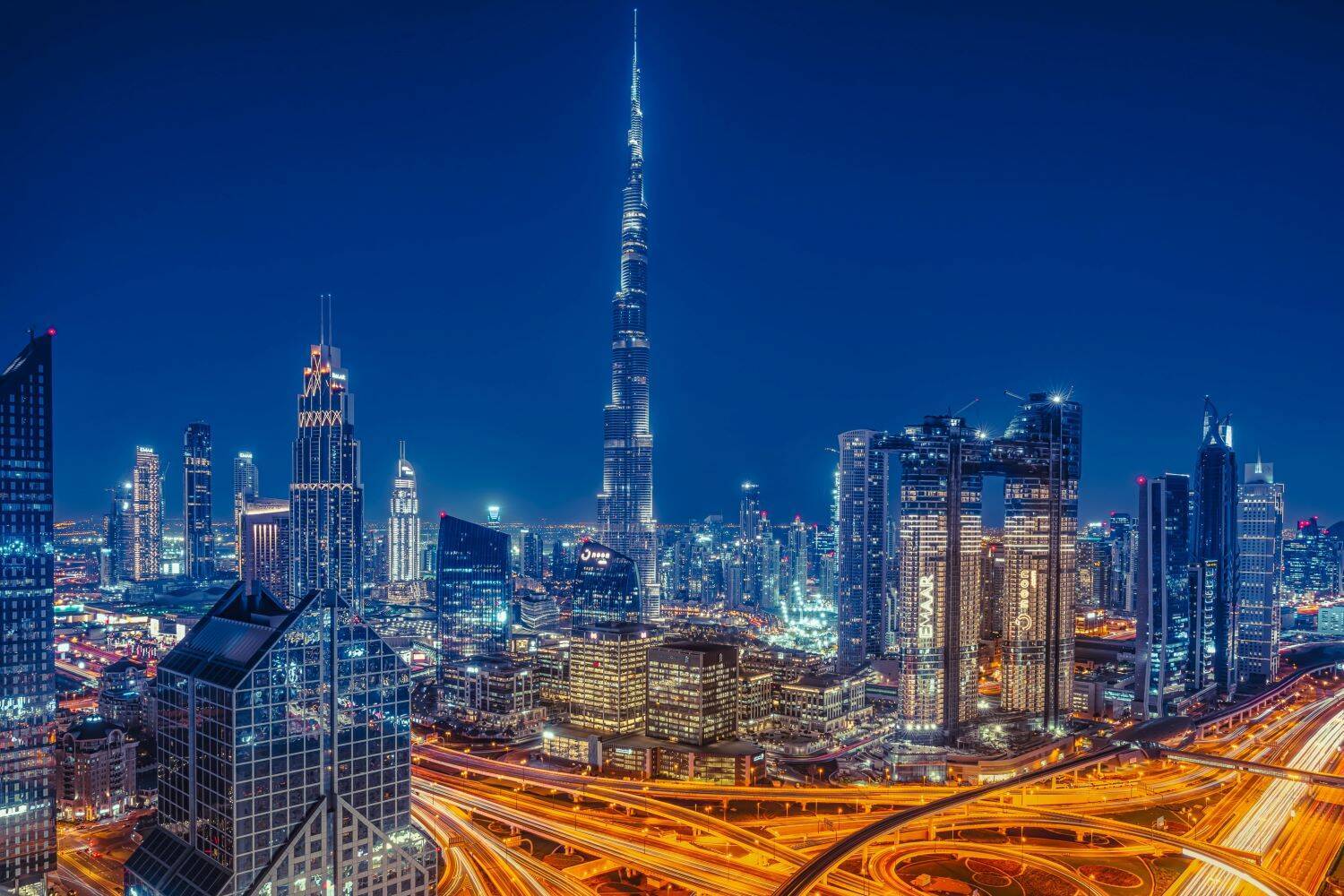 One of the most recognisable views of Hong Kong is from the 552m high viewing point at the top of Victoria Peak — reachable by a charming, historic tram. From there, the city becomes one vast kaleidoscopic patchwork of intense colour and light, form and shape. Skyscrapers reach from the ground in vibrant tones of blue, purple and white, and are reflected in the sparkling waters of Kowloon Bay, while the evening silhouettes of mountain peaks provide a dramatic blackened backdrop, that acts as a beautiful reminder, that as well having the largest amount of skyscrapers of any city in the world, most of Hong Kong is made up of hilly country parks, 263 islands and a surprisingly large collection of idyllic sandy beaches. 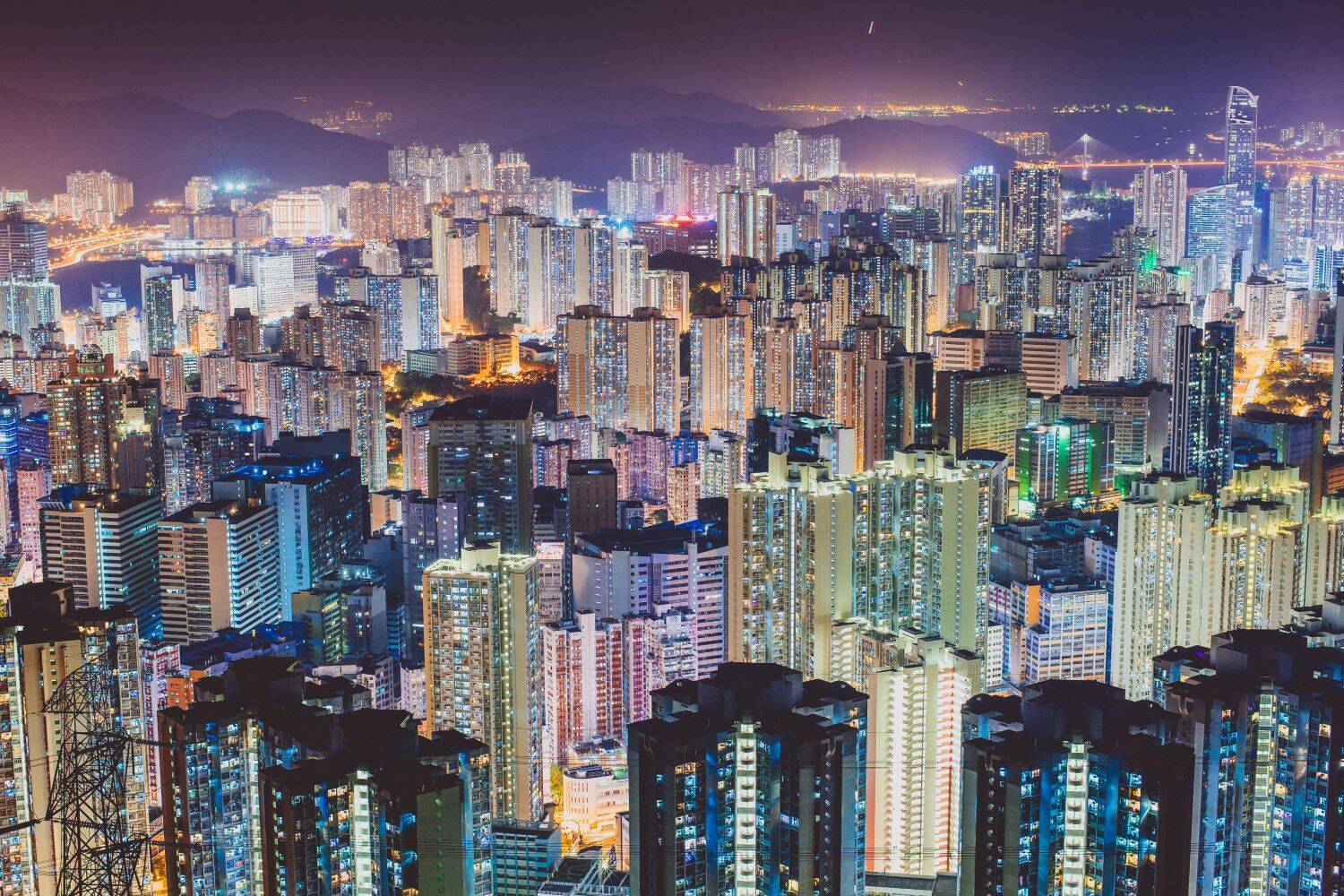