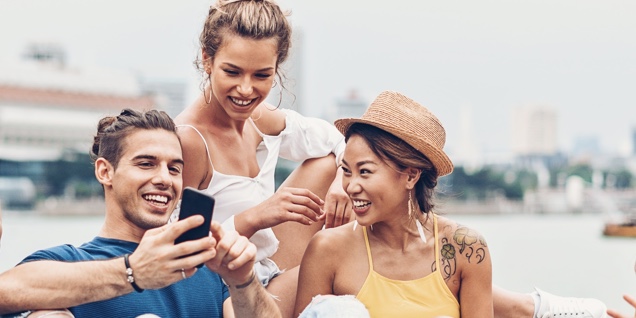 Australia is the world’s sixth largest country (well, continent) and is as vast as it is varied. Only a multi-stop holiday can begin to do it justice, which is easy with plenty of internal flights connecting all the top places that should be on your itinerary. Cosmopolitan cities, unique wildlife, tours of the wine regions, Aboriginal heritage, uncrowded beaches, tropical rainforests and so much more, can easily be savoured in one incredible, luxury Australia holiday.

City slickers will find that Australia’s major cities boast all the hallmarks of an enviable lifestyle where shopping opportunities, museums and art galleries meet harbourside bars, green parks, opportunities for dining alfresco and beautiful beaches. Each has its own brand of pulling power: Sydney aims to wow with landmarks including the iconic Harbour Bridge and the Opera House, while Melbourne is known for its charm, festivals and the Melbourne Cup. For wine-connoisseurs, Adelaide is the gateway to the world-renowned Barossa Valley and blissfully remote Perth never fails to attract those looking for truly unspoilt stretches of sand.

Make more of the outdoor way of life with a number of special experiences including the chance to explore Queensland’s Great Barrier Reef on a diving trip amongst the corals and technicolour fish, or the opportunity for a sailing trip through the Whitsunday Islands, a little piece of heaven perfect for beach picnics and swimming. Meanwhile, the Gold Coast offers a classic holiday vibe where leisure activities including world-class golf, fishing, surfing, theme parks and nightlife put the cherries on the cake.

You may prefer a stroll or a river cruise through the Daintree rainforest, keeping watch for tropical birds and perhaps even a croc or two. Take a guided tour in the Blue Mountains, so-called due to the haze given off by the eucalyptus trees. Keep your eyes peeled for wild kangaroos and koalas. It would be a shame not to learn a little about Aboriginal culture and Uluru (formerly named Ayers Rock), a fascinating place to begin your education on the legends passed down from the ancestors of the Anangu people. For something truly ‘once in a lifetime’, book a table here for fine dining in the desert beneath a star-studded sky that will have you gasping at its beauty.
See hotels

The South Pacific’s Fiji is an archipelago of more than 300 islands of which only about 100 are inhabited. It’s about an 11-hour flight from Los Angeles and 4 hours from Sydney, Australia, so expect to meet a lot of Aussies while you’re here. Back in the day, you may have encountered cannibals if you happened to find yourself shipwrecked on the islands; nowadays, Fijian nationals comprise a healthy mix of ethnic Fijians, Indians, Chinese, Europeans and various Pacific islanders – all very welcoming. That reality is just one of the reasons the destination is so popular. But there’s more...

Including the fact that this is a true, tropical paradise. Because of its geographical location, the weather is clement year-round, and with pristine beaches, azure waters, coral reefs, volcanic mountains and lush green vegetation, there are other things to do besides lolling on the beach (or poolside) at a gorgeous resort, cocktail in a coconut shell in hand. Or maybe not. From your resort, there will be snorkelling and diving opportunities, boating excursions to be undertaken and a whole host of resort activities to keep you ‘busy’.

The vast majority of travellers arrive at Nadi International Airport on Viti Levu, the biggest island in the archipelago and home to the nation’s capital, Suva, a bustling place with British Colonial architecture. It’s home to the Fiji Museum, worth a visit if you have time to kill, and the Garden of the Sleeping Giants (a great place to stretch your legs). It’s here that you’ll find a vibrant night-life, something you should not expect at the luxury resorts on the collection of islands known as the Mamanucas, no doubt where you’ll be heading. For a somewhat more budgeted holiday, not far from Nadi are tiny coral cays with names like “Bounty” and “Treasure Island” with resorts and beautiful beaches that are sure to appeal.
See hotels

If the only images of French Polynesia you can conjure up are those of Paul Gaugin’s, it’s time you made plans to visit. Because, while you may be quasi-familiar with Tahiti and Bora Bora, and you may be able to find their general location on a map of the world, there are some 118 islands here in five archipelagos just begging to be explored. Not all are inhabited, but each has a picture-postcard vista of barrier coral reefs and blue lagoons, and one or two have super-chic city streets for action-packed adventure as well as heavenly, elegant resorts for indulging holidays. French is the official language spoken (and Tahitian), but English is widely used.

All international flights come into Tahiti, the country’s most developed island. The capital, Papeete, is a bustling metropolis, and it’s worth spending a night or two here to take in the Paul Gaugin Museum and to do some shopping (black pearls, anyone?). Head to a resort on one of the pristine beaches, but don’t overlook some of the smaller islands for day trips, where lush landscapes, lagoons and grottos make for wonderful, memory-making hotspots.

The heart-shaped island of Mo’orea, for one, is a fabulous starting point for divers and snorkelers eager to explore barrier reefs. Feeding the massive, “sacred” blue-eyed eels of Huahine (another island) is a once-in-a-lifetime way to experience an amazing, local ritual. If you’re staying on Bora Bora, Maupiti island is a destination option. But if you’re looking for fine dining and a whole lot more, Tahaa is a choice destination. Then, there’s the Marquesa Islands where Gaugin is buried (on Hiva Oa). Made famous (in the US, anyway) by the Survivor TV series, the Marquesas are a group of ten mountainous islands northeast of Tahiti. Just don’t plan to stay the night...

Should you find yourself with a few free weeks on your hands and wanderlust sets in, destination New Zealand is well worth considering. The two landmasses that make up the country – the North Island and South Islands – in addition to 600-odd smaller islands, have oodles of everything necessary to ensure your time spent here will make memories for life. Think mountains (the Southern Alps), glaciers, wine-tasting, culture, incredible scenery, food, shopping, wildlife, adventure, sports, and the list goes on...

Auckland on the North Island is the country’s most populous city, often the point of entry for visitors. There’s an abundance of things to see and do (and eat) here, but it’s an especially good spot for visitors to acclimate themselves with the Māori culture with a visit to the Auckland War Memorial Museum. Adventure seekers can walk (and jump from) the country’s tallest building, the Auckland Sky Tower which is 328 metres high. Those who prefer a more traditional type of walk can go for a hike across the country (literally) as Auckland is situated on New Zealand’s narrowest neck of land.

Make your way down to the southernmost tip of the North Island to the country’s cool little capital, Wellington. As New Zealand’s cultural hub, there are many museums and galleries to explore, including The Weta Cave where movie buffs will delight in exploring the exhibits of props for "Lord of the Rings" and other films.

Head to the South Island, and if you can tear yourself away from the lakes, mountains, penguins and adorable towns along the way, head to Christchurch, the largest city on the island. Punting on the Avon River and heritage tram rides are highlights. Make time to take the TranzAlpine scenic train journey between Christchurch and Greymouth if you can. The scenery you’ll behold will be well worth it.
See hotels

Thank you! Abuse report is submitted.