The Silver Lining: Positives of Coronavirus

The Silver Lining: Positives of Coronavirus

Just like that, the COVID-19 pandemic has led to schools shutting, people working from home, and a dramatic reduction in travel. One silver lining is that the countries under stringent lockdowns have experienced some unintended yet pleasant advantages. Air pollution has been significantly reduced, water is becoming clearer, and wild animals are flocking back to cities. We all need some positivity to lift us more than ever and we’re here to help. Here are some heart-warming ways COVID-19 is helping mother nature heal.

Given the uncertain circumstances, in many countries’ people are encouraged to make changes in their daily routines. As mentioned, people are working from home, travel is reduced, and cafes, bars, and restaurants are shut. All of this is to help keep everyone safe and healthy. But without the usual crowds swarming and moving around, it means that the streets and the skies are empty.

The result? Coronavirus has dramatically affected economic activity meaning there are significant drops in air pollution around the world. This is especially so in the hardest-hit countries where citizens are quarantined at home such as in China and Italy. There are even suggestions that such pollution reductions will save almost a whopping 77,000 lives in China alone.

The National Aeronautics and Space Administration and the European Space Agency show that their pollution monitoring satellites have discovered impressive reductions in the amount of nitrogen dioxide in Chinese skies. According to NASA “There is evidence that the change is at least partly related to the economic slowdown following the outbreak of coronavirus”.

Since the Chinese government began to stop transport links in and out of Wuhan, where COVID-19 originates from, the entire country has executed various type of confinements. Tens of millions of people have been quarantined indoors, and a huge number of factories have been temporarily shut down.

The decline in nitrogen dioxide was first noted in and around Wuhan but rates have since lessened all over the immense country.

Likewise, satellite imagery has also shown a considerate drop in nitrogen dioxide emissions all over Italy. With a substantial reduction in daily activities and emissions that usually pour out from cars, factories, and power plants, the country is blessed with clearer and cleaner skies. 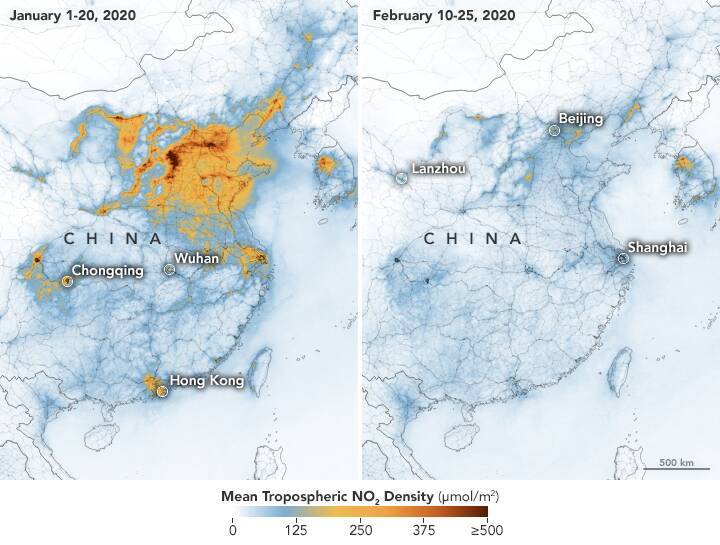 Italy’s efforts to reduce the spread of coronavirus has also resulted in a massive reduction of traffic on Venice’s popular waterways. Peer down into Venice’s canals today, and you’ll greet a surprising sight. The usually murky canals have become clearer and clearer, with shoals of tiny fish swimming in the translucent waters.

Not only that, but along the sandy beds, you’ll spot scuttling crabs and vibrant plant-life that has sprouted quickly among the chaos. Cormorant birds are flocking to hunt for the fish they can now clearly spot moving beneath the waters.

At the Piazzale Roma Vaporetto stop, a nest has been carefully fashioned by ducks. There’s even a sign stating, ‘don’t tread on the duck eggs.’ Just a few weeks ago, you’d never have imagined it possible.

Fast-moving waves created by motorised boats hoarding day-tripping tourists have been replaced with calm, tranquil, and flat waters that you can gaze straight into. And of course, the enormous cruise ships that frequent the area have dispersed too.

For locals, the sight of the empty and glistening waterways is one to behold. Under the city’s strict rules of social distancing to combat the spread of COVID-19, only outdoor trips to walk the dog or purchase food are prohibited. As a result, the ancient city that’s usually heaving with visitors has been transformed within a mere matter of days. 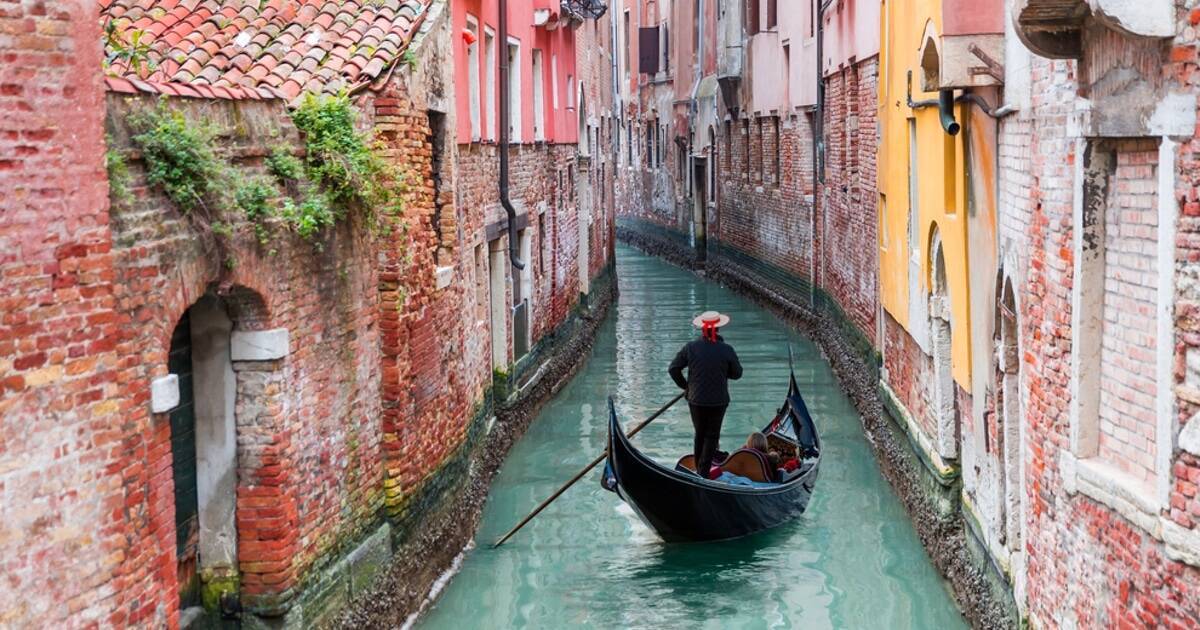 Animals Are Roaming the Streets of Italy

Likewise, thanks to the absence of visitors and the hugely reduced traffic due to Italy’s strict quarantine measures, it seems Venice isn’t the only city welcoming back a host of wildlife. Without the crowds chucking coins into the water, locals of Rome have noticed ducks enjoying a paddle in one of the city’s most popular landmarks – the magnificent and intricate Trevi Fountain.

And believe it or not, but in Sassari, which is the second-biggest town of Sardinia home to 127,525 residents, wild boars galavant the streets.

With so much doom and gloom surrounding the coronavirus outbreak, it’s nice to see that at least some creatures are benefitting from its dramatic effects. 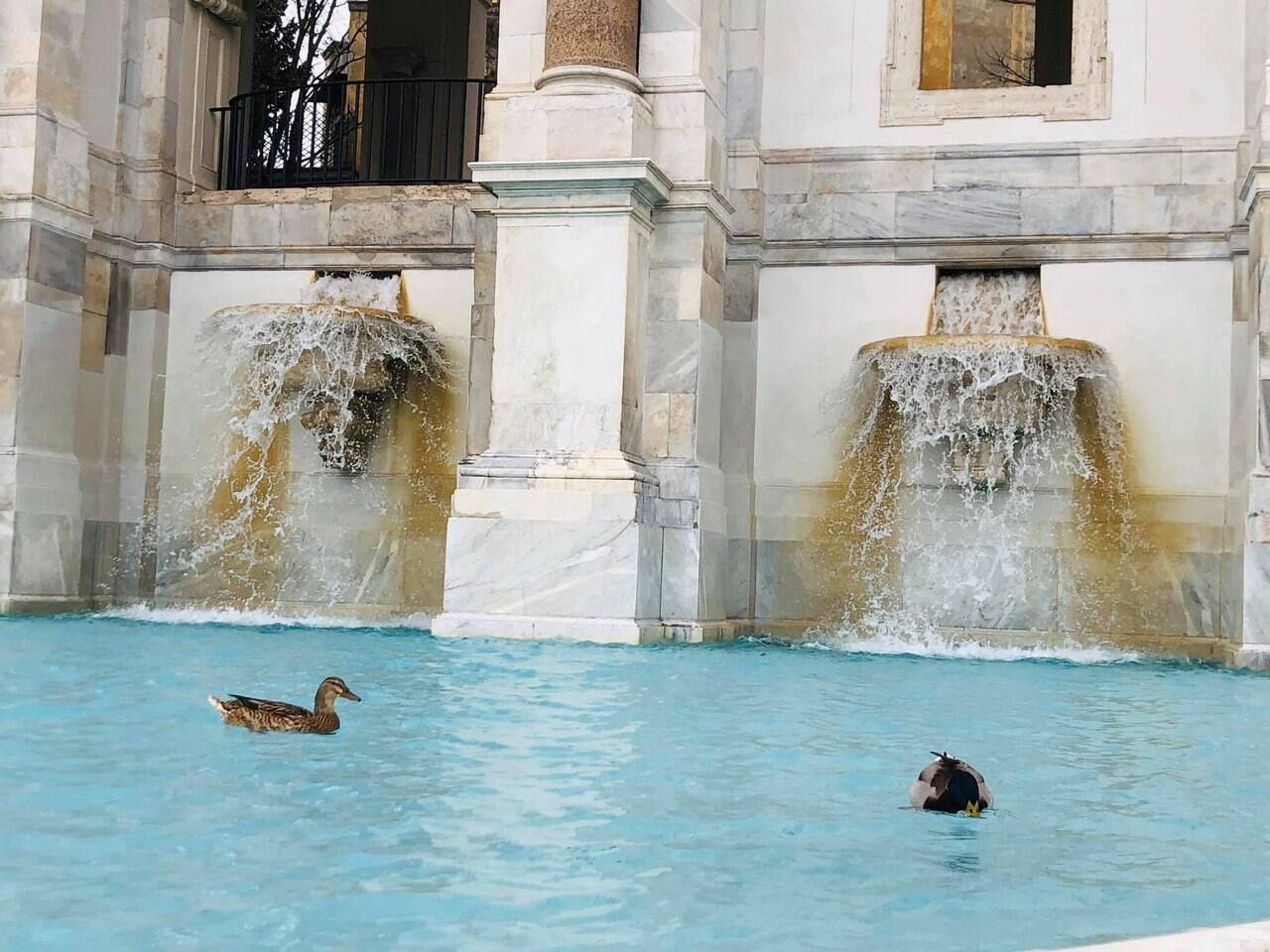